Pikes's Pool Loop
A series of 10 caches (plus 2 existing ones) near Finstall, Bromsgrove
2.6 miles/1¾ hours 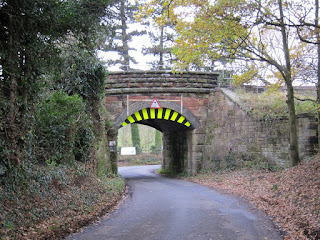 A new series was published last night near Bromsgrove, so decided to make an earlyish start after dropping our son off at work. Parked up at 7.55am, there was already a car at the parking space, didn't recognise it so hopefully we'll bump into them later.

Started at #1 and had a long search, we were getting cold so decided to have another look at the end. On our way to #2 we met Shropshire Seekers and his dog, he was doing the series in reverse order and hadn't yet found the cache so we joined in the search, luckily Mark went straight to it and signed the nice blank log book, yay a FTF!. Enjoyed a geo-chat SS very kindly gave us a hint for #1, then we went our separate ways, always great to meet other cachers out on the hunt. 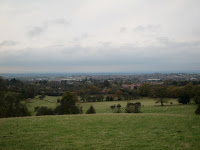 We recognised the location at the top of the hill from a previous cache we'd done back in August 2007, Bertha's Hill, fab views at the top. Found Birmingham Scouts Navigator Badge cache then on with the walk. #3 was a nice easy find, well it was for me anyway as Mark had already found it when I arrived, I'd held back to take photos of the views. #4 was very well hidden, we knew it was there somewhere as Shropshire Seekers had mentioned that he'd found the rest of the caches, so we persevered and there it was!! Hopefully the nearby houses are far enough away not wonder why there's a sudden interest in the style ;)

#5 was very easy, although we were so busy talking we almost missed it. Great views all around.

#6 On the way to this one a stampede of crazy sheep came hurtling past us. Found the cache easily then continued through the farmyard, not sure if they are used to walkers going through the gate but we were watched quite closely as we walked through the gate.

#7 a DNF here, the hint was of no help and there was quite a bit of rubbish and spiky hawthorn bushes in the ivy covered hedgerow, we had to give up after 5 mins as we'd promised our daughter we wouldn't be much longer than an hour :D 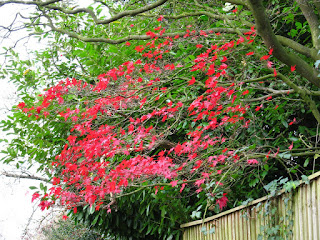 Nice to see there's still some autumn colour on the trees.

#8 Another DNF, not sure what the hint was all about as it didn't really lead to us to anything in particular. 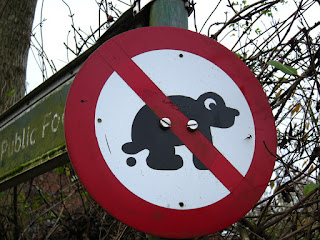 #10 Walked down through Finstall and an easy find in the only place it could be now for #1, hopefully we can find it with the extra hint. As we approached it became obvious which side of the fence we should but it was still a long search, eventually found the cache but the co-ords were showing about 80ft out. Lots of fungi around the trees here. Now back to the car and home for elevenses. 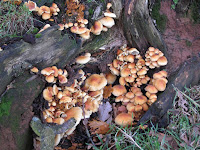