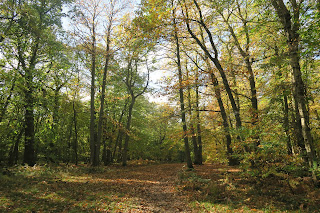 Where is the year going?  I'm so behind with writing blog posts, can't believe I haven't done one since the Yorkshire UK Mega.  I'm going to put some time into catching up with posts over the next few weeks, we've had quite a lot going on non-travel or caching related so the blog had to take a back seat.

So I'll start with a post about this weekend.

Thursday night we headed down towards Ivinghoe for the Winter Geolympix, we stopped off for a few hours in Solihull on the way to visit our son.  A 180 mile journey and we arrived in Brill about 01:30 where we'd planned to stay overnight. 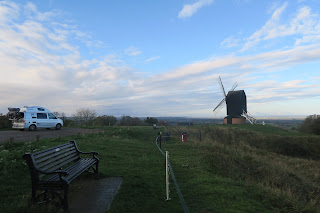 Up early Friday morning and started the day with a walk around Brill to find a few caches. 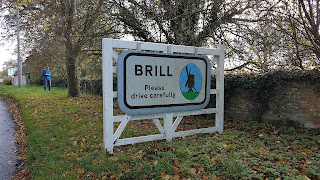 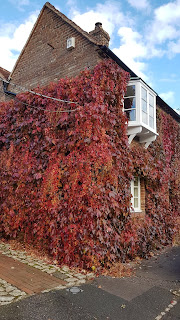 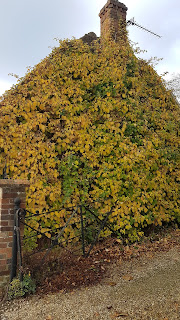 Still some lovely autumn colour around. 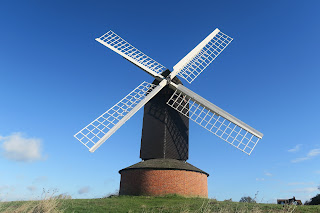 We last visited Brill back in 2008 so it was nice to come back for another look around, still the picturesque little village we remembered it to be.

Brill is well known for its windmill.  Brill Windmill provides one of the earliest and best preserved examples of a post mill in the UK. In 1967 the Council installed a structural steel framework that helps to support the mill's ancient timber frame but means that the mill is static and can no longer turn to face the wind.

From here we headed to Gibraltar.  Yep you did read that correctly - Gibraltar.... the small hamlet in Buckinghamshire.  We visited Gibraltar - the British Overseas Territory - last month (blog to follow) and whilst we were there we did a couple of multis and a letterbox where the final locations were here in Buckinghamshire.  From Rock top to Rock Bottom: Long-range LB/H!, Triumphant Triple: Plaque Buildup 3 (Ultra-Multi) and Gibraltar twinned with... Gibraltar? (Ultra-Multi)  So it was good to finally bag those.

After this it was time to check into the campsite for the weekend.  We stayed at Town Farm Campsite in Ivinghoe which was the suggested campsite for the Mega Event.  A nice little site with really good facilities.

After checking in we headed off to the Beacon Sandwich? Winter Geolympix Torch Procession event on Ivinghoe Beacon.

It was really cold and windy at the top of the hill so we didn't hang around too long, we enjoyed chatting to a few other cachers before heading back down again.

Then back to the campsite ready for an early start in the morning.

Saturday - Up bright and early ready for a day of fun-filled caching.


The Mega Event wasn't due to start until midday so we decided to find as many caches as we could on our bikes before heading to the event. 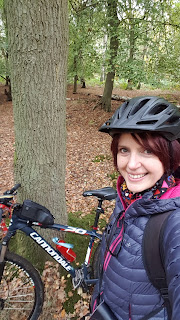 We had a great time cycling around the Ashridge Estate on our bikes, chatting to lots of cachers along the way. 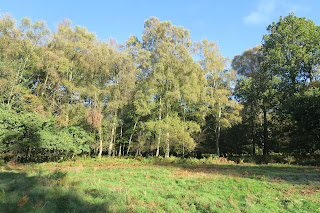 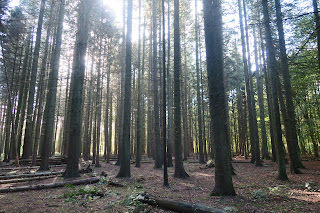 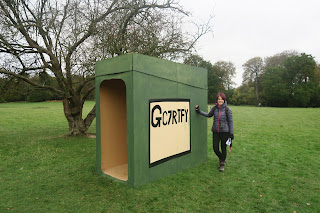 The weather started off lovely and sunny but by mid afternoon the weather had turned very dull, cloudy and cold.  We later heard reports that it was the coldest October day in 25 years!  Not sure how correct this is but it really was bitterly cold.

We then headed to the parking area ready for the night caches.

It was such a shame that it rained heavily the whole evening, so much effort had gone into setting the caches up, it was still a really good turn out despite the awful weather.

We had such a great time and the weekend went far too quickly.

We headed back to the campsite ready for another early start on Sunday.

We stopped off in Aylesbury on the way home mainly to find the new virtual and play the David Bowie Wherigo.  The virtual and wherigo were both at the new David Bowie statue. 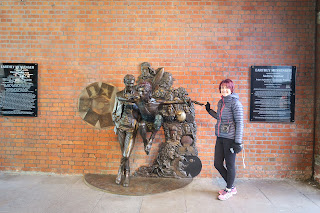 The statue was unveiled in March this year as a tribute to David Bowie who died in January 2016 aged 69.  The money was raised by a crowdfunding appeal and through that they managed to raise the £100,000 needed. 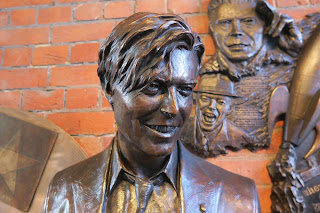 Why a statue in Aylesbury?  Aylesbury was once home to Friars, the venue where Bowie first performed as Ziggy Stardust and debuted two of his albums.

Sadly the artwork has been vandalised twice in six months - the first time within 48 hours of it being unveiled!

There is a live stream webcam available 24 hours a day, 365 days a year, so if you go along be sure to let your friends and family know so they can look out for you 😎