A lovely start to the year

I mentioned in our End of Year Review that we had some big news coming up.  Well I say 'big news' it's certainly big for us and life changing.  We have a new puppy! 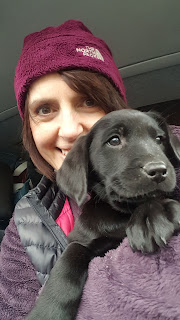 We were both heartbroken after losing Poppy and Whisper, quite close together, nearly 5 years ago, it took a long time before we decided we would like another dog.

Every time we considered getting another one there was always a reason why we couldn't, job changes, house move etc... early last year we decided that the time was right but as we had a few big trips planned and other commitments we knew it wouldn't be possible so we decided to start the search towards the end of 2018.  Finding the right breeder proved much more difficult than I'd first imagined.  Eventually we found the right breeder and we visited the litter in early January and Charlie was ready to come home last weekend.


On the morning we were due to fetch him the forecast was for snow and we had to travel to a remote village in North Yorkshire to pick him up.  Luckily the roads were passable and we were able to bring him home. 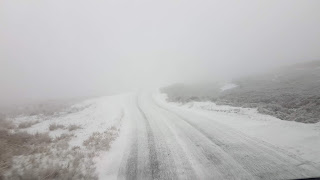 I'd forgotten just how much hard work a new puppy is but he's such a good boy and I love him to bits already and can't wait to start taking him out caching and for walks on the moors.

The other day I spotted a new Letterbox series just south east of Manchester not far from Stockport.  It looked perfect to do by bike as it was along a new cycle route.  We'd originally planned a walk in the Lakes this weekend but the weather wasn't looking great so we decided to head over to Stockport to do this series instead.
We parked at Stanley Green Retail Park in Cheadle Hulme to start the series. 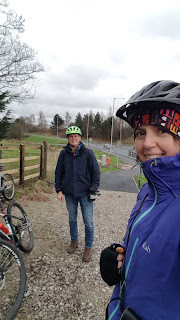 The series starts off on the bike route that follows alongside the original middle section of the A555 that was completed in 1995.  Once you reach Woodford that's where it joins the newly opened section which continues on to Hazel Grove - this new section was only opened late last year. 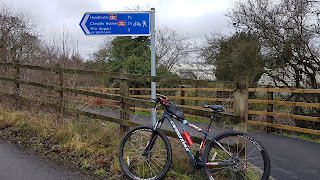 The series was really well thought out and all the caches were easily found - apart from this one >> which took a few minutes to spot.  I won't give anything away here but after 12 years of caching we have never seen a hide like it, it was one of those 'hidden in plain sight' caches and very hard to spot as it blended in perfectly with the surroundings. 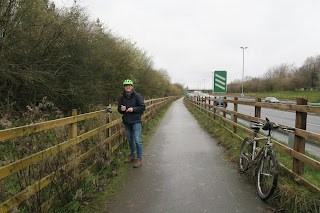 The series is a linear route and we cycled 12 miles.

One of the caches we couldn't search for due to a group of walkers that had stopped for a break so we found that one on the way back - that's one of the benefits of a linear route.

We rounded off the day by having a walk around Chadkirk near Romiley which is just east of Stockport. 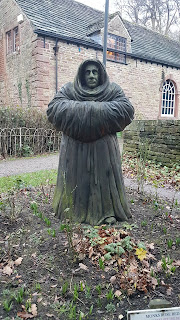