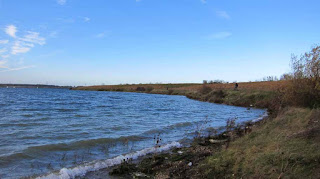 A few weeks ago I'd asked if we could all go caching as a family on my birthday, we decided to take the bikes up to Grafham Water in Cambridgeshire intending to do the series of caches around the reservoir.

We set off and it all started quite well on a good path but very soon it got muddier and muddier and it was a struggle to stay on our bikes in places. 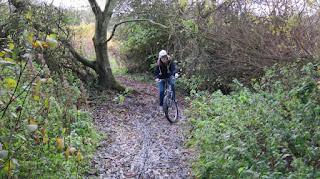 Then it was back to good track again and we were able to whiz along the paths. 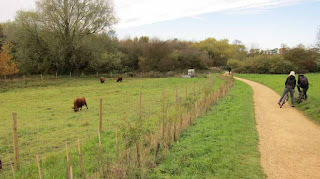 This was quite short lived and the route took us along a bridleway which in dry weather is probably great for cycling along but today it was really tough going and I had to get off and push. 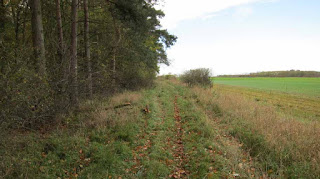 It became clear that to complete the series it was going to take a lot longer than we'd anticipated due to the terrain, also the cache containers were all film pots, a lot of them without hints so we were only giving each search 5 mins, then down to 1 min..... we decided to cut the ride short and head back to the car via a bridleway that was virtually impassable by bike and our wheels quickly became clogged with mud. Eventually we got back to the main path around the reservoir and carried on around picking up a very nice little cache on the way George's First Bike Ride, a good sized container with somewhere to sit and sign the log book (always a bonus). 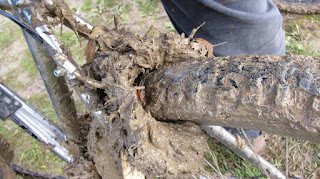 All together we cycled 10.4 miles in just under 4 hours, it was really good fun caching by bike even if in places it was hard going, anyone looking to do this series by bike I'd say leave it until the drier weather, otherwise by foot it's probably fine any time of year. 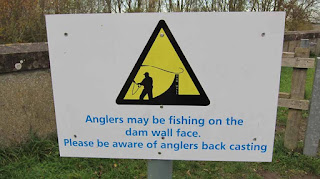 Spotted this sign on the way back to the car, made us all laugh, poor 'wall face' what on earth did it do wrong LOL! 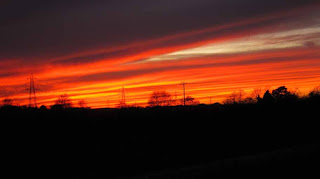 Fab sunset on the drive home!

Email ThisBlogThis!Share to TwitterShare to FacebookShare to Pinterest
Labels: caching by bike, Cambridgeshire