A short break in Portugal and Spain

We first spotted the Gato Meiga Geoart in June 2017 and planned a trip to do them in November.  Unfortunately the airline we'd booked with went bankrupt in September so we had to change our plans and found we could book cheaper flights at short notice to Madrid instead so we went and did the Cabra geoart.  As soon as we came back from Madrid we decided to book flights to do the Gato caches but as luck would have it we noticed the History of Portugal caches had also been published so decided to include those in the same trip.  But when to do them?  The obvious choice was Easter as it was after the clocks had changed and the weather might have warmed up a bit by then but the flights to Porto were crazily expensive so we decided to go the week before that instead. 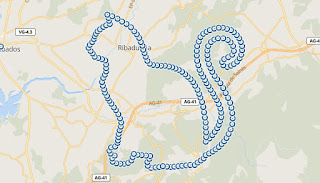 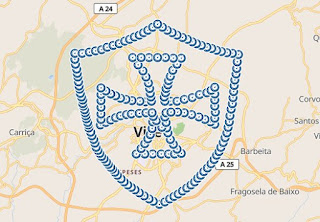 The plan: Fly to Porto with our bikes
Pick up a hire car
Drive to Cambados to do cat caches over a couple of days
Drive down to Viseu to do the History of Portugal caches,
Drive to Porto
Go home
No problemo.... Hmm

However, we hadn't banked on the weather and refreshing the weather app for the two weeks before our visit didn't give us much hope either but hey ho, we'll just pack our waterproofs. 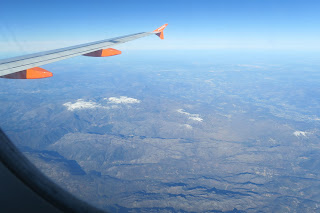 A 02:30 alarm to get our flight from Manchester to Porto, such a rude awakening! Picked up the hire car and drove the 130 mile journey to Cambados in Spain.  We arrived and the weather was sunny so we decided to make a start straight away finding the Wherigos as we knew it would be raining the next day.

We really don't enjoy drive-by caching so prefer to do this kind of trail on bikes if we can.

We bought our folding bikes about 5 years ago and they have been brilliant, we have cycled hundreds of miles on them in the UK, Germany, Belgium, The Netherlands and we've flown them to to Spain twice with us, we've taken them to America to do the APE cache and Mark also took his to Seattle in 2015.........and now they've also been to Portugal.  It's a bit of a performance getting them here but worth as we've tried hiring bikes locally and it's not always possible to do this.


We did as many of the Wherigos as we could before we had to go and check into our hotel. 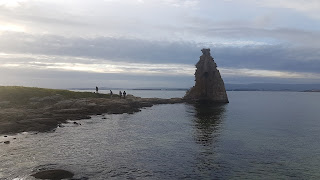 We enjoyed exploring Cambados in the evening. 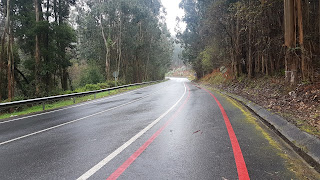 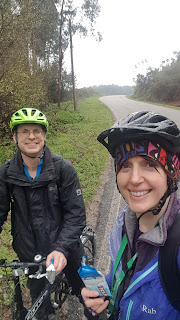 The next day, an early start and very cloudy to begin with. We set off on our bikes and it soon started to rain, luckily only light rain so we pressed on.  After a couple of hours the rain was starting to come down quite heavily so we finished the circuit we were on and decided to head back to the car. 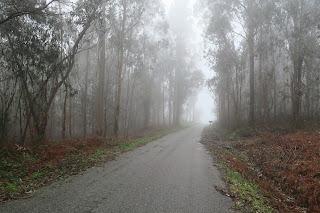 The rain was now torrential so we decided to continue the series in the car otherwise we'd never have time to complete them all in the time we had. 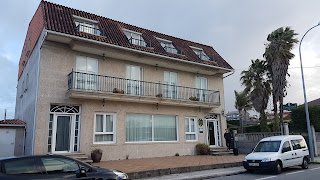 The intention was to head down to Viseu Saturday morning but as the rain had held us up the day before we had to spend the morning completing the series.  Luckily the weather was dry and we had them finished in no time at all.

We drove the 190 mile journey down to Viseu and made a start straight away on finding the caches on our bikes.  The series is perfect for cycling.  By this time I was starting to get symptoms of flu, I knew I would probably come down with it as everyone at work had had it so knew I'd have to be very lucky to escape it.  We checked into our hotel and had an early night ready for our long bike ride tomorrow in the hope I'd feel a bit better by the morning. 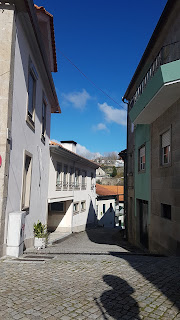 We woke to beautiful sunshine but I didn't feel any better, in fact I felt much worse!  I had to force myself down to breakfast and dosed myself up on paracetamol and if it hadn't been sunny I don't think there's any way I'd have gone out on my bike.  I dosed myself up every few hours and carried on.  We spent a long day cycling round Viseu and clocked up over 30 miles on our bikes. Being on our bikes, it was no problem to nip back into the centre of Viseu for coffee and cake. 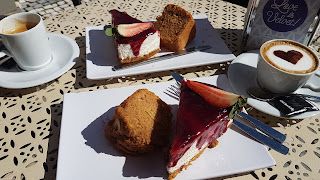 In the evening we attended an event which, as luck would have it, was just around the corner from our hotel.  I didn't stay long as I felt so ill and the pub was really smoky.  I had a wander around Viseu on my own before heading back to the hotel for another early night. 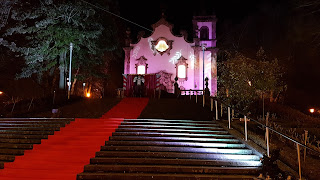 We had around 40 Wherigos to complete the series it was another day of glorious sunshine.  I still felt rotten so found somewhere to sit in the sunshine while Mark continued finding the Wherigos.  He made good time and was finished by lunch time. 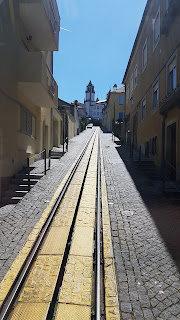 We headed into the city centre to relax outside a pavement cafe in the glorious sunshine before heading off for a bit of sightseeing and a ride on the Funicular. 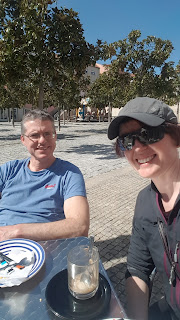 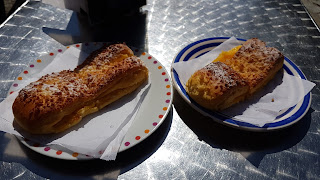 I'm a massive fan of Street Art and I love taking photos of cool murals whenever I see them so when I spotted a 'Street Art' wherigo I knew we had to give it a go.  It had a 'significant hike' attribute so we weren't sure we'd have time to complete it but made a start on it anyway. 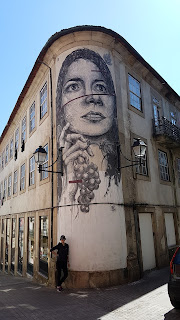 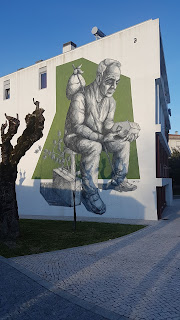 We went from stage to stage and kept on going until the sun went down and finally we reached the last zone but then when we got to the box there was a padlock with a code!! Had we missed something? We double checked the cartridge and luckily we'd triggered the combination and we were able to get the log book out. 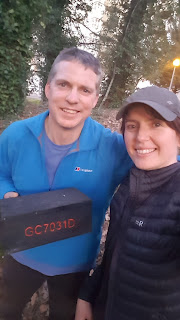 Very satisfying to complete this as the whole Wherigo was in Portuguese, with a bit of help from passers-by, our very basic knowledge of Portuguese, google translate and good old fashioned guesswork we were able to complete it.  Some of the street art we saw was awesome! 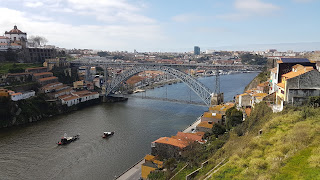 Our last day and we'd planned to spend it exploring Porto but I felt even worse when I got up in the morning, once I'd forced myself out of bed all I could think about was getting home but I didn't want to spoil things for Mark so we headed into Porto as planned and just did a couple of caches before heading to the airport. 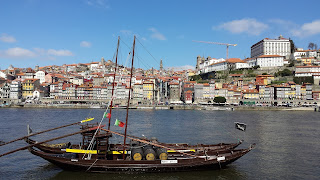 Despite being ill it was a great experience 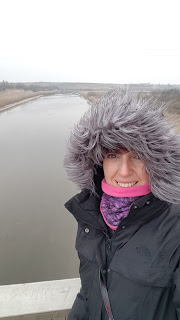 While looking at where we could go caching today, taking into account avoiding snow, we noticed this Earthcache  on the River Mersey and as luck would have it today was to be one of the best days to view it.  We had no idea there was one.

This is the second bore we have seen, having witnessed the famous Severn Bore in September 2007 when we lived in the Midlands.

A bore is a tidal phenomenon in which the leading edge of the incoming tide forms a wave of water that travels up a river against the direction of the river current.

We arrived early and did a couple of multis before we sat and waited for the wave to arrive. Better to be half an hour early than a minute too late where a bore is concerned 😀   Another cacher was also waiting, Tech 17, he was telling us all sorts of interesting info about the bore, we enjoyed a lovely chat before going our separate ways.

Here is a short video I made of the bore.... so sit back, relax and enjoy this calming film 😊