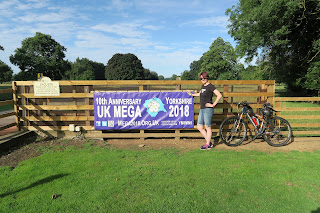 Well it's hard to believe that the 10th Anniversary UK Mega Event has been and gone.

Back in September 2016 we attended the 'Yorkshire 2018 - The Venue is Revealed' Event.  We met up with a bunch of other cachers on The Stray in Harrogate and took part in a long 'treasure hunt' which eventually led us to Newby Hall, the venue for the 2018 UK Mega Event. 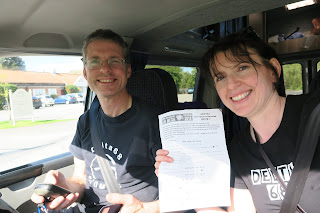 A year later in September 2017 we attended the Push the Button Event at  Newby Hall where the Mega Event was published.

Those two years just flew by.

We'd originally planned to camp at the Mega Event for the whole week and attend all the side events but unfortunately we weren't both able to get that week off from work so we attended from Friday to Sunday.

Friday
We arrived on Friday and were shown to our pitch which we thought was very professional.  The camp site was really well organised, there were plenty of toilets and hot showers and considering the site had been occupied for five days already we were amazed how spotless it was. 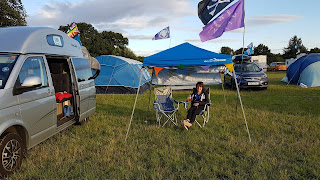 As soon as we'd set up camp, which doesn't take long in our camper van to be fair, we had a quick bite to eat and headed to the event which was an 80s themed disco.  It was a great night, we chatted to lots of friends, some we only see at the Mega Event every year.  We were so busy chatting I've realised I didn't take any video or photos of the evening ... doh.

Up bright and early and off to sign into the main event. 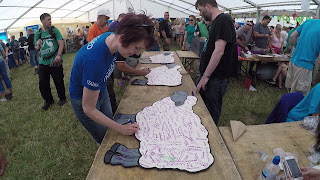 We started off by doing the lab caches, these were all situated around the same area on the mega site, so they were easy to get to and fun to do, and as always a great way of chatting to others as you mill around doing them.
Last year in Devon we missed out on the Lock Pick Village so it was great to see that it was here again. 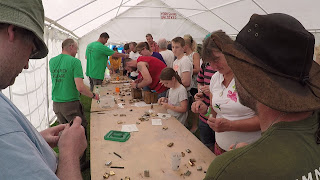 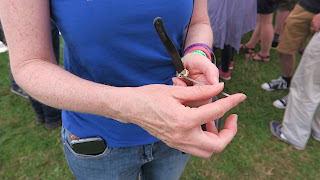 We spent ages working our way through the different locks and the grand finale was picking a lock to get a lab cache answer. 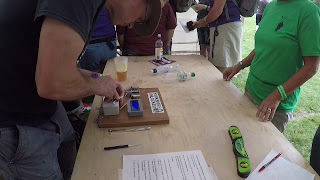 In our welcome packs we were given a ticket for free entry into Newby Hall so we enjoyed a quick look around the gardens before heading back to the site for an early tea as we hadn't eaten since breakfast. 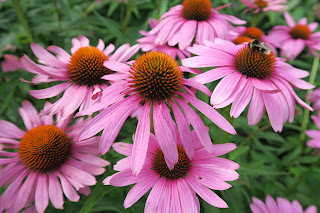 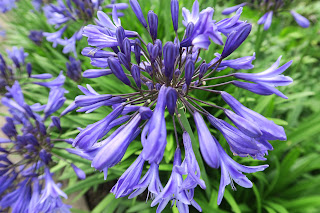 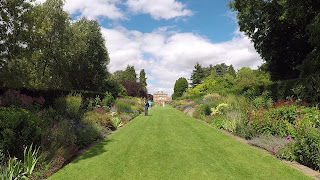 At the end of every UK mega event, there is a hand over slot, where the current Committee hand over the golden ammo can to the new committee, we arrived back at the marquee just in time to see the ceremony.
After the ceremony we started on the YM18 puzzle series.  We'd originally intended to do them on our bikes but we ended up teaming up with some other cachers to complete the series, this was great fun. 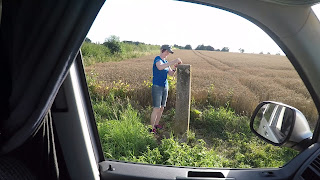 We rounded the day off by heading over to the marquee where the band Mr Jones were playing, it was another great night, enjoying a drink and chatting to friends.


Sunday
After breakfast we popped out on our bikes to find a few local caches as it was such a lovely morning. 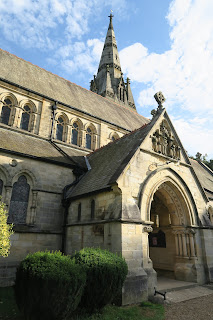 At 9:00 we headed to the marquee again to attend A Touch of Tartan event. This event was hosted by the Aberdeenshire Mega Committee and a chance for everyone to sample some Scottish grub, meet the committee and play a few games. 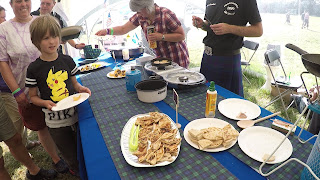 We are one of 17 caching teams that have attended all the UK Mega events from 2008 to 2018 which are as follows.

All 17 caching teams have been awarded a special TB by Richlay, the chairman of the Yorkshire Committee. 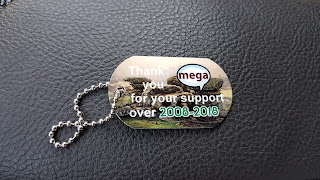 It was a lovely surprise to be given this.  We have thoroughly enjoyed all of the Mega Events, well let's face it if we didn't enjoy them then we wouldn't go to so many would we? 😀

Around midday we decided to head towards home, stopping off for a few caches along the way. 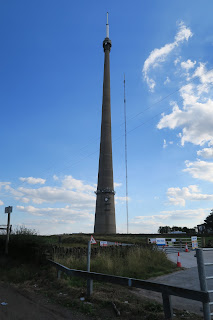 We've seen this transmitter from a distance a few times recently and have wondered what it is, we got much closer on Sunday, it's Emley Moor transmitting station and at 330.4 m it's the tallest freestanding structure in the United Kingdom - fun facts 😀


Another interesting find - The Denby Dale Pie is a huge communal meat and vegetable pie baked to commemorate special occasions.  Each pie has to be larger than the last.  There have been ten communal pies:

1788 - To celebrate King George III's recovery from madness. A game pie baked at the White Hart pub.
1815 - Napoleon's defeat at Waterloo. The pie, contained "two sheep, twenty fowls and a half a peck of flour".
1846 - The Repeal of the Corn Laws.
1887 - Queen Victoria's Golden Jubilee. The 1 ½ ton pie proved to be rotten, possibly through poorly-handled game, including what appeared to be a skinned fox. It was paraded through the streets in funeral style and buried in quick lime.
September 1887: The 'Resurrection Pie' baked (without game) to replace the failed Jubilee pie.
1896 - Fiftieth Anniversary of the Repeal of the Corn Laws. 2000 portions supplied.
1928 - To raise funds for Huddersfield Royal Infirmary. 16ft. long, 5ft. wide.
1964 - Celebration of Four Royal Births.
1988 - Bicentenary of the First Denby Dale Pie.
2000 - The Millennium Pie, in a dish designed by The University of Huddersfield School of Engineering, measured 40ft by 8 ft, held 5 tons of beef, 2 tons of potato, a ton of onions and nearly 200 pints of John Smith's Bitter. 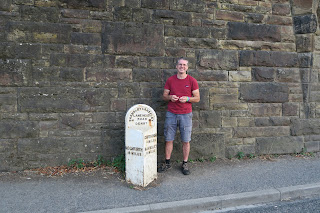 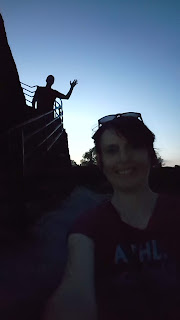 To sum it up, we had an absolutely fantastic weekend.  The Mega Event was brilliant fun and the Committee and Mega Makers have worked tirelessly over the last couple of years and it really shows, they put on a truly professional event and we've taken away with us some very happy memories of a top weekend.