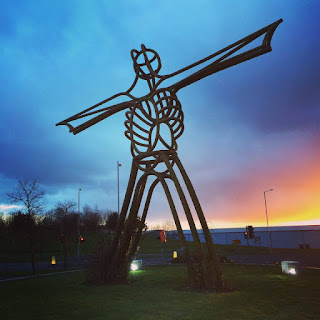 Has it really been 3 months since our last blog! This is a bit of a rambling catch-up post as it's been such a long time since the last one.

Caching has taken a back seat this year as we've been moving house. We've had to relocate to the Lancashire area which has been quite stressful to say the least. It wasn't an easy move to make as we'd lived in Warwickshire for most of our lives but now we're here we're looking forward to exploring our local area and it's fantastic to see so many caches to find and great walks to go on not far from home. It's funny because we often joked that we'd have to eventually move house once we'd exhausted all the caches in our local area. 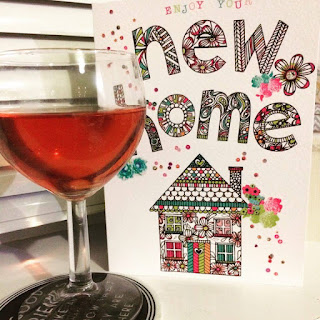 After moving in we had to wait two weeks to get broadband connected, yes TWO WHOLE WEEKS. Doesn't sound like long until you realise just how much we rely on it now and just about everything is done 'on-line'. It took two weeks to get a land-line sorted too! I started to get used to not having internet though and got quite a bit more done without the distraction.  Even though our house is fairly new we were keen to put our stamp on it straight away so I've been getting stuck into the painting and decorating.

Anyway enough of all that......back to caching.... At the end of last year we had our usual chat about what we were going to do in the upcoming year with regards to caching trips and holidays. For a while now we've both been wanting to make some changes and set ourselves new challenges and maybe go off in another direction but we just didn't know what.  We have enjoyed being the UK's top Mega Event attendees for quite a few years and if we wanted to maintain this status then it would mean repeat trips to countries and places we've already been to, something neither of us is keen on as it's no longer a challenge, we only get a few weeks off work a year so this probably isn't the best way to spend it and just paying flying visits to another country for a weekend doesn't really do it justice and, to us, a wasted opportunity.  There are so many places we want to visit and things we want to do and other interests, this just didn't seem the best use of time.  So the news that we were moving came just at the right time really as it made the decision much easier.  We realised we'd be right on the doorstep of the beautiful Lake District, a place we've always wanted to explore more - and a challenge I've always been interested in is walking all the Wainwrights but living so far away before meant it was difficult to get stuck into the challenge - The Wainwrights are the 214 fells as described in Alfred Wainwright's seven-volume Pictorial Guide to the Lakeland Fells. Compiled between 1952 and 1966 and consisting entirely of reproductions of his manuscript. I think to date we've done 1 - so straight away this became an obvious and fun challenge to set ourselves.

This year we will have been married 25 years. Time flies when you're having so much fun.

Back in 1991 we spent our honeymoon backpacking around Turkey, we were very young and it was all very exciting and scary, at the time we described it as 'character-building' and our families said we were mad as Turkey was suffering quite badly due to the Gulf War and it wasn't exactly the #1 destination for UK holidaymakers at the time.  We were young and didn't see the dangers back then. At the time one of Mark's brothers was living in Hendek, about 120 miles from Istanbul, he assured us we'd be fine and for our wedding present he very kindly paid for our flights to Turkey and we spent a few days with him before going off our own for a couple of weeks just with our backpacks, we visited Cappadocia, Pamukkale, Ankara, along the Mediterranean coast and back to Istanbul. The visit to Istanbul was fraught and stressful due to there being no tourists - the only 'foreigners' we met were two girls from Kent who were also backpacking. At the time we said we'd never go there again but then as time's gone by we thought revisiting after 25 years would be a fantastic idea as we could concentrate on the sightseeing we couldn't enjoy on our first visit. So last October we booked a holiday to Istanbul and chose a lovely hotel, we were to spend 5 days exploring the wonderful city of Istanbul.... how exciting! At the beginning of this year news of a suicide bombing in Istanbul worried us, then other atrocities started to occur which seemed to be targeting tourists, we started to have serious doubts we were doing the right thing. With all the stress of the move and the worry of the trip we decided to cancel a couple of weeks ago

Very disappointed but can sleep now without the worry of it.... but what to do instead to celebrate......

Which brings me on to my next ramblings.... A change of team name!  We've changed it to 'Deltas UK' we have been wanting to change it for quite some time but never really sure to what... we briefly changed it to Donna and Mark but we realised just how many things are connected to the 'Delta' name and not just in caching... so we've settled on Deltas UK as most people seem to refer to us as the Deltas anyway....