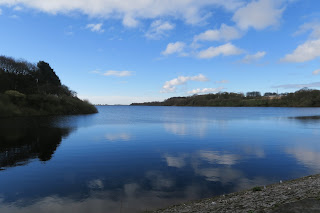 We last visited the Rivington area back in July 2009, we had a very wet family camping trip and it's really strange that this is now so close to where we are living, we had no idea back then that this area would one day be our home.  We're starting to feel a lot more settled now and really looking forward to getting our teeth into finding the local caches in the area and getting on with some puzzle solving.

The forecast was for sun all day so we decided to take a walk around Lever Park and do a few caches in the area. 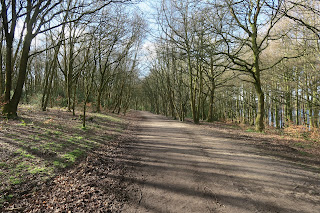 Such an interesting place with so much history.

Lever Park is named after William Lever, Lord Leverhulme.  Lever is the founder of Lever Brothers the cleaning product company, he began manufacturing Sunlight Soap and is also responsible for other brands such as Lux and Lifebuoy.  We learnt all about him when we visited the amazing village of Port Sunlight on the Wirral a couple of years ago.  Port Sunlight was built to house Lord Lever's employees.  Well worth a visit and there's a brilliant Wherigo there too..... anyway I digress, back to Lever Park......


William Lever gifted 360 acres of land to the people of his native Bolton as a public park.  During Lever's lifetime he maintained the park at his own expense and when the park opened in 1904 it had a boating lake, zoo, tree lined avenues, he also built a folly, Rivington Castle, a scale replica of Liverpool Castle. 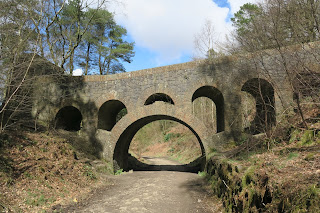 The original wooden Roynton Cottage which was the private property of William Lever was destroyed in an arson attack in 1913 and a stone replacement was built.  The private gardens were designed between 1905 and 1922 and contained terraces, a pool, Japanese lake, pagoda, Italian style gardens, a seven arch bridge and Pigeon Tower with Lady Leverhulme's sewing room on the top floor.

A Bolton brewer acquired Roynton Cottage after Lever died and then during the Second World War the bungalow was requisitioned to be used as a billet for troops. After the war the site was acquired by Liverpool Corporation who then decided to demolish the building.


In 1974 the park and gardens were passed to the North West Water Authority and following privatisation 'United Utilities'.  Today they are maintained as a public country park and have recently been awarded Lottery funding to safeguard the future of the gardens.

Then we continued on up to the tower on Rivington Pike.  Rivington Pike is a hill summit on Winter Hill and is part of the West Pennine Moors.  Great views at the top! 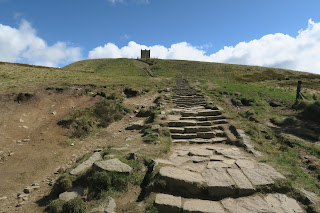 The Tower on the pike is a Grade II listed building. Originally built in 1733 as a hunting lodge and watchtower.  Apparently inside it's a single room and has a cellar.  It was to be demolished in 1967 by the then owner Liverpool Corporation (seems like they wanted to demolish everything! ) but after public outcry and a legal battle Chorley Rural District Council restored the building in 1973.  This is also now owned by United Utilities.