We picked a short, circular walk, not far from home, of about 8 miles to do this afternoon, starting from Whitnash, Leamington Spa in Warwickshire and going out to the village of Harbury then back again. 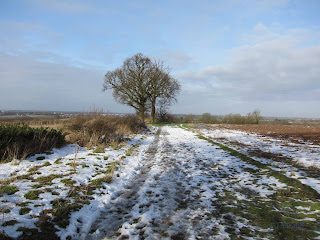 The ground was frozen and very slippery underfoot when we set off but as the sun was shining the snow soon started to melt and then the ground just became very wet.  In places the route was flooded but not impassable with good boots and gaiters. 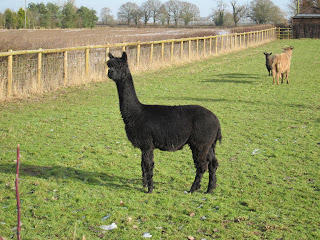 Half of the route we have walked previously but since then Marrow Bone has put down a few more fill-in caches.  We didn't mind walking the route again as it's a nice walk and there are no cows to contend with.  When we reached half way we realised we were following cachers Ailec Noir, as we were quite late setting off we didn't expect to see them but we hoped we might. 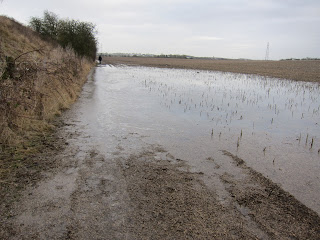 Really enjoyed the walk which we completed in a little over 4 hours which included stopping for our lunch half way.


Whitnash to Harbury (and back)