A weekend of Wainwright Bagging and a cache or two

This weekend we decided to head back up to the lakes to bag a few Wainwrights.  As our planned walk was about 13 miles we thought we’d travel up on the Friday evening and stay in our usual spot near Keswick ready for an early start on Saturday morning. 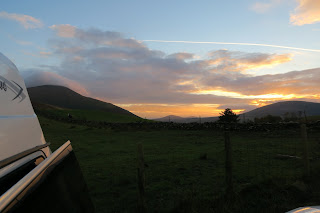 Saturday morning up bright and early ready for our walk.  We set off from the small car park at the top of Gale Road and headed off towards Lonscale Fell. 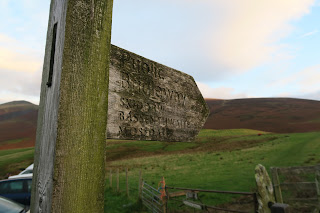 We followed an easy track which seemed a little too easy and before long we had to turn and head directly up the fell for about a mile.  This was really hard going as it was quite steep. The sun was shining and before long we’d really warmed up.  I was finding it a real struggle as I’m just getting over a nasty head cold and have awful catarrh which is taking a while to shift so found breathing quite hard and I had to keep stopping to get my breath.  Eventually the ground started to flatten out slightly and I was able to make better progress. 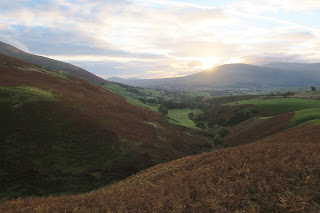 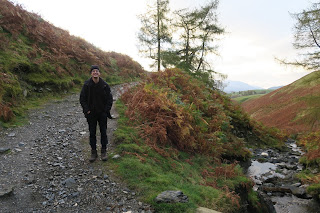 Before long we reached the summit of Lonscale Fell - 2344ft and our first Wainwright of the day.

From the summit we followed the path across Jenkin Hill, which at 2411ft is a Birkett and a Synge, then it was a steady ascent up towards Little Man, our 2nd Wainwright of the day.


By now it was starting to get quite cold and we could see thick mist coming up from the valley and engulfing the summit of Skiddaw.  As we ascended it started to get much colder and  when we reached the ridge the wind was really strong and we had to put on more layers as it was so bitterly cold. 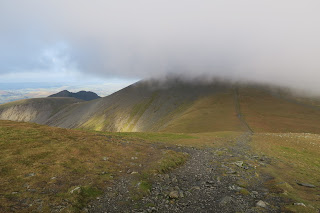 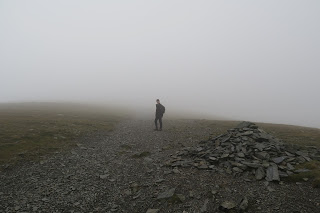 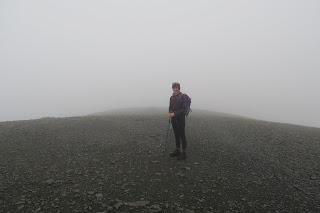 Once at the trigpoint we were joined briefly by another couple of walkers, they touched the trigpoint and went back the way they came, they didn’t hang around long as there was no view to be seen and the wind was so strong but we had a cache to find so we stuck around a bit longer.

After we’d found the cache we continued along the ridge and soon descended to Bakestall via Blake Hill.


There was a cache to find at Bakestall and this was also our 4th and final Wainwright of the day.

We were glad to get on lower ground as it was much milder and we were able to loose a couple of layers.  Soon found ourselves on the Cumbria Way which would take us past Skiddaw House. 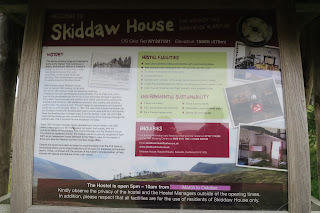 At 1550ft Skiddaw house is the highest YHA hostel in Britain and is situated 3.5 miles from the nearest road so accessible only by foot or mountain bike. 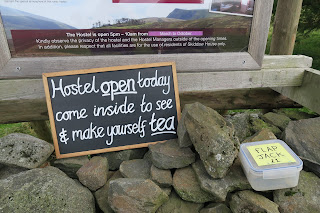 There was a little honesty box on the wall with flapjacks in which we thought was a nice touch and a welcoming sign inviting passers-by to go in an make tea. 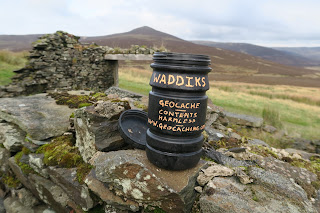 We continued along the Cumbria way which was a very scenic walk and mostly level following the contours of the valley until we reached the bit of the walk where we’d climbed steeply up to Lonscale Fell.  We knew at this point we only had a mile or so to go. 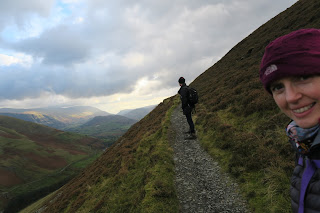 We took a short detour near the end of our route to Hawell monument.  I'd seen it in my Wainwright Pictorial Guide so had been looking out for it.  The Hawell Monument is a memorial to two Skiddaw shepherds, Edward and Joseph Hawell of Lonscale. There is also a third name inscribed on the base, Robert Walker Hawell.  The inscription on the base reads:

The memorial was reputedly erected by Canon Rawnsley, one of the co-founders of the National Trust, who was a friend of the Hawell family.

Then it was back to the camper for a brew.  As we were sitting there we noticed a sheep that had got loose from the field and was desperately trying to get back into the field, her mates were bleating helplessly the other side of the fence.   Mark went off to try and round it up but it wasn't having any of it so I went over to the gate, opened it and stood the other side, after a bit of coaxing and beckoning she came trotting over to me and the open gate and raced off to join her friends Yay!  Good deed of the day done.

Then it was off to Booths for supplies for tea and tomorrow’s walk.... oh and use of the free wi-fi.

A bit of a lazy start to the day after bacon butties.

The plan for today was to bag 2 Wainwrights – Knott Rigg and Ard Crag.

My heel had been giving me grief yesterday, each weekend since I've had my new boots it's been a problem.  I thought it was just a case of wearing them in but when I took them off yesterday I decided to investigate further and inside the boot itself there was a lump in the lining at the same point that my foot was sore.  I’d left my old (spare) boots at home so had no choice but to wear the new boots. I’d got some chiropody gel that I bought years ago for an old foot complaint and managed to pack out my heel and hope for the best.

We parked in Little Town and passed Newlands Church at the start of the walk.  The exact date of the origin of Newlands Church is unknown, but is believed to be some time in the middle 16th century.

After about 2 miles the route went steeply up the fell-side and this put a lot of pressure on my heel and it became agony to walk.  I took off my boot and there was a large, red raised lump on the back of my heel. The option was to go back down the fell-side and give up or continue another half mile up to Knott Rigg.  If I could just get up to the ridge this would then be the halfway point which should then be fairly plain sailing from then on.


Giving up wasn’t an option really as I was determined to bag this Wainwright - although Mark did offer to carry me, bless him

- so I dug around in my rucksack and found some more foot padding, cut up a few pieces with my trusty Swiss Army knife and lined the back of my boot – it worked like magic and I was able to continue up to the summit of Knott Rigg without too much pain in my foot – The boots are going back to the shop as soon as I get home!

Although sunny it was really exposed and windy along the ridge but the views were fantastic.  Finding a sheltered spot for a bite to eat wasn’t easy but we put on an extra layer and it wasn’t too bad.

From where we were sitting we were able to see Sale, there were a number of people tackling quite a craggy section along the ridge.  That’s a walk for another day. 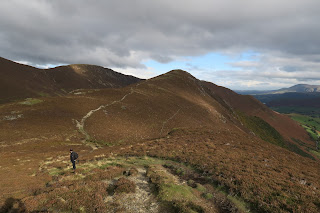 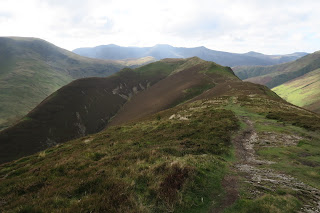 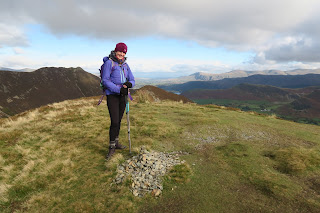 Once back at the road we approached a row of houses and at the same time we both stopped and said ‘Hey it’s the cottages off The A Word!’ 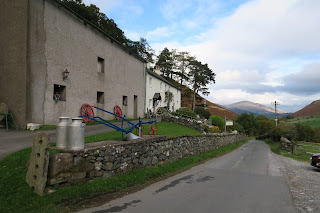 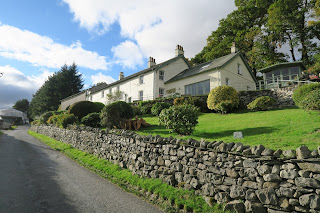 The autumn colour in the lake district is absolutely beautiful at the moment and the walk back to Little Town was an absolute joy, autumn really is my favourite season. 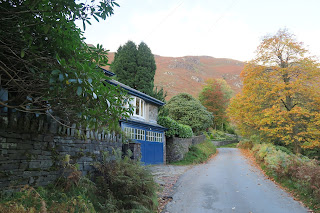 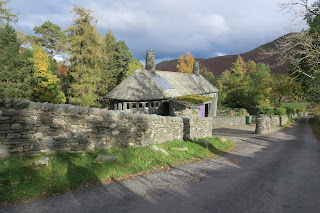 The end of yet another fabulous weekend.... roll on the next one.