Back in The Lakes again this weekend, haven't been here for a few weeks so were unsure what to expect weather-wise so decided to do a 'low-level' walk.  Arrived Friday night and set off at 8.00 am walking through a deserted Ambleside. 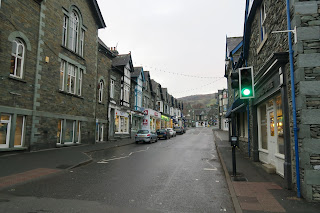 It's not very often we see it this quiet.

The route took us up past Stock Ghyl Force. 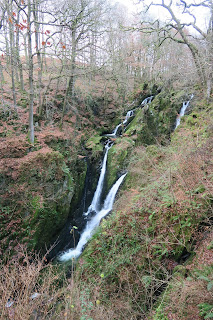 The old full height turnstile was evidence that they used to charge for entry into Stock Ghyl Park. 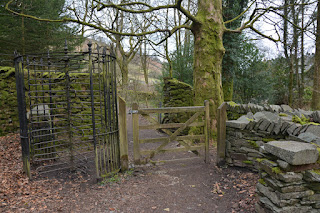 We then continued up to the summit of Wansfell Pike which although having spectacular views is not actually a Wainwright - the Wainwright is Wansfell, also known as Baystones, which is slightly higher and marked by a cairn at the other end of the summit ridge. 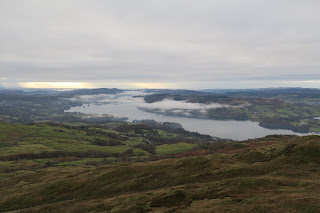 We were loosely following a small series of geocaches, Wansfell Wanderings but the detour to Baystones meant missing a couple of them out.


After Baystones we cut down the fell side to a curious old double-walled drovers' road called Nanny Lane. 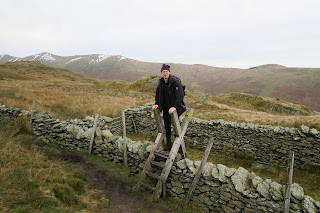 Nanny Lane eventually brought us out onto the lane at Troutbeck which we followed for a short way before picking up the bridleway back to Ambleside, passing through Jenkin Crag and Skelghyll Wood on the way. 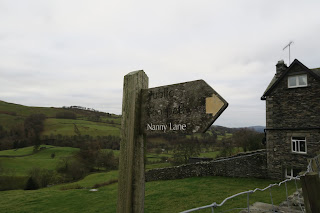 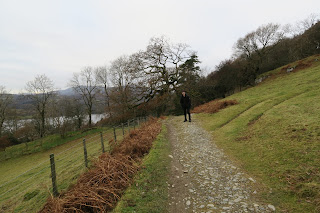 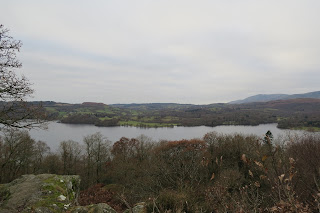 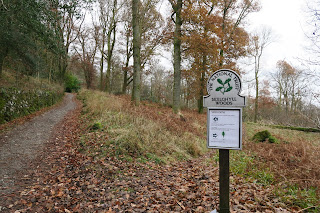 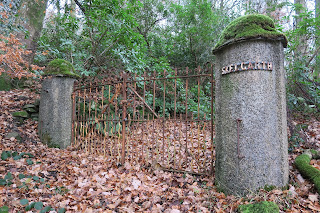 On our walk we had spotted a horse-shoe shaped building from above while looking down on Ambleside which we hadn't noticed before and as we got closer we realised it was a garden centre, it looked really inviting all lit up with Christmas lights, so we stopped off to have a mooch and as luck would have it they were doing a Weber barbecue demonstration - yeah in the winter! - FREE FOOD!  We had pigs in blankets, baby jacket potatoes with cream cheese, fancy roast sprouts and hot chocolate brownies all for FREE! 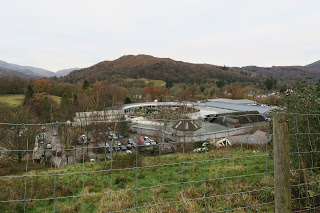 Then we had a lovely wander round Ambleside before heading back to the campervan to put the night heater on and watch a movie - yup all mod cons. 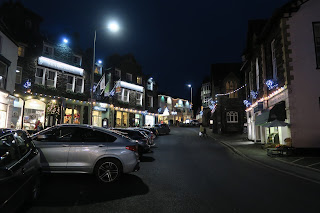 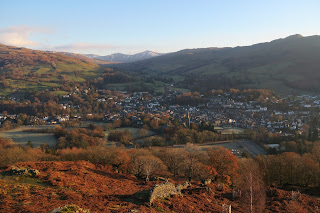 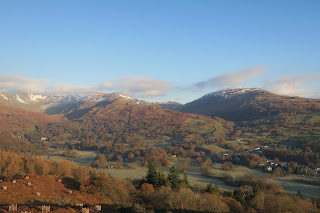 We woke up to a hard frost and the sun was just coming up.  We had time constraints today so just had a short walk around the foot of Loughrigg, taking in fabulous views of Ambleside and the snow topped fells beyond.  We found a few caches that we'd missed last time we were on Loughrigg. 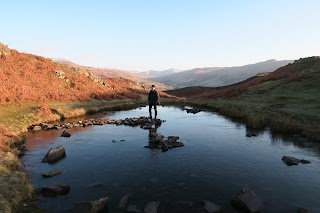 On our way home we popped in to Sizergh Castle and had some cheese on toast before having a mooch in the gift shop and wander round the gardens which would probably be more impressive in the summer so we will be back.  Also there was multi which we solved and found before heading home. 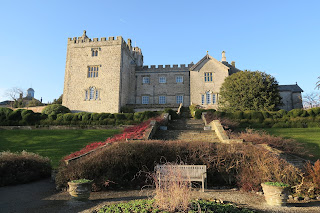 Hope to be back in the lakes again very soon.
Posted by Donna and Mark at 20:30