Only a week until Christmas and we thought we'd sneak in another weekend away in the camper van.

Back in October we were on our way back from Whitby in North Yorkshire and I spotted a prominent hill in the distance. I checked the map and saw it was Roseberry Topping, by the time we reached it the sun was setting.  I told Mark I had to climb that hill!  We decided it would be daft to set off now as by the time we reached the top it would be dark and we wouldn’t have much of a view.  So I made a mental note that we’d return as soon as we could.

Today was the day. 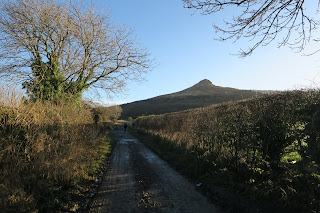 We arrived at the car park by 9am and there were only a couple of cars.  Although Roseberry Topping is owned by the National Trust unfortunately the car park isn’t so there is a charge.  We’d normally look around for free parking but on this occasion we decided to pay the fee as there didn’t seem to be any good alternatives.  The charges are £2.50 for 2 hours or £4.50 for over 2 hours.  There was a bit of a power trail around the hill but we decided just to take the direct route up to the summit to bag the YOSM and Earthcache so we worked out that 2 hours should be plenty.  According to research this is a very popular walk and during the summer months gets very busy so we were pleased that all seemed quiet on this chilly but sunny morning. 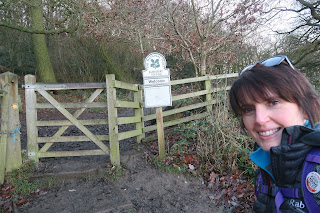 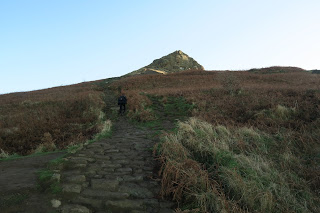 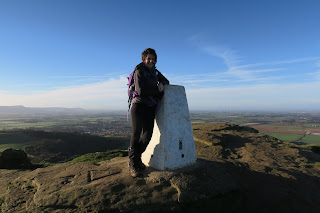 The walk to the top took us 40 minutes.  The route started off quite muddy, then as we passed through the gate at the bottom of the hill the rest of the way was clearly marked by stone steps which were muddy and slippery in places.  As it was such a clear, sunny morning the views were absolutely fantastic and we could see for miles.  There was quite a bit of graffiti, cut into the stones and on the trigpoint, which was a bit sad to see but was typical of this type of hill – easy to get to from nearby towns and a relatively short, easy climb to the top where no specialist walking gear is required. 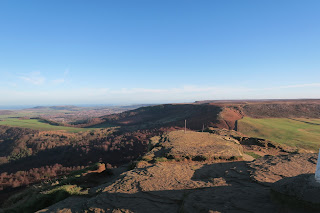 We’ve seen some odd things out caching but this is the first time we've seen anyone walking a goat!  The funny thing was that the goat was walking off the lead and was happily followed his owner wherever he went.  I got talking to the man but he didn’t seem too keen on conversation, it was almost like he thought walking a goat at the top of a hill was the most natural thing in the world. 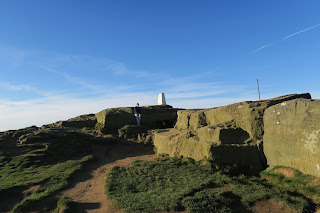 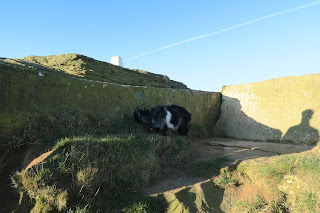 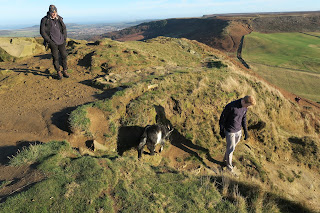 The walk back down was quite perilous on the slippery rocks but luckily we made it back to the car within the 2 hours.

We passed a sign describing the geology of the hill and it mentioned that Roseberry Hill is known as the local ‘Matterhorn!’, which I thought was quite amusing as I had thought the same thing when I first saw it in the distance but obviously on a much smaller scale.

The rest of the day was spent bagging a few virtuals in the area.

It was dark really early today, in fact by 4pm it was pretty much dark but at least from next weekend the nights will be getting lighter as for the last few days the sunset has been the earliest it will be.  Even though we haven't had the shortest day yet it's nice to know that the nights will be starting to draw out again very soon.

We'd stopped the night part way between Darlington and Durham and soon after setting off towards Durham,  I noticed an unusual road layout on the OS map so we stopped to investigate. It was the lovely little village of Brancepeth 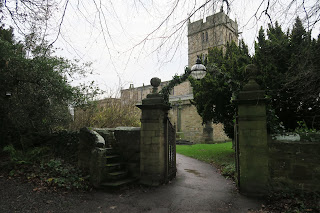 We headed into Durham today.  Durham is the county town of County Durham in North East England. The city lies on the River Wear just south of Newcastle upon Tyne and to the north of Darlington.  Its Norman cathedral became a centre of pilgrimage in medieval England. The cathedral and 11th-century castle were designated a UNESCO  World Heritage Site in 1986.

We’d never been to Durham before so had been really looking forward to a wander around. 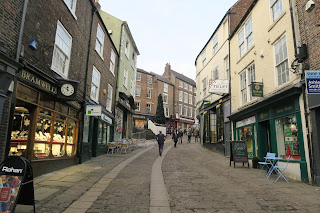 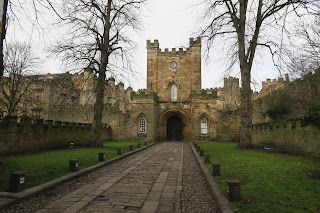 We had spotted an old multi from November 2002 so decided to do that and pick up any other caches along the way.  On the way we stopped off at the visitor centre to do the Durham World Heritage Site cache.  I love finding ‘indoor’ caches, we’ve found quite a few now and they are great fun. 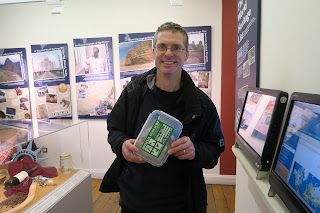 Before starting the multi we had a look around Durham Cathedral.  I was keen to find the Sanctuary knocker that I’d read about in the visitor centre.  It was really funny because we asked the lady that worked in the visitor centre where we could find the famous Knocker and she didn’t seem to know and said that the knocker couldn't be seen at the moment as it was covered by scaffolding. She then asked another guy that worked there and he seemed to think that it used to be inside the cathedral but has been moved to the British Museum but we would find a replica knocker inside the cathedral.  So off we went in search of the knocker, we looked all around, there was a service going on so we didn’t like to ask anyone where to look.  We made our way back out again having given up then Mark started looking around with a big grin on his face saying ‘Nope, no idea where it is’ and above his head was said Sanctuary Knocker… well the replica anyway. 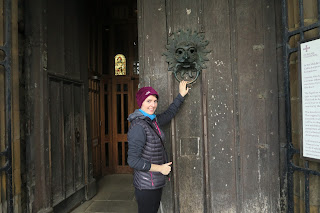 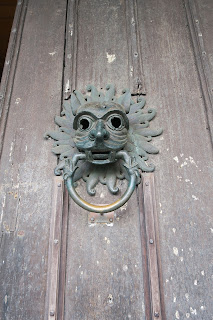 The Sanctuary Knocker, played an important part in the Cathedral’s history. Those who ‘had committed a great offence,’ such as murder in self-defence or breaking out of prison, could rap the knocker, and would be given 37 days of sanctuary within which they could try to reconcile with their enemies or plan their escape. 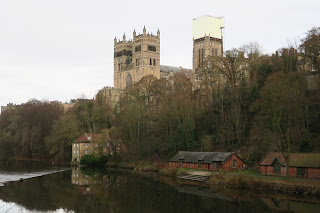 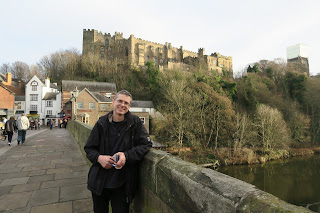 The multi was an old-style ‘virtual’ multi.  It took us to lots of interesting places that I doubt we’d have known about if it wasn’t for the multi taking us there.  There were lots of little streets and interesting alleyways called 'vennels' to explore along the way and great views of Durham Cathedral too.  The sun put in appearance in the afternoon and the weather was unseasonably mild. 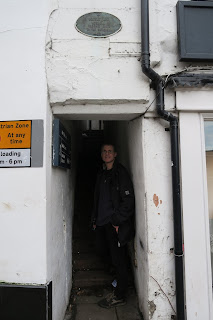 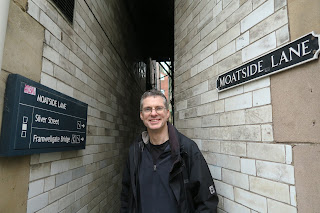 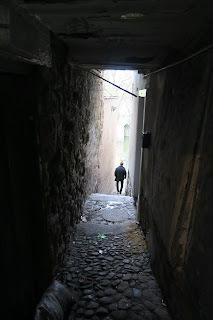 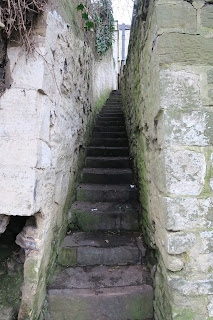 The multi took a long time to complete and by the time we finished it was almost dark. 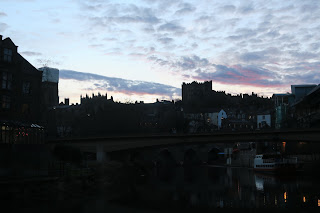 On our way home we bagged another virtual and also the LQ Durham. 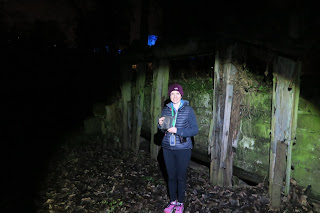