We'd originally booked a few days away in Cornwall back in March but our house sale went through much quicker than expected and we had to move house the week we'd booked our trip so had to cancel it.  We were hopeful that we'd be able to fit in a trip before the end of the year and managed to get a couple of days off work to make a long weekend.

After a 300 mile journey we arrived just after midnight on Bodmin Moor.  It certainly was a long way!

We decided to spend the morning tackling a few of the Compass caches.  We solved these earlier in the year in preparation for our trip.  We're not big fans of drive-by caching so we decided to try and walk to as many as possible. 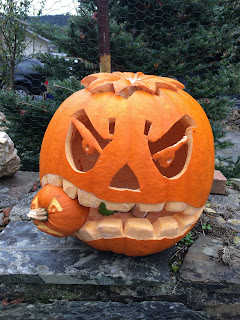 The series is one large loop so it's not possible to break it off into sizeable loops so we had to walk to a few then relocate the cachemobile then walk to a few more, quite time consuming as some of the caches were really hard to find, mainly due to the time of year and the amount of leaf debris on the ground.

I think we managed 27 before we decided it wasn't the best use time on our short break in Cornwall.  We may tick off a few more on our next visit. 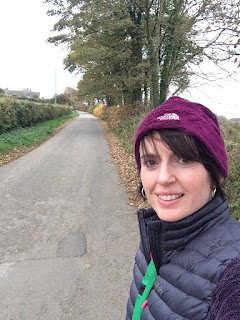 For the rest of the day we played a couple of Wherigos including, Anchors Aweigh in Charlestown - It was raining when we arrived so we made a brew while we were waiting for the rain to stop.  It was good to be back in Charlestown, enjoyed the walk around the village and it was a fun Wherigo. 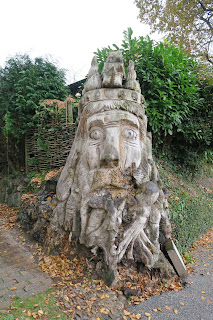 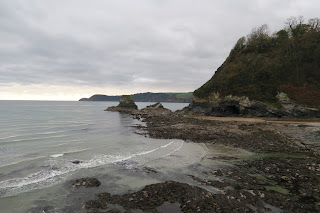 We stayed overnight at Nare Head, such a beautiful place and so peaceful. 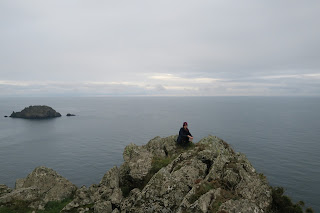 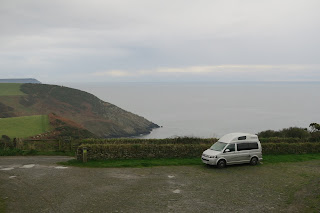 Early next morning we enjoyed a walk out to the cache there which was in a fab spot.

We had a lovely leisurely day playing a few Wherigos and generally just having a relaxing time before heading off to our campsite to freshen up before heading off to the GIFF event which was hosted by our caching friends Spooky Luke and Cornish Candy. We met caching team 'The Forgetful Elephants' who were also staying on the caravan site.
It was a great way to spend such a wet evening.  We enjoyed ice cream during the interval and it was lovely to see all the fab films.  I would love to come up with an original idea for a film to enter the competition next year.... better get thinking.

A series of Wherigos had been published on Dartmoor a few days before we set off on our trip so we decided to stop off on our way home to break up the journey slightly. 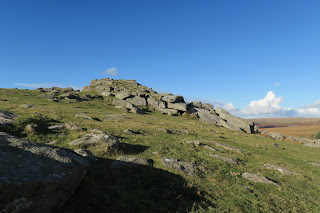 They were called War Horse Ramble, so called as they are set in an area where the film War Horse had been filmed.  This was really interesting as we love visiting filming locations.  I need to create a separate blog I think of ones that we've visited, would be a good way to record them all. 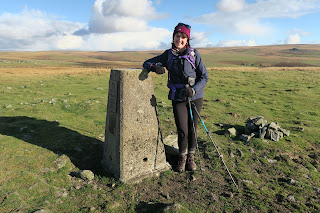 We thoroughly enjoyed our walk around Dartmoor, it's an area we weren't particularly familiar with and is definitely a place we are going to return to in the future to explore further. 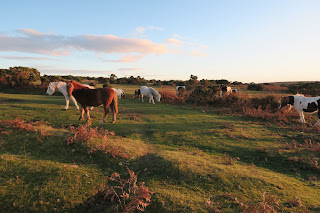 Once it was dark we headed into Tavistock to play the town trail wherigo.  This was a great way to spend the evening, we stopped off half way round for chips and just as we finished we were treated to a firework display! 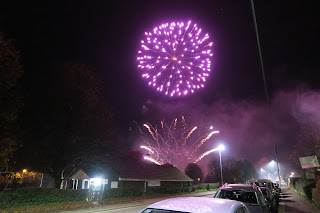 We have to make our way home today unfortunately, the time has gone so fast. 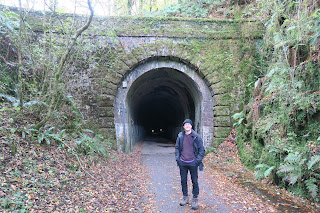 To break up the journey we stopped off on our way back to find an old cache, play a couple of Wherigos, make hotdogs on Paignton sea front and find a couple of virtuals. 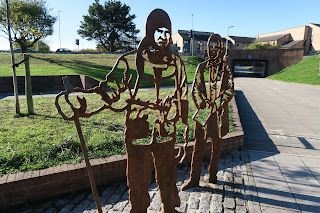 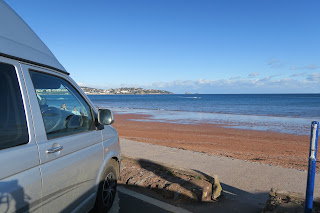 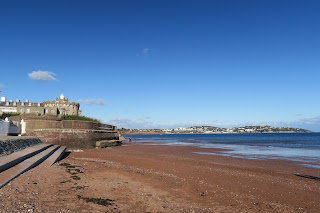 All in all a great trip.