A day out in the Peak District

One of our favourite areas of the country to visit is the Peak District but we don't visit anywhere near as often as we'd like to.  Our daughter is at Uni right on the edge of the Peak District and has enjoyed many walks with the uni walking club and is always showing us photos of the fantastic places she's been - when we go there it's usually just to pick her up or drop her off, or most recently to move her belongings from her flat to her house so there's usually very little time to go on any decent walks.

We were only free on the Saturday this weekend so decided to visit Piratemania just for the day and at the same time take the opportunity while in the area to find some must-do caches. 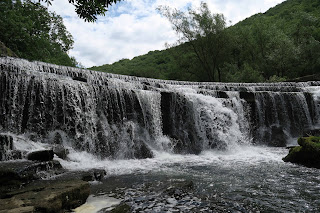 This was a virtual at Monsal Dale.  The car park at Monsal Head wasn't free so we managed to find free roadside parking further down the road.  The view from Monsal Head is breathtaking, we have driven this way before but have never found time to stop so it was great to finally be able to explore the area.  The walk down into Monsal Dale was simply beautiful and we thoroughly enjoyed the walk.  We made a circular walk of it which took us back along Headstone Viaduct and into Headstsone Tunnel which is part of the Monsal Trail. 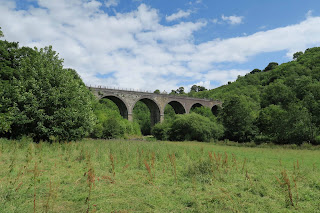 The Monsal Trail runs along the former Midland Railway line for 8.5 miles between Blackwell Mill, in Chee Dale and Coombs Road, at Bakewell.  The route was opened to the public in 1981 but four of the six railway tunnels remained closed due to safety reasons and reopened again in 2011.  We walked through the tunnel and back again before heading back up to Monsal Head. 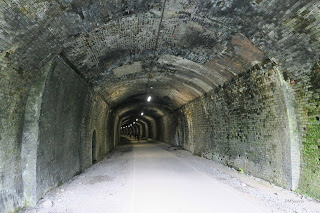 The Tunnel is one of six on the Monsal Trail.  We will definitely be back another day to cycle the full Monsal Trail as it looks amazing. 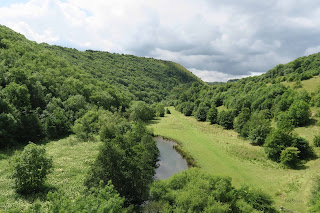 Then it was off to Froggatt Edge to do Jonah's Journey.  This has been on our to-do list for many years, in fact we originally had the plan to come here when we were at the first Piratemania back in 2008 but ran out of time, since then it's been pushed down the to-do list but finally, today was the day - and also it meant that it would tick off the Geocaching Road Trip Let's Get Extreme Souvenir rather nicely. 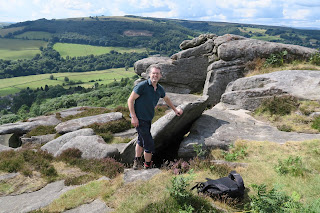 Then it was back to the mega event to finish finding the lab caches and to play the Wherigo, Pegleg's Treasure (which we'd finally been able to download after driving around to find network coverage for our phones).  This took quite some time as we were stopping to chat to lots of other pirates along the way so by the time we'd finished it was time to set sail and head back home.  Stopping on the way to find LQ: Derbyshire. 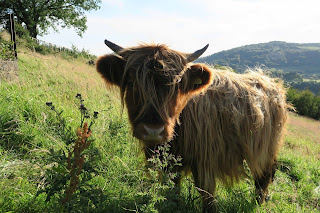 We're making quite good progress on this series - the last few months we've been combining trips to National Trust properties (another of my many interests) with ticking off more LQ caches.  It's been so much fun and has taken us to some great locations.   Our latest find, LQ: Derbyshire, was in a great spot next to Riber Castle which overlooks Matlock - a great location with fantastic views.  Incidentally, Riber Castle was used as one of the filming location for the 2004 film 'Dead Man's Shoes', I remember watching it back then recognising the location from a previous visit to the area in 2001 so I was really pleased to see this cache was near to it.  Unfortunately the area is fenced off so we couldn't explore. 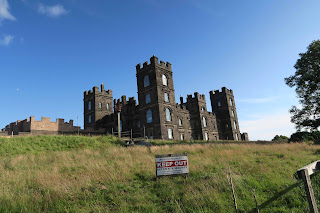 We had such a fantastic day and we are definitely going to make the effort to explore this area more often in the future as our visit has left me craving for more.
Posted by Donna and Mark at 14:12