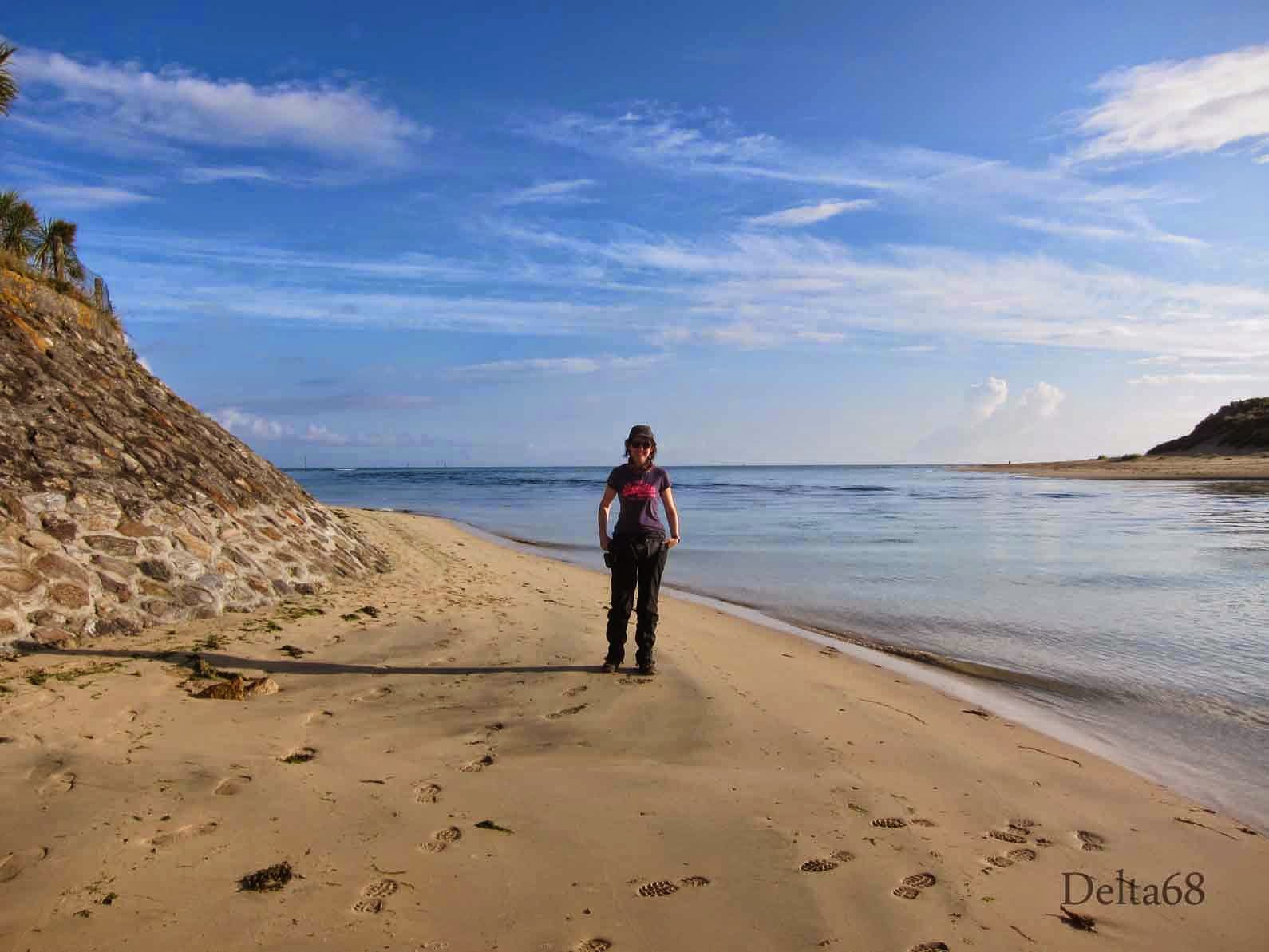 Out of all the places I've ever visited Cornwall is by far my most favourite destination.  I have very fond memories of childhood holidays there and Mark and I took some of our first holidays on our motorbikes together in Cornwall, I have lost count of the amount of times I've visited and am always looking for excuses to re-visit.  So when Mark told me there was a couple of caches he 'needed' to find for a challenge and also a new Wherigo to play I said 'I'M IN! When are we going?' 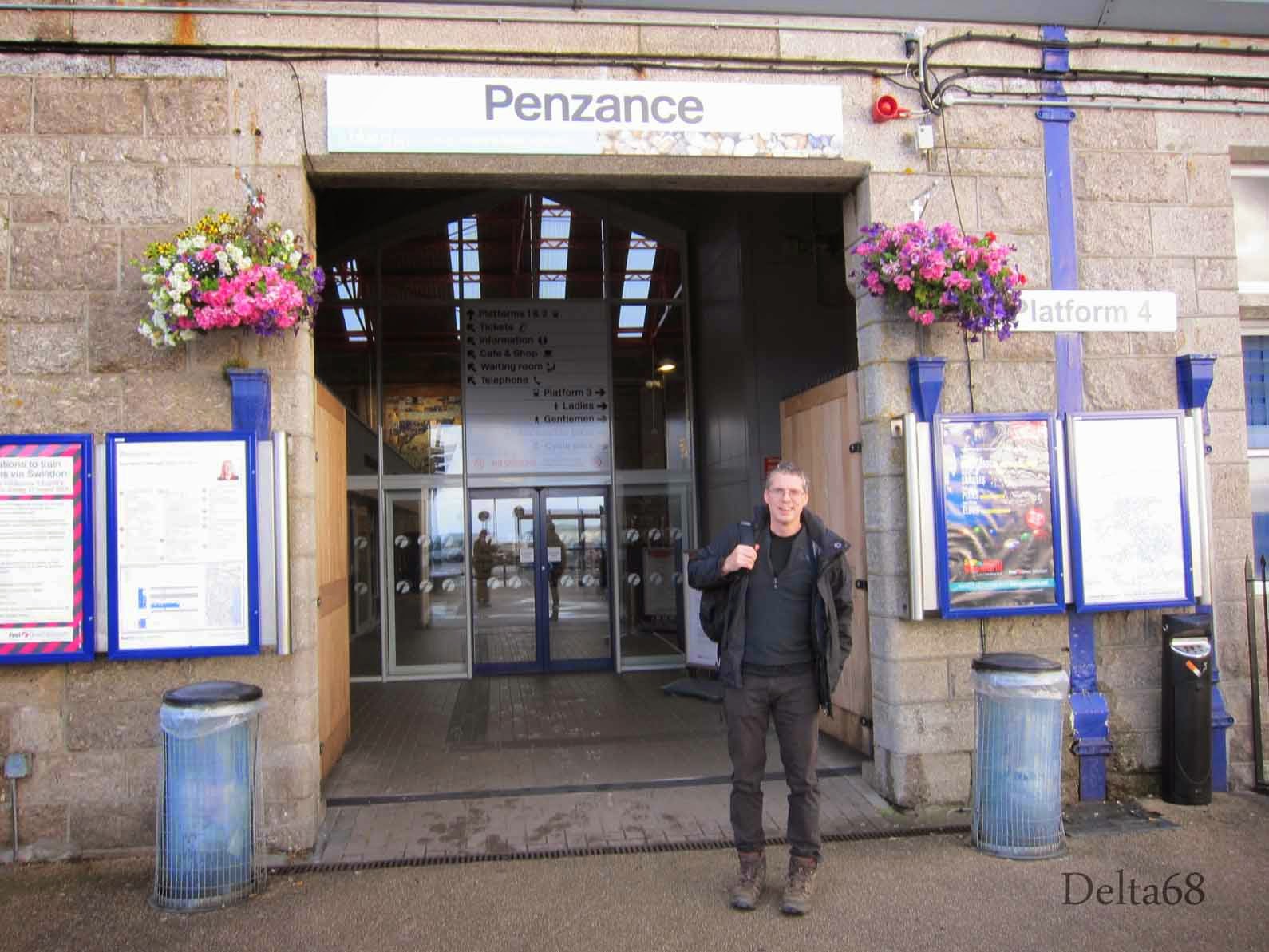 We set off after work on Friday afternoon for the 213 mile journey to Roche in mid-cornwall which was to be our base for the weekend. 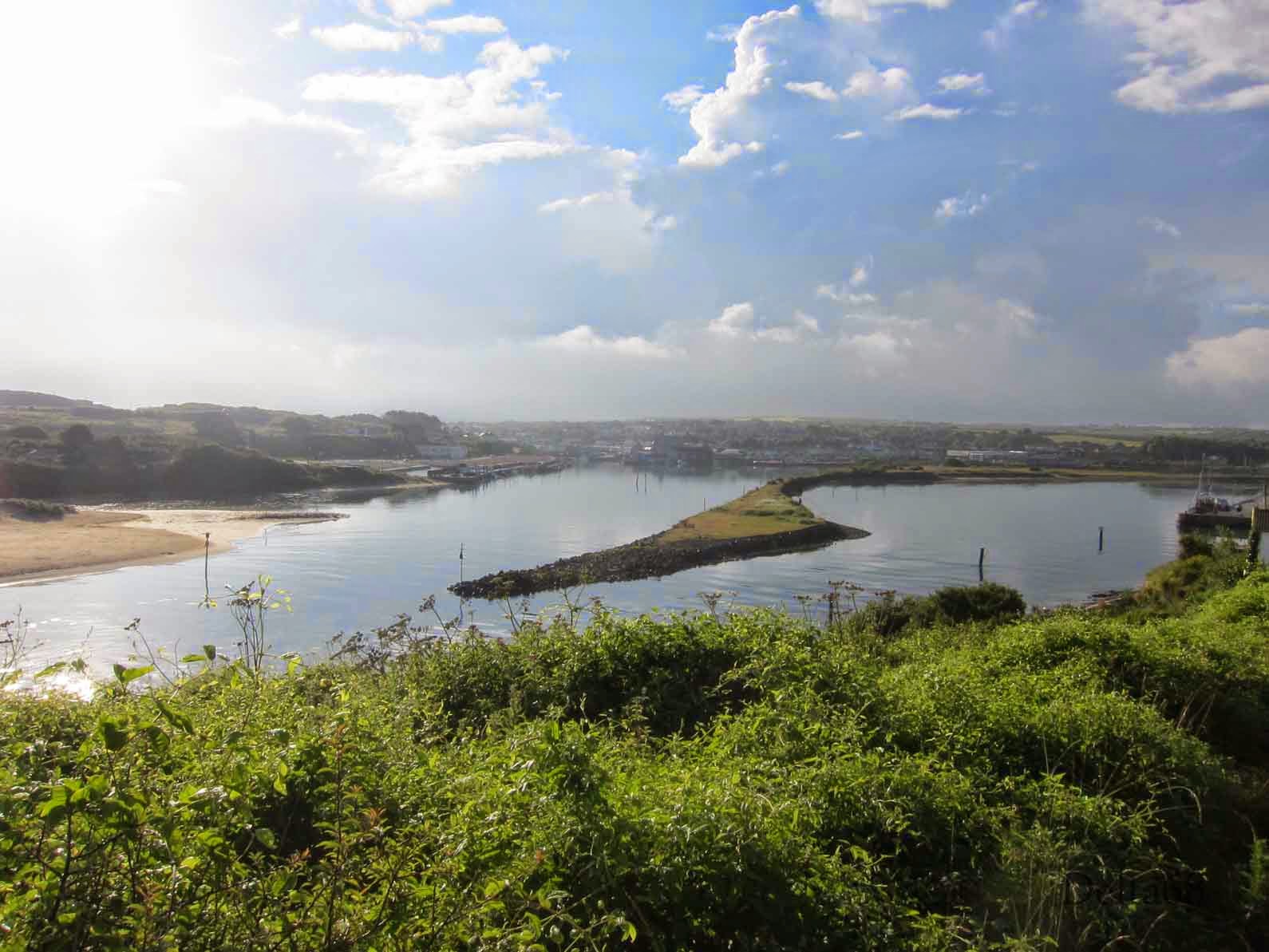 On Saturday we got up very early and headed down to Penzanze to catch the 06:40 train to Lelant to walk the St Michael's Way. 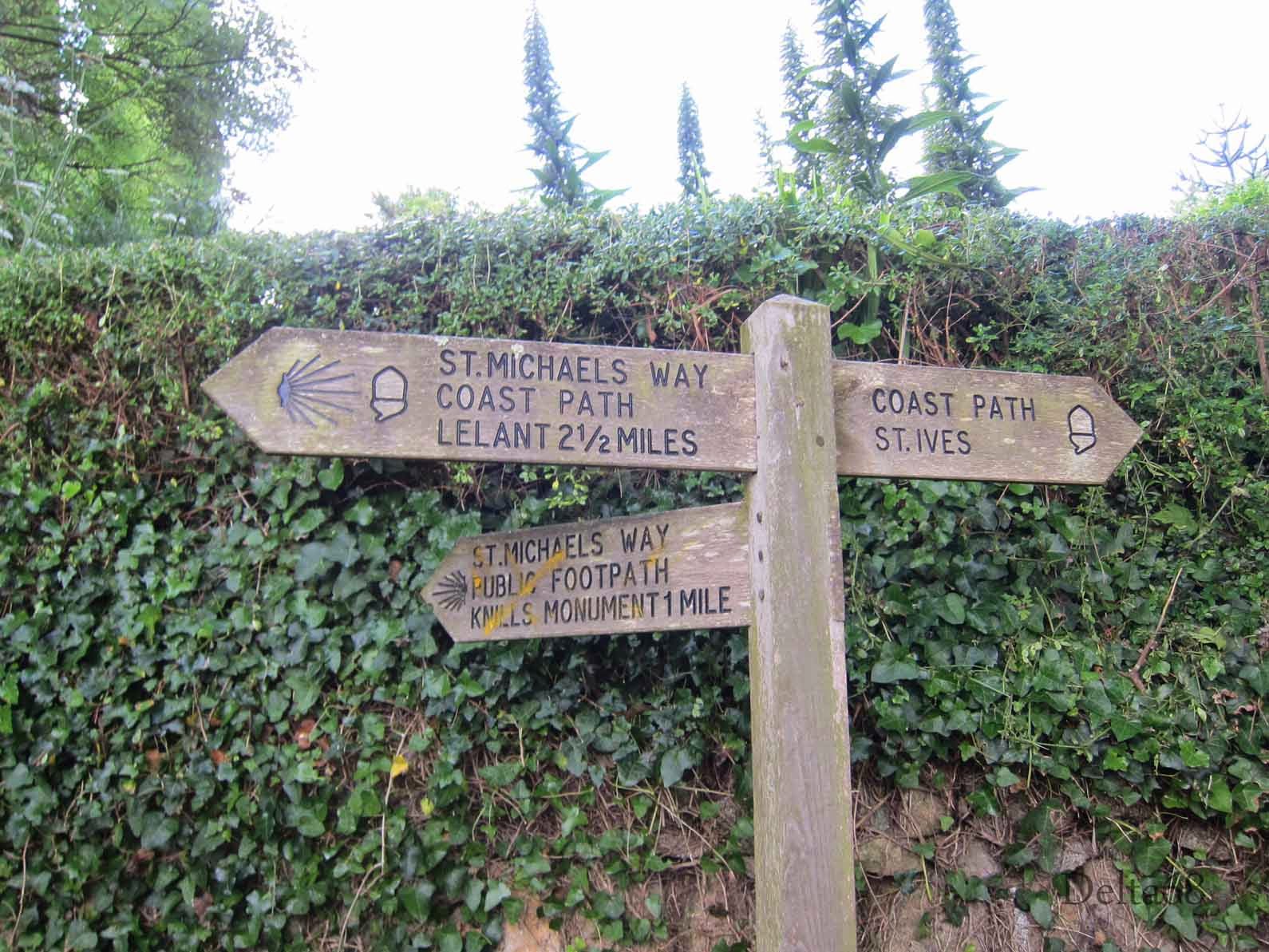 Throughout Europe there is a network of pilgrim routes which lead to one of the three most important places of Christian pilgrimage in the world - the Cathedral of St James in Santiago de Compostela, North West Spain.  The St Michael's Way Trail is one of these routes.  The St Michael's Way was thought to have been used by pilgrims, missionaries and travellers, especially those from Ireland and Wales, to avoid crossing the treacherous waters around Land's End.  I became interested and intrigued by these pilgrim routes when we watched the 2010 movie 'The Way' starring Michael Sheen, it's a fictional story about a man who walks the Camino de Santiago pilgrimage route to the Cathedral of Santiago de Compostela in Galicia, Spain following the death of his son who had been killed in a freak storm walking the same route.  The movie is inspiring and thought provoking and if I ever get the chance it's a walk I would love to do, maybe that's one for the 'when we retire' list.... The St Michaels Way seemed much more achievable in a weekend as it's only 13 miles long. 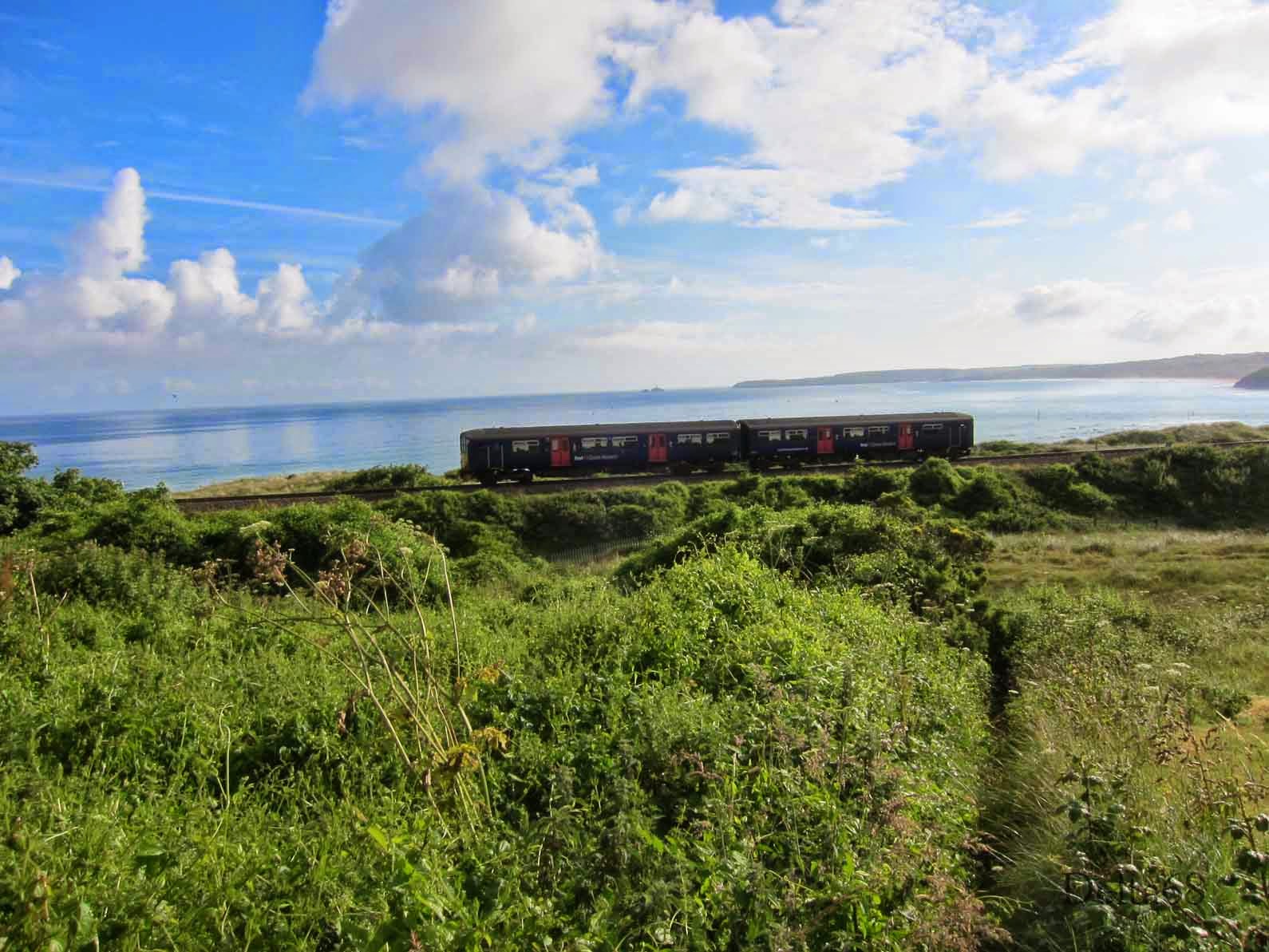 Also there just happens to be a cache series along the St Michael's Way.  The Fordh Sen Myghal series.  As the route follows an official pilgrim route, it's very easy to follow all the shell marker posts.  Very early on in the walk we realised that if we spent too long at each cache location we would never get back to Penzanze before nightfall so after a few DNFs we decided that if we hadn't found the cache within 30 secs we could move on to the next. None of the previous logs were of any help as they were nearly all cut and paste logs.... (on our return home we see that the ones we struggled on have a high no. of DNFs). 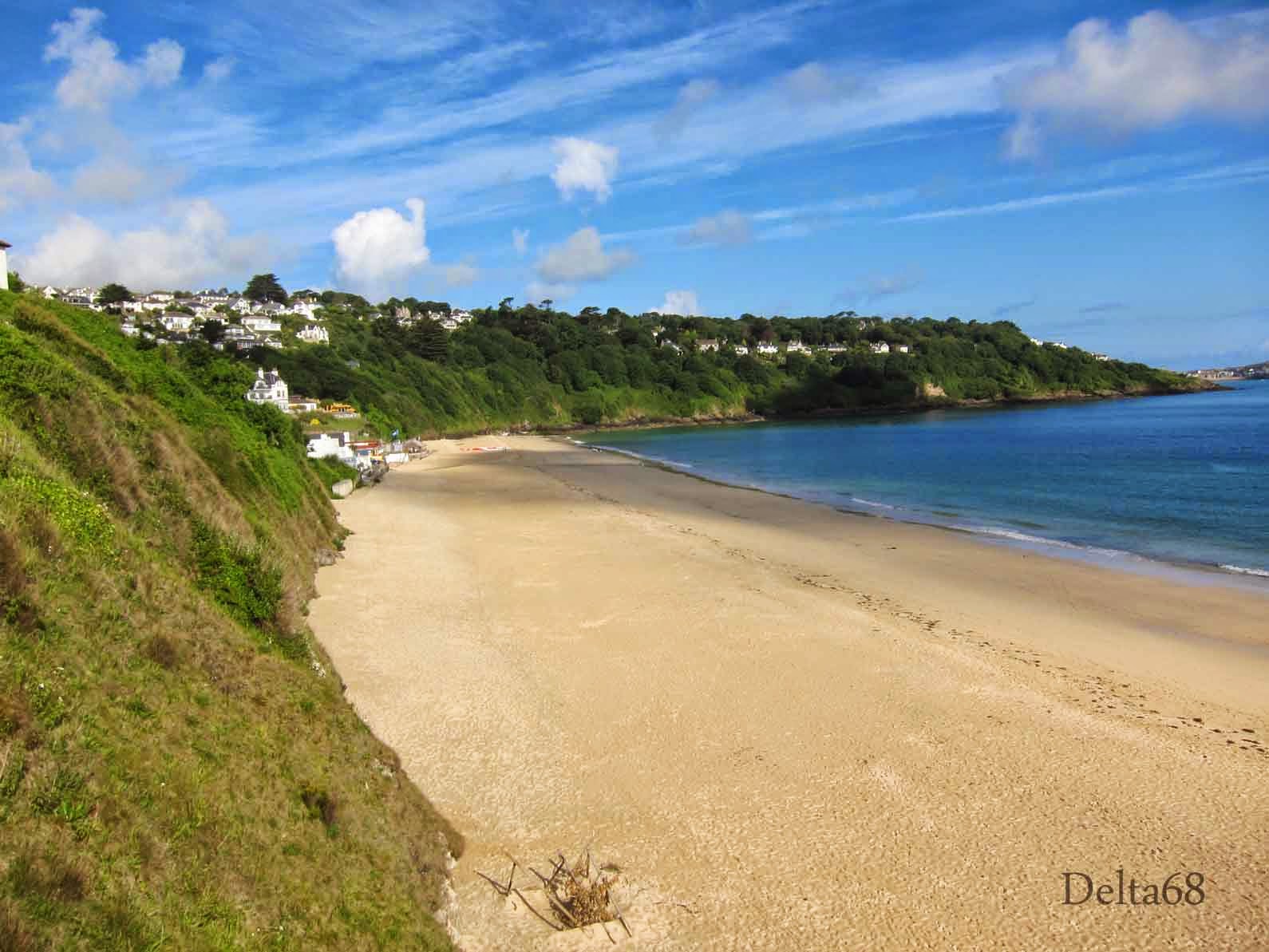 I found that once we'd decided to do this and just concentrate on enjoying the walk and the fabulous scenery I enjoyed it a whole lot more.  I don't want to be negative though as the walk really is fabulous and the fact that we had 21 DNFs didn't detract from our enjoyment of the walk but it's a real pity a bit more thought couldn't have gone into the hides as a lot of the caches were just lobbed into brambles and hedges and a fair few we found just lying on the open ground.  A lot of micros and vague or no hints.  But like I said, if you just forget about the caching and concentrate on the scenery it's much more enjoyable. 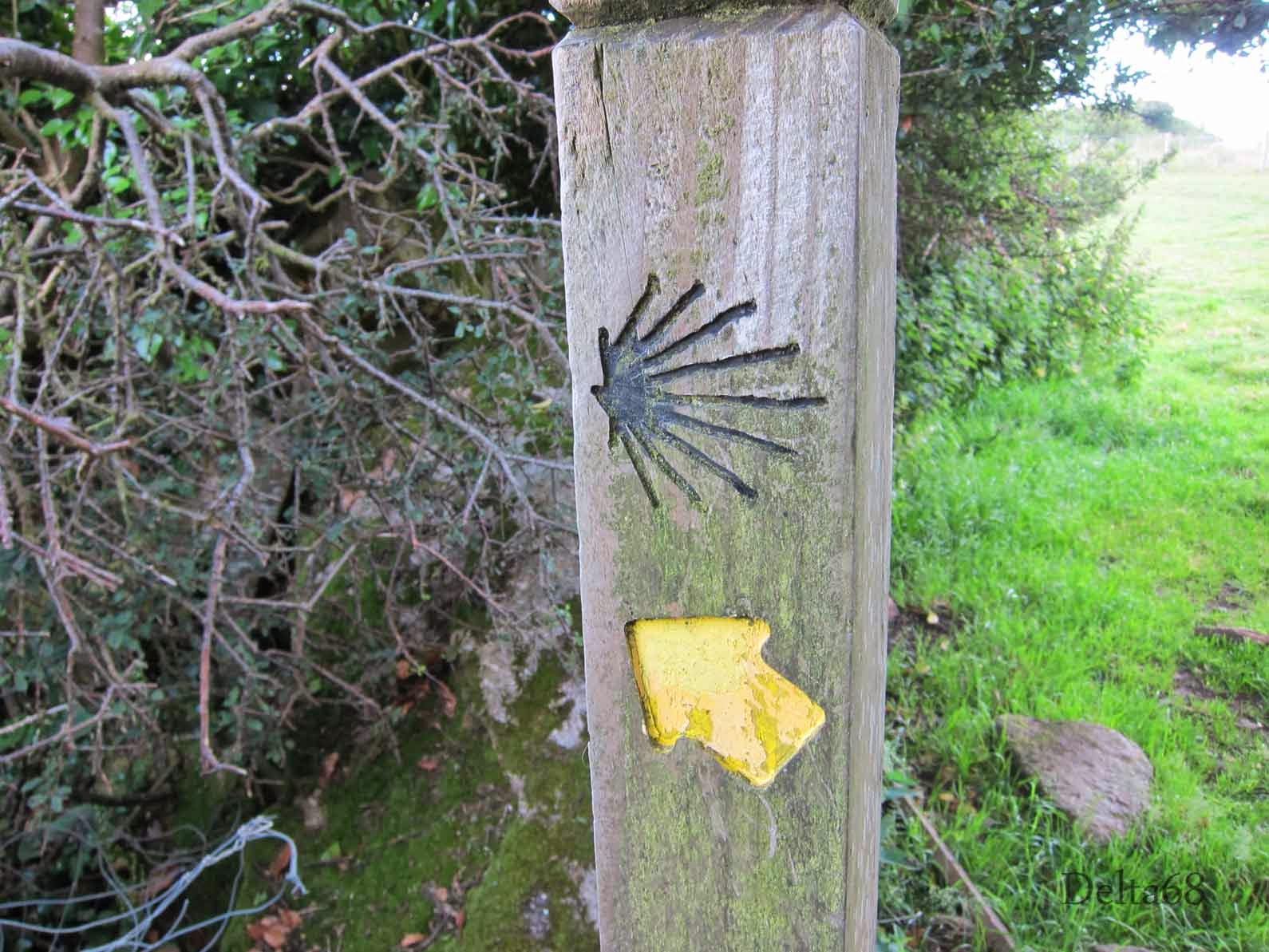 All in all the walk took us about 8 hours to get back to Penzance, this was taking into account a couple of detours and plenty of stops to look at the fabulous scenery and eat our lunch.  We were so lucky with the weather too, the sun shone all day. 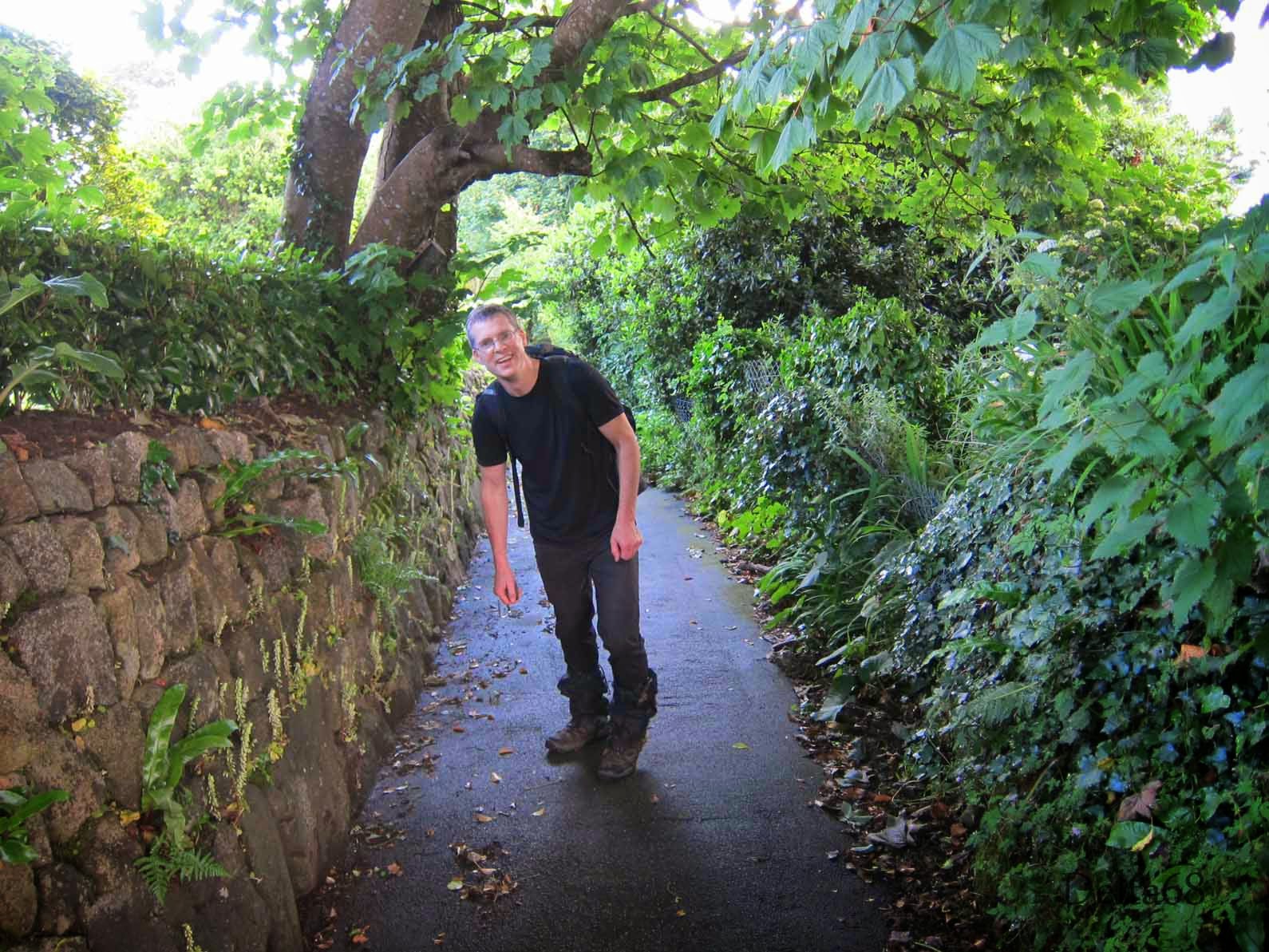 After completing the walk we headed into Penzance for Cornish Pasties - yum yum. 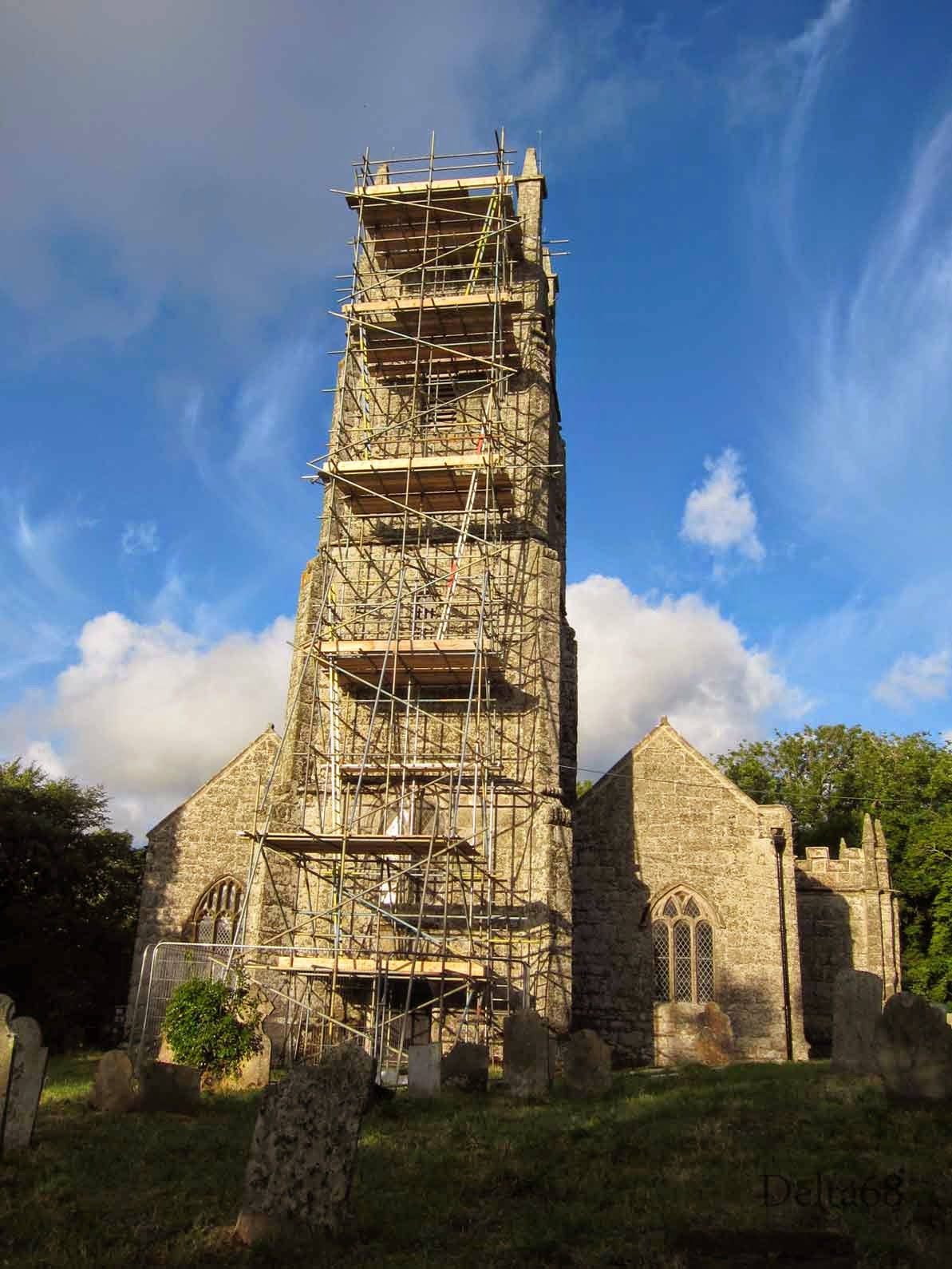 Early evening we went off to St Enoder to do the wherigo before heading into Newquay to watch the sunset. 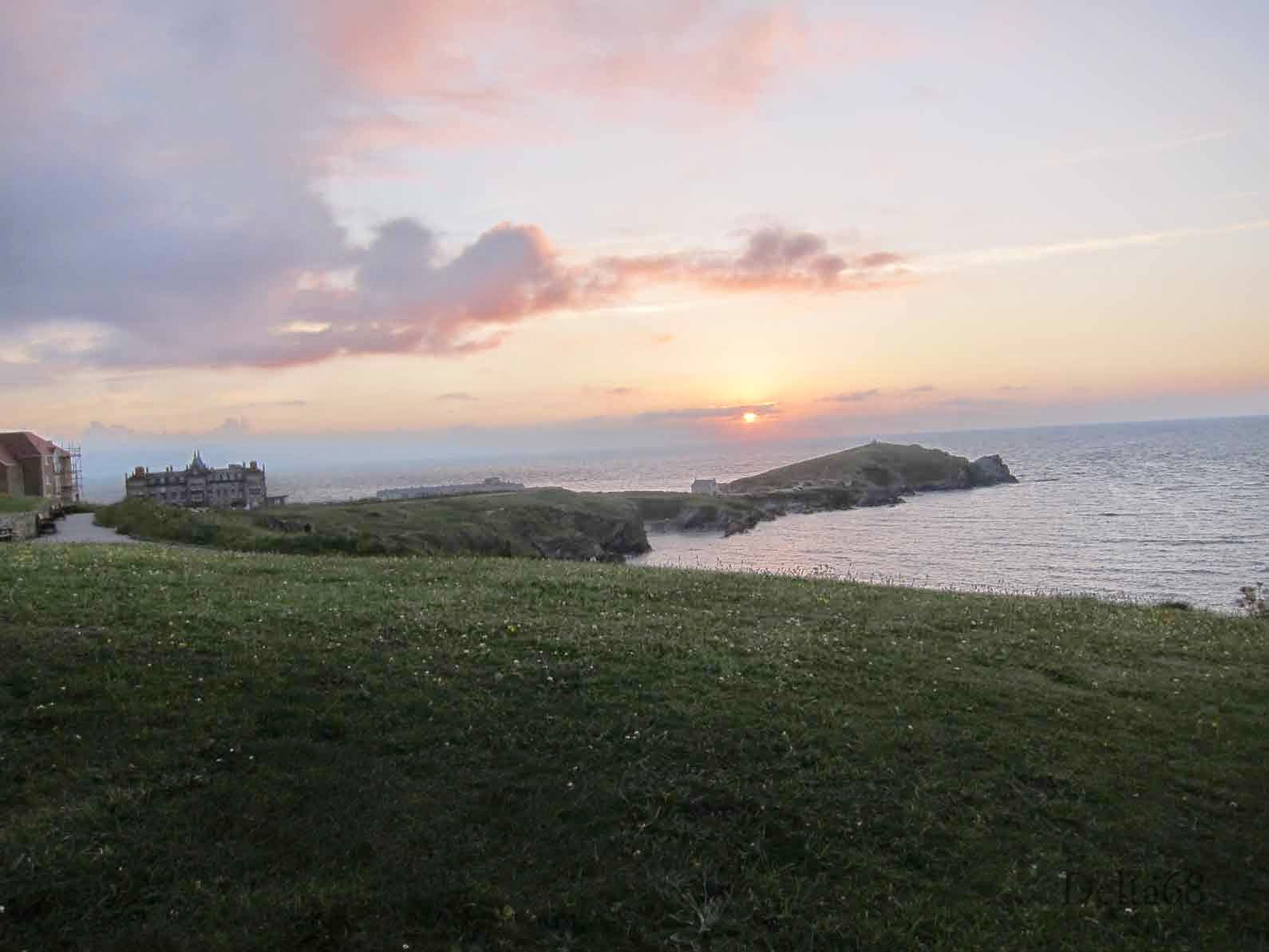 We first became aware of the Drive on the Moor series last year but as we're not fans of drive-by caching we decided to put it on the to-do list for a possible cycling series as we're massive fans of caching by bike. 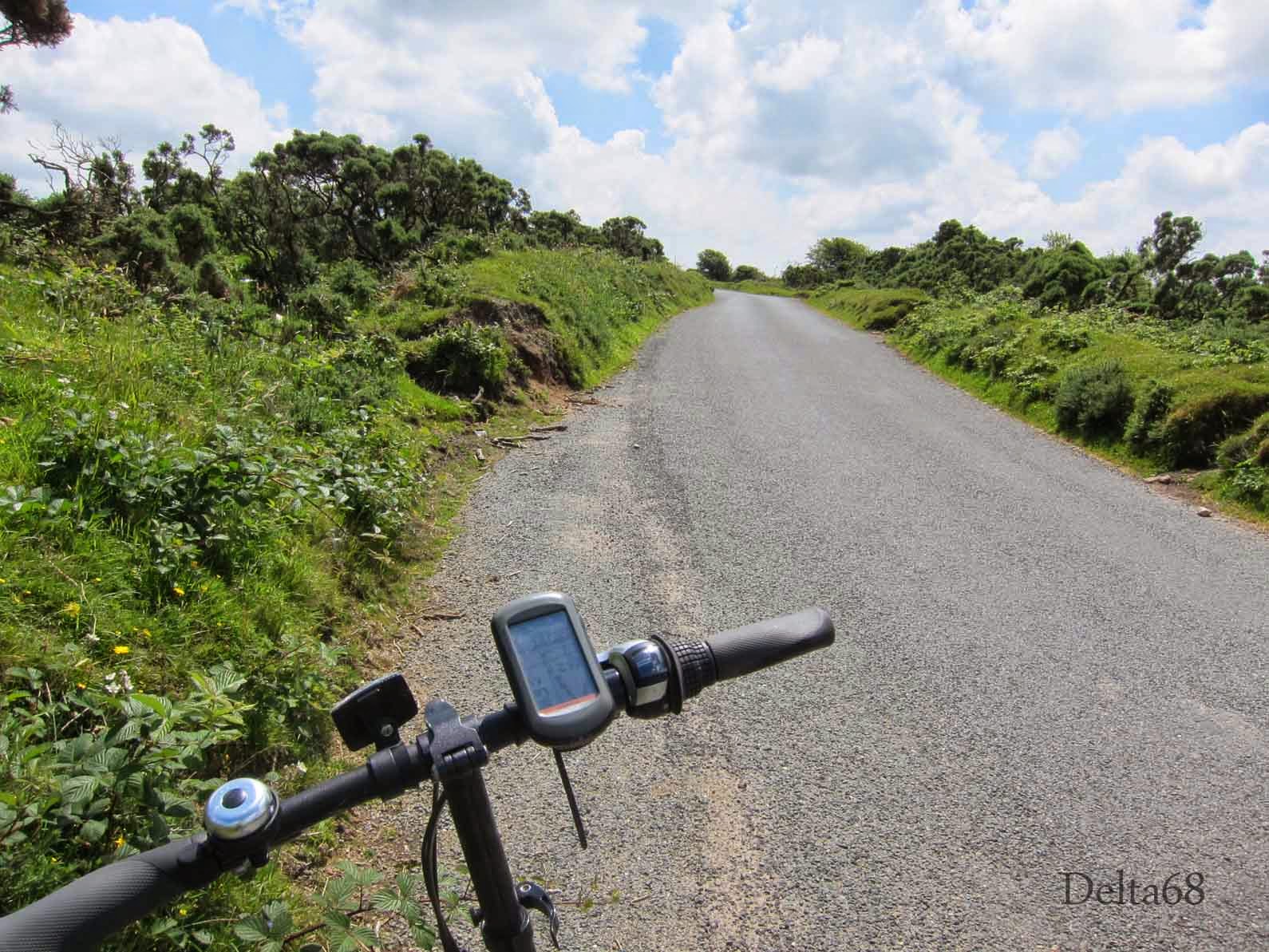 The plan was to do just over half of them and then leave the rest for our next visit to the area.  We couldn't have picked a better day as the weather was gloriously sunny.  The scenery and countryside was beautiful. 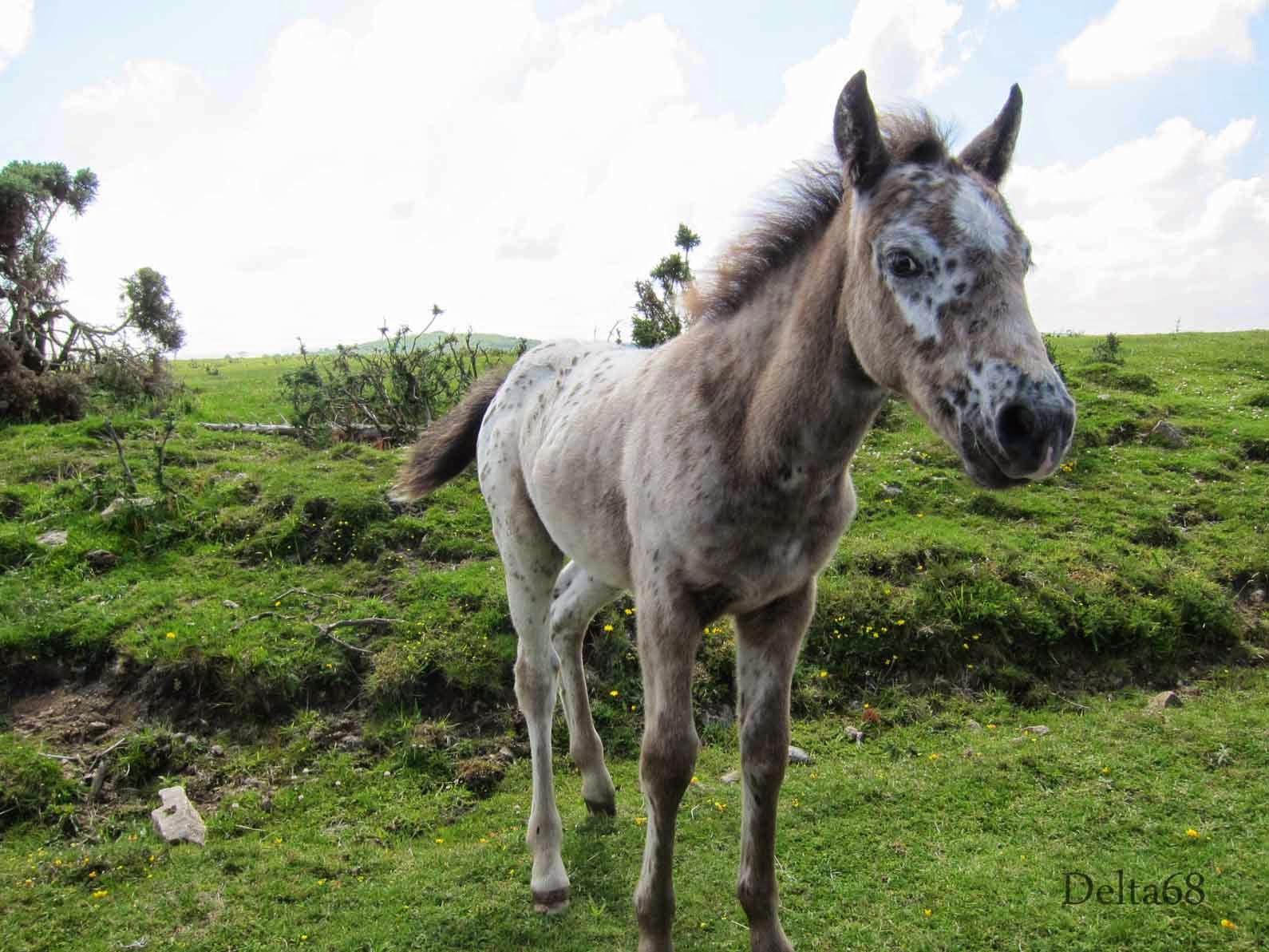 We covered 13 miles in about 3 hours on our bikes.  All the caches were well hidden, obvious to the trained cachers' eye but invisible to passers by - just how caches should be hidden! 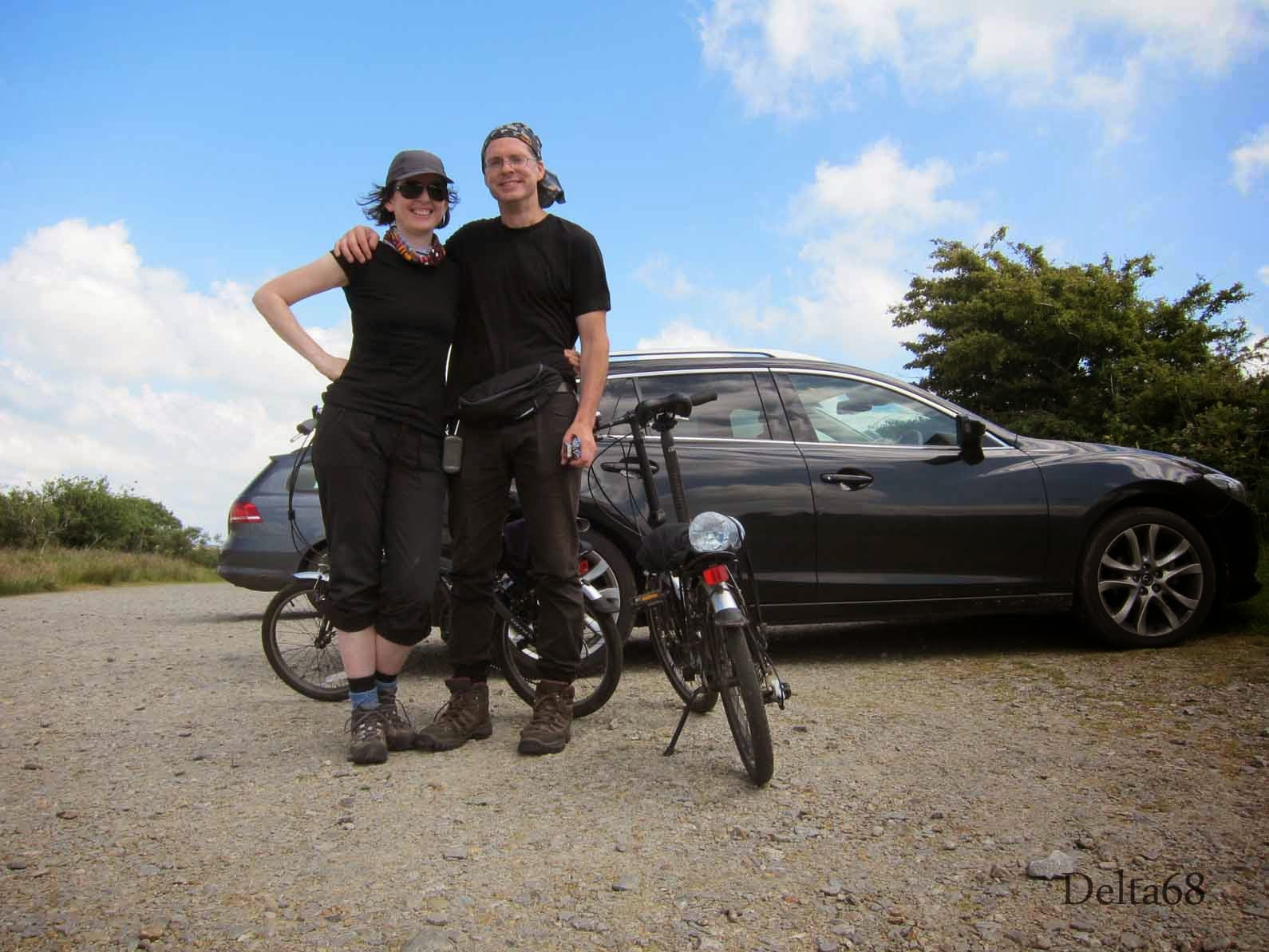 Then it was time to head home after a fantastic weekend. Can't wait for our next trip to Cornwall. 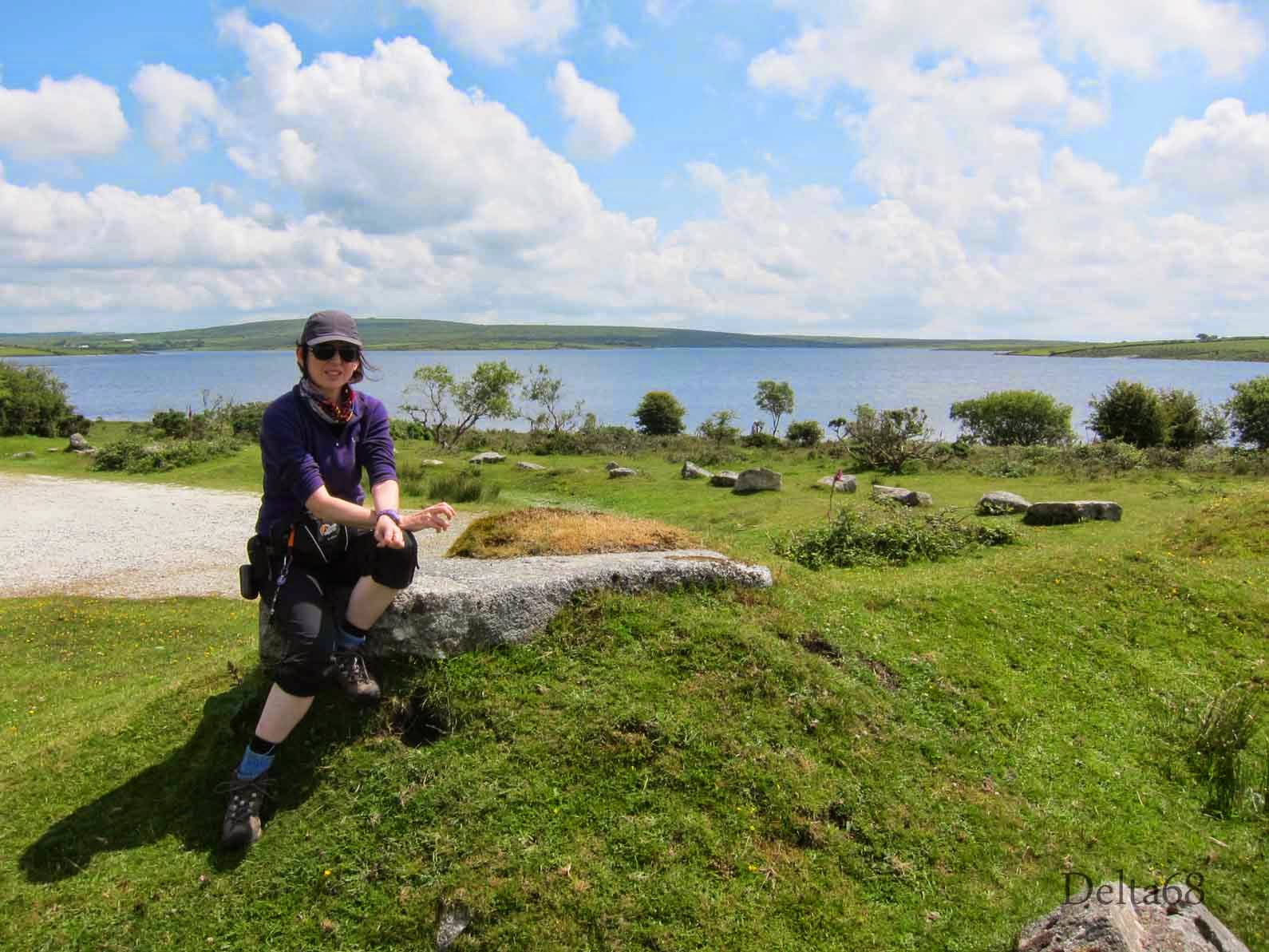