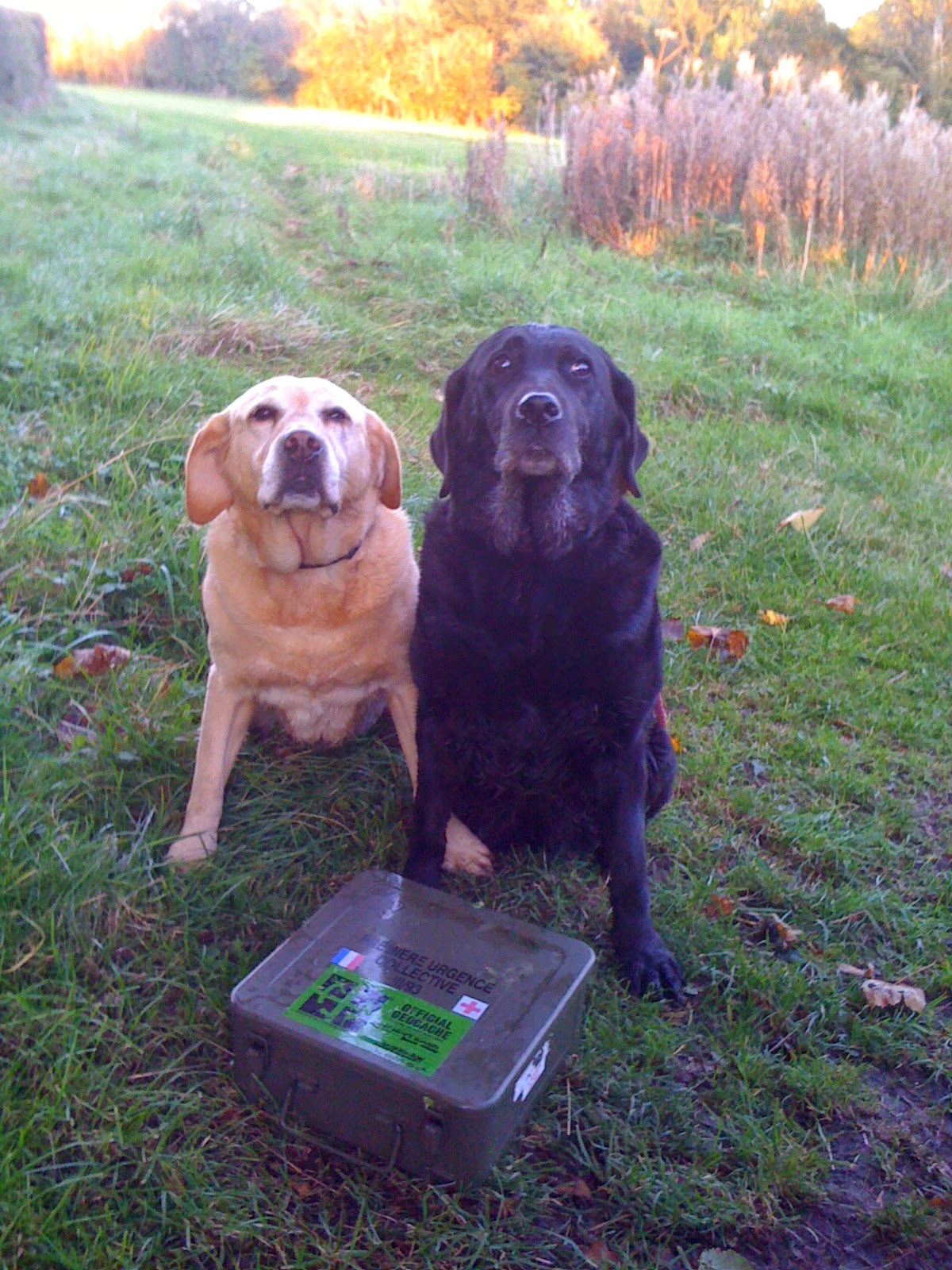 It is with a very heavy heart that I have to write this post, it's something I've been meaning to do but couldn't face up to it but so many people ask us about Poppy and Whisper when we're out and about and so many cachers up and down the country know us by them and have met them I thought it was time I wrote it...... so here it is.....

We had to say goodbye to Whisper our yellow lab in April and then Poppy, our black lab just a couple of weeks later.  It has been a really tough few weeks since then for the whole family, probably the toughest we've experienced and it's only if you've had dogs that you can begin to understand what we've been through.

They are the reason we got so hooked on caching all those years ago as our dog walks took on a new purpose and every dog walk became an exciting adventure, they would look forward to their long walks in the Cotswolds at weekends and have sat patiently while we've signed thousands of logs books over the years.  They've accompanied us on so many long walks and both climbed the highest mountains in England, Scotland and Wales!  The best companions we could ever have asked for.

In their later years they became troubled with arthritis and could no longer manage the long walks and mountain climbs so we had to pick out shorter routes for them to enjoy.

The house is too quiet and empty without them and we miss them every single day.

Email ThisBlogThis!Share to TwitterShare to FacebookShare to Pinterest
Labels: Poppy and Whisper