A Mega Weekend in Ypres 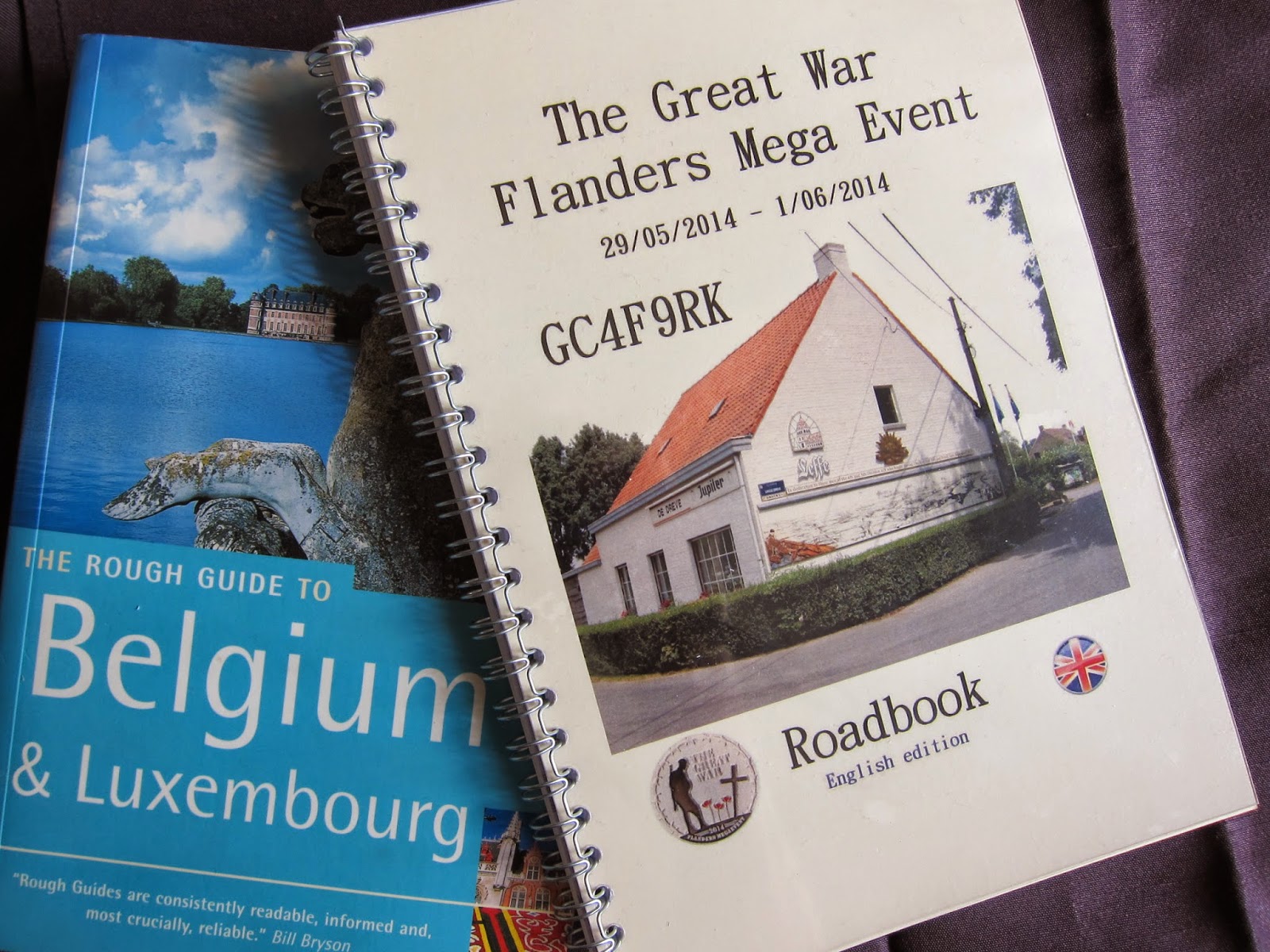 Mark had spotted The Great War Mega Event being promoted while at the Brugse Beer Mega Event last year so we had put it as a 'maybe' on the calendar, then after Christmas our plans for this year were starting to fall into place so we decided to book a weekend in Ypres so we could attend.  Initially it was just for the two of us then Beth asked if she could come along too, she was already due to take part in the Race for Life on the Sunday but managed to change this to a different location on a different day so she could still come along.  We were really pleased that Beth wanted to join us on one of our trips, she'd visited Ypres with the school a few years ago and was keen to come back to the area again.

At 3am Saturday morning the alarm clock went off and our crazy weekend adventure started.

Our crossing on Le Shuttle was for 8.20 so we hoped to get there in time for last check-in at 7:50 - we made it in plenty of time and even managed to get an earlier crossing. 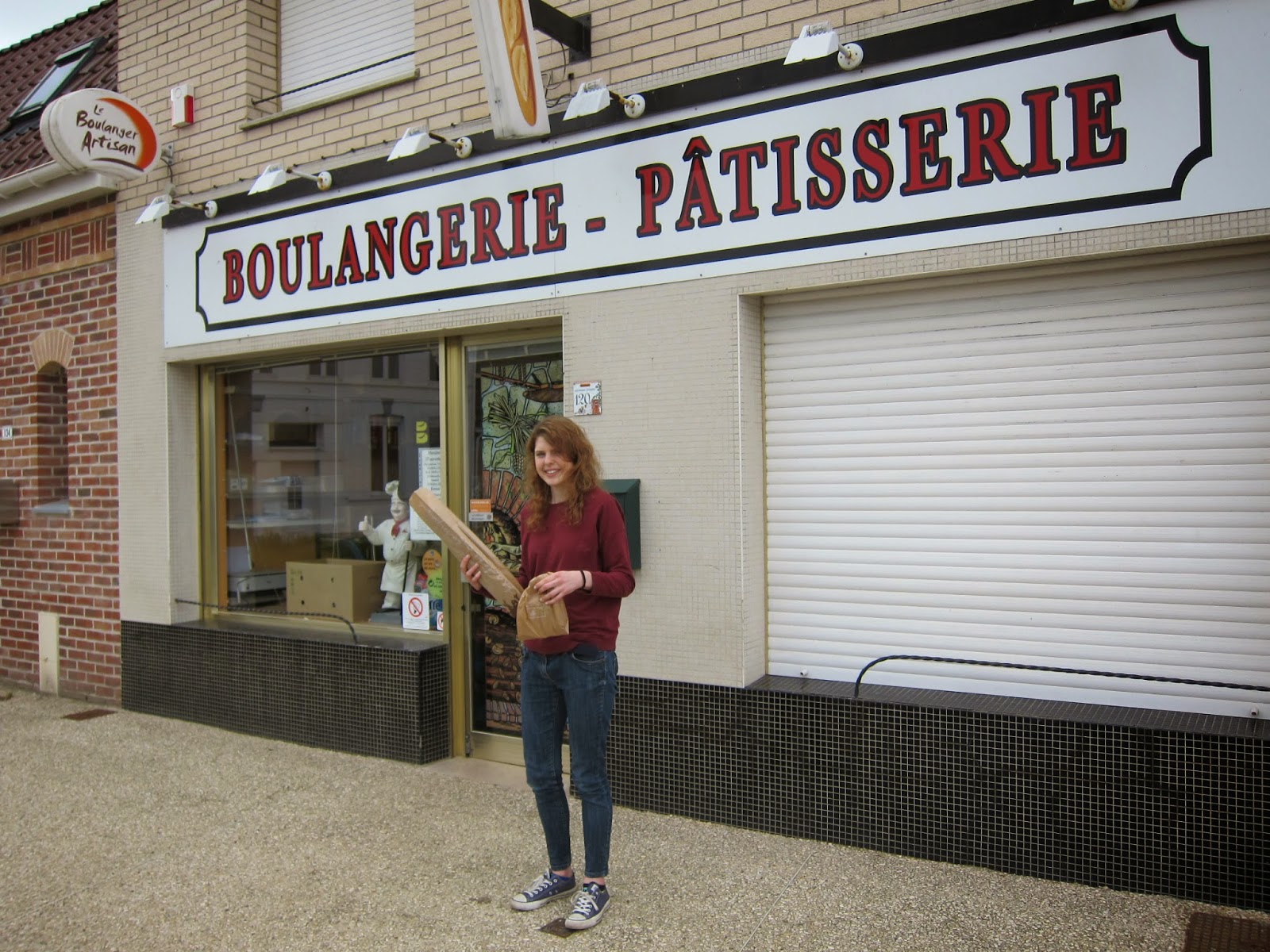 We arrived in Calais and headed straight for a boulangerie in  little town called Herzeele, where Mark had visited on his way to the the Brugge Mega event last year.  Luckily Beth speaks French which made things very easy for us as she was able to buy everything we needed for our lunch. 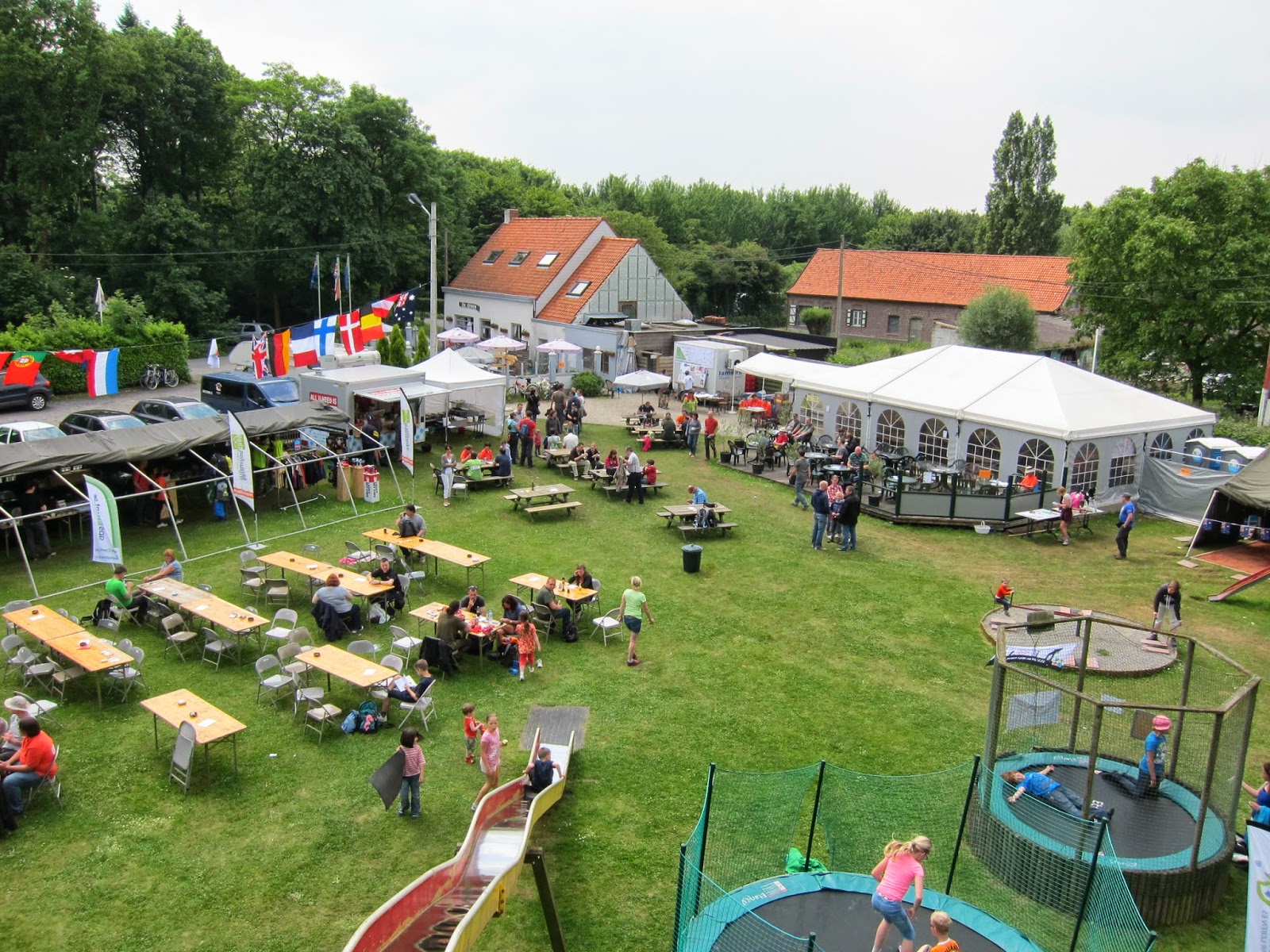 Then we headed straight to the Mega event which was about an hours drive.  The event was held in the grounds of a pub called De Dreve in Zonnebeke, Belgium.  The owner has had an interest in the First World War since childhood and the pub is also a museum. 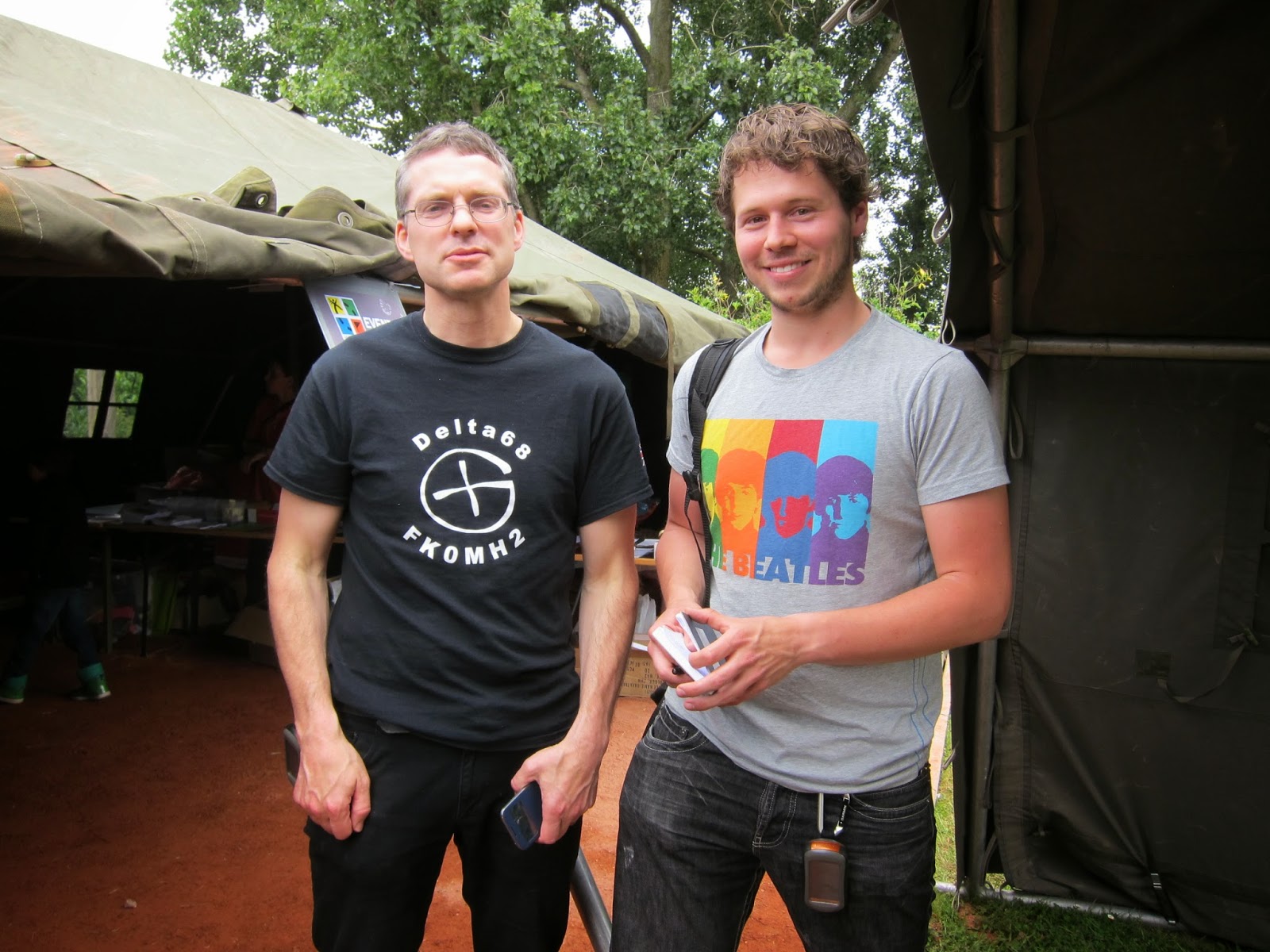 We were really surprised to bump into cacher, Lima2311 who we'd met at our event in Eindhoven.  He'd travelled down to the area for the day.  We often wonder when we meet cachers far away from home whether we'll ever bump into them again. 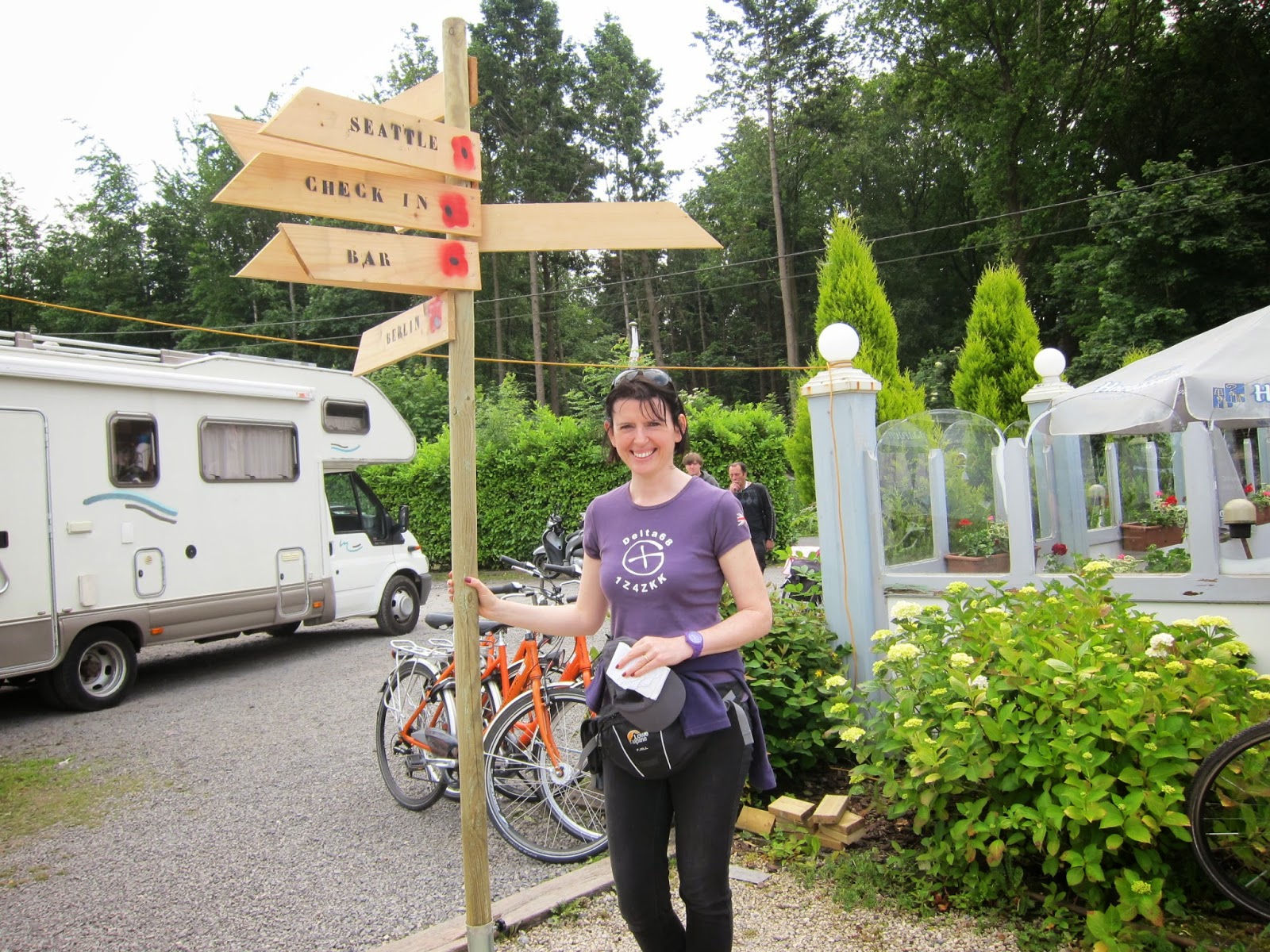 A really well organised event, everyone was very friendly and helpful.

We had purchased a roadbook with all the new caches in but unfortunately, apart from the Lab caches, we ran out of time to do them as we were keen to do the Wherigo in Poperinge which had been set for the mega event and also another Wherigo in Roselare which was on our to-do list. 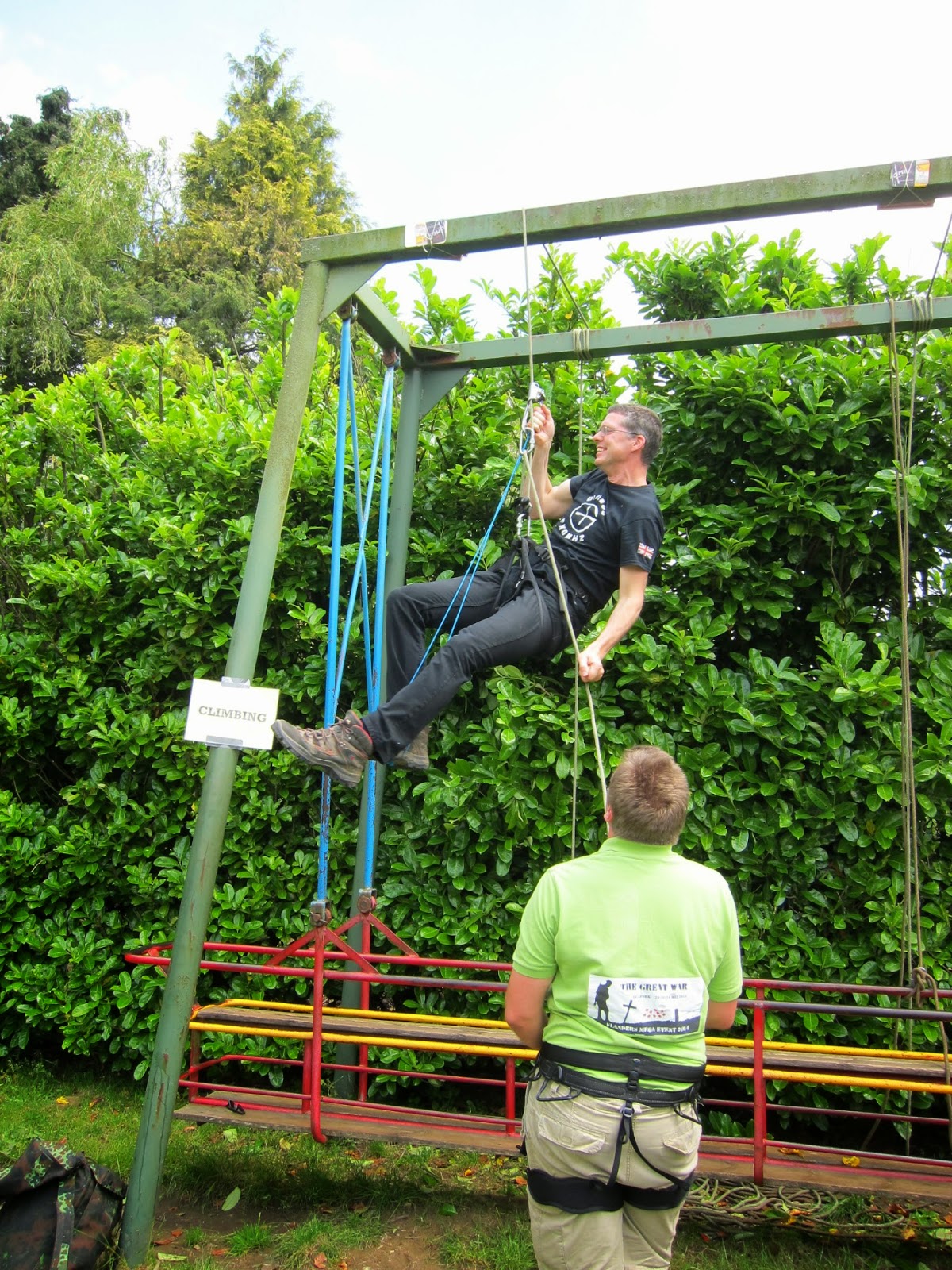 There were five lab caches set for this mega event and they were all very well thought out.  They involved 'discovering' three of the organising team (wearing green polo shirts), selfies with three other helpers (identifiable by their orange shirts), climbing ropes to obtain a code, studying a magic eye picture to get final co-ords for an ammo box and the last one involved using a 'layar' app on a smartphone which is something we hadn't come across before - very clever!

A little bit about the wherigos:

The first one Shot at Dawn was a town trail walk around Poperinge.  During World War I Poperinge was one of only two towns in Belgium not under German occupation.  It was used to billet British troops and also provided a safe area for field hospitals.

The wherigo followed the last days of a young Jamaican soldier who was shot for desertion.  It took you to the death cells and execution point and was a poignant and stark reminder of the horrors of war.  It also included many other points of interest around the town. 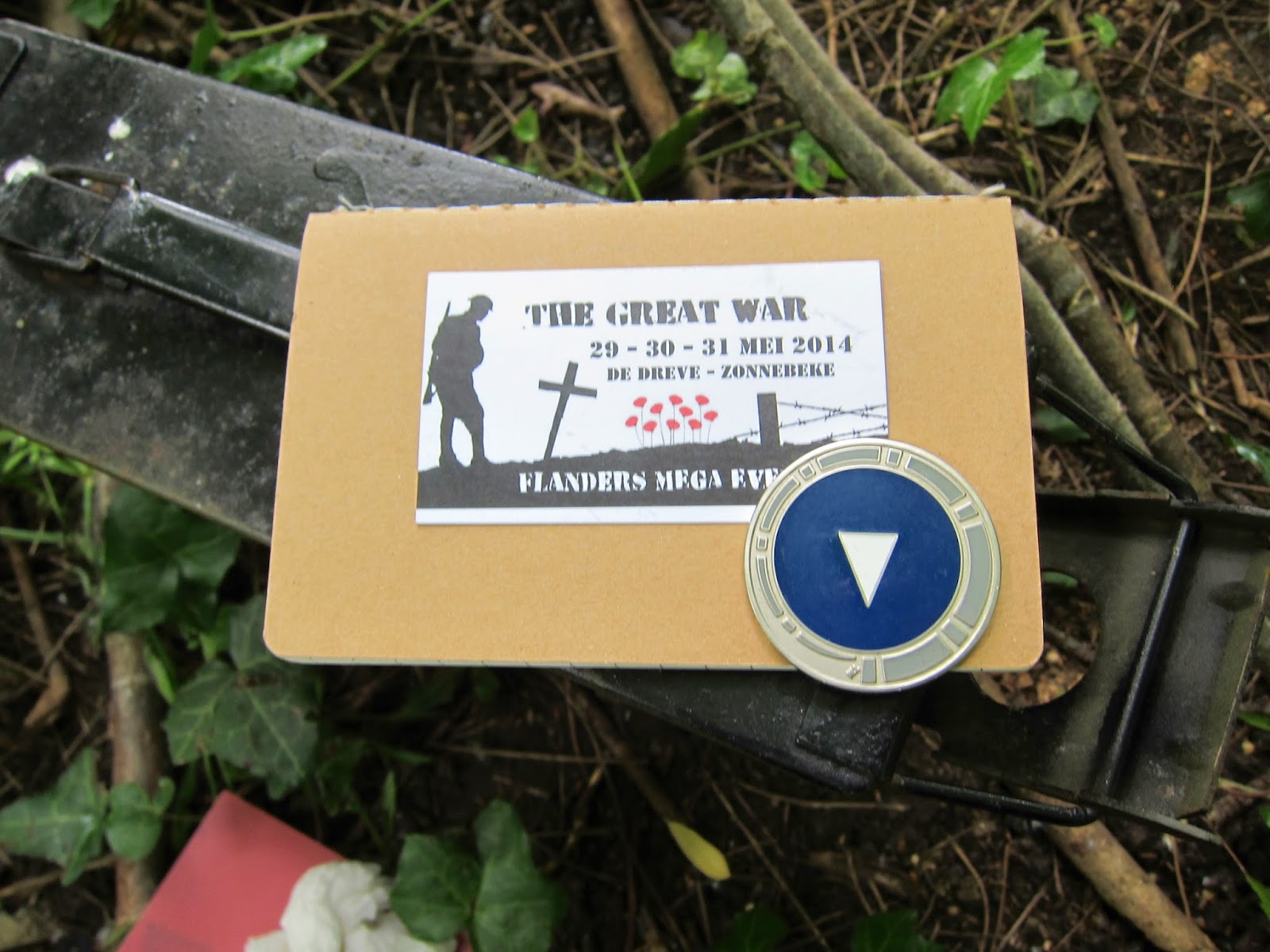 We had no idea how long it would take us when we set off but in the end it was quite a long walk around the town, some of the stages were quite far apart and it took us a good couple of hours to complete but well worth it. 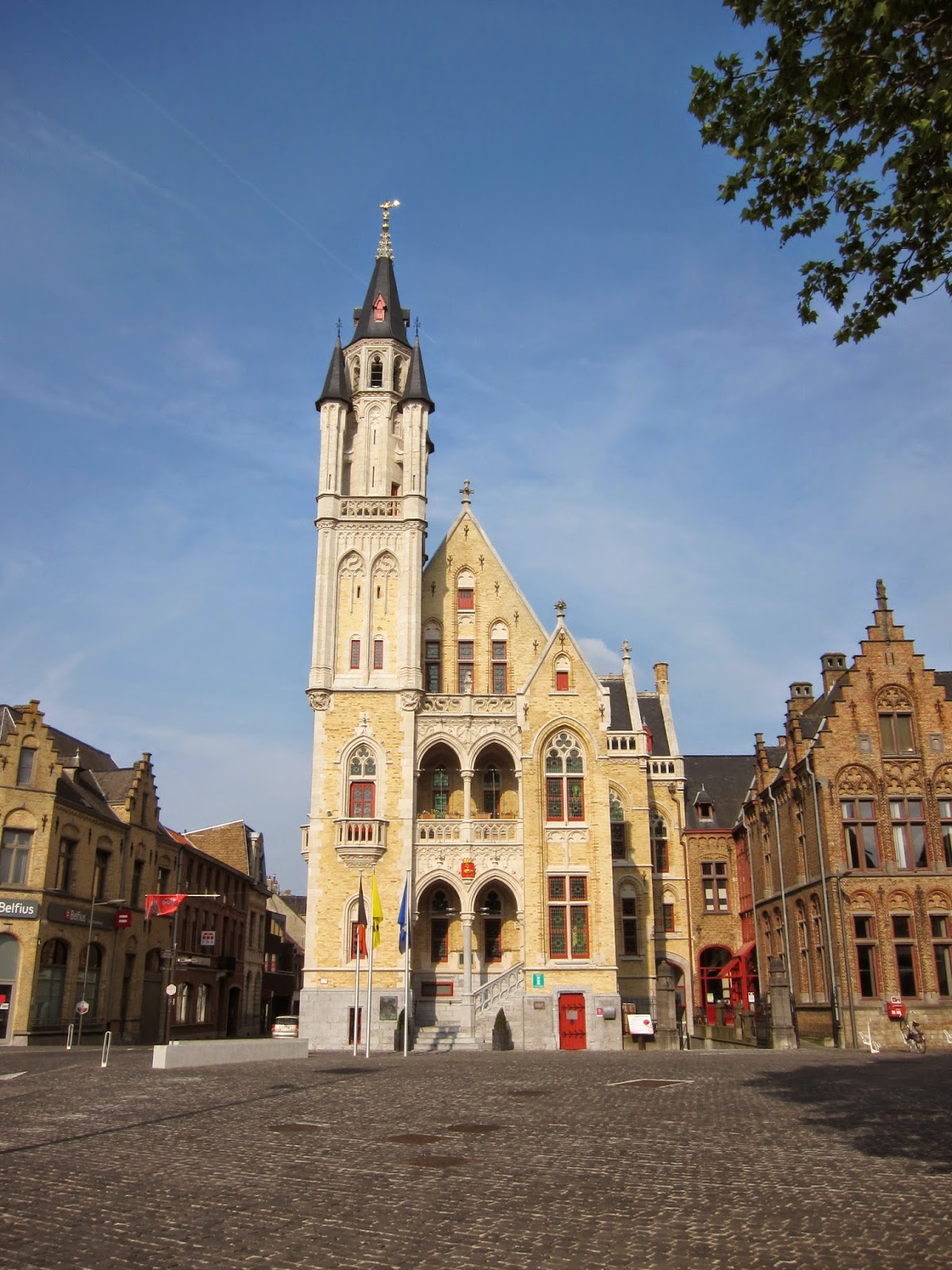 This means 'all or nothing' well it very nearly was nothing, on several occasions.  The cartridge was completely in Dutch but was only 1.5 difficulty so just how difficult could it be?

The wherigo was a straightforward walk from zone to zone answering a question at each zone, some of the zones were more difficult than others as we tried to get the gist of what was being asked and a wrong answer meant backtracking to the previous zone.  We had been working our way through the stages for about an hour when we hit upon what seemed an impossible question, well we understood the question but just couldn't find the answer.  We had to find the number of the house where two 'kabouters' lived.  We fathomed that it meant gnomes but after walking up and down the road we couldn't see any and thought maybe they'd moved out.  A man was working on a car outside one of the houses, he had been watching us intently so Mark thought we ought to explain what we were looking for and maybe he could help.  It seemed that Dutch wasn't his strong point so he went and fetched his neighbour who also didn't understand Dutch  very well and neither of them knew what 'kabouters' meant. They couldn't speak English or German either but could speak French! - it just so happens that we had someone who could speak French as well - by this point Beth had disappeared around the corner as she could see what was about to happen, I manage to 'encourage' her to come back and speak to them as it would be good practice. 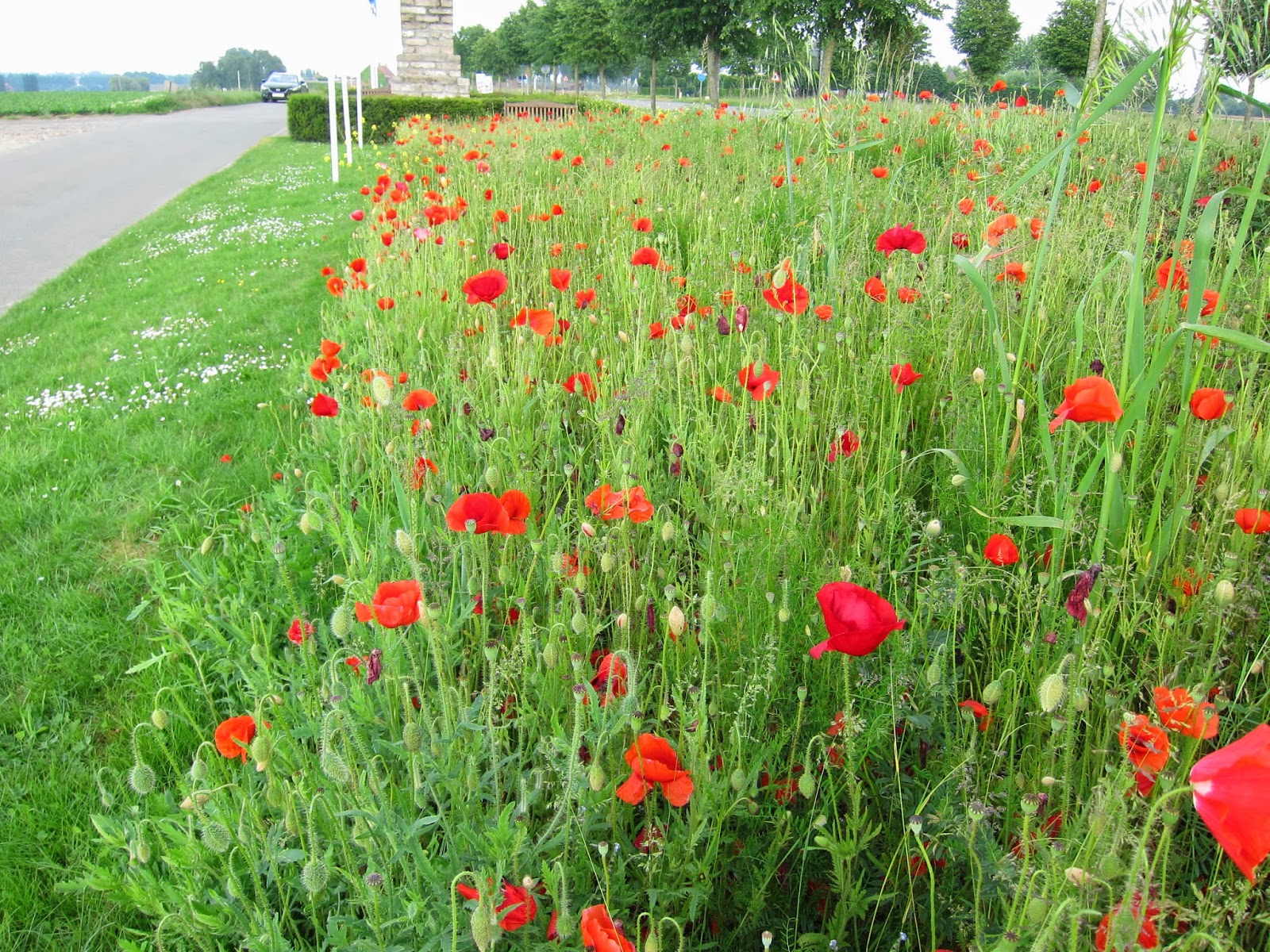 Within moments they were deep in conversation about 'little men with pointed hats' and our new friends then smiled and started laughing when they realised what we were looking for and turned round in the direction of said gnomes and then we all spotted them - UP ON THE ROOF!  Even though we now had the information we wanted they still carried on chattering away in French to Beth about something they had seen on the internet about people stealing gnomes and thought that maybe we were collecting gnomes, luckily Beth managed to reassure them that we only needed to look at them ..... you had to be there, it was hilarous.  We thought then that maybe this was the last stage but there were a few more tricky translations to get through and then a timed zone to run at the end!  But we did actually find the final and very rewarding it was too. 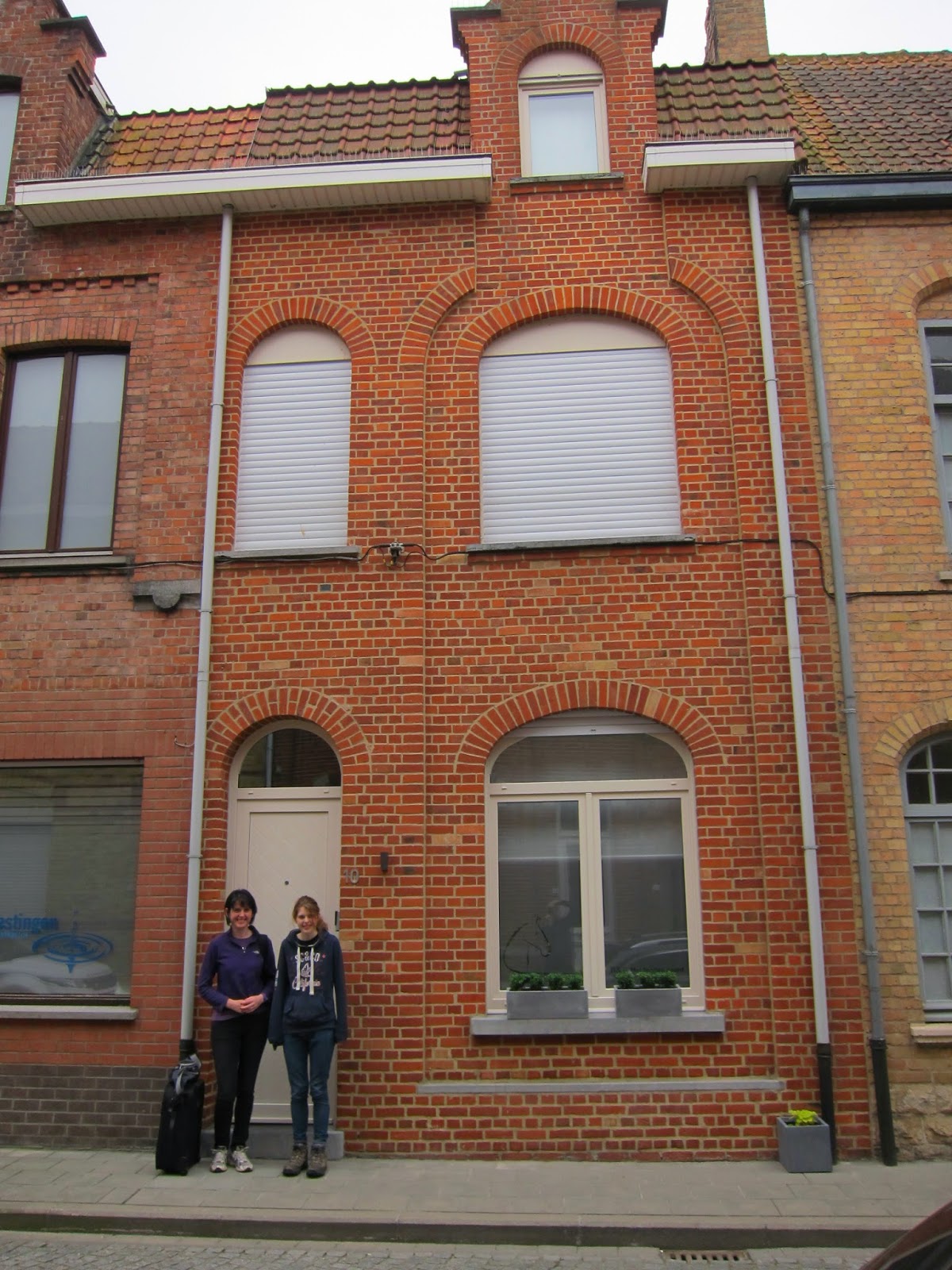 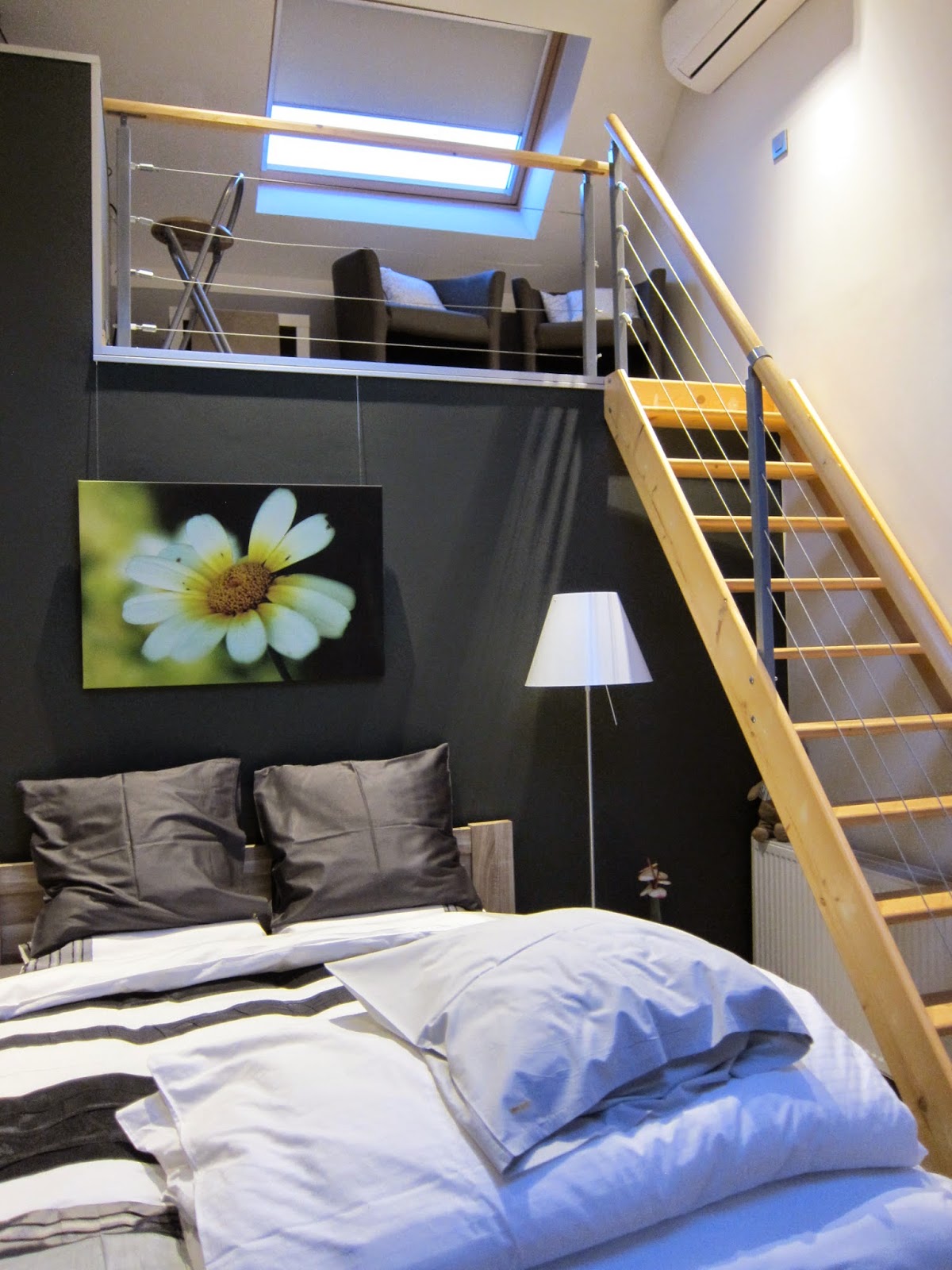 We arrived at our B&B a bit later than planned and the owner said he didn't think we were going to turn up, what we hadn't realised was that we were the only guests and that the B&B actually only had one guest room.  The owner was very friendly and helpful and we'd highly recommend it as a base to stay for the area.   We definitely hope to return in the future.

Sunday morning we got up bright and early ready to attend the CITO .  We arrived and met up with caching friends Basketcase Crew and Dadu13.  The CITO was also slighly unusual in that there was a choice of 3 areas to work with 3 separate finishing/collection points.  We all chose to head back to the one at Ypres so we could explore the town picking up litter as we went.  This was a really great idea. 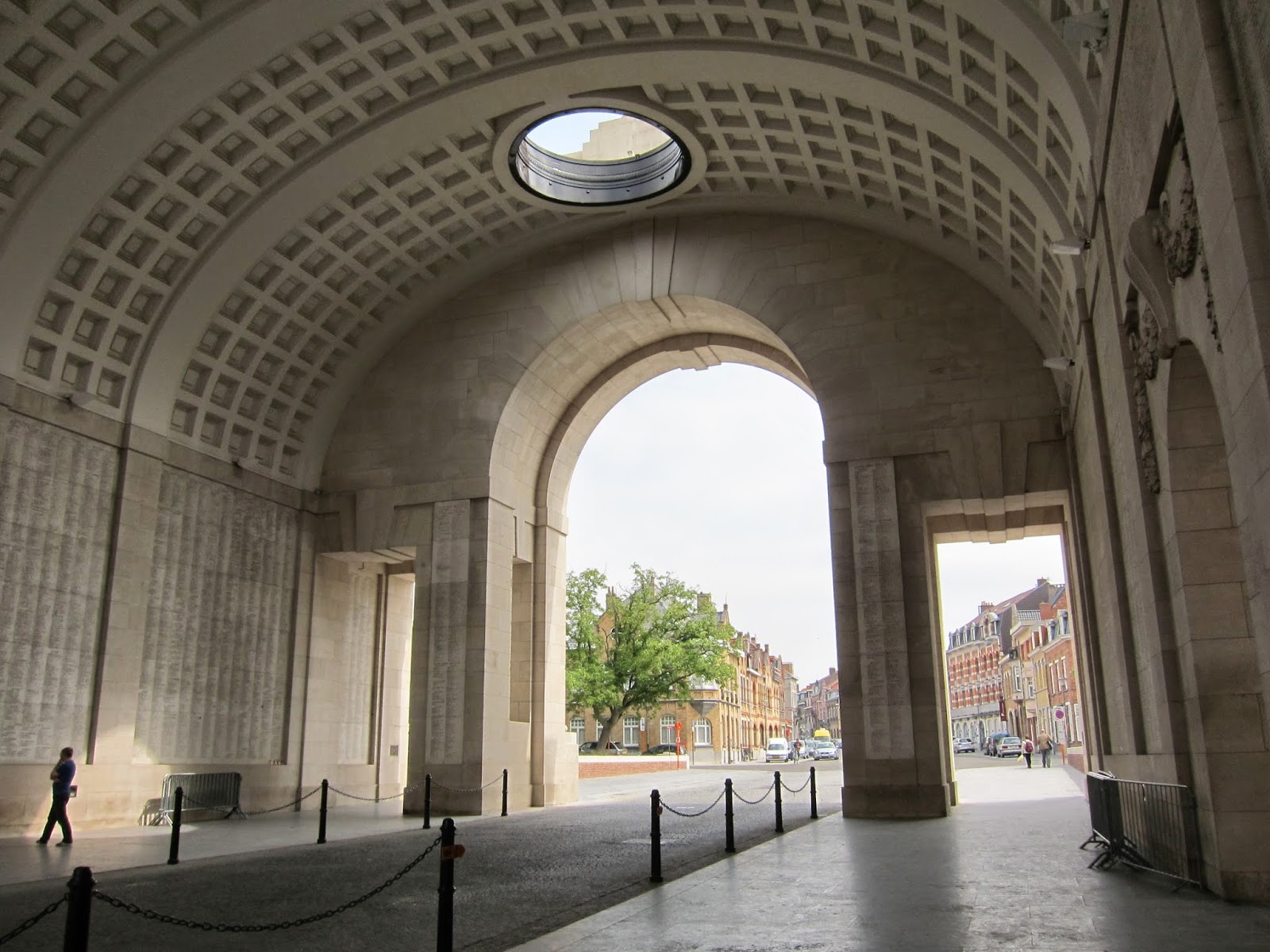 We definitely needed more time in Ypres itself as there was so much to see but we did find time to visit the Menin Gate Memorial to the missing which was extremely moving and poignant. 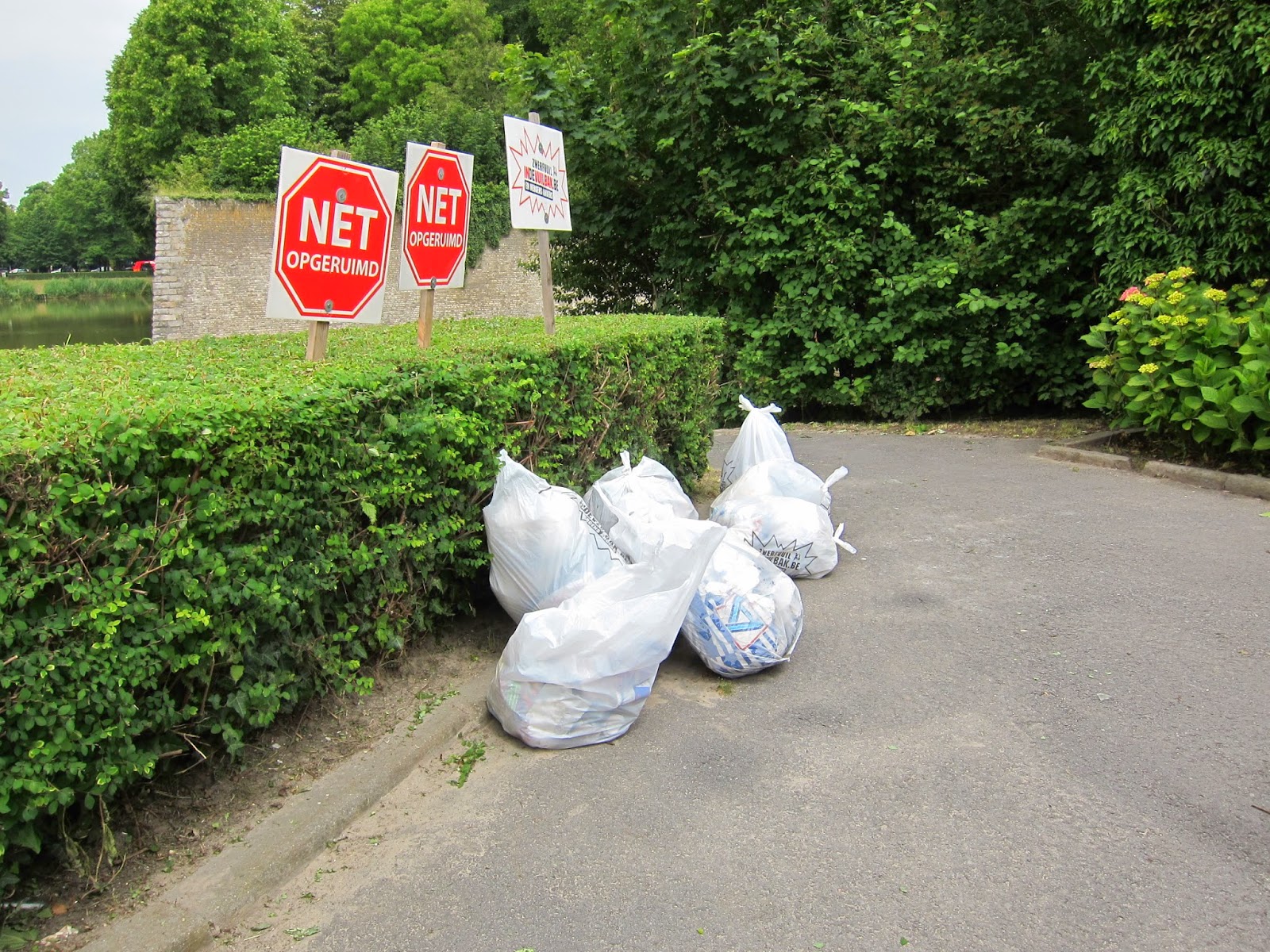 We had to meet at 1pm for a group photo to be taken by the organisers and for the litter to be taken away. 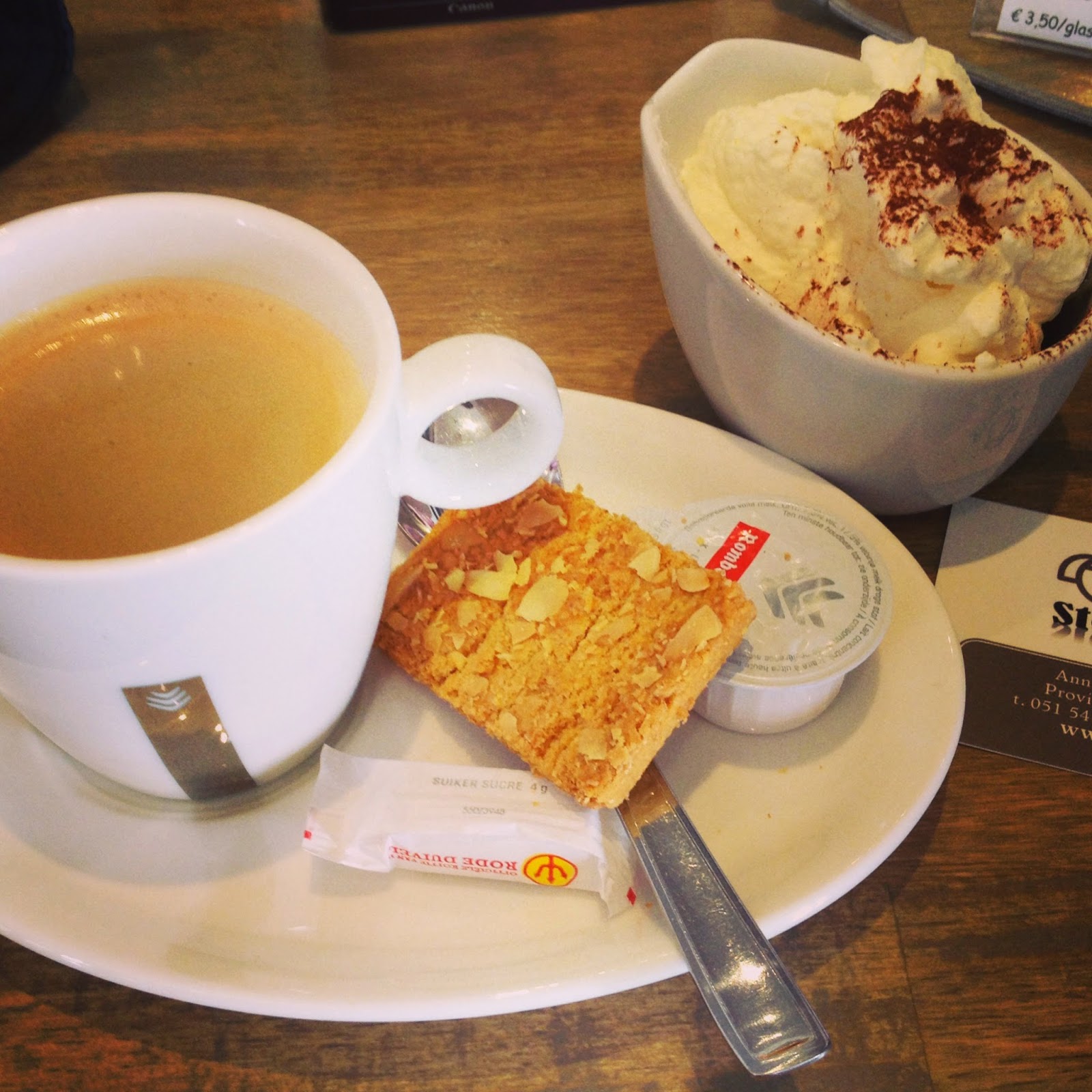 Then we went our separate ways and we headed off to do the Steenstraete cycle series which was a completely bike friendly series of 23 caches plus a bonus.  This was a lovely flat cycle ride along good cycle roads, all caches were very clever hides but all very easy to spot by the trained eye.  The route was very popular with other cyclists and is situated near a really good cycle friendly cafe, Steenstraete Eetkaffee where we stopped for a well earned cuppa at the end. 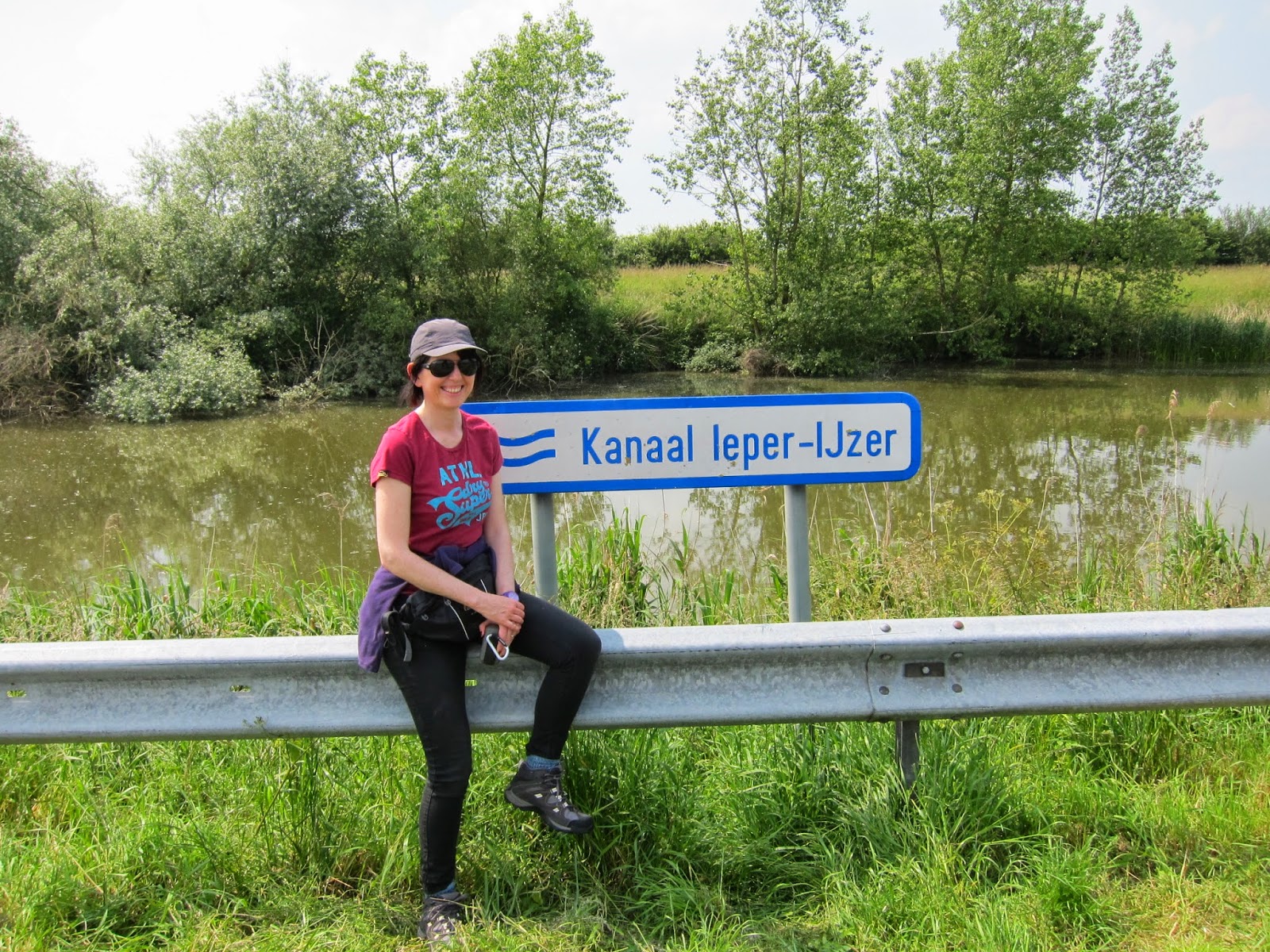 We were so lucky with the weather too, the sun shone the whole weekend. 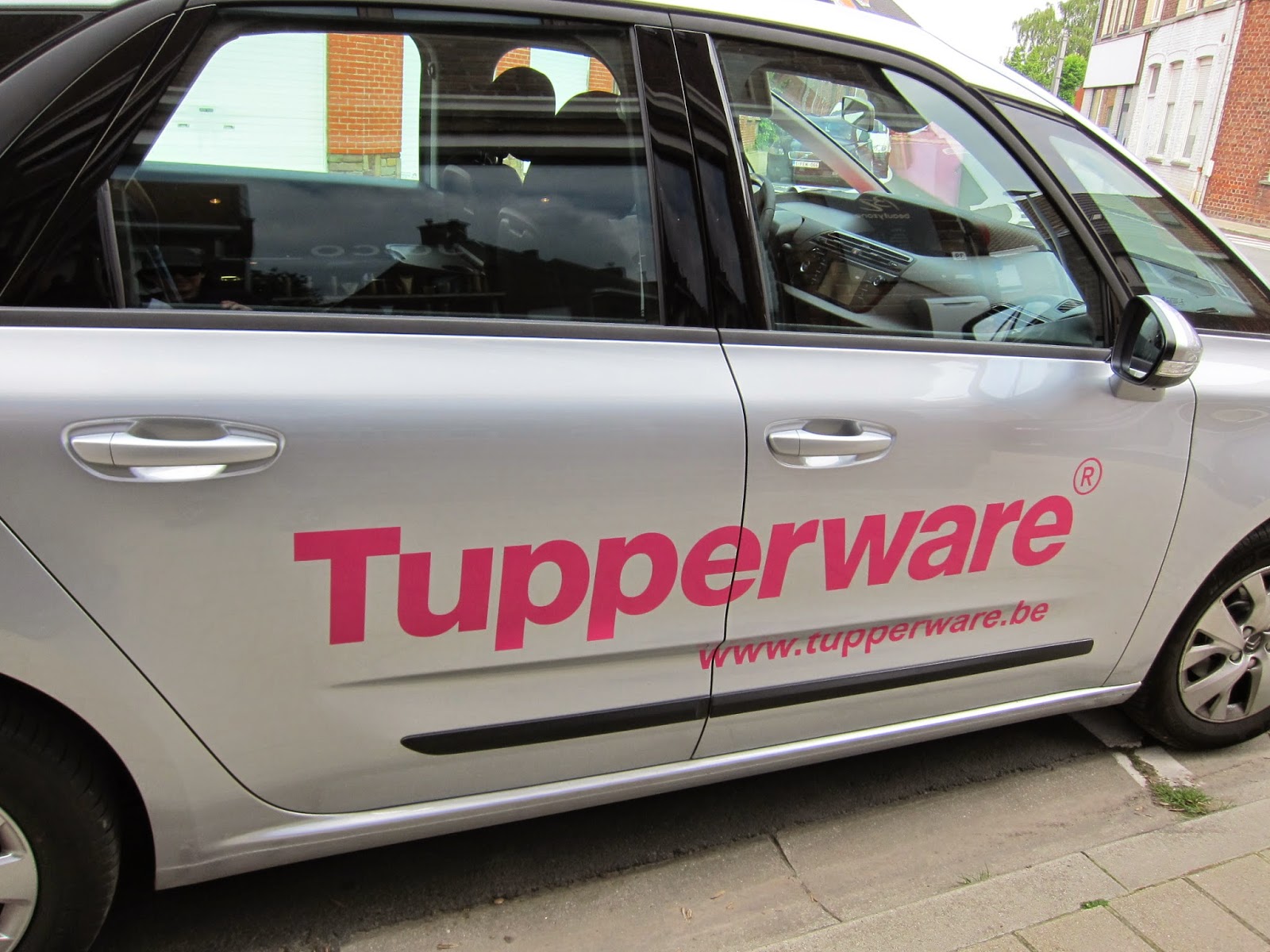 Our crossing was for 8.20pm at Calais but we'd stopped to photograph poppy fields on the way so were 10 mins late, which probably would've been OK but there were long queues at check-in due to it being the end of the school holidays, we had to wait 1½ hours for the next available crossing.  Arriving home at 12:20am - Wheesh!! 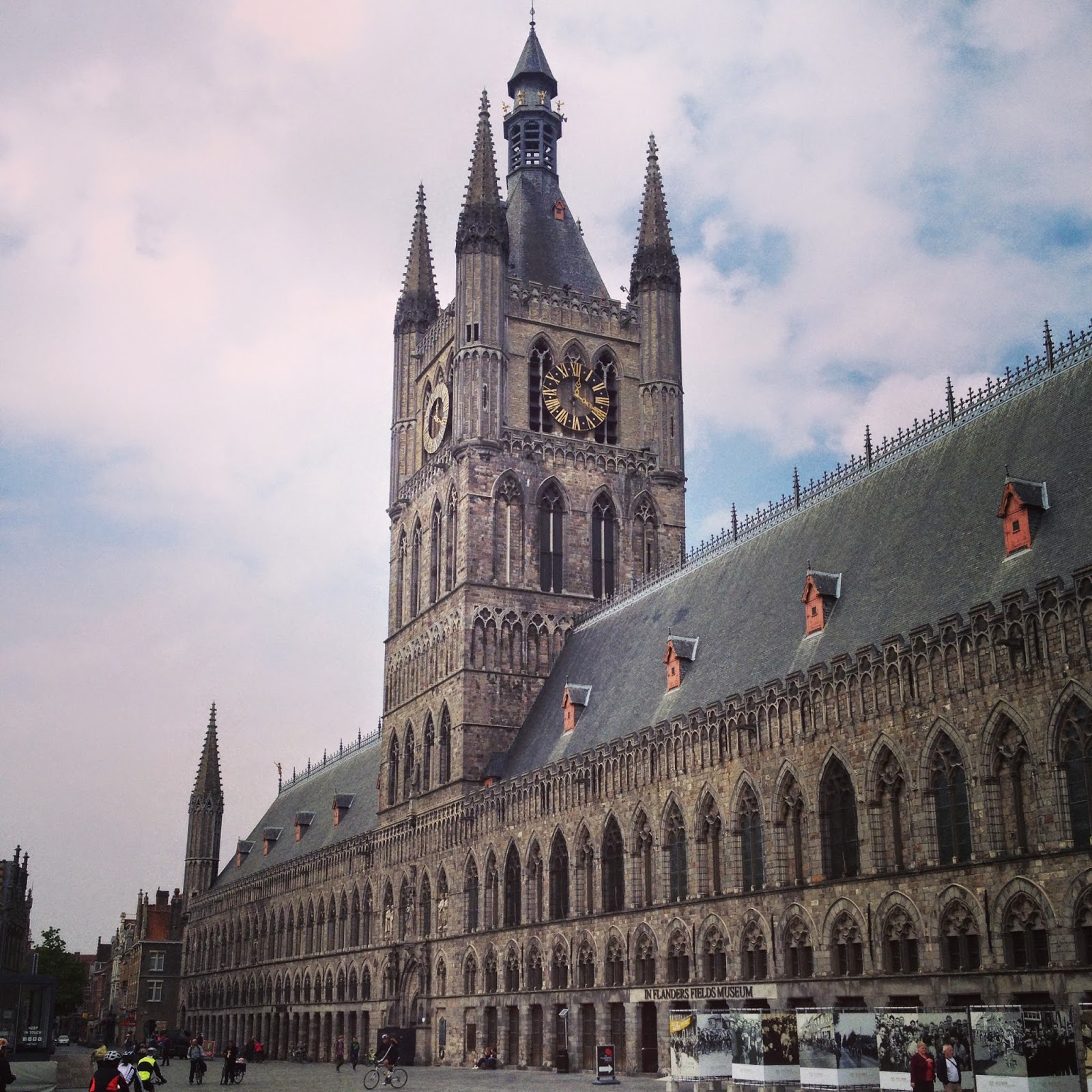