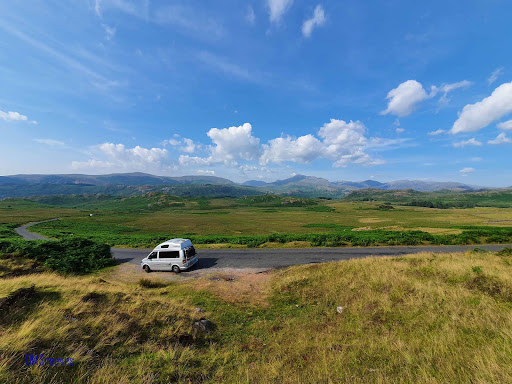 Friday
The forecast was for a great weekend weather-wise so we couldn't resist another trip up to The Lakes.  As it was so busy last weekend we thought we'd head out to the western part of the Lake District National Park and although it does get quite busy it's a more remote than the main tourist spots. The plan was to spend the weekend kayaking and SUPing on the lake with a nice low-level walk in Nether Wasdale on Saturday afternoon.
By the time we arrived at Wast Water on Friday evening quite a few of the day trippers were just leaving and we were able to find a spot to park up to get the SUP out and enjoyed a couple of hours paddling.
Wast Water
The lake is 3 miles long and a one-third of a mile wide.  It's the deepest lake in England at 258 feet deep.
The Wasdale Screes are an area of loose boulders directly underneath Illgill head and Whin Rigg, rising from the floor of the lake to a height of almost 2000ft, they loom ominously over the water on the south-eastern bank of Wast Water.
I've been fascinated by the scree slopes ever since our first visit to Wast Water in July 2010 when we hiked up Scafell Pike and we've revisited a number of times since then.  The poet William Wordsworth was far from complimentary when he described Wast Water as 'long, stern and desolate'.  I love it here, it's one of my favourite places in the lakes, so tranquil and beautiful. 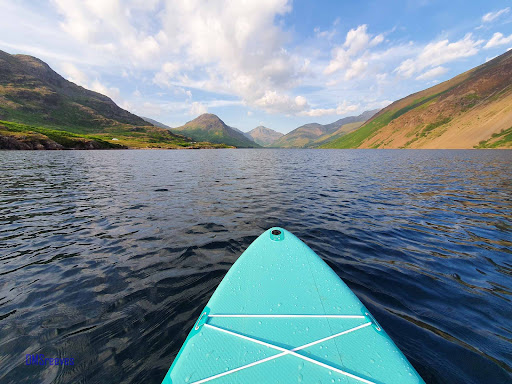 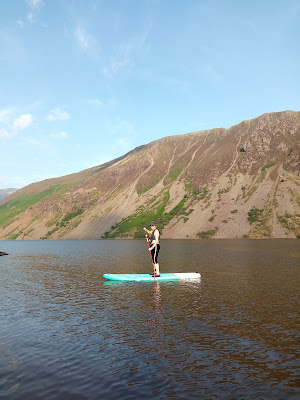 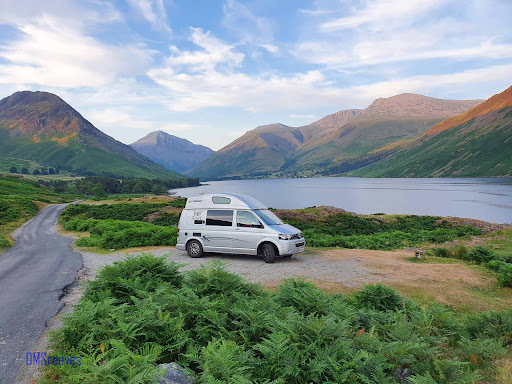 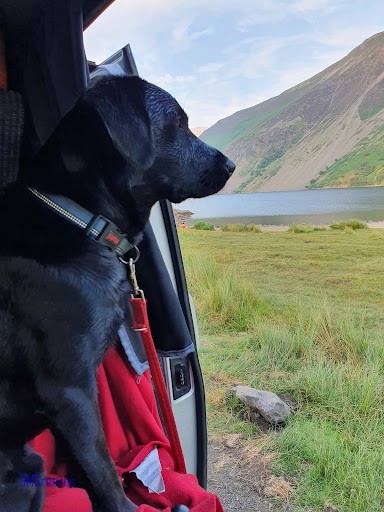 Saturday
We were up early and headed off to Wast Water for an early morning SUP before the crowds arrived.
When Charlie was a pup we'd taken him in the kayak a few times but with lockdown and not being able to get out as much as we'd have liked we hadn't been able to get him used to it so we thought we'd spend a bit of time this weekend training him to stay in the boat.  We bought him a float coat just in case he got into difficulty in the middle of the lake, this way we'd be able to pull him out if need be. 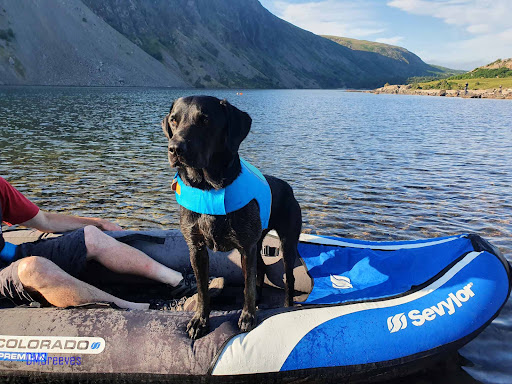 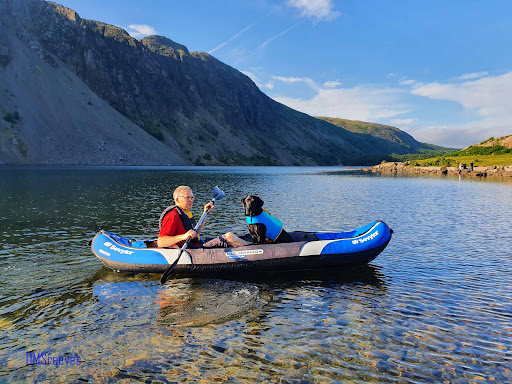 We thought he'd try to jump out straight away as he loves swimming but he was happy to sit in the kayak which was great. 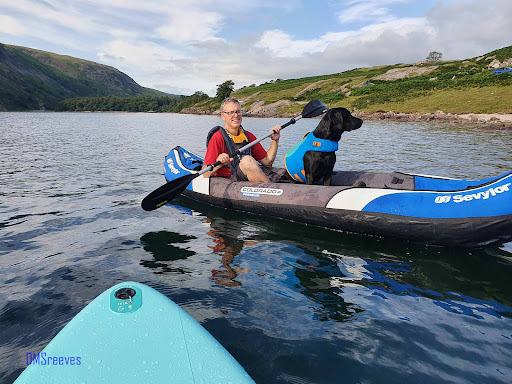 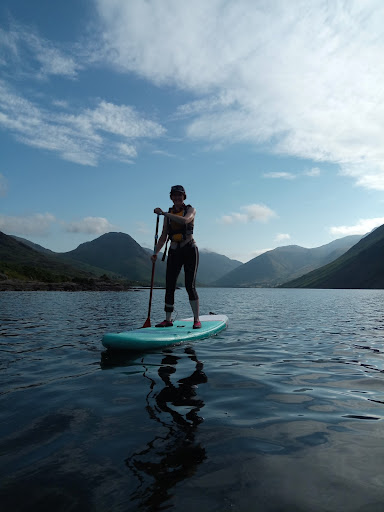 After a few hours playing on the lake it was starting to get quite busy so we decided to head off to do  the Nether Wasdale Wander a series of 14 caches on a 4.25 mile walk. 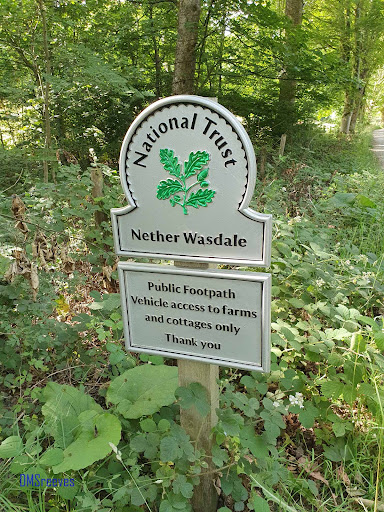 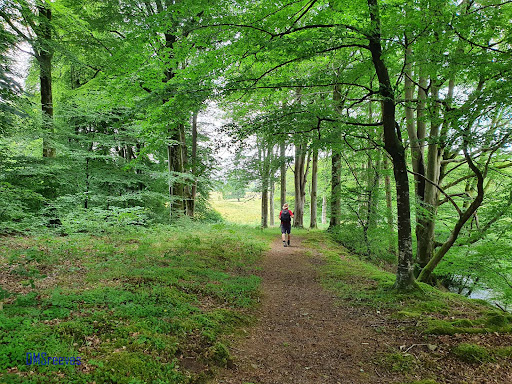 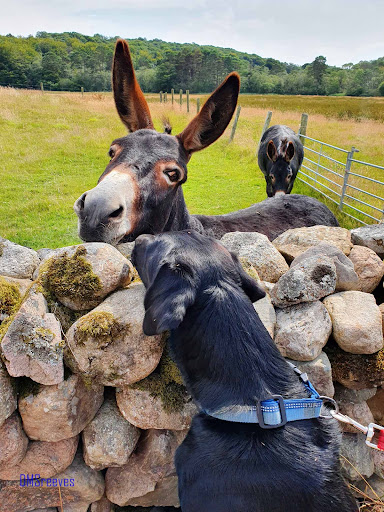 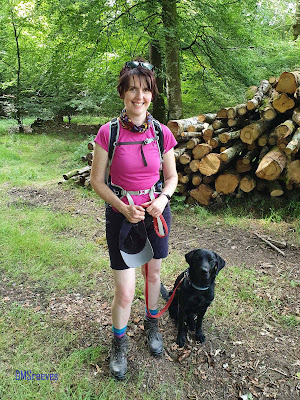 It was a lovely low-level walk, mostly in shade.  We saw lots of fresh cowpats and hoof prints on a short section of the walk but thankfully we didn't see any cows. 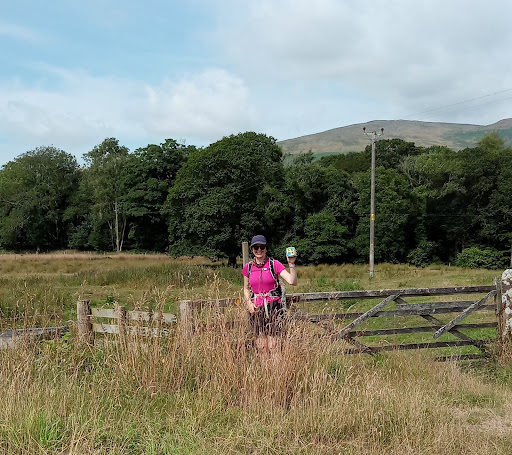 After having something to eat we headed back to Wast Water, it was fairly quiet again and we enjoyed a couple of hours playing on the lake before heading to our overnight spot.

SUNDAY
Up early again and back to Wast Water for an early morning paddle. 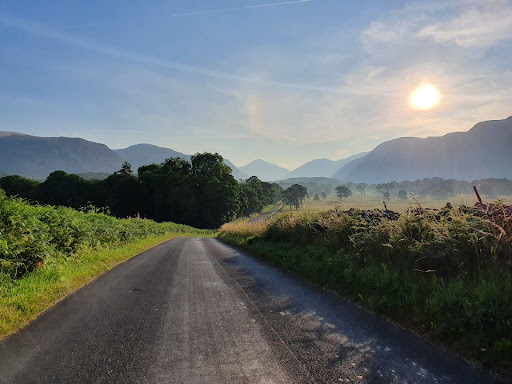 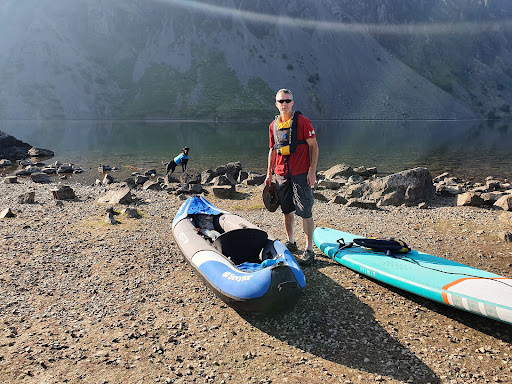 We'd spotted a cache about a mile the other side of the lake and thought it would be fun to paddle to it. 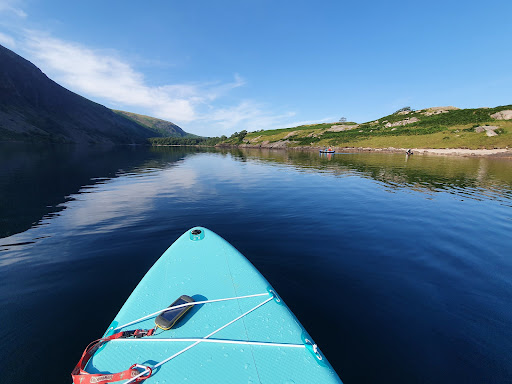 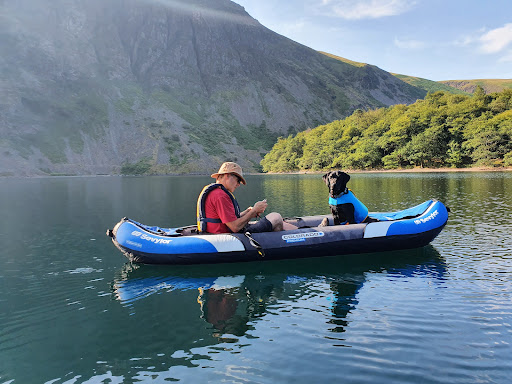 We eventually reached the shore and went off in search of the cache. 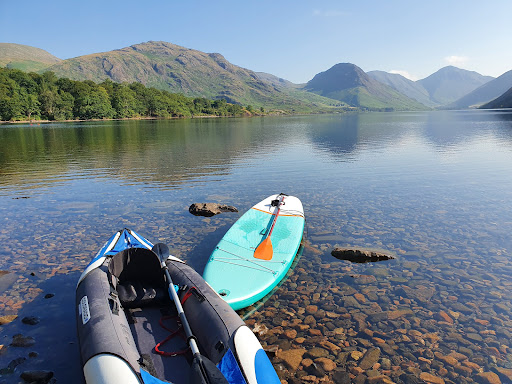 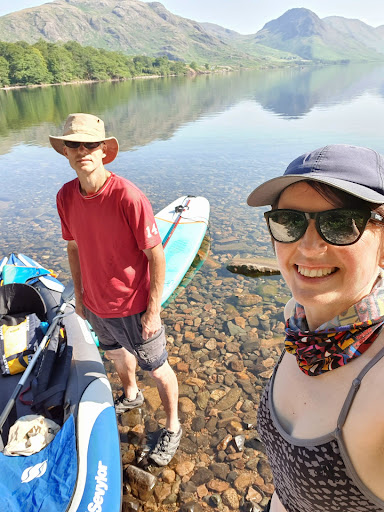 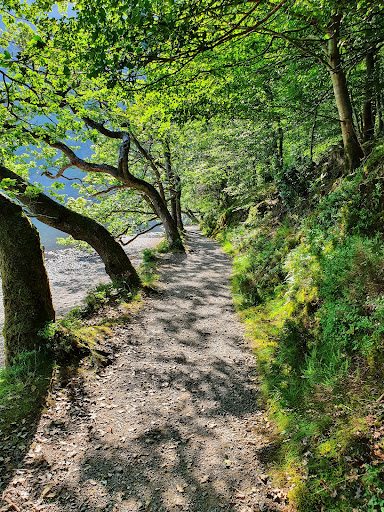 There were a few previous DNFs so we didn't' hold out much hope and sadly we couldn't find it.  Oh well, we'll just have to come back another time 😊
We enjoyed a gentle paddle back again and by now the sun was getting quite intense so we spent a couple of hours back at the van, relaxing before heading out for another paddle. 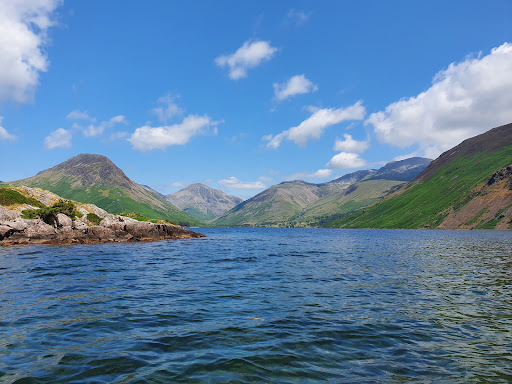 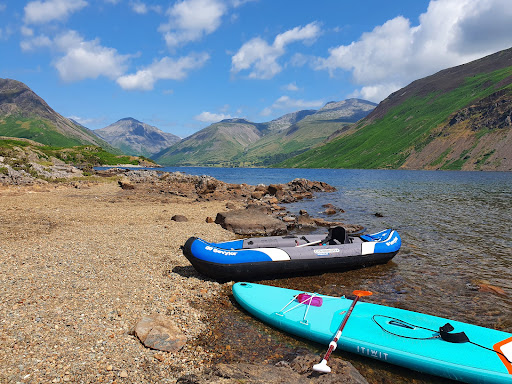 There's barely a phone signal and definitely no data connection so it really does feel that you are away from it all when you come here.
We'd been putting it off for as long as we could but it was time to head back home.
We have plans for the next few weekends so it'll be a while before we can get back up to the Lakes.