Since our last visit to Cornwall in June 2014, a number of new Wherigos had been published so we decided it was time for another visit.

As I mentioned in the last blog, we are making a concerted effort to find more Little Quest caches this year, we found a few when the series was first published back in 2008 but over the years we’d been focussing on other things instead. 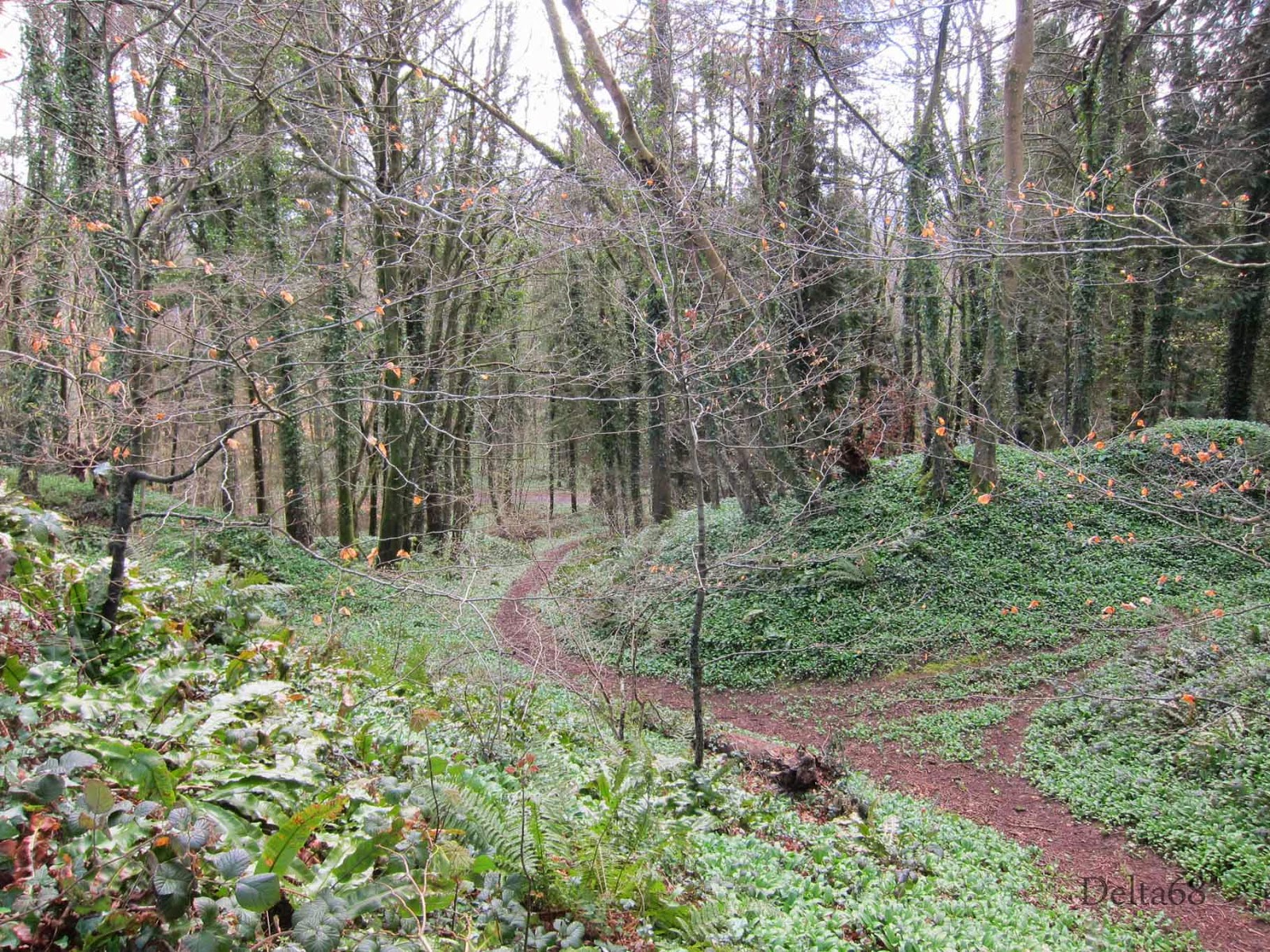 We set off on Friday morning and detoured off the M5 at Taunton in order to find the LQ: Somerset.  No problems here, it was in a nice location with a great smell of wild garlic in the air. 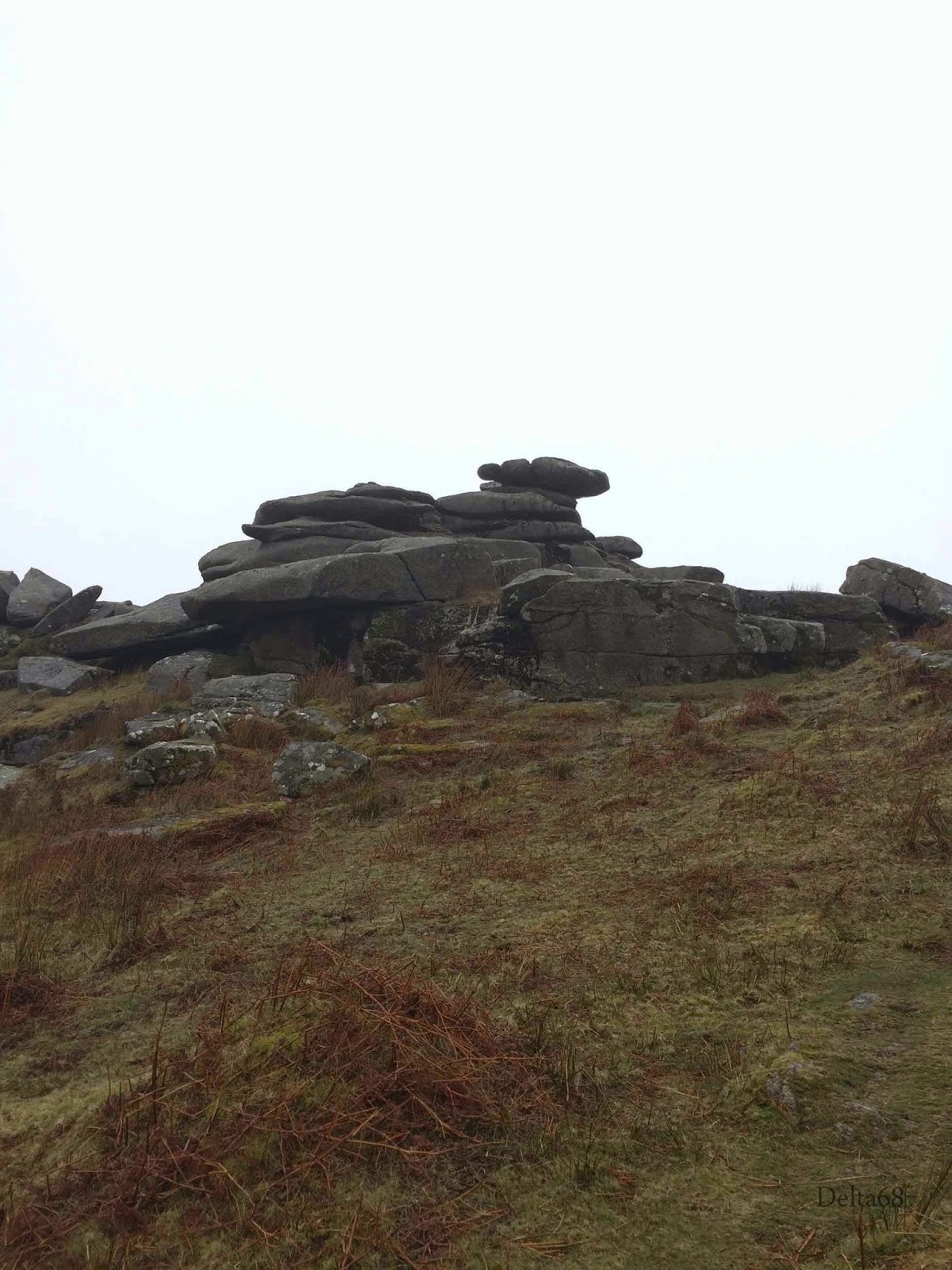 Then onto LQ: Cornwall.  We parked the car in torrential rain and pondered over the best route to the cache and whether we were in the best parking location.  After about 15-20 minutes the rain eased from torrential to just ‘really bad’ and we decided to go for it.  Not only was it raining, it was also extremely windy and thankfully once at the top the cache was a quick find.  The cache was in a great spot and on a clear day I'd imagine the views were fabulous. 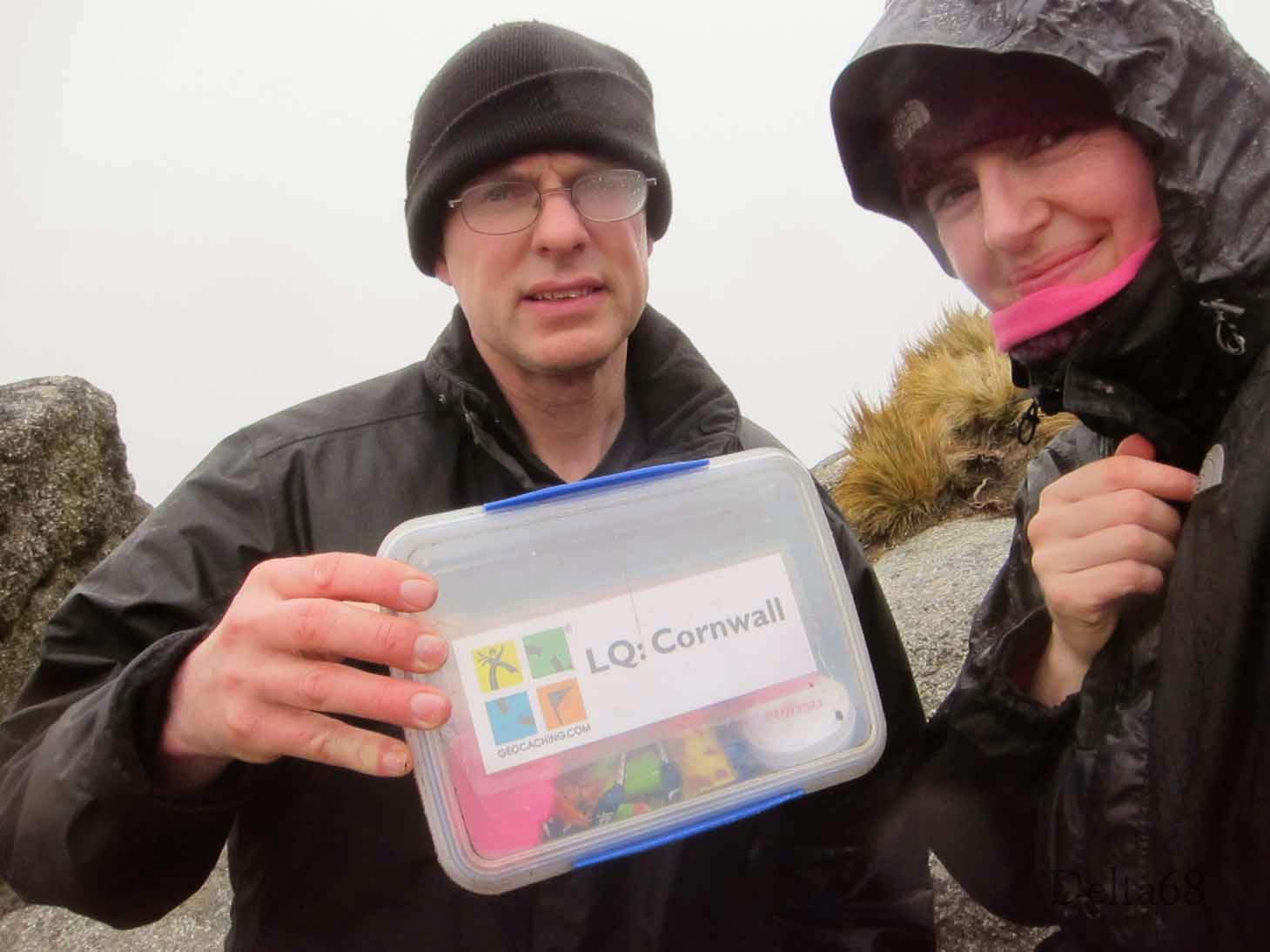 We stayed at the Travelodge in Roche again. It is the third time we’ve stayed there as it’s nice and central for the surrounding areas. Over the years we’ve seen the area change from the newly improved A30 not even being on the sat nav on our first visit, to a fully functioning service station materialising 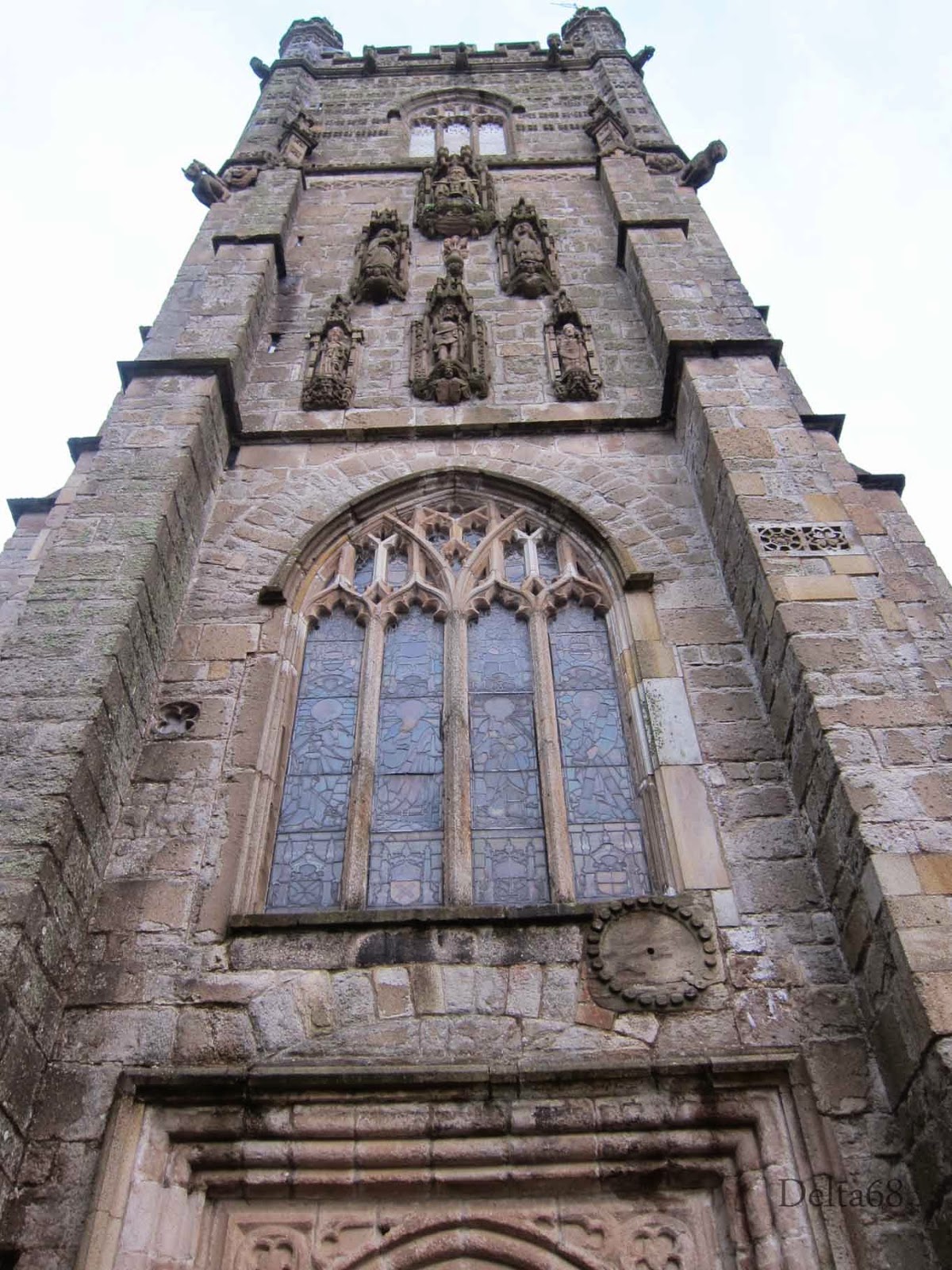 After checking in, we headed into St Austell to do the Heart of St Austell Town Trail Wherigo and a couple of Earthcaches. This was a really pleasant walk around the town although it was bitterly cold. 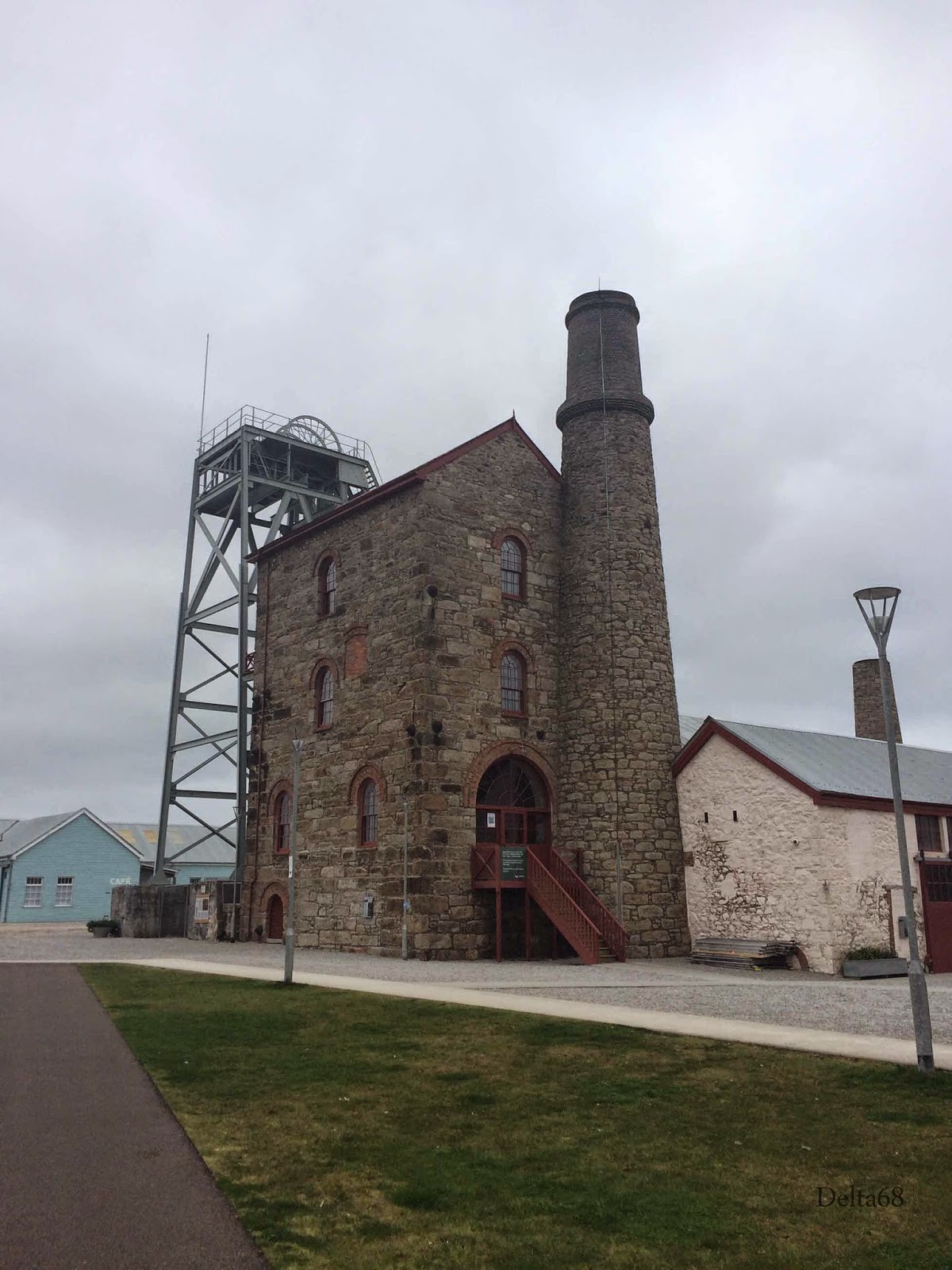 A dry start although it was still very cold when we ventured off to ‘Build a snowman’.  This Wherigo was purpose made for the location and was great fun to play.

Tres Skoren Porthtreth a'n Hens Horn series next which follows the route of the old tramway from Pool down to Portreath.  A thoroughly enjoyable series during which we’d worked up quite an appetite. Time for pasties!!!  No trip to Cornwall would be complete without having at least one proper Cornish pasty so we headed into Hayle to Philps famous pasty shop, where we have sampled pasties a few times. 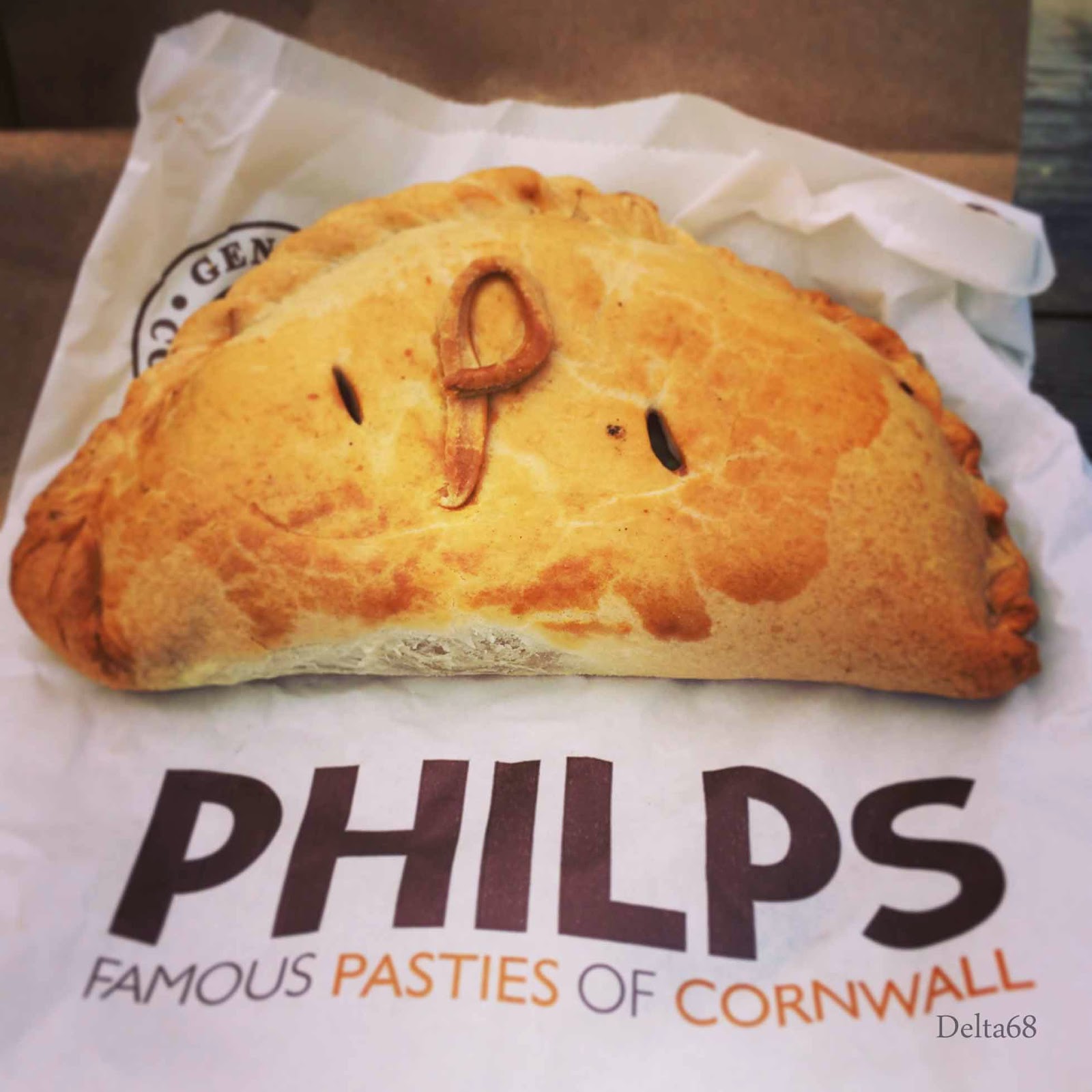 Next stop Truro and the Pub Quiz Mastermind Wherigo.  This Wherigo is a slightly unusual format in that it just involves correctly answering a series of quiz questions in order to be rewarded with the co-ordinates for the final location.  Mark had completed this several weeks earlier in preparation for the trip and the cache itself was nice quick find at GZ. We rounded off the day with a leisurely walk around Truro and then chips for tea. 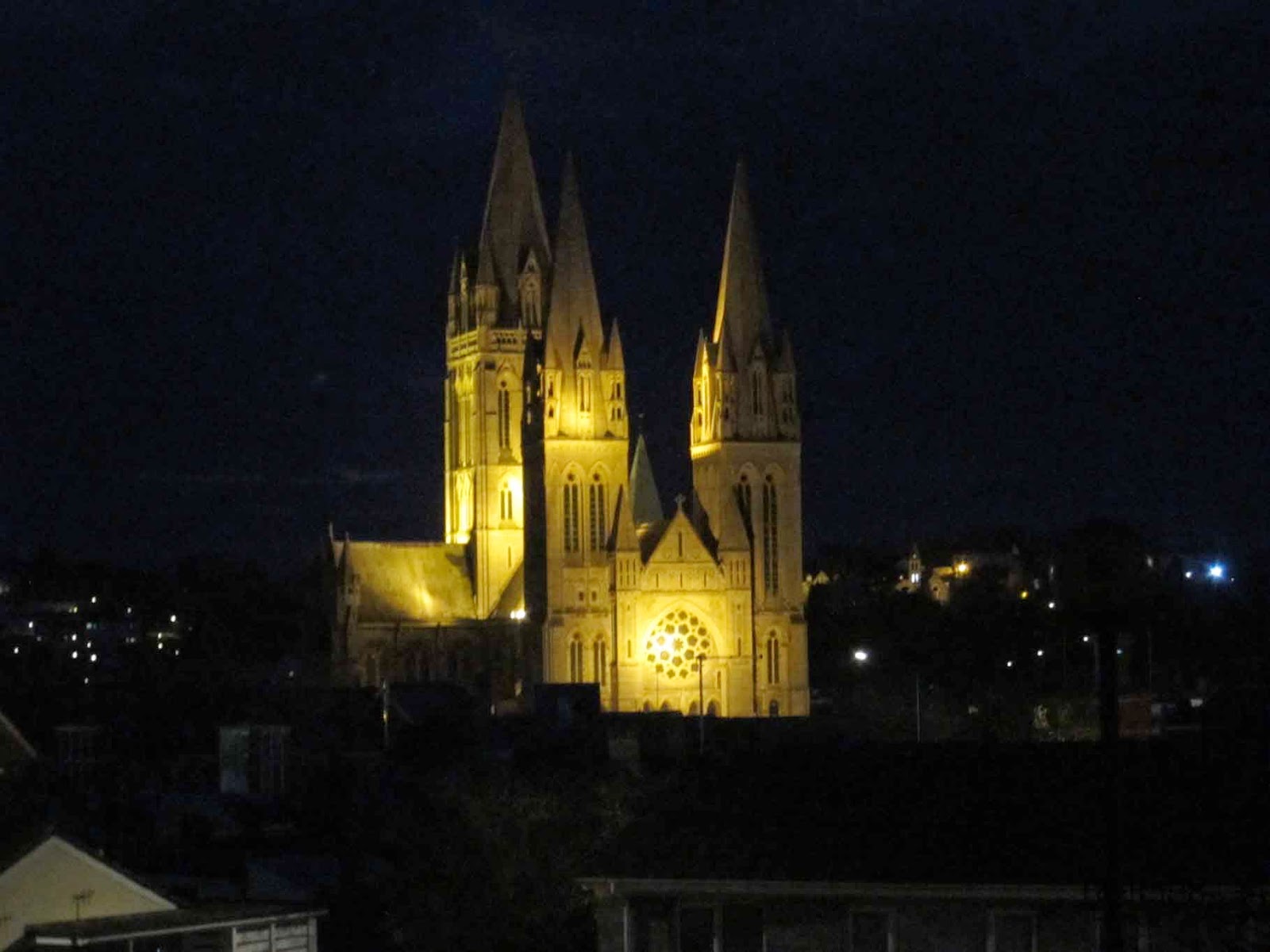 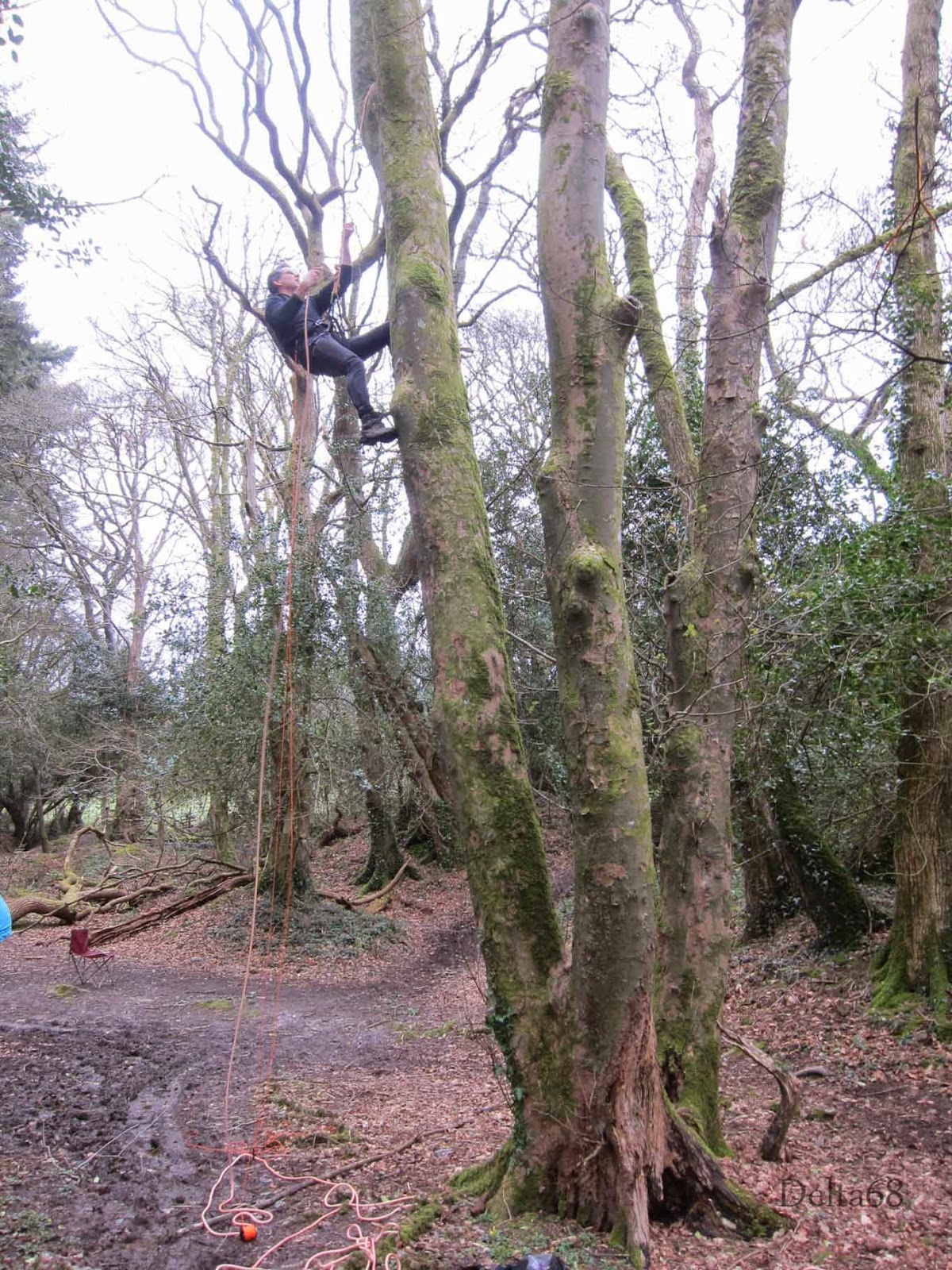 We started off with the Reverse Wherigo Where's 'Um To?.  We’ve found quite a few of these now so the mechanics of finding the final location is not a problem, but the spoiler picture on the cache page was cause for concern.  It was obvious that the cache was quite a way up a tree!  Although we’ve found many caches involving a tree climb which claim to be 5* terrain, we’d never attempted any which definitely required ropes and were, therefore, truly 5* terrain.

We completed a climbing-wall course last year so knew the basics of how to do things safely but this is somewhat different to a straightforward rope climb.  Mark had done quite a bit of tree work with ropes in his younger years as a tree surgeon but had all but forgotten how to set it up. After a bit of research we discovered what the bare minimum equipment was that we'd need and bought the necessary bits and bobs, including harness, rope and prusiks in preparation for our trip.  This was quite an expensive outlay but we intend doing a lot more of the extreme caches and will be adding to the kit in the future.

Anyway, after a few (quite a few) throws Mark had the throw line in a suitable location and the climbing rope was hoisted into place. The youtube videos showing a double drop rope and single prusik make it look really easy. It’s not. But before long the log was signed and Mark was back on the ground again. Beth was keen to have a go as well (she’d done quite a bit of this sort of thing with Scouts over the years) and soon made her way up the rope using two prusiks.  Unfortunately as this had taken quite some time there wasn't time for me to go up the tree as we had other plans on our to-do list for the day.  Hopefully I will get a turn next time. 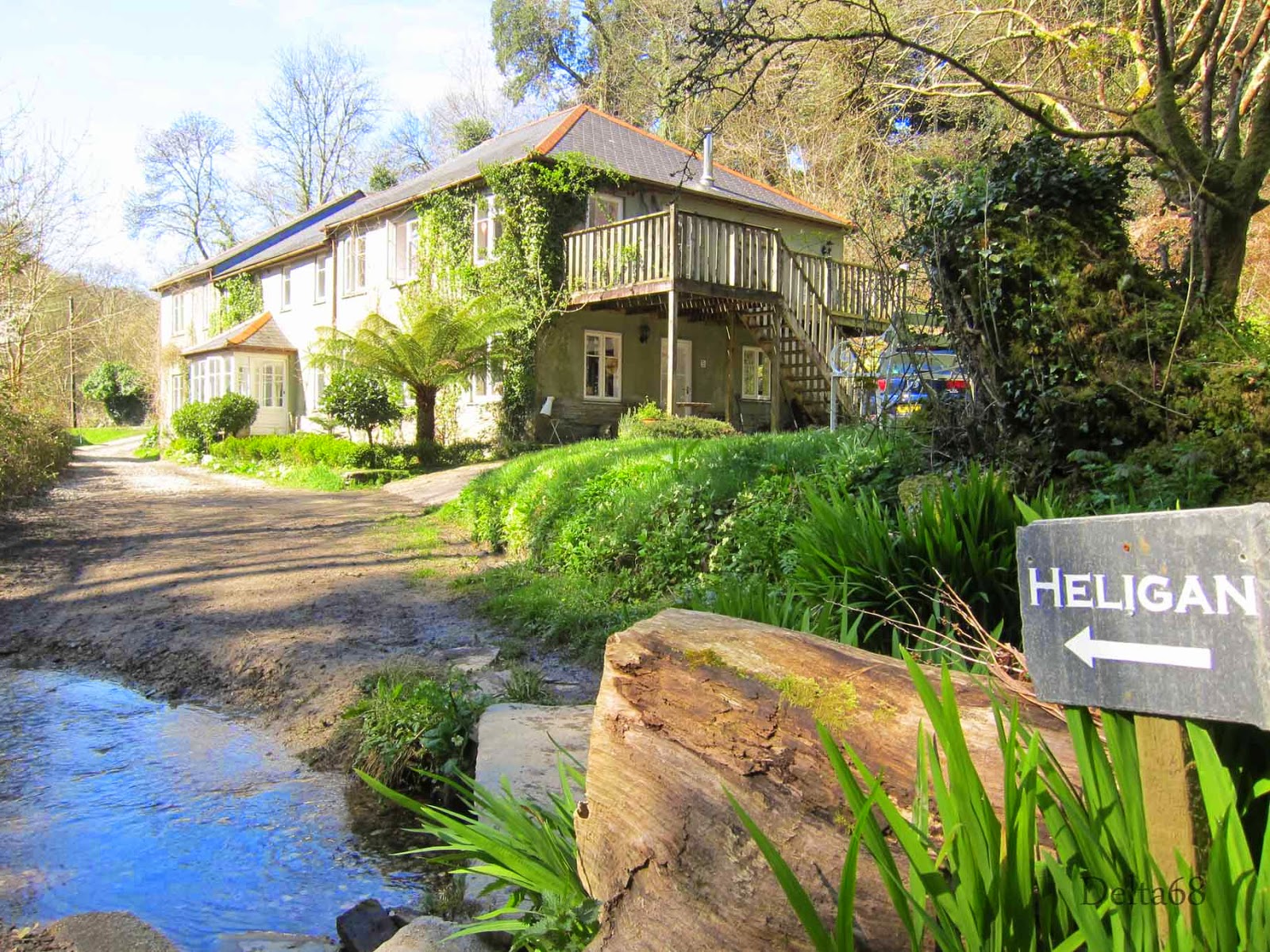 Then it was off to do the Heligan Hike.  This was a fabulous circular walk around the valley near the lost Gardens of Heligan, by this time the sun was shining and we were walking in our T-shirts. 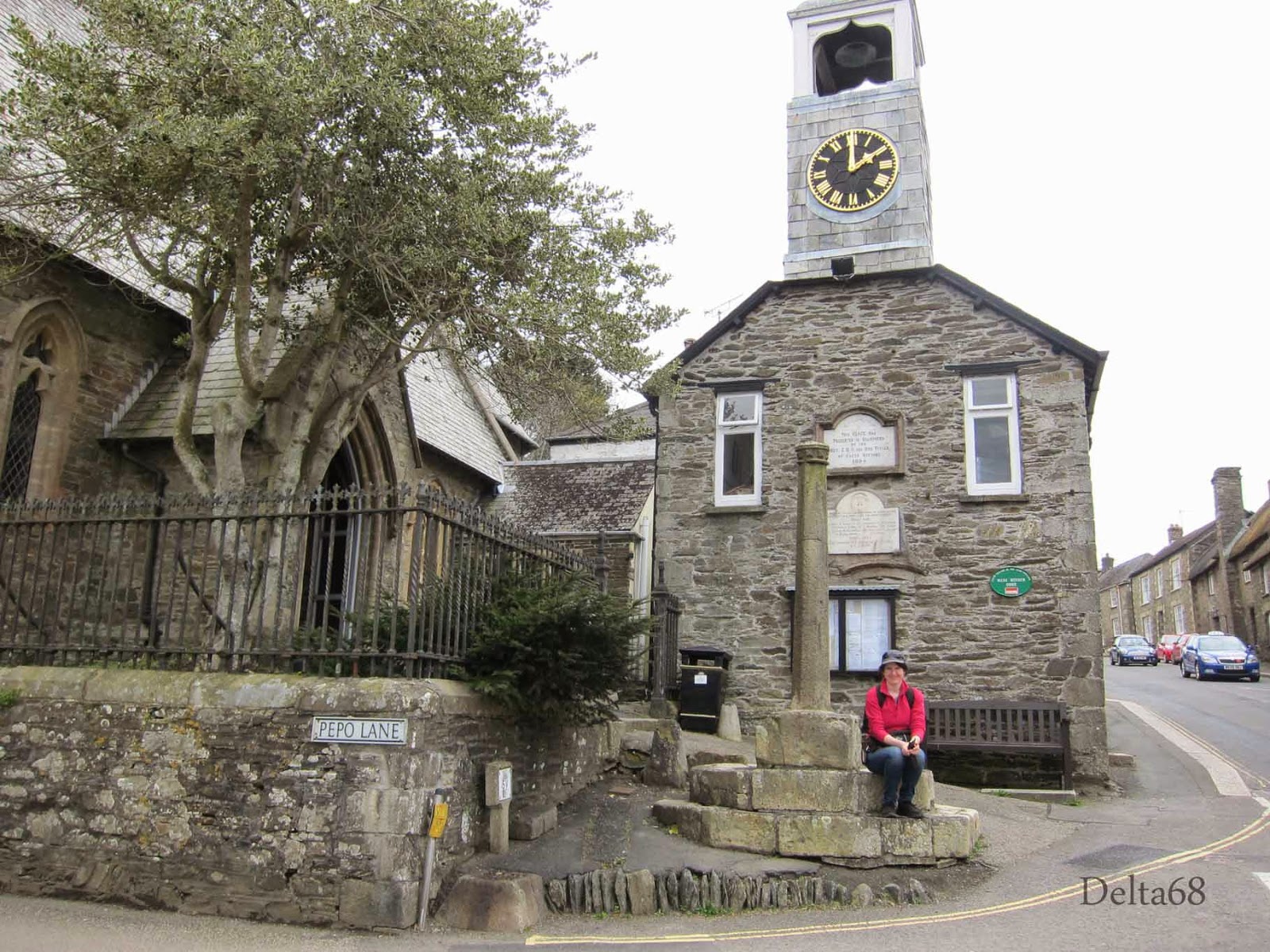 Grampound Wherigo next. We thought this one was going to be all on pavement so didn’t bother putting our walking boots on but about halfway through it takes you to ‘the woods’ so we soon regretted out inappropriate choice of footwear.  Never mind, it was still a lovely walk and included a multi and a few trads en-route 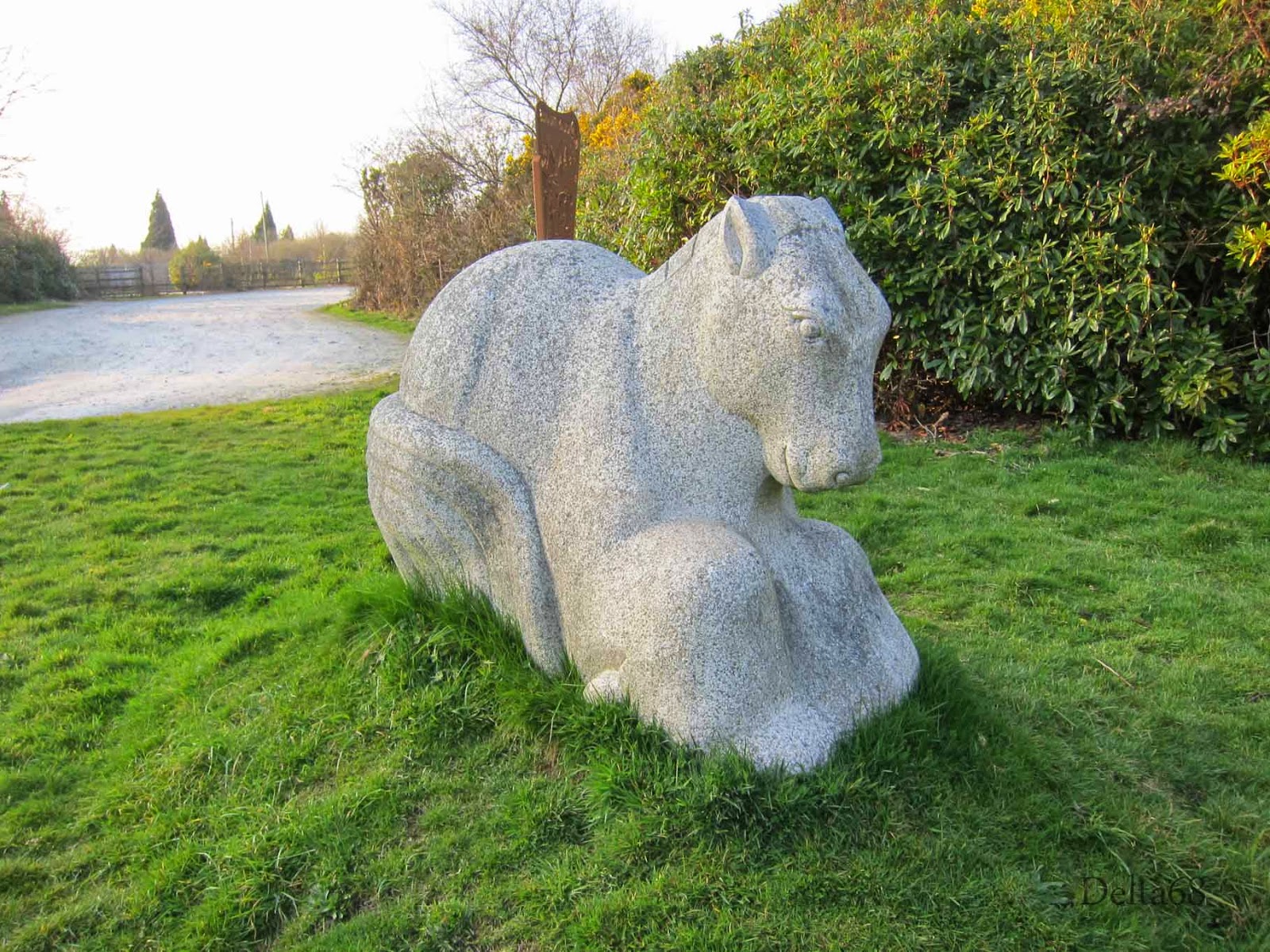 We rounded off the day with Quentin's Quest. A series of 17 caches around the village of Bugle.  A lovely walk that we managed to complete just before dark. 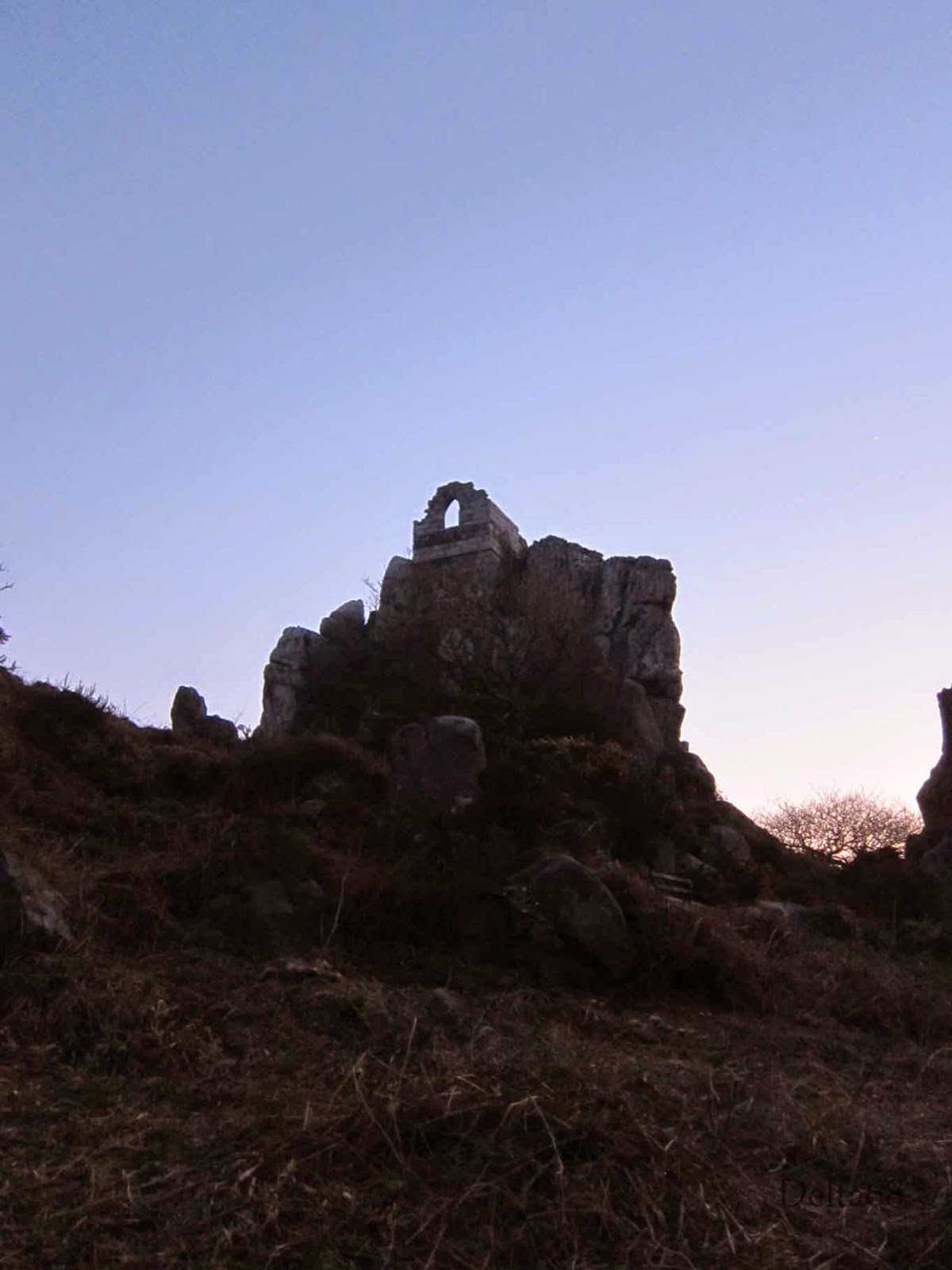 We’d planned to do the Tamar Treasure Trail on the way home but knew it was going to take quite a long time so checked out of our accommodation very early.  This Wherigo is actually more of a classic treasure hunt but it is listed as a Wherigo because one of the stages is a Wherigo cache.

I can’t really say too much about this Wherigo as to do so would spoil it for others but safe to say it’s frustratingly tough at times but it did take us to many beautiful locations, which we really would never have found.  Although it’s listed as 5/5, the terrain is really only about 2 or 2.5 but the difficulty level of 5 seems low!

We set off before sunrise and it took us about 12 hours to complete and that was even with PAF help from a very kind and helpful previous finder as one of the early stages was missing and another one was damaged.  Would we recommend it? Yes, definitely … it’s got some really imaginative and ingenious stages, some we have never come across before. 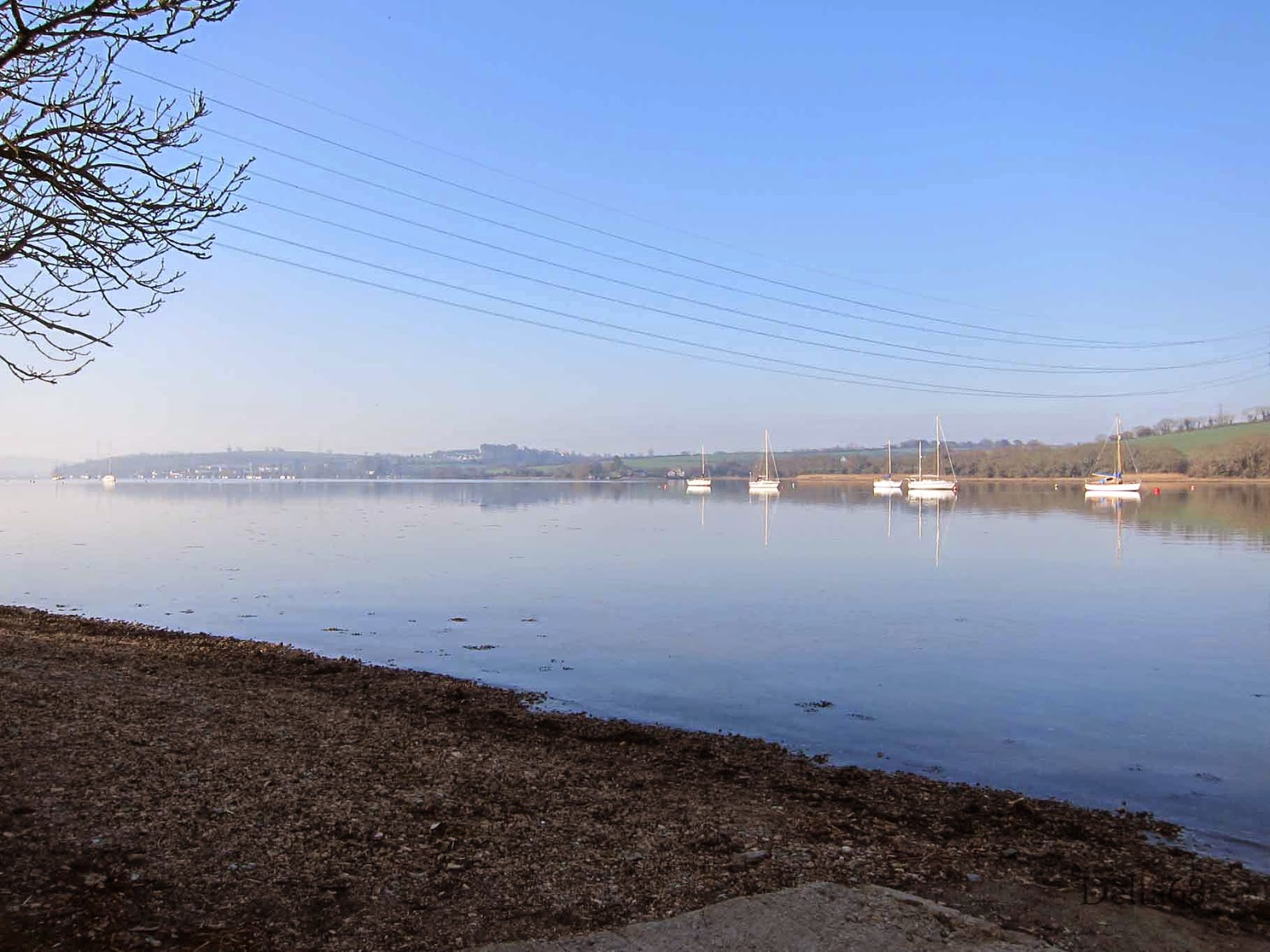 If we had to offer constructive criticism it would be that the lack of hints or any clues of what we were looking for at a couple of the stages tainted the overall experience.  But on balance we had a fantastic memorable day, in a beautiful area of the country, discovering many new places that we had never been to before on a glorious, hot, sunny day.  Once we got to the final stage it was all worth the effort we'd put in, once again no spoilers - JUST GO AND DO IT! 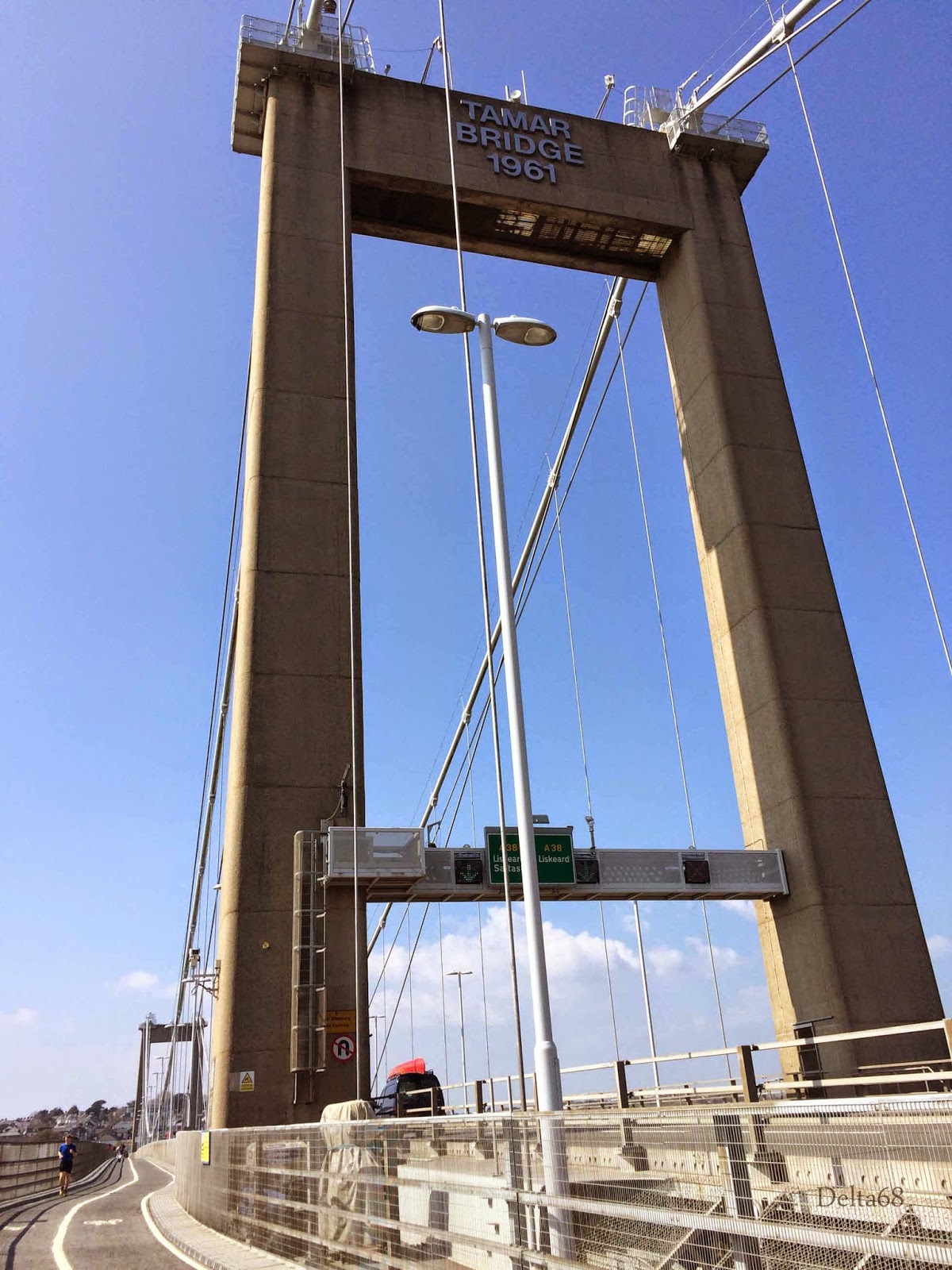 That was the end of our trip, we arrived home about midnight, luckily missing all the bank holiday traffic.
Posted by Donna and Mark at 23:22 No comments: