Coming of Age 3 by Superted

This was the third event in the Coming of Age series, they are called 'Coming of Age' for no other reason than that they are held on the 18th of the month, this month the 18th fell on a Sunday so the event was held outdoors and started at 9.30am.  A very frosty morning, so only for the really hardened cacher that doesn't mind an early Sunday start on a very cold day

The event was held in Newbold Comyn Park, Leamington Spa, a park we'd never been to before.  On arrival at the event we were met by a gathering of friendly cachers, some we knew some we hadn't yet got to know.  Superted was busy cooking up bacon butties for everyone and there were hot drinks and stollen to tuck into.

After a mingle and chat the details for 8 new caches were handed out.  After entering all the co-ords into the Oregon we headed off with Dadu13 and soon found ourselves in a much larger group with many other cachers including Homer Trackers, Monki, Blue Nora, gaz_zippy, birder1951, Shanks Pony and along the way we were joined by many others.  I think we managed a couple of group FTFs and Dadu13 and Gaz_zippy found their 2000th caches!

The weather was very kind to us and we enjoyed a frosty walk in the sunshine picking up the new caches and an existing cache along the way.  Then after a couple of hours we were back at the car park and Superted was serving up delicious soup, which was lovely and warmed us up nicely, then just time for some more geo-chat before heading home as it was now raining quite hard.

A thoroughly enjoyable event, looking forward to the next one!

Email ThisBlogThis!Share to TwitterShare to FacebookShare to Pinterest
Labels: Event

A Break From The Norm 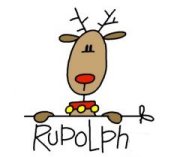 A series of seven caches that are in the 'break from the norm' theme on a walk that's just over 1½ miles near Flyford Flavell.

not far away (more about that in a minute) we decided to do them on our way home, as it looked like we'd just have enough daylight to complete the walk.

The terrain was flat and there was only one stile to negotiate which was dog friendly, in fact the whole walk was dog friendly and the only livestock we encountered were sheep.

All the caches were cleverly Christmas themed, we really enjoyed finding them and each time tried to imagine what we'd be searching for before we arrived at GZ.  I've not included any photos so as not to spoil it for anyone that's not done them yet.  Our favourite was #7, certainly got quite a surprise with that one

.   A thoroughly enjoyable mini-series which really put us in the Christmas spirit........

Right, about those new caches....
Mark: Some time ago I had the idea of having several Wherigo caches in one cartridge. My original idea was to have nine caches which had to be found in order to unlock a final cache. The idea was to pick up nine pieces of a treasure map. In order to allow for the fact that cachers might find these map sections in any order, I had to have 512 different images to cover all possible combinations. This worked fine in the emulator but when I tried it in the Oregon it worked but was soooo slow to respond that it was a no-goer.
Back to the drawing board.

I did away with the 512 map pieces and tried to think of a new theme to  connect a group of caches together. While flicking through the Schotts Miscellany looking for inspiration I saw a list of Santa's eight reindeer!
Perfect! But hang on, in that case I'd need to get it done in time for Christmas.
In order to test the logic, I took some waypoints along our usual evening dog walk. Poo bin, letter box, telephone box etc and the next few nights tweaked the prototype. Added bits here, removed bits there until I had something which worked reliably. Now to find somewhere to place the actual caches.

I'd spotted a nice little cache-free circular walk near Stratford and submitted a cache with ten final location waypoints on it for Geohatter to check that there were no show-stopping problems with the route.
There was!. Half of the waypoints were within a local nature reserve and another was too close to  the final location of the only puzzle cache in the area that we hadn't actually found yet.

After more pouring over the map, I spotted a potential location and we went out and placed the caches. After adding all the new co-ords into the prototype we returned the next day to try it for real.

The Oregon worked fine of course. The Mio failed to detect one of the zones. A bit of wandering backwards and forwards would have probably worked but we were pressed for time and had to abort the Mio test.  Donna tested it on the iPhone and it sort of worked but it didn't unlock the bonus zone so I'll have to try and work out what the problem is there.
About the Wherigo.

After arriving at the parking co-ordinates, you will see that there are eight locations.

These are all logable caches with a physical box etc.  When you get to within 50 feet of each location a cache and a reindeer will show up in the 'You See' screen.  If you click on the reindeer you get an action - 'catch'. This will add the reindeer to your inventory. You need to 'catch' all eight reindeer in order to unlock the location for bonus 1 'Santa's Grotto'.

The 'cache' item has two actions - 'View Hint' and 'Mark as Found'.  Marking it as found simply hides the zone from the list of locations.

Each physical cache has a laminated card in it with a letter/number pair on it. You need to make a note of all of these in order to calculate the final location of the second bonus cache.  The bonus numbers were chosen so that if one cache goes missing it should be possible to guess what the missing number is and still find the bonus cache.

A series of 14 caches + 2 (a multi and an existing cache).
Set on a 5½ mile figure of eight walk below Bredon Hill.

A perfect day to be out caching - sun shining, no rain and just a slight nip in the air.  We had been looking forward to doing these caches as it's in an area we've always enjoyed walking.

We decided to take Poppy and Whisper with us as the walk looked dog friendly and we weren't disappointed,  we didn't encounter any dog proof stiles or cattle.  The only livestock we came across were sheep so no problem at all.


The series had a very good selection of hides and sizes and were spaced just the right distance apart for a walk of this length.  The multi in particular was very enjoyable, the first stage had us scratching our heads for a few minutes but then I spotted it, very good and not a hide we'd come across before.  The second stage was a very quick find but once again a very well hidden stage that blended in perfectly with its surroundings, then it was onto the final - sorry, no spoilers here


When we got to #9 we realised we'd left Whisper's lead on the fence at #8 as Mark had stopped to change the batteries in his Etrex.  It was about ½ mile walk back but we had time constraints for an appointment mid-afternoon so we decided to press on and drive round at the end of the series for a slightly shorter walk to #8 and pick it up.

We took in an existing cache and made a detour a little way up Bredon hill to Fy Eiliaf (the distraction cache) but as we arrived at GZ we could see there were  foresters working in the woods so we had to wait quite some time for them to move on before we could search for the cache, luckily we could admire the view while we waited


Then it was back down the hill to #13 - Jumbo's seat, a nice little multi to complete the series, what a great spot for a bench here and two beautiful Crab Apple trees.


Back at the car we ate our lunch then we drove round to pick up the dog lead from #8.  Mark ran back but unfortunately the lead had already gone.  We puzzled over this as we couldn't understand why it had been moved so quickly, then later on in the evening we received an email from a fellow cacher who had found the lead and when they'd seen our name in the log book realised it must belong to us so picked it up.  It was very kind of them but unfortunately we don't live near to them so we won't be able to collect it.

All in all a highly recommended walk.