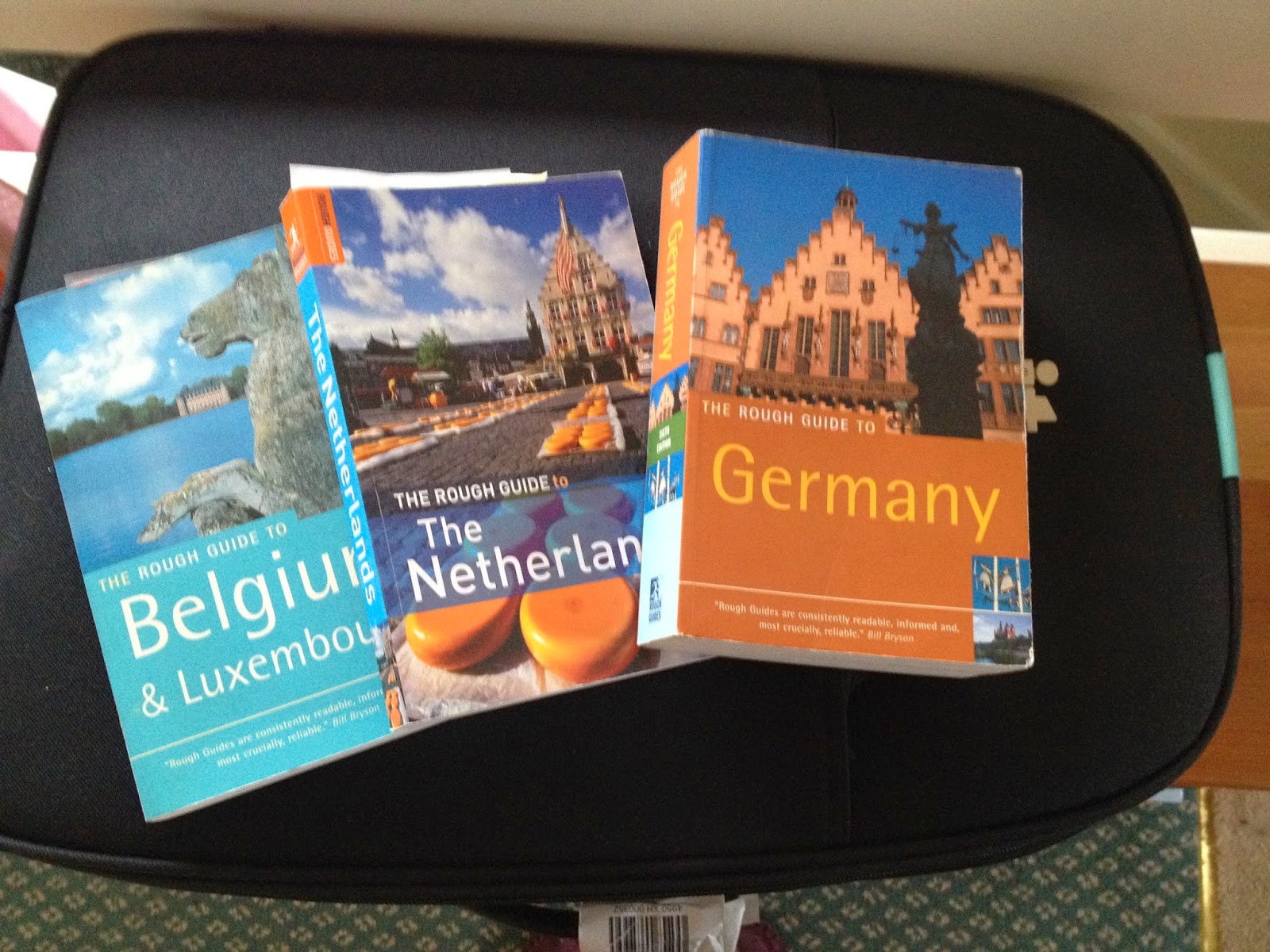 Back in April 2013 Mark asked if I'd like to go to the Bruges Mega Event but as he was only going for the day I decided to give it a miss and he went on his own.  When he got home we agreed that we'd both go this year and make it into a holiday.  As the weeks went on, plans started to fall into place and then Mark suggested we could go to Germany after the Mega event as there was a great looking  wherigo series in Göttingen which was inspired by the Cornish wherigo series we did last May ...... Hold on a minute! Germany? That's quite a long drive from Bruges! 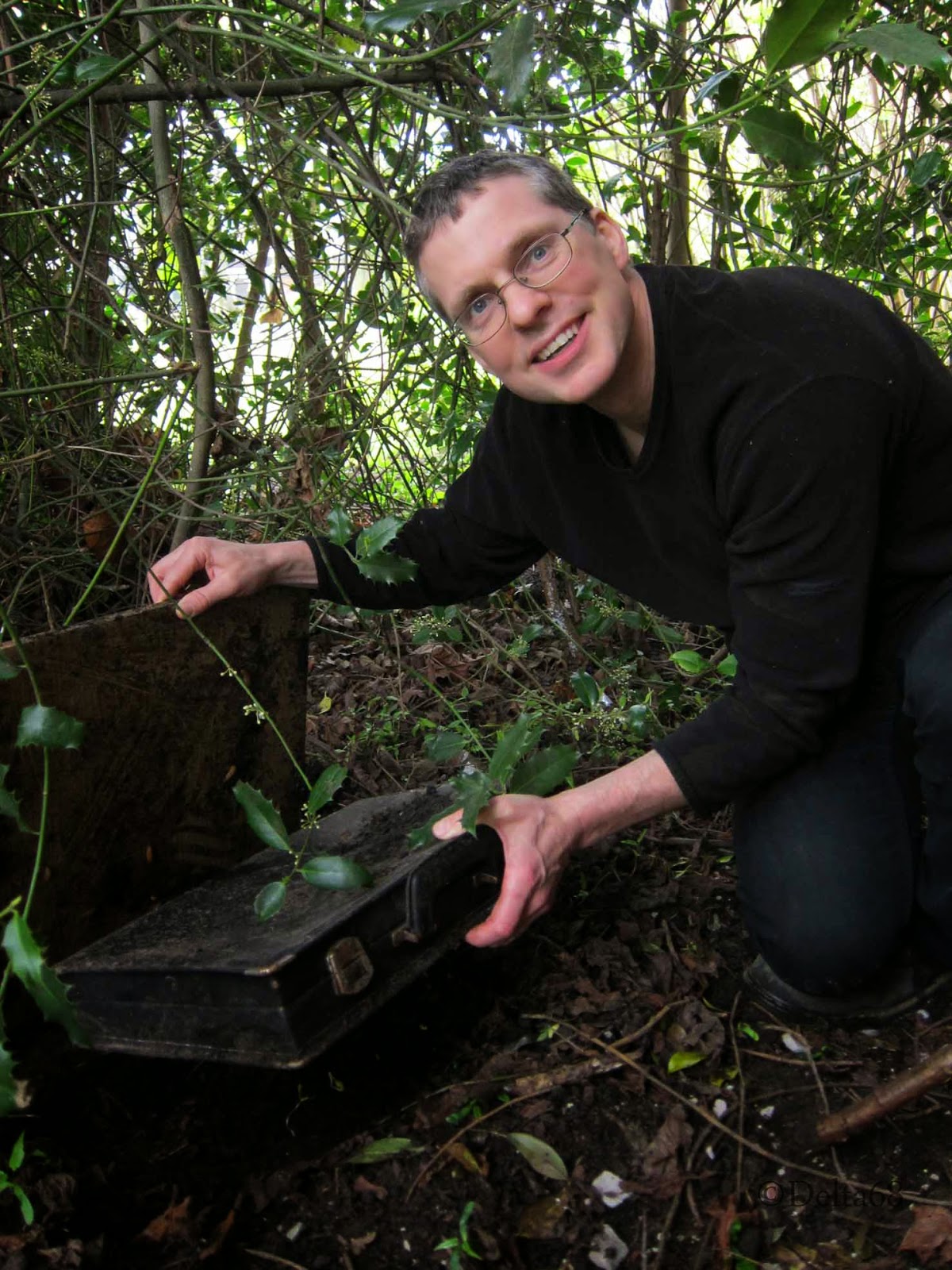 So here is a very succinct account of our trip.  Check out our profile for all the caches we found and the wherigos we played, I've only detailed the highlights and any funny stories as to list everything would get a bit boring to read and take far too long, also I've tried not to give any spoilers away: 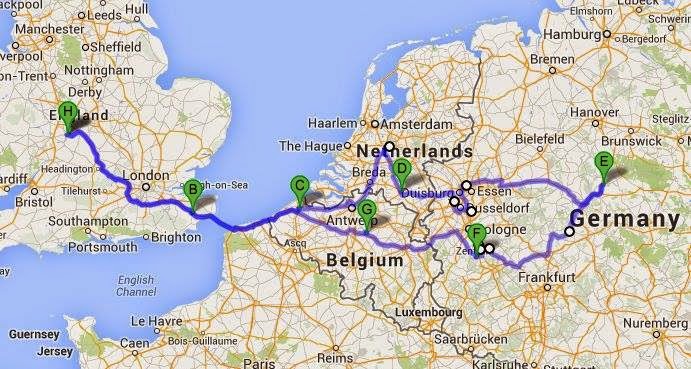 We have been planning this epic trip for months and at last the time has come to set off on our crazy adventure.  Our destination is Göttingen in Germany to do the Farbenspiel Wherigo trail.  On the way we'll be attending the Bruges mega event, visiting the beautiful and historic city of Bruges, hosting our own event in Best near Eindhoven, Holland and finding as many wherigos and webcams as possible along the way as we travel through Belgium, Holland and Germany. 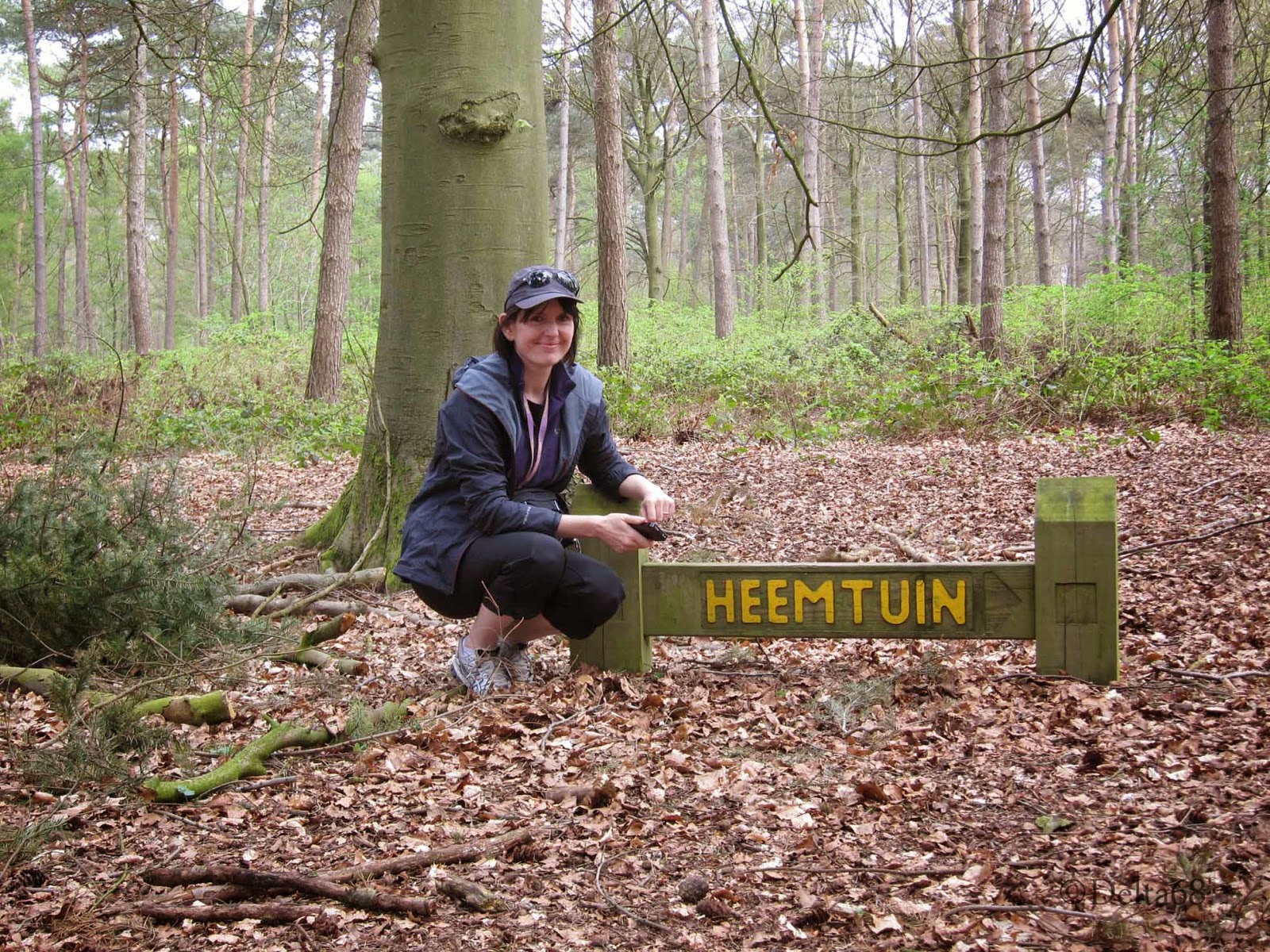 We love the challenge of learning other languages in preparation for caching trips.  Mark can speak fairly good German and mine is, let's say, conversational holiday standard - so we brushed up on a bit of Dutch beforehand and realised that a lot of Dutch words are pretty similar to German - the rest the smartphone app will hopefully be able to handle.

We made up our minds when on holiday last year that we'd concentrate on doing less common cache types, such as wherigos, webcams and virtuals as when you visit an area they are generally in more interesting locations than the nearest power trail.  So this holiday we decided to concentrate on mainly wherigos and web cams. 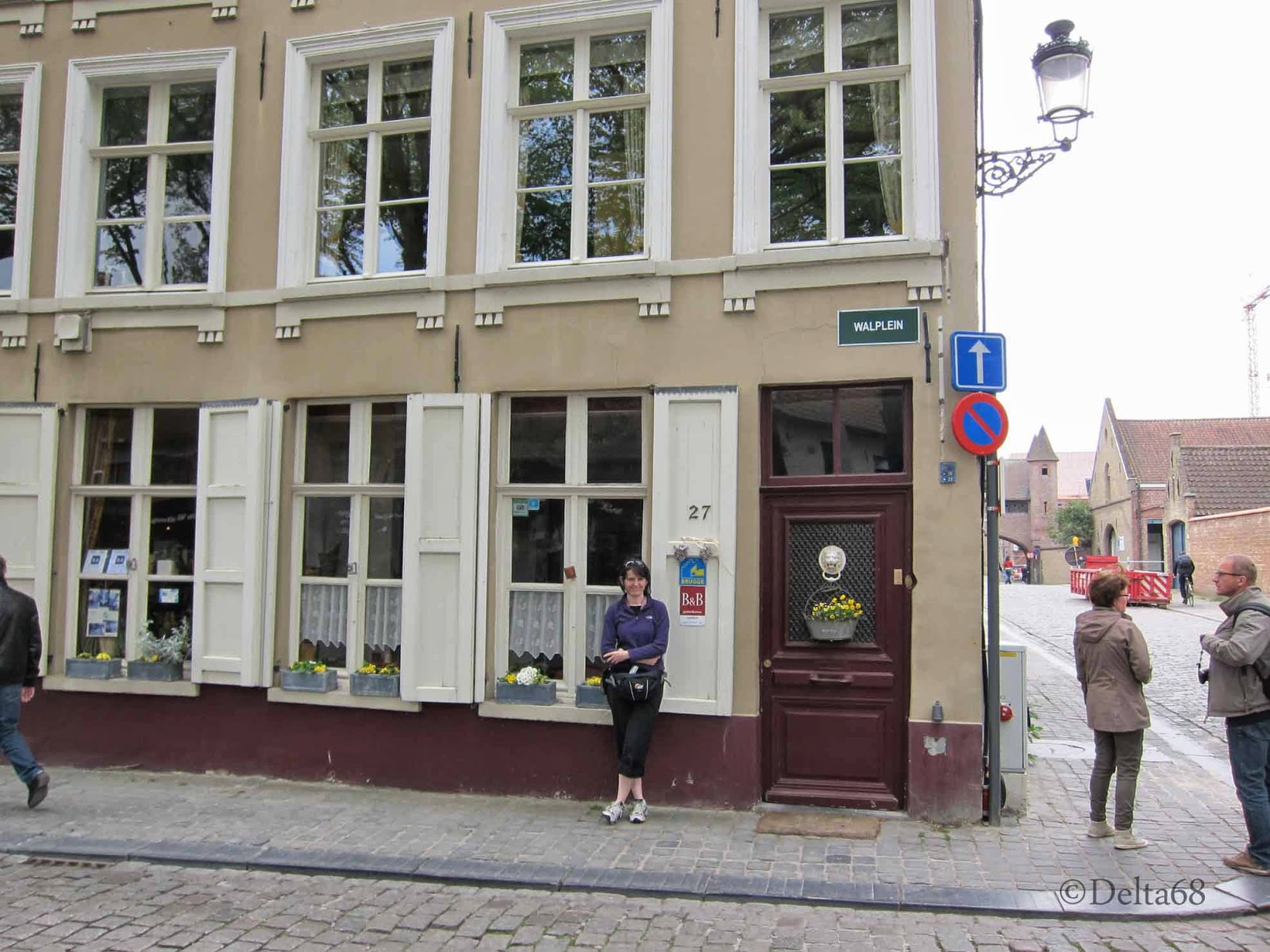 The pic above is our B and B, right in the centre of Bruges and was perfect for exploring the city.  The owner was a lovely lady,  really warm and friendly, she asked us we'd like breakfast around 10 and we asked if we could have it earlier (we are cachers we don't do Sunday lie-ins)

she answered 'how early?' 'Erm.... Is 8 ok?' We didn't dare ask for earlier as it seemed a bit cheeky.  She was a little surprised that we didn't want a lie-in on a Sunday and said she'd get up earlier.  I felt really bad but she was so lovely and didn't seem to mind.  Incidentally Colin Farrell and Brendan Gleeson stayed in the same B and B in 2007 whilst filming the movie 'In Bruges' and there was a photo of him and the landlady in the guest book. 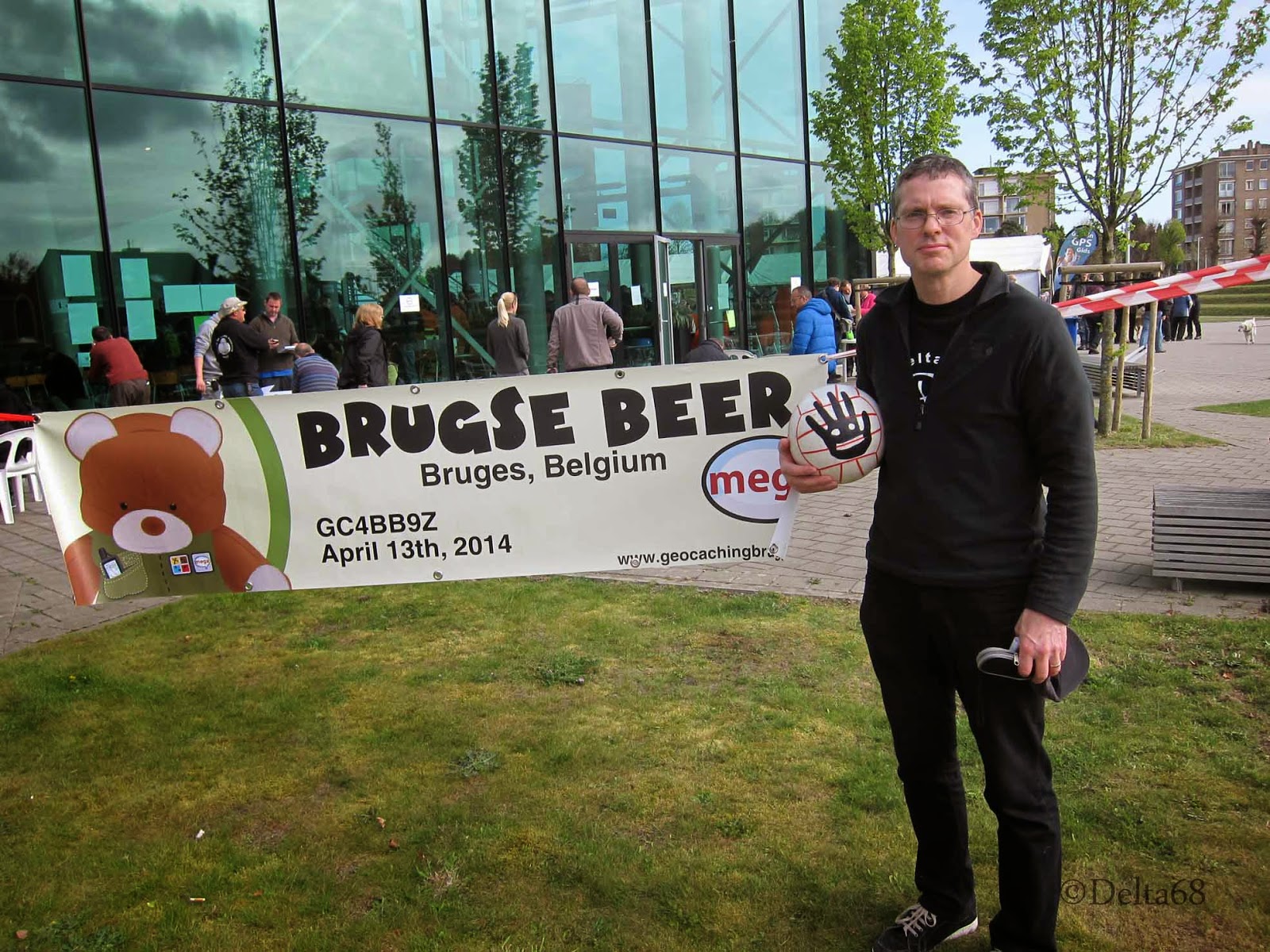 Enjoyed mingling and meeting other cachers. It was good to meet the organisers of the UK Mega 2015.
and also Zuurtsje who originally placed the BP's Brownsea Island cache in 2001 which we found in August 2012. 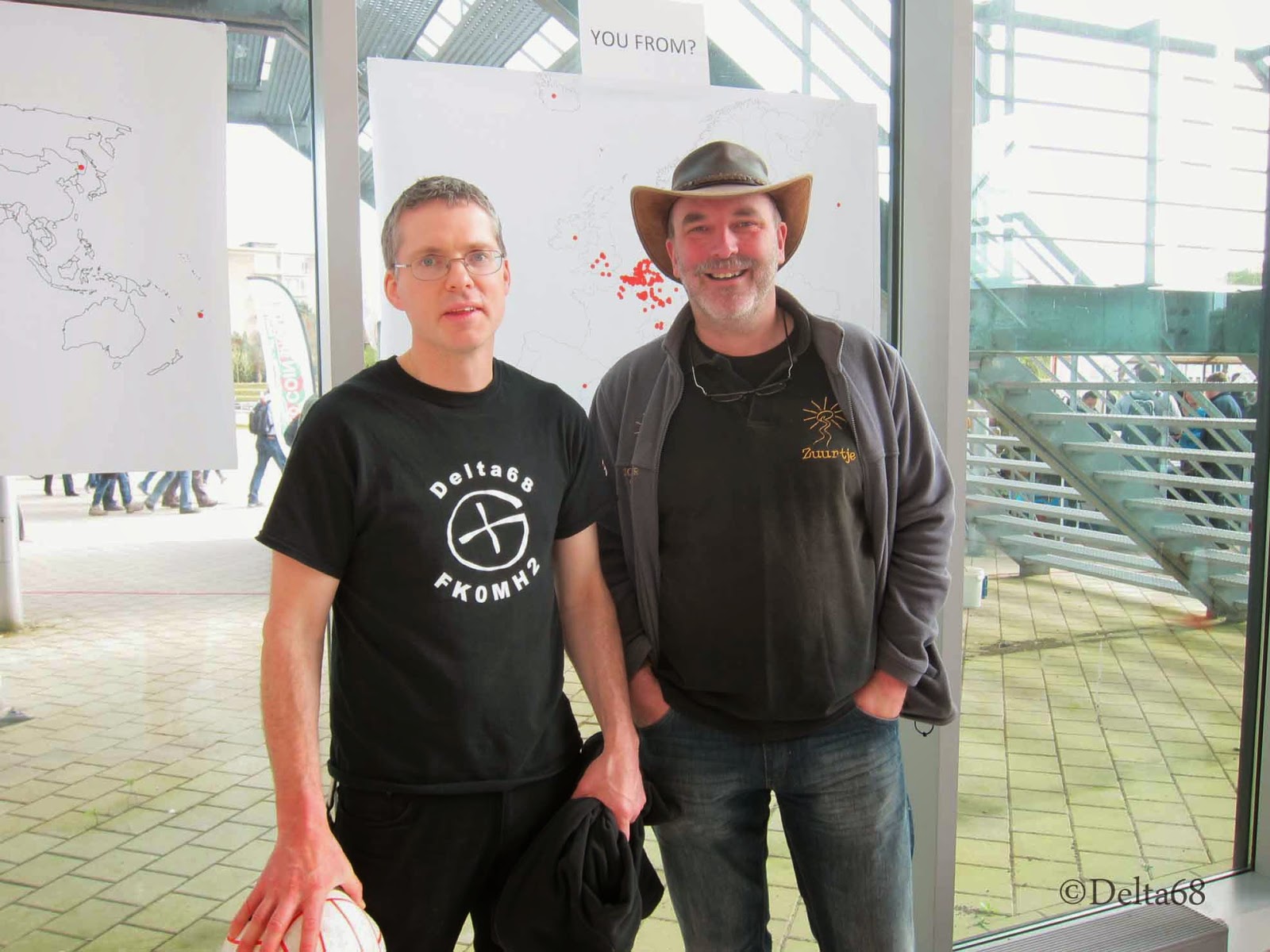 Discovered lots of trackables, chatted to lots of other cachers, bought a nice shiny new geocoin then it was time do the next leg of our journey.

This doesn't look too far on the map but obviously we didn't go the direct route so instead via Utrecht some way to the North.  Unfortunately one of the wherigos we'd planned to do had been archived a few weeks ago so we decided to attempt another one which looked a bit daunting as it was completely in Dutch and looked like it might be quite involved. 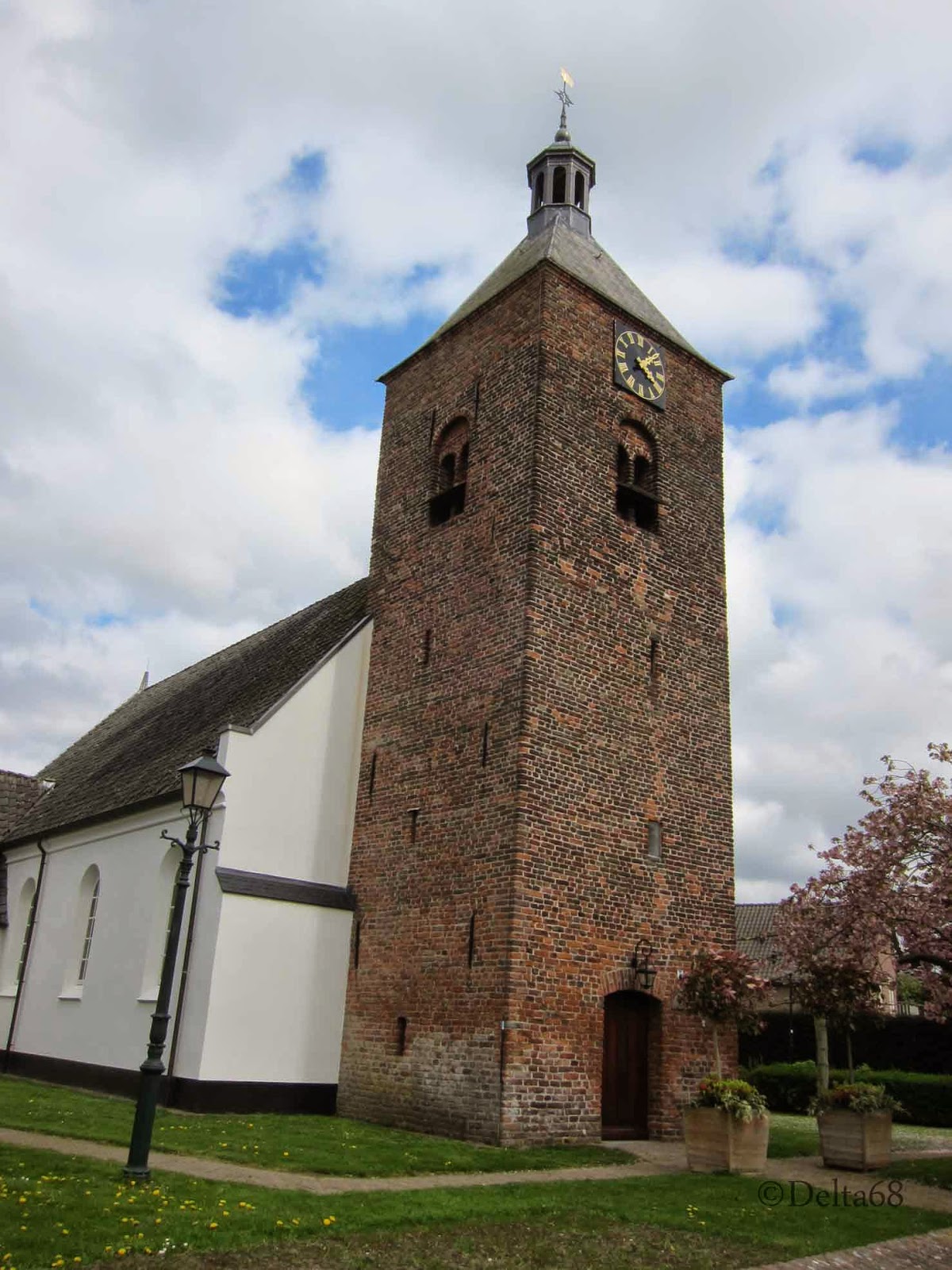 This wherigo was extremely challenging, mainly because our Dutch is very limited and we had to keep stopping to translate any words we couldn't understand.  Just when we thought we had reached the final stage we were told to stop and enjoy a coffee, the information made it sound as though this was where the final location for the cache was, we had a look around the grounds of the cafe but wouldn't see anything so went inside, ordered a coffee, translated as best we could the information but still we couldn't understand where we were supposed to look so Mark decided that the waiter must know where the geocache was hidden as the cartridge mentioned the co's relative worked there but he replied that he only had 'normal cash', we asked if he knew the person mentioned in the wherigo and even showed him the photo and he said he didn't, we even showed him another hint picture which he didn't recognise either, by this point I think he was getting ready to call security so we decided to beat a hasty retreat. 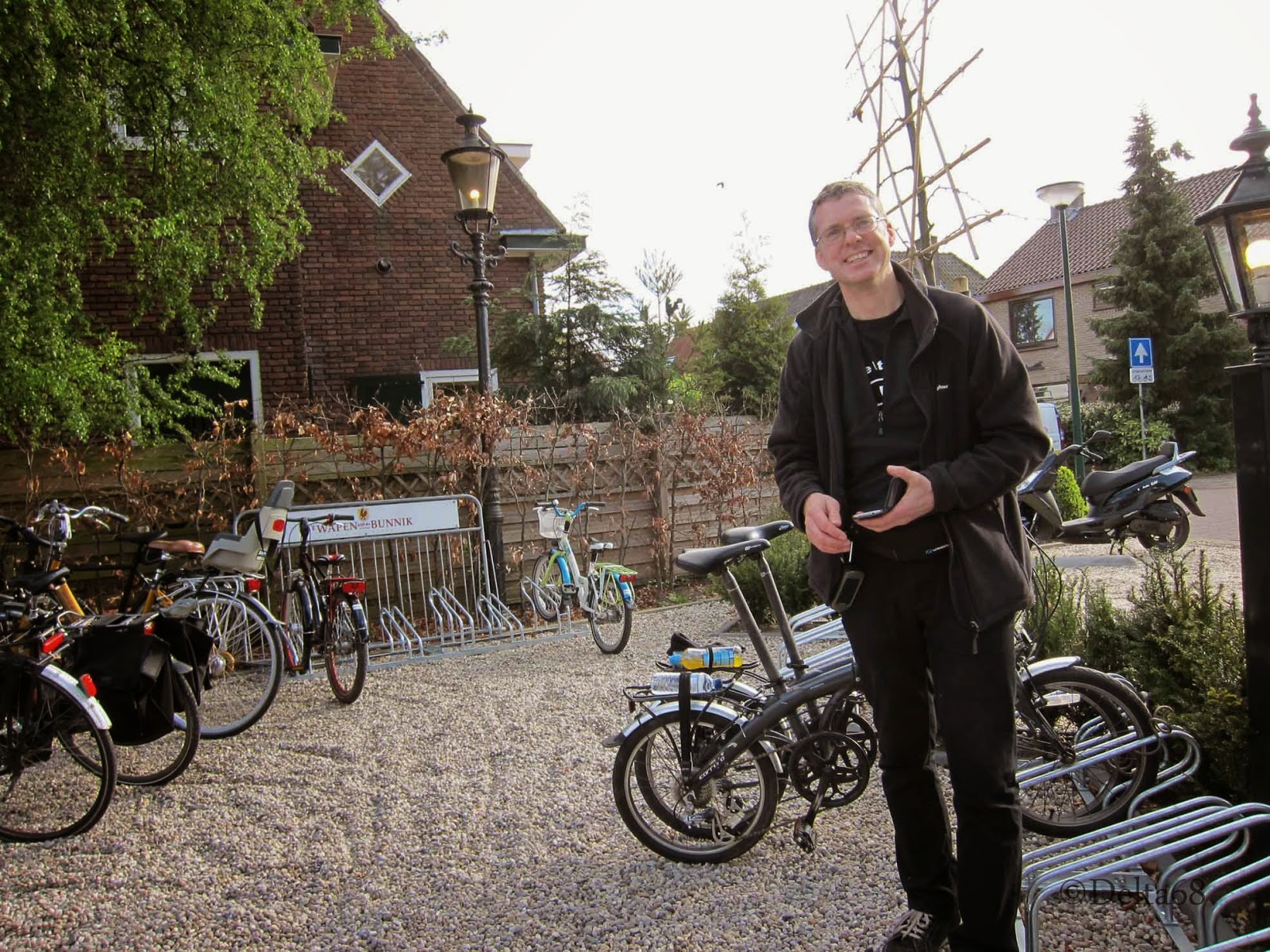 So we got back on our bikes, scratched our heads a bit more and then I spotted the hint item that was in the picture further down the road, it was nothing to do with the cafe after all, doh!  The final was brilliant and we were really pleased to find it even though we were close to giving up at times. 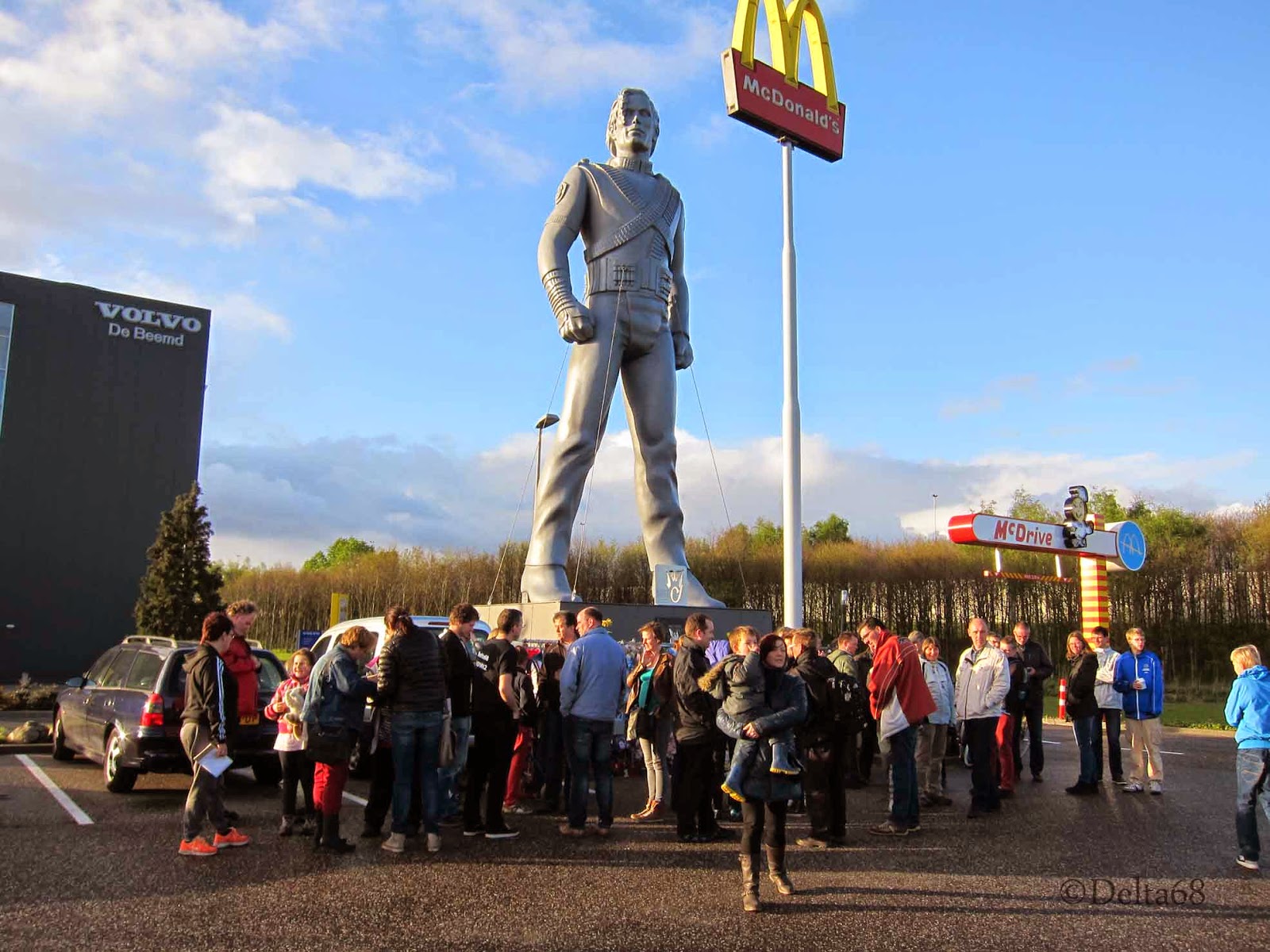 When we are away from home, especially in another country we love meeting other cachers but it's not often you get to just bump into people in such a short space of time.  Last year we decided it would be good fun to host our own event to meet up with local cachers and we held a very successful event in Hungary.  We thought we'd continue the theme from last year and find a prominent landmark statue to gather at. 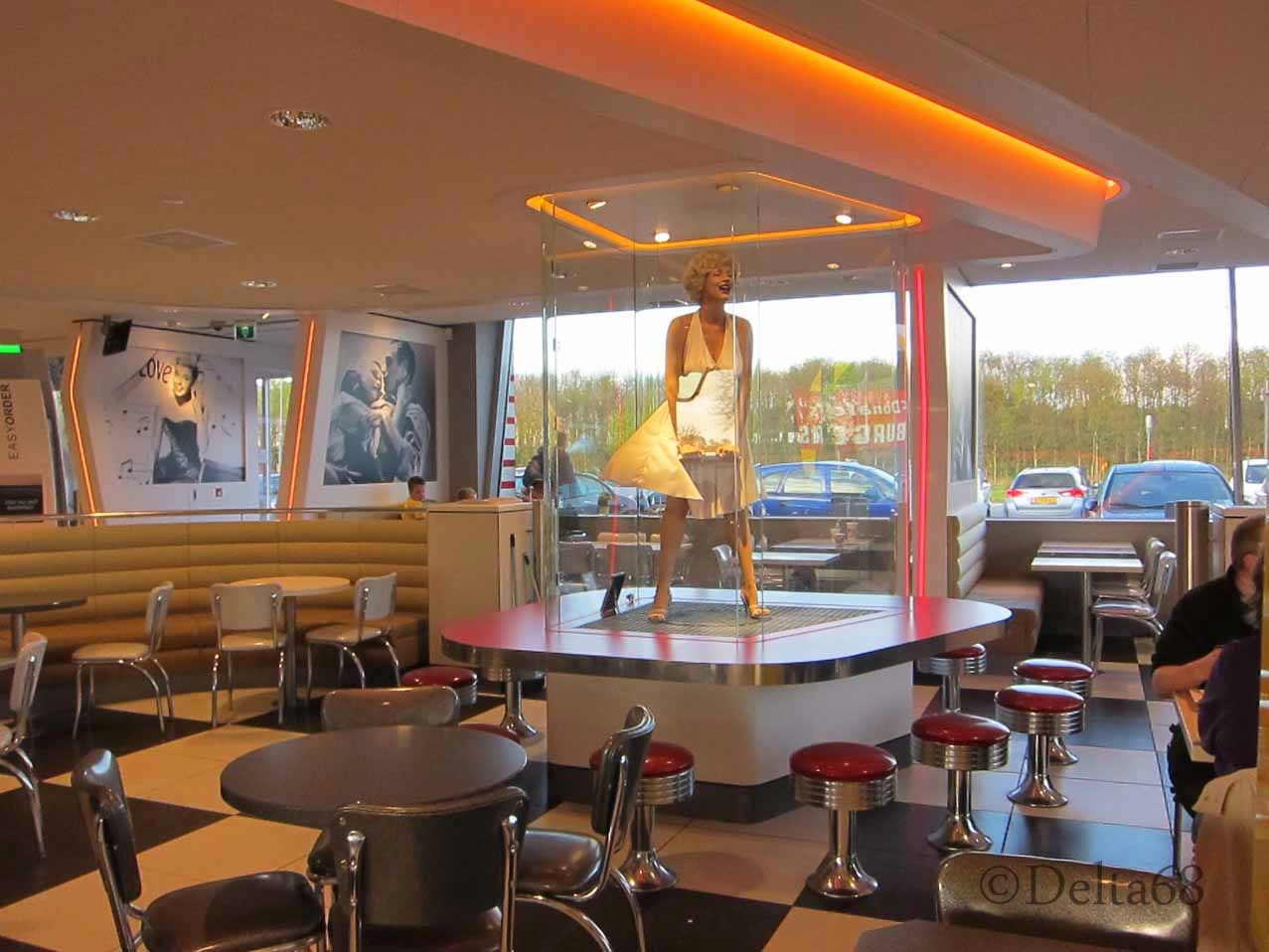 After a bit of research Mark found a 50ft statue of Michael Jackson in the car park of a Mcdonalds, we're not particularly big fans of Michael's but thought the location would be ideal for a short 'meet and greet' event.  The Maccys is the first of its kind we have been to and was all done out in 50s diner style complete with Wurlitzer juke box, life-sized Marilyn Monroe and Chevrolet Corvette hanging from the ceiling! 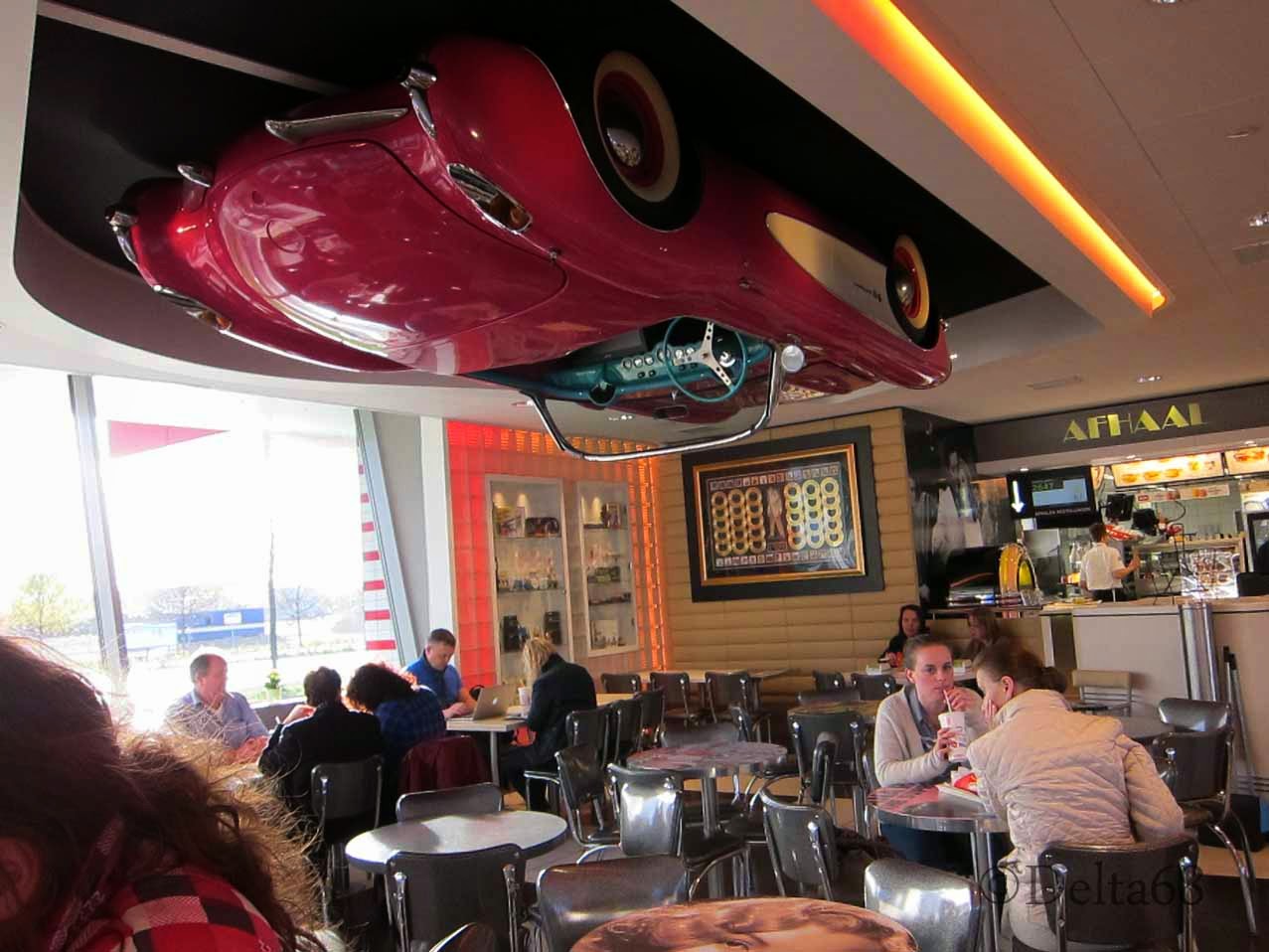 We were a bit surprised at how many will attends came in as soon as it was published and not sure how many would turn up on the night but there were 40+ names in the log book so an excellent turnout.  We had so much fun, everyone was so friendly and once again, as a Dutch cacher once said to us back in 2010 when we were in Belgium 'we all speak the common language of geocaching', my favourite geocaching quote, it's so true and you always have something to talk about.


After chatting to as many cachers as we could, including Cache Hopper who has found at least one cache every day since Feb 2008 and the setter of the Speeltuin Wherigo that we'd had great fun playing earlier in the day and exchanging and discovering trackables it was time for us to go back to our hotel as we're off to Germany tomorrow. 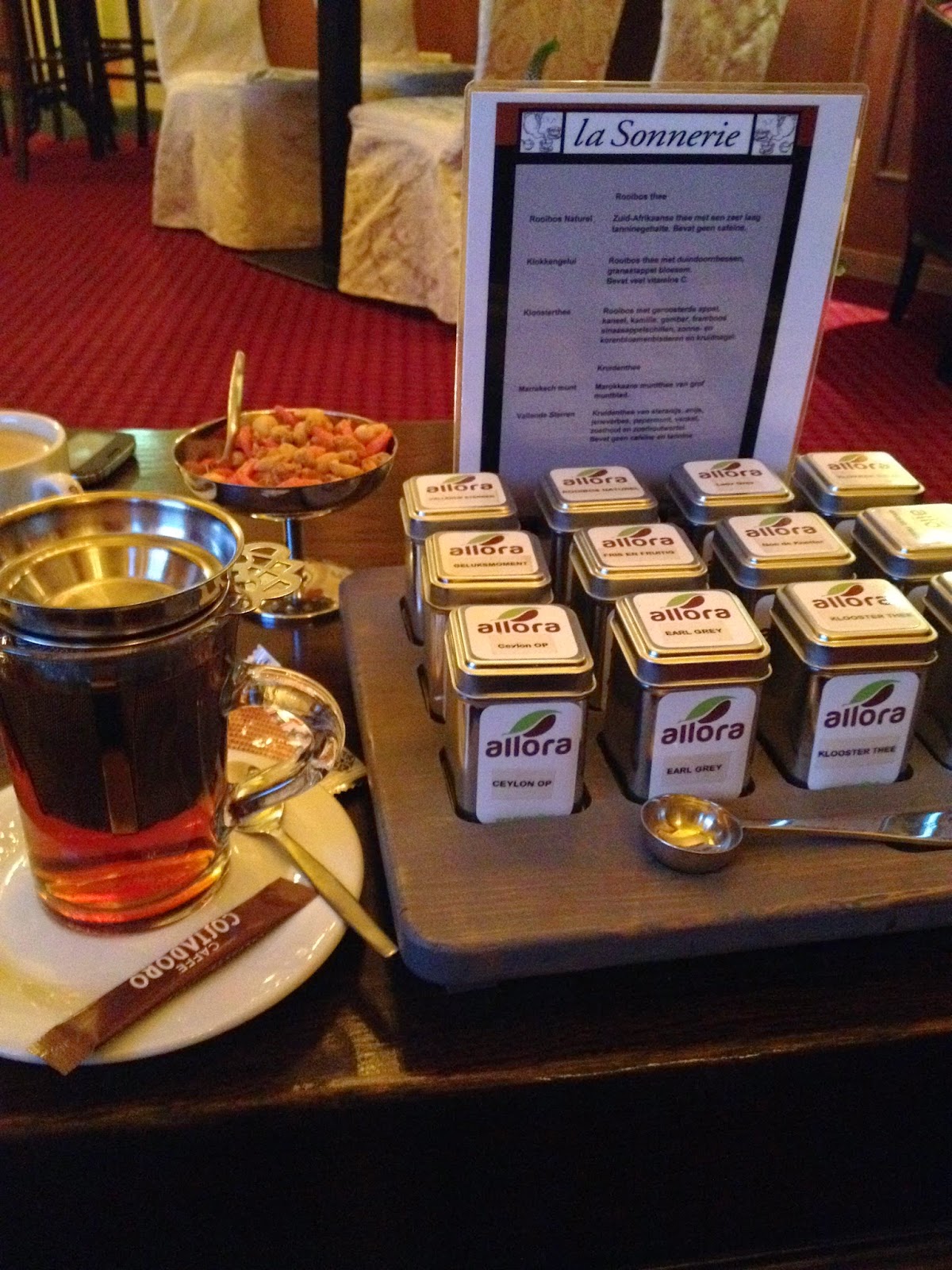 Arrived at Göttingen in the dark and the rain after an 'exciting' 313 mile drive from Eindhoven, great fun blasting along the autobahns but not so much fun when it's raining! 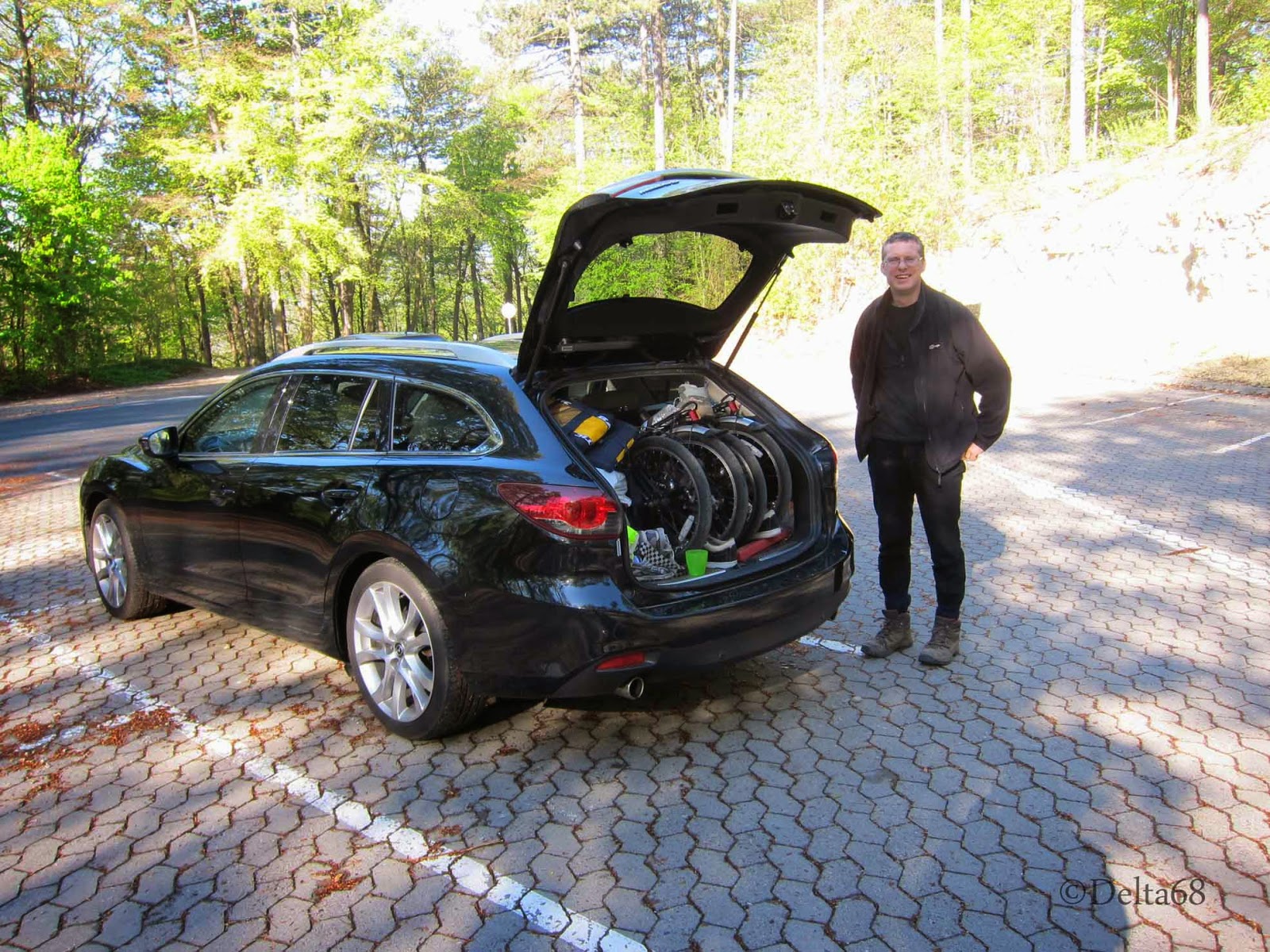 This series of wherigos was the main reason for our trip, we first spotted them about a year ago and noticed how many favourite points they had and that they were also doable by bike. The questions at each stage were all in German but we managed to translate enough to understand what we had to do.  Apart from one stage, we'd completely misinterpreted what we had to do next and spent ages looking for the cache only to realise we were just at a 'via punkt' and was placed to show what path to take next. 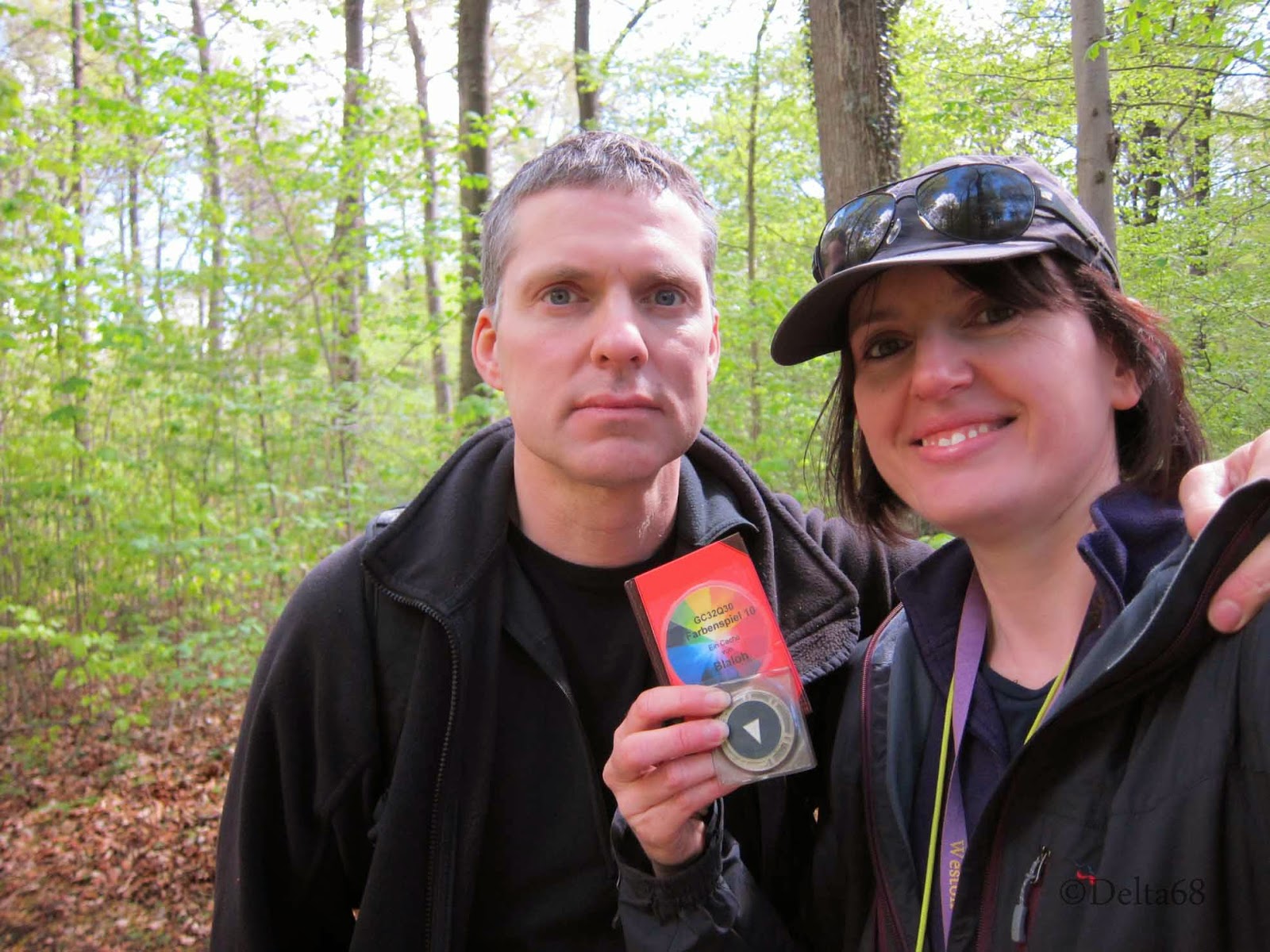 The location was beautiful and we saw loads of red squirrels and lots of unusual birds.  Thoroughly enjoyed the series.

Later in the evening we enjoyed a bike ride back to the area to do an earthcache. 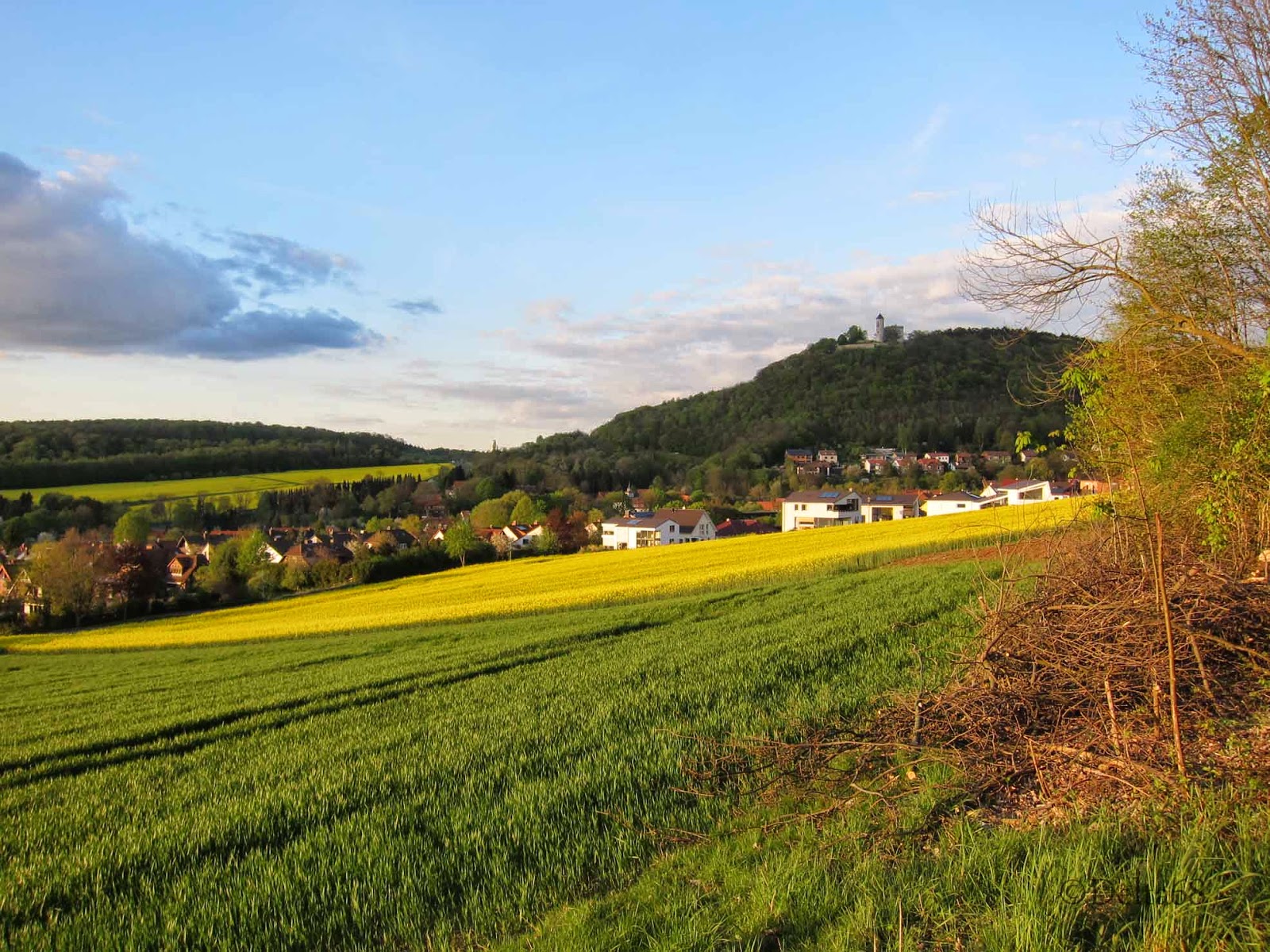 We'd originally planned to stay 3 nights in Göttingen but decided to check out a day early and stop a night south of Bonn to break up the journey back to Leuven in Belgium. 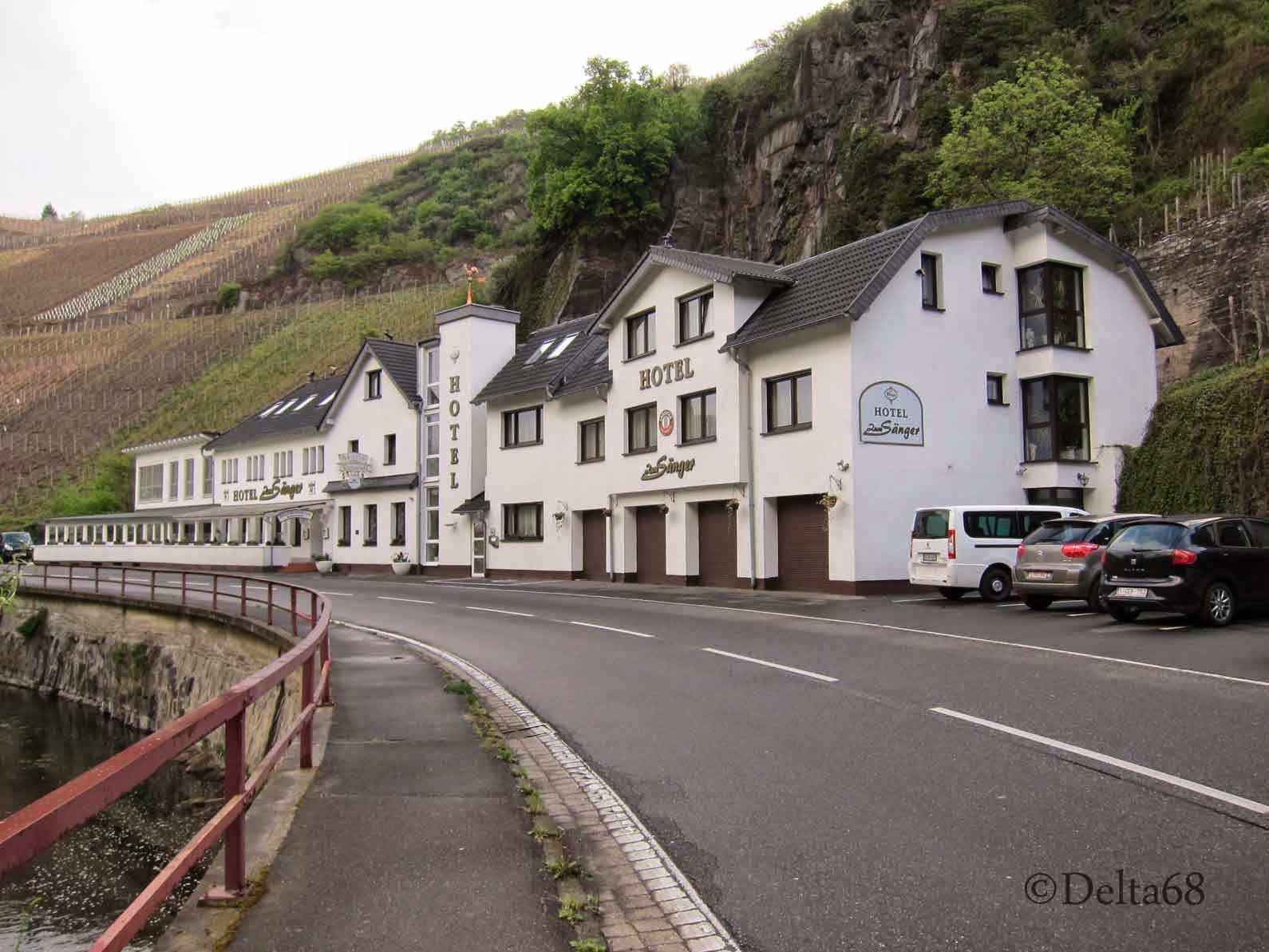 After doing some of the local caches we headed off to do the Picture Postcard from Cologne webcam, it took us ages to find somewhere to park and had to go around the ring roads quite a few times before we could make Tom Tom understand where we wanted to go.

The picture refreshed regularly so we were able to get a few pics.  Great fun and lovely view from the bridge.

Then as we had about 30 mins left on our parking ticket we headed off to find a nearby traditional that has had  2696 finds since 2007 and met caching team Katunde who were already searching. 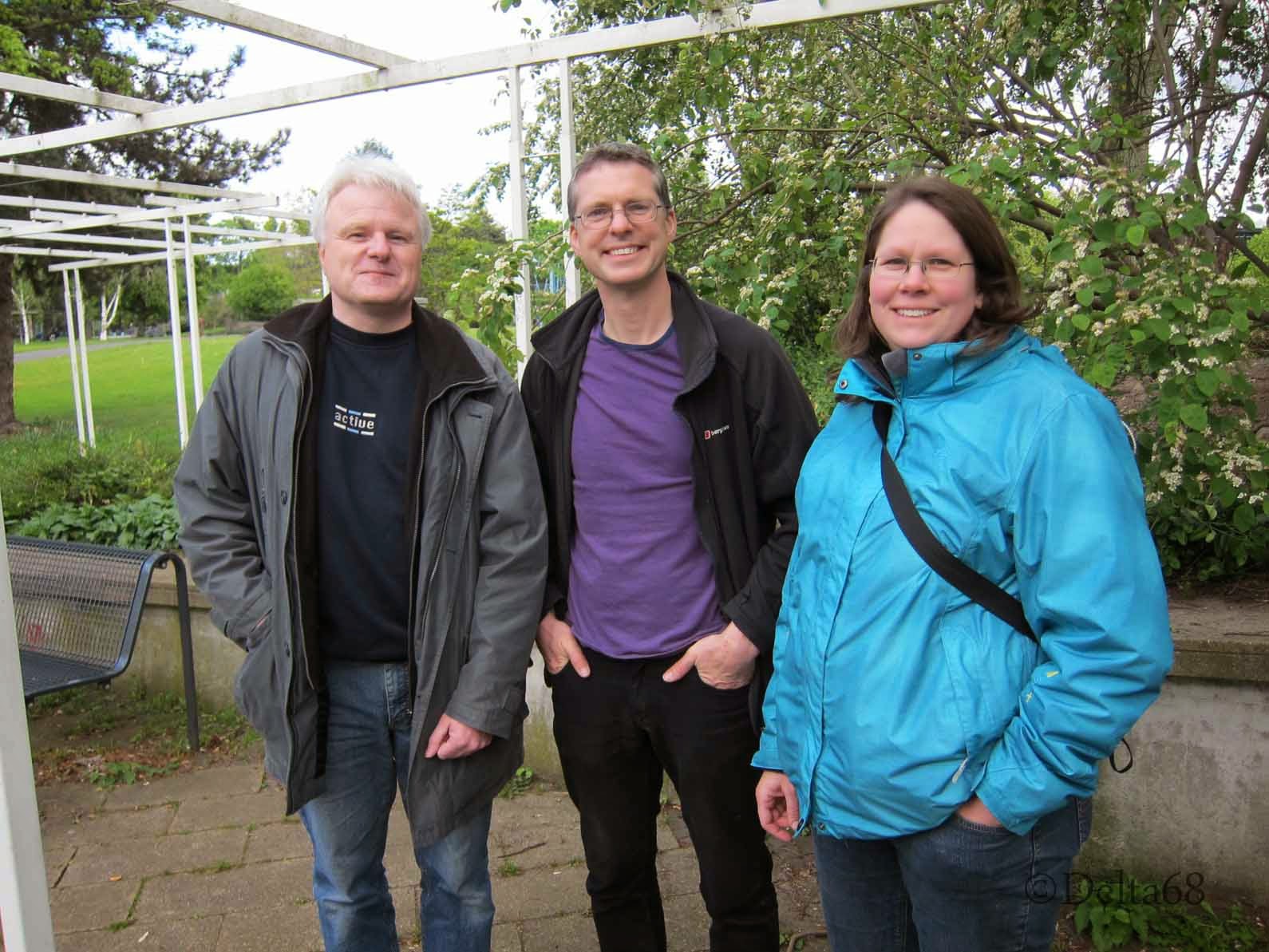 Arrived at our B and B in Leuven. 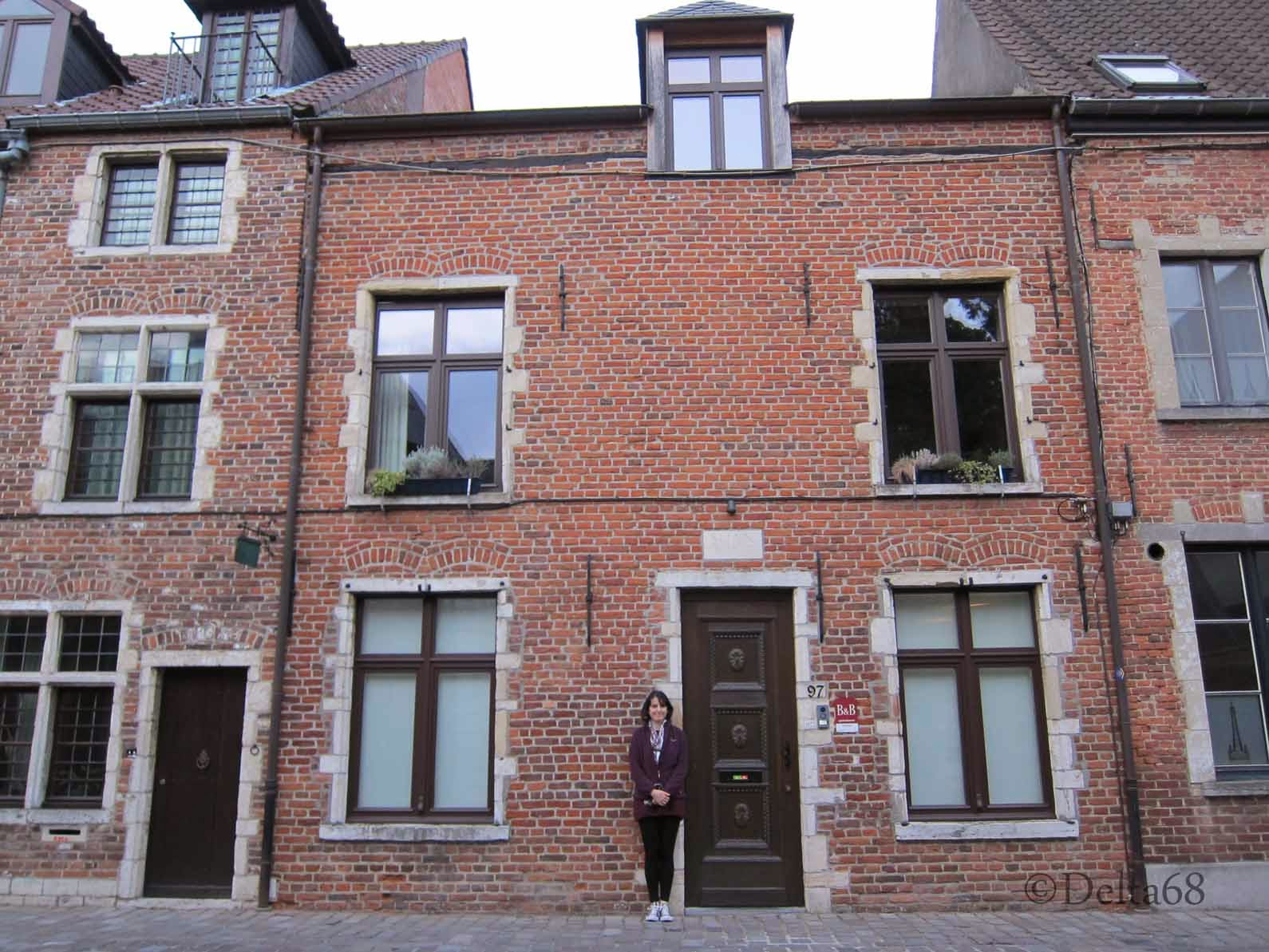 We'd visited Leuven back in 2010, after a day out in Brussels while on a family holiday at Erpeheide Centerparcs but didn't really have much time to explore so it was great to come back and have a proper look around.  The 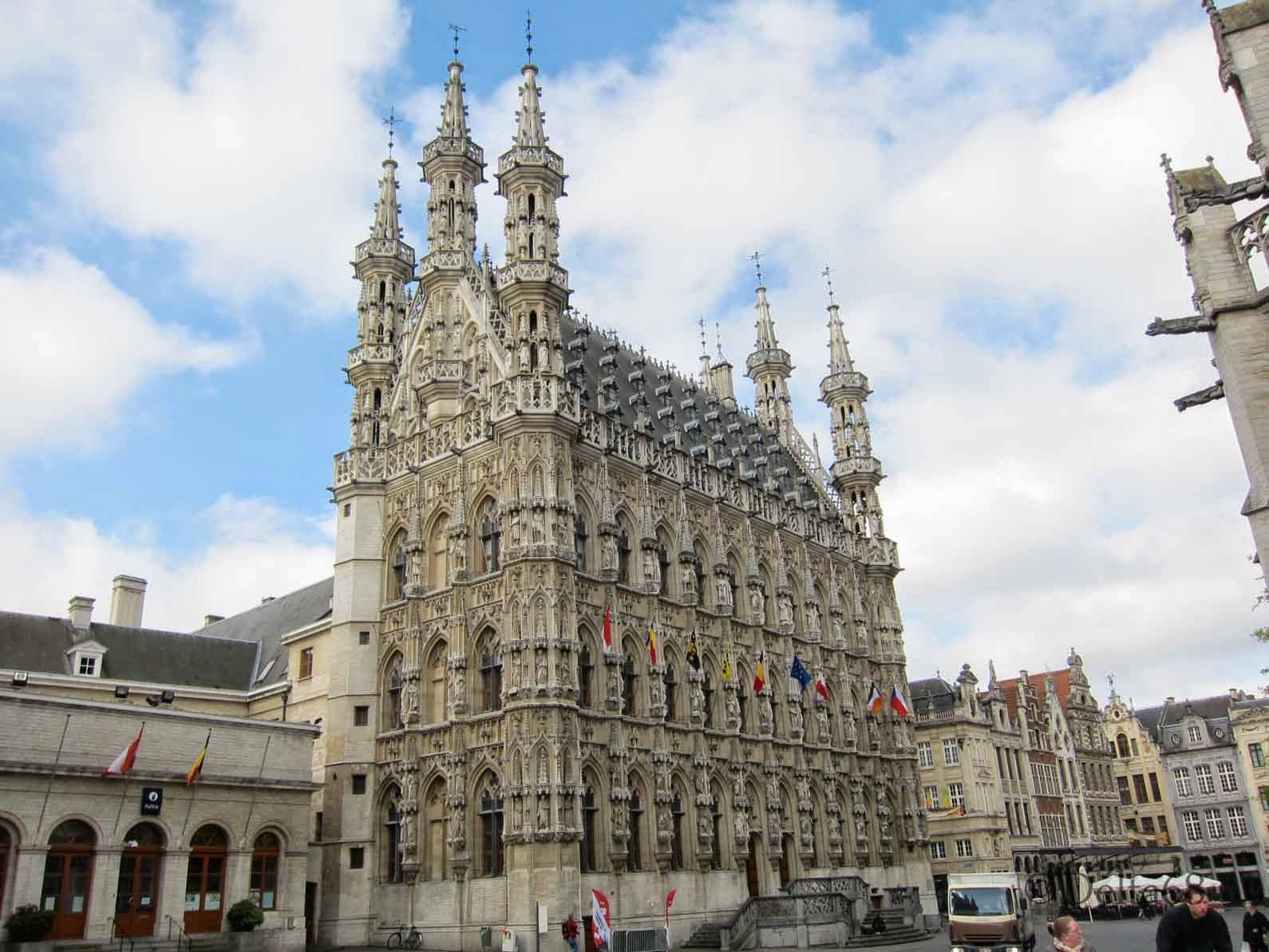 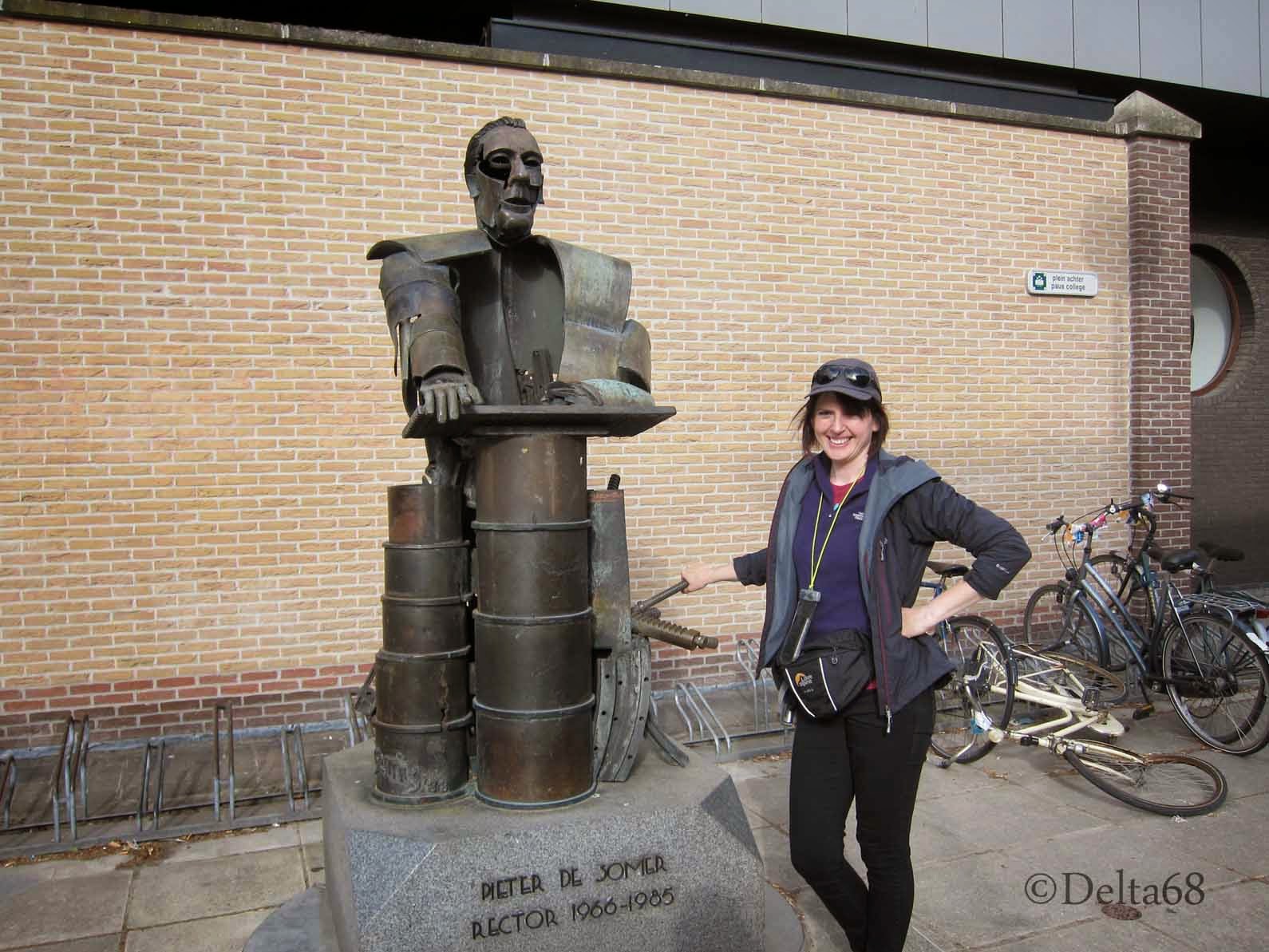 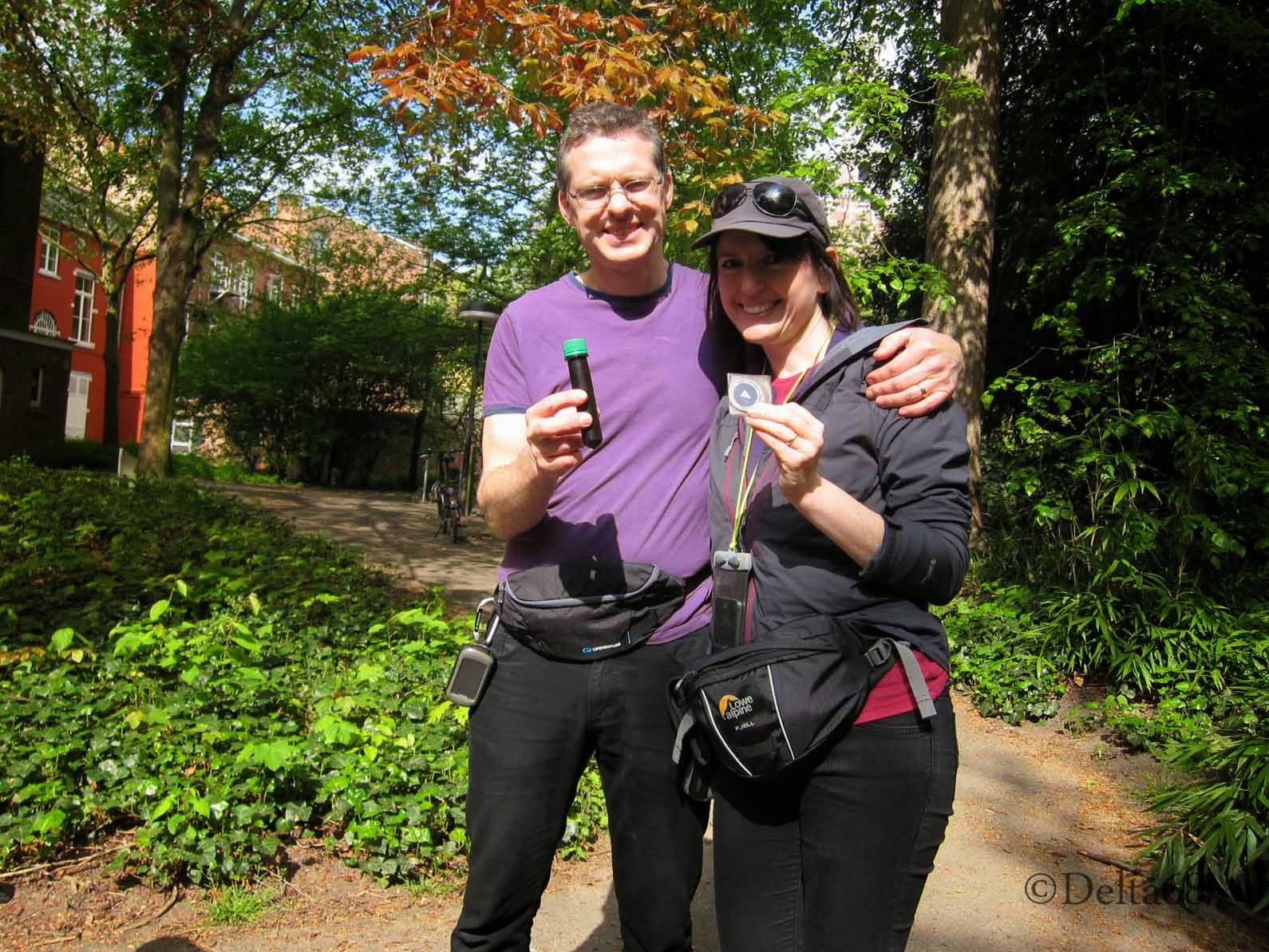 So then we'd reached the end of our trip and it was time to head to Calais to the Eurotunnel. 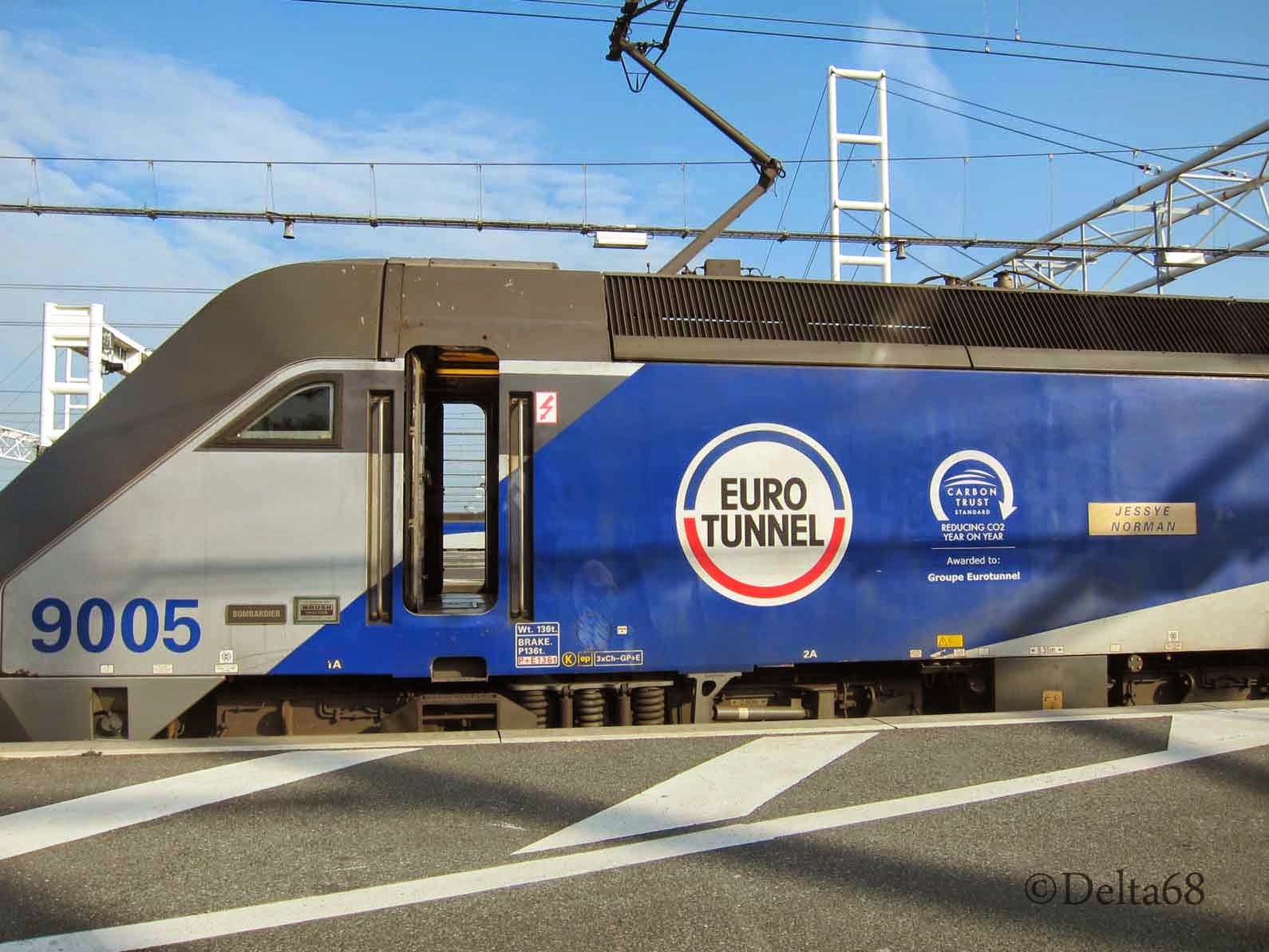 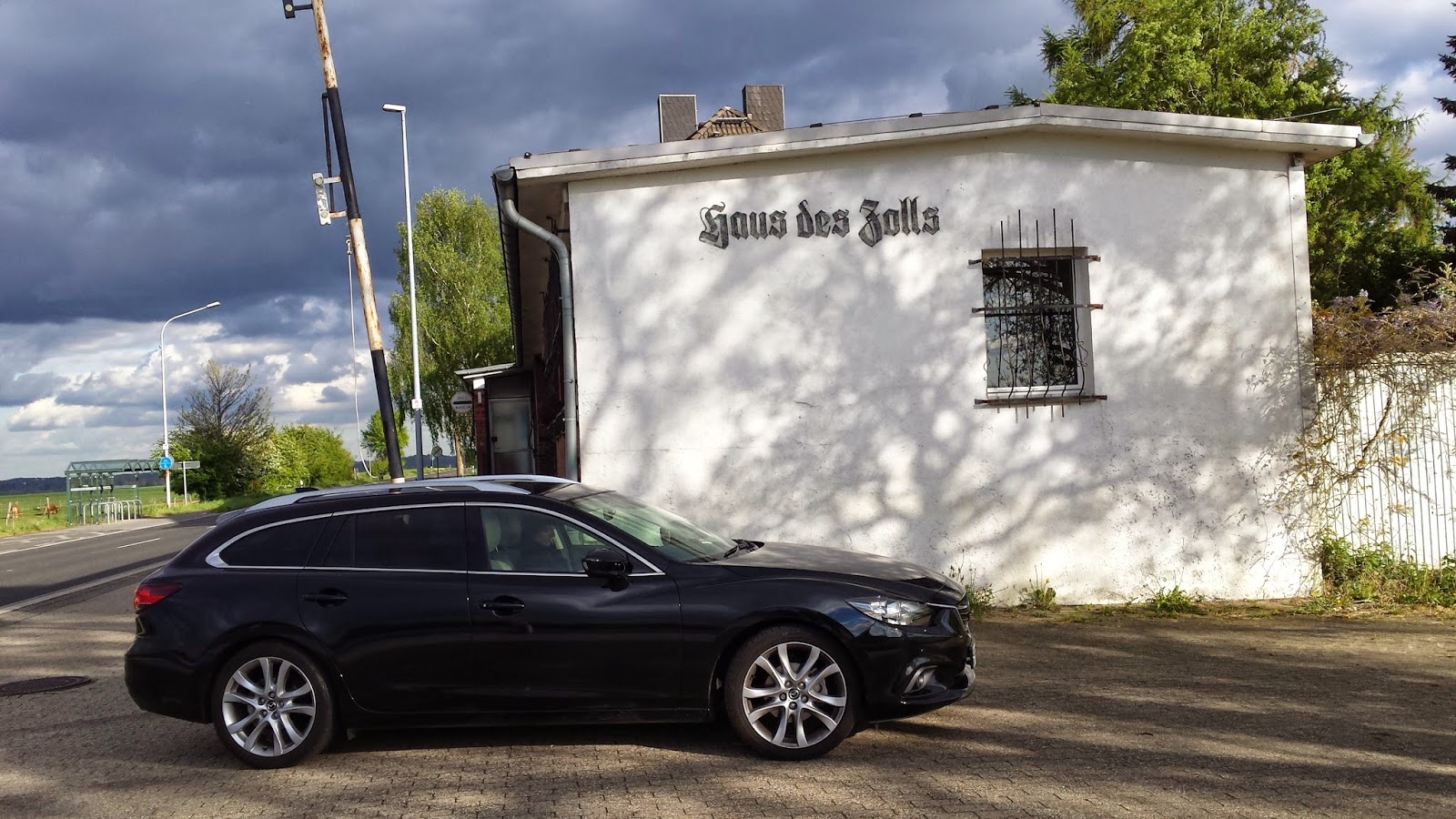