Earlier in the year we noticed some Wherigo Geoart in the shape of a cat in North West Spain and while browsing what other caches there were we spotted another Geoart series in the shape of a goat near Madrid.  We decided to opt for the cat series first and booked our flights to Porto for the Autumn as due to work/family/existing trip commitments we weren't going to be free until then. However, while we were away in the States we were notified that the airline we'd booked with had ceased trading and all flights had been cancelled..doh!  We shopped around for more flights but found we could get much cheaper flights to Madrid instead but this meant we had to put our plans back a week which just happened to be my birthday weekend ..... so here we are.

While looking at possible places within easy reach of Madrid I noticed the beautiful area of Serranía de Cuenca and Ciudad Encantada (the enchanted city) so decided to make a start there. 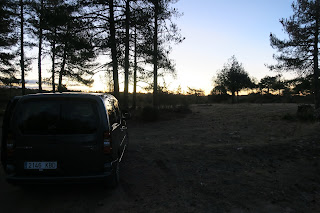 We made an early start before sunrise in sub-zero temperatures to explore this beautiful area. 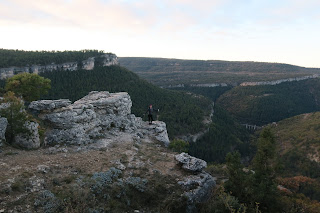 The scenery and views were spectacular!

We were really looking forward to visiting the rock formations at Ciudad Encantada.  We have seen quite a bit of this type of erosion before but these examples seemed particularly spectacular. 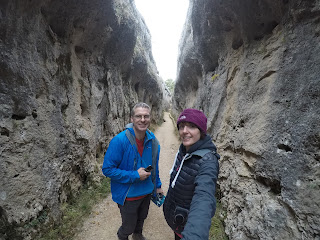 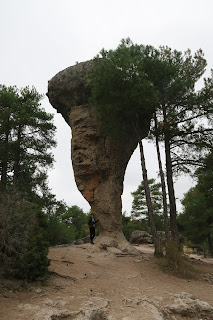 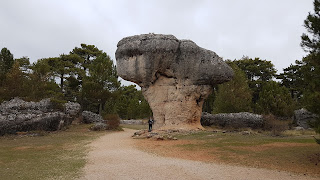 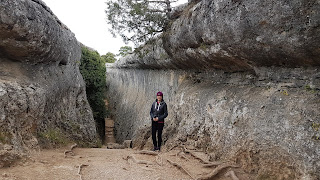 The 1982 movie Conan The Barbarian was filmed here 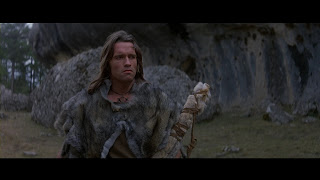 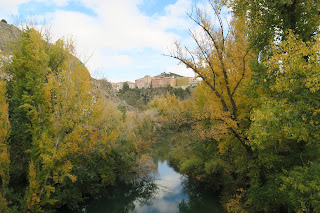 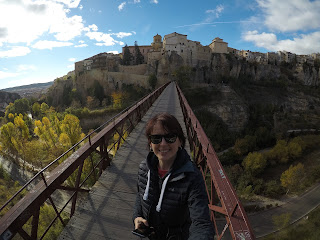 After a bit of research we realised that as we only had 2 days to do the series we would need to take our bikes with us to stand the best chance of finding all the caches, it would be too far to walk and we'd find it painfully tedious doing them all by car. 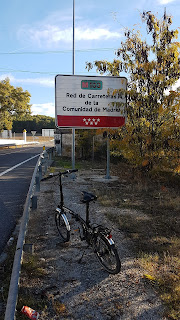 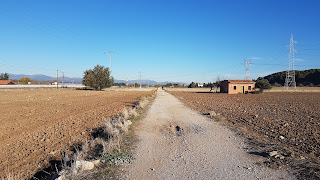 Although the weather forecast had said 15 degrees we hadn't reckoned on the subzero temperatures before sunrise and didn't think to pack our gloves so had to endure freezing cold hands until the sun rose and warmed us up and reached a gorgeous 25 degrees by mid-afternoon. 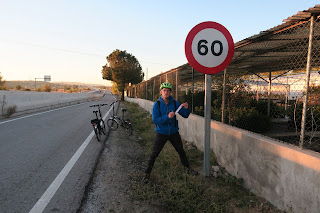 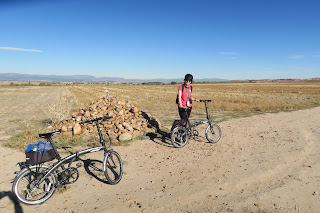 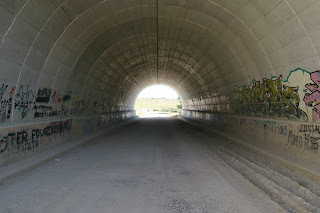 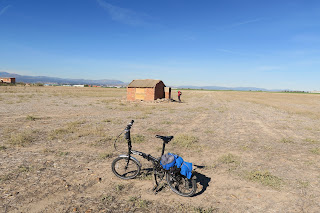 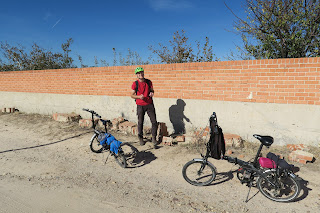 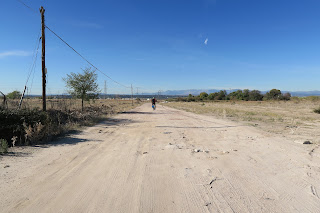 We thoroughly enjoyed the bike ride and managed to find over 140 caches before it got too dark. 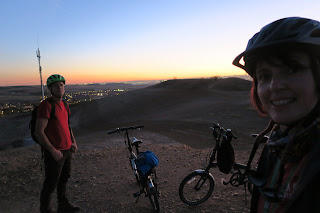 On Sunday morning we had about 45 caches left to finish the series.  We set off to do one loop, once again in sub-zero temperatures when just near the end disaster struck and the derailleur which had been slightly damaged in transit finally gave up totally.  So we went to Decathlon for a temporary repair which enabled us to finish the remaining caches.  We were well impressed with Decathlon's customer service and despite the language barrier they understood what the problem was and did a temporary repair free of charge. 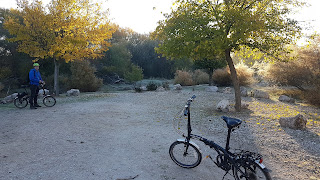 We cycled well over 30 miles on our bikes and has to be the best series we've done on our bikes.  Some of the caches required a long search but most had good co-ords and hints. 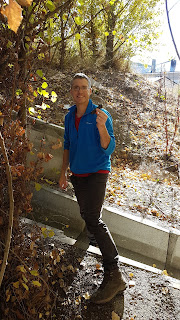 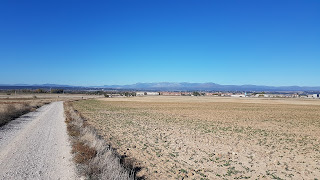 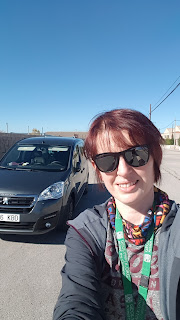 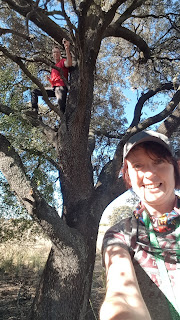 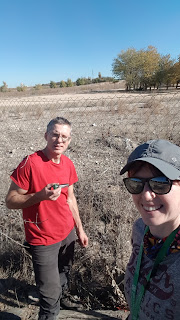 In preparation for our trip we'd spotted some more geo-art with a variety of cache types and although this was about an hour's drive from where we were staying we decided to give it a go and we're really glad we did.  A very enjoyable series in a lovely location.  It was about a 5 mile bike ride in the glorious autumn sunshine which we completed just as the sun was setting. 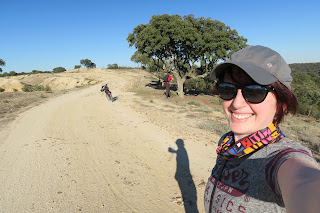 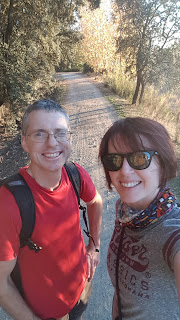 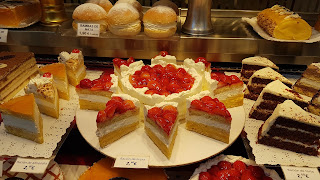 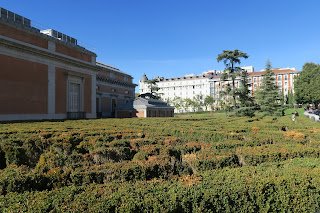 Love Spain, will definitely be back to explore other regions soon.