Late Summer Weekend in The Lakes 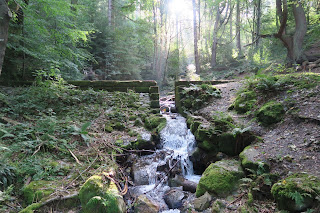 I had been looking forward to the weekend all week as the forecast was really good.  We decided a weekend in the lakes would be great fun - especially as we're heading rapidly into autumn now and we want to make the most of the longer days while we can. 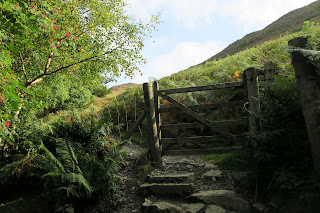 We parked at the Old Sawmill Tea Room on A591 about 3 miles north of  Keswick.  It's a pay and display car park here and costs £6.30 for the day which is a bit steep but there are clean toilets here and we felt it was worth the cost for peace of mind leaving the campervan.  There were free options for parking not too far up the road but seemed a bit too secluded.

we set off and and followed the well-marked path towards Ravenstone Hotel and then took the steep path up towards the ridge.  The sun was starting to get really warm so we had to stop to apply sun cream quite early on.

It's funny though and I know I've mentioned it before but this walking lark is totally addictive.  I think about it all week and in my spare time I look at places we can go.  I count down the days until I can get out walking in the countryside again.......Anyway.......We followed the ridge to Ullock Pike which was our first Wainwright of the day and the longest ascent to get there. 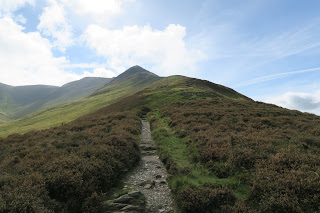 Heading from Ullock Pike to Long Side was a third of a mile walk along the ridge and although a slight height increase it was barely noticeable.  We stopped to have our packed lunch before continuing on to Carl Side, again following the well worn route to a small summit cairn.

Strangely although Carl side is higher than Long Side it is dwarfed by its neighbour, Skiddaw and feels very small in comparison.


Whilst walking on Longside we saw a helicopter land on nearby Little Man.  Later we read that a 16 year old fell runner had collapsed during a race. The Keswick Mountain Rescue do an amazing job.

The OS map shows several public footpaths towards Dodd summit but we chose to take the well worn route towards White Stones where we paused to admire the view before continuing in a Westerly direction down the hillside then back up again towards Dodd Summit.


The views of Keswick and Bassenthwaite Lake were simply spectacular from Dodd summit in the glorious late summer sunshine.

Then back tracking from the summit down to the path we continued in a north westerly direction through dappled pine woodland.  We were so lucky to see red squirrels as we walked through the woods, such a fantastic sight to see them in the wild. 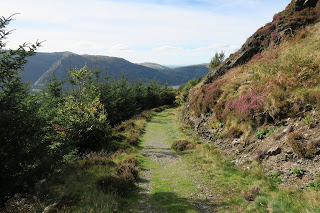 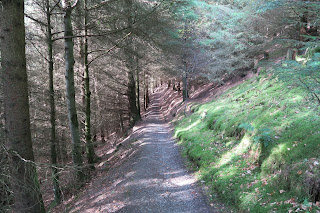 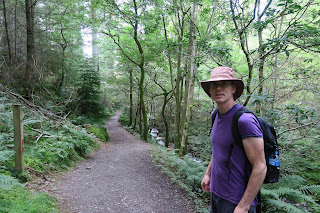 This is definitely my new favourite walk.  I would highly recommend it if you like a good walk, fantastic scenery and views, although this is no power trail so don’t expect lots of caches I think we only found 3 which is perfect on this type of walk.

Then it was back to the camper to find a spot to wild camp for the night.  We’d had a place in mind and as we parked up we got talking to another couple who’d had the same idea and in by coincidence they live not far from us in Preston. 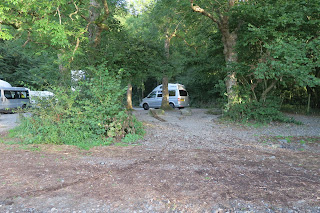 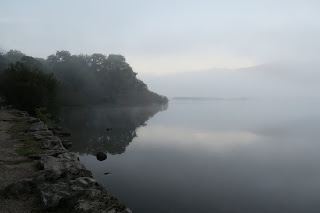 Up bright and early and ready to hike to High Rigg but first we attempted a classic photo of the jetty on Derwent Water. 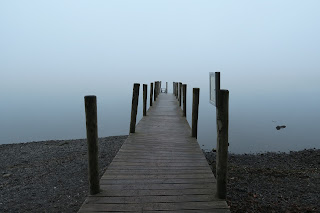 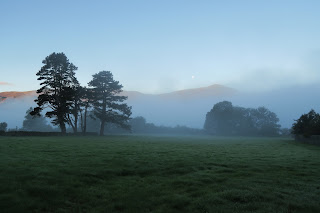 While we were there, a photographer appeared and advised us to head up to Surprise View where it was lovely and sunny above the cloud. 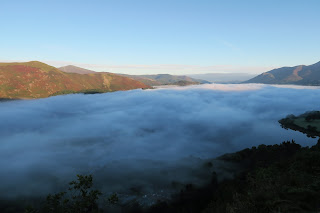 There were several photographers there and the view was mesmerising.   The cloud over the lake constantly changing shape and covering/uncovering parts over time.

Anyway, High Rigg.... We parked in the small United Utilities car park at Legburthwaite.  It's normally pay and display here but thanks (once again) to Desmond it's free until further notice - looks like the machine had suffered flood damage.

We set off in glorious sunshine and followed the well defined unmarked path up the hill and along the ridge until we finally reached High Rigg. 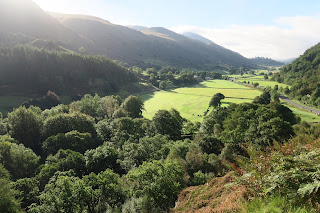 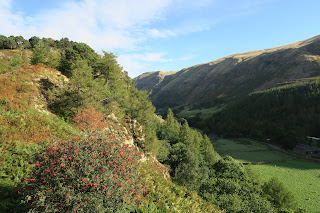 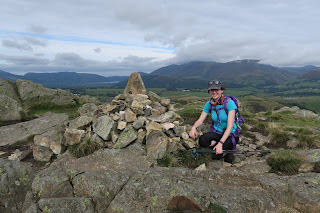 Then descended down to the lane and headed East and picked up the bridle path/footpath for the return leg and back to the car park. 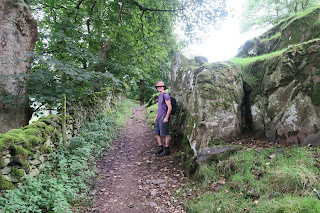 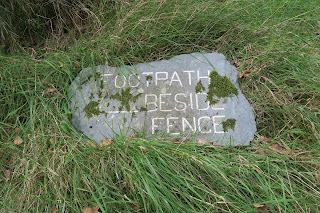 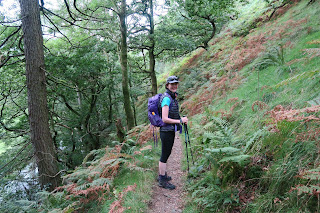 This walk was approximately 5.5 miles and thoroughly enjoyable........... It's been such a brilliant weekend.  Looking forward to the upcoming weeks and some autumnal walks in the lakes.