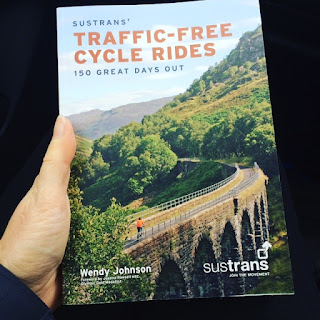 For my birthday in November, Mark bought me a brilliant cycling book, there are loads of great bike ride ideas.  A few weeks ago we did a bike ride in the Afan Valley in Wales and today we decided it was time to tick off another ride. 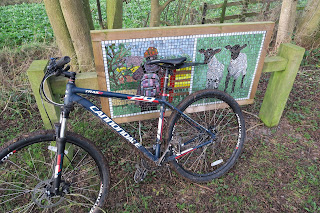 Our son and daughter are now home from uni for Christmas so they asked to come along too. 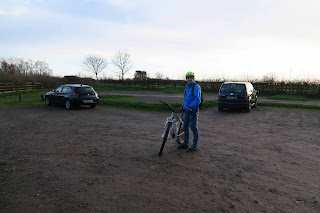 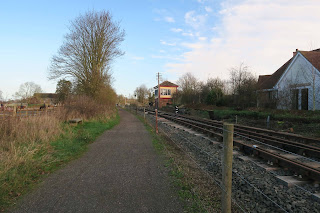 The trail is flat and follows a traffic-free route along a fine gravel path which is quite stony in places.  The trail starts at the Windover pub near Northampton passing the Northampton and Lamport heritage steam railway before heading out into the countryside. 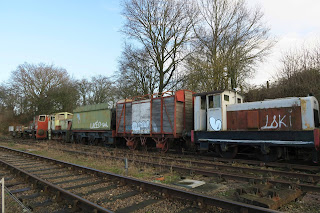 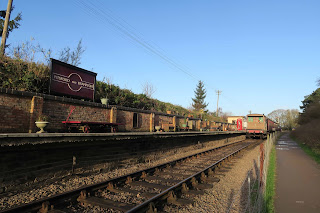 The route crosses a couple of busy roads and takes you through the Oxendon (418 metres) and Kelmarsh (480 metres) tunnels which are both unlit.  We had visited the Kelmarsh tunnel section of the trail on two previous occasions and it was great fun whizzing through the tunnels again. 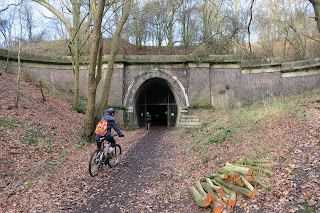 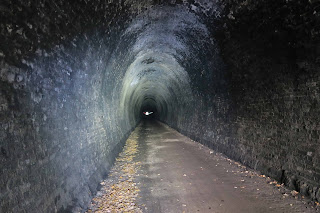 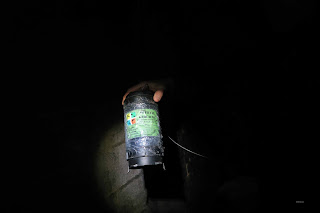 Just before we reached Market Harborough the heavens opened and it started raining, it rained very hard which was a bit of a surprise as the forecast didn't mention any rain at all.  We had to cycle nearly 14 miles in heavy rain - it was not pretty as not only were we very wet we were also filthy and everything was sprayed in silty mud.  We passed a few other people that had been caught out by the rain which made us feel a little better. 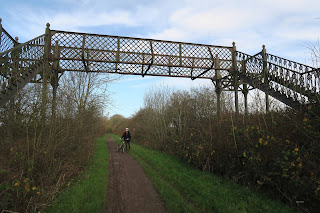 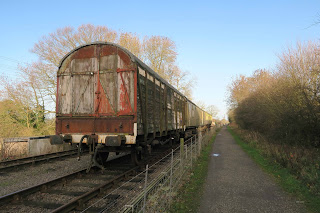 I can't remember if I mentioned this before but I bought a new GPS watch a few weeks ago, a bit of an early Christmas present to myself to record my walks/bike rides a little better and to motivate me on my evening walks when all I feel like doing when I come in from work is slumping on the sofa - and also to record my walking challenge for 2016 - more about that another day. Anyway, today was the first time I'd used it on the bike, it was brilliant and very useful as it vibrated every time we completed another mile and in total we cycled 27.5 miles.

We were relieved to get back to the car and get changed into dry clothes.

The bike ride was tiring but brilliant fun, would highly recommend the route and there are a few caches to be found along the way too.

Email ThisBlogThis!Share to TwitterShare to FacebookShare to Pinterest
Labels: caching by bike, Northamptonshire