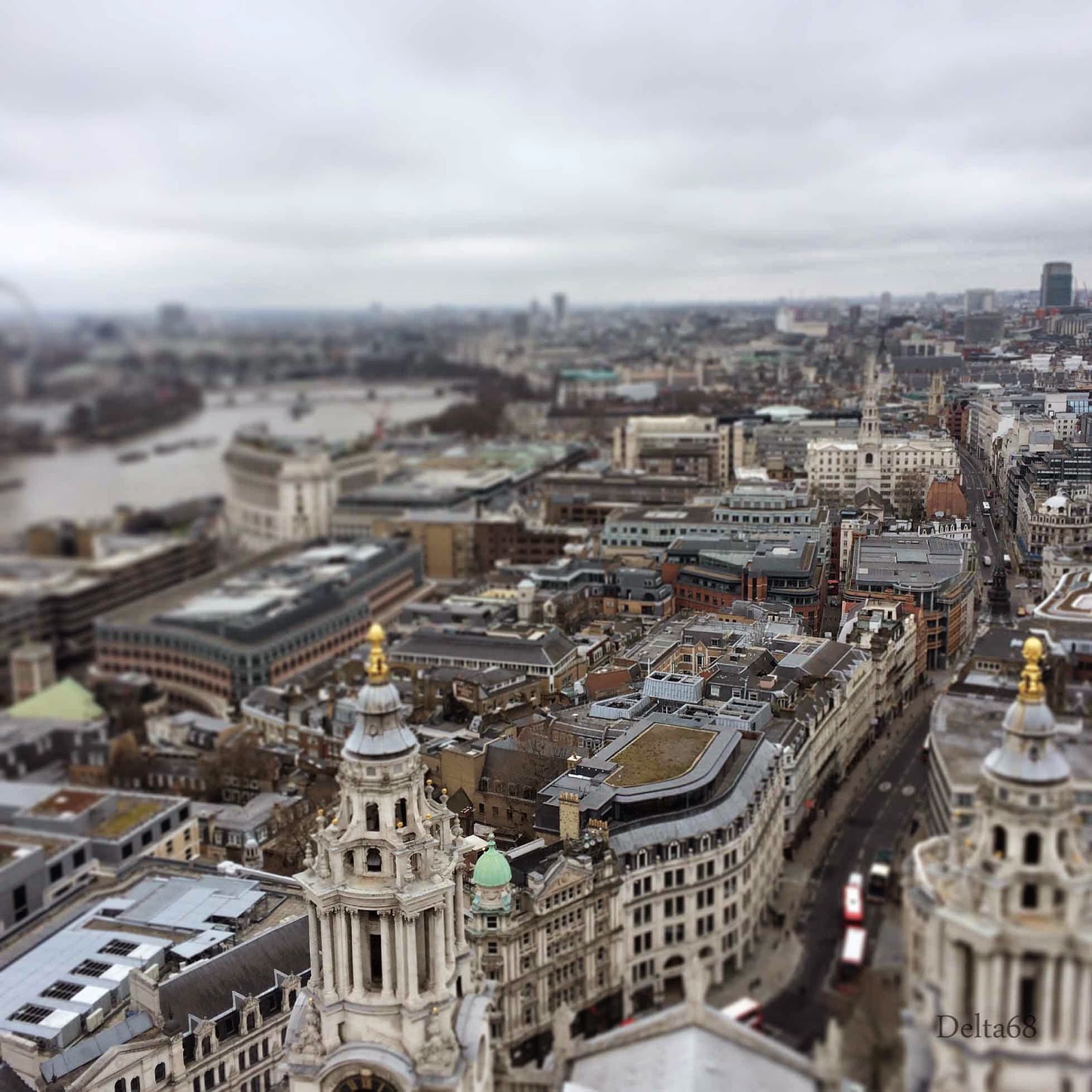 We have enjoyed a few trips to London in the last few months, usually combining caching with a trip to the theatre or mainly concentrating on playing Wherigos, this time we decided to concentrate solely on the top favourited caches that were on our unfound list.  We booked the train tickets a few weeks ago and I planned a route that looked doable in a day to include hopping on and off the tube and a fair bit of walking. 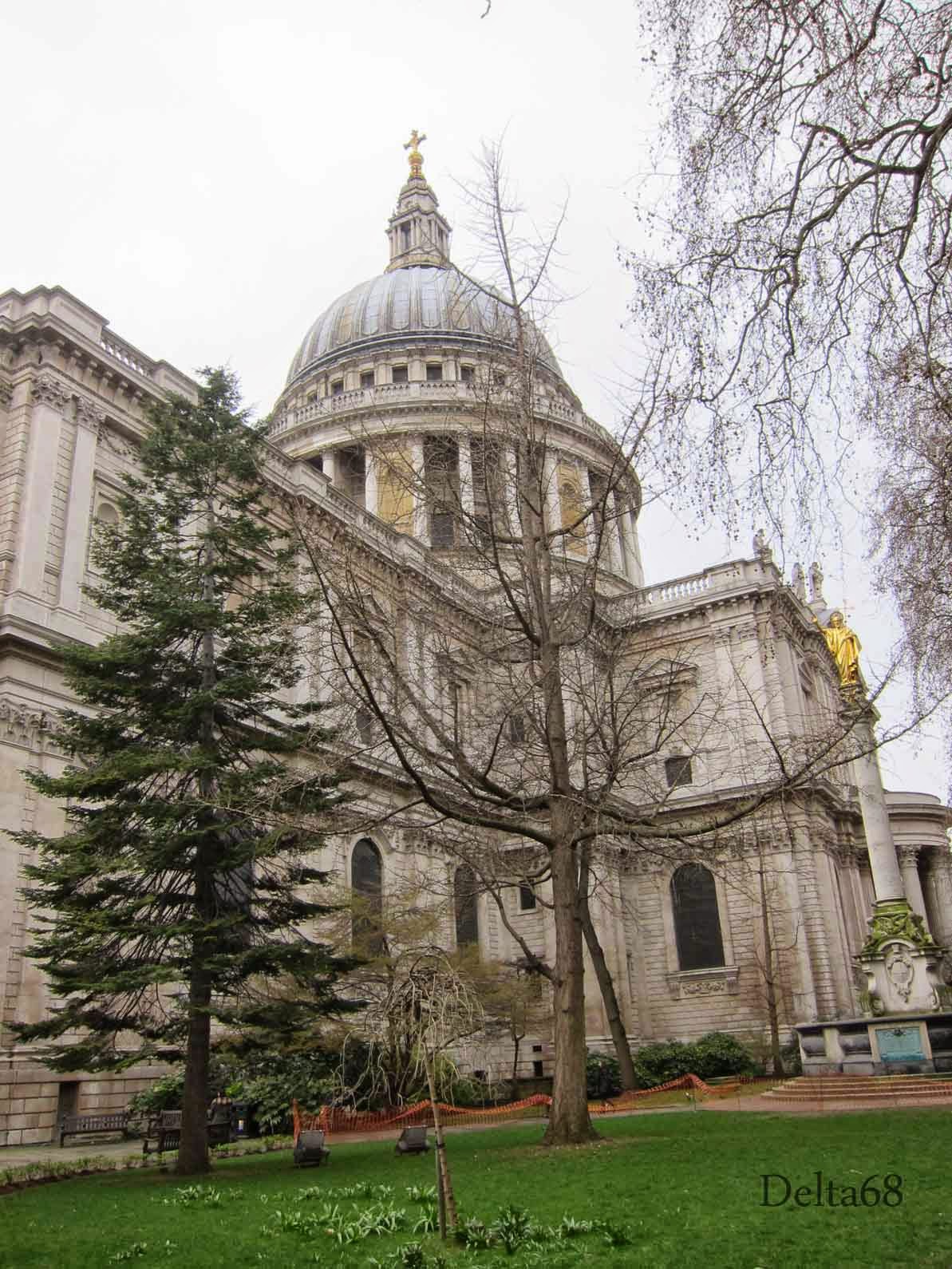 We caught the 7:05 train from Warwick Parkway and arrived at London Marylebone at 8.30, then it was straight onto the tube to St Paul's Cathedral, stopping off for cake and coffee on the way of course

St Paul's Cathedral opened to visitors at 8.30am so we decided it would be best to go there first before the crowds. 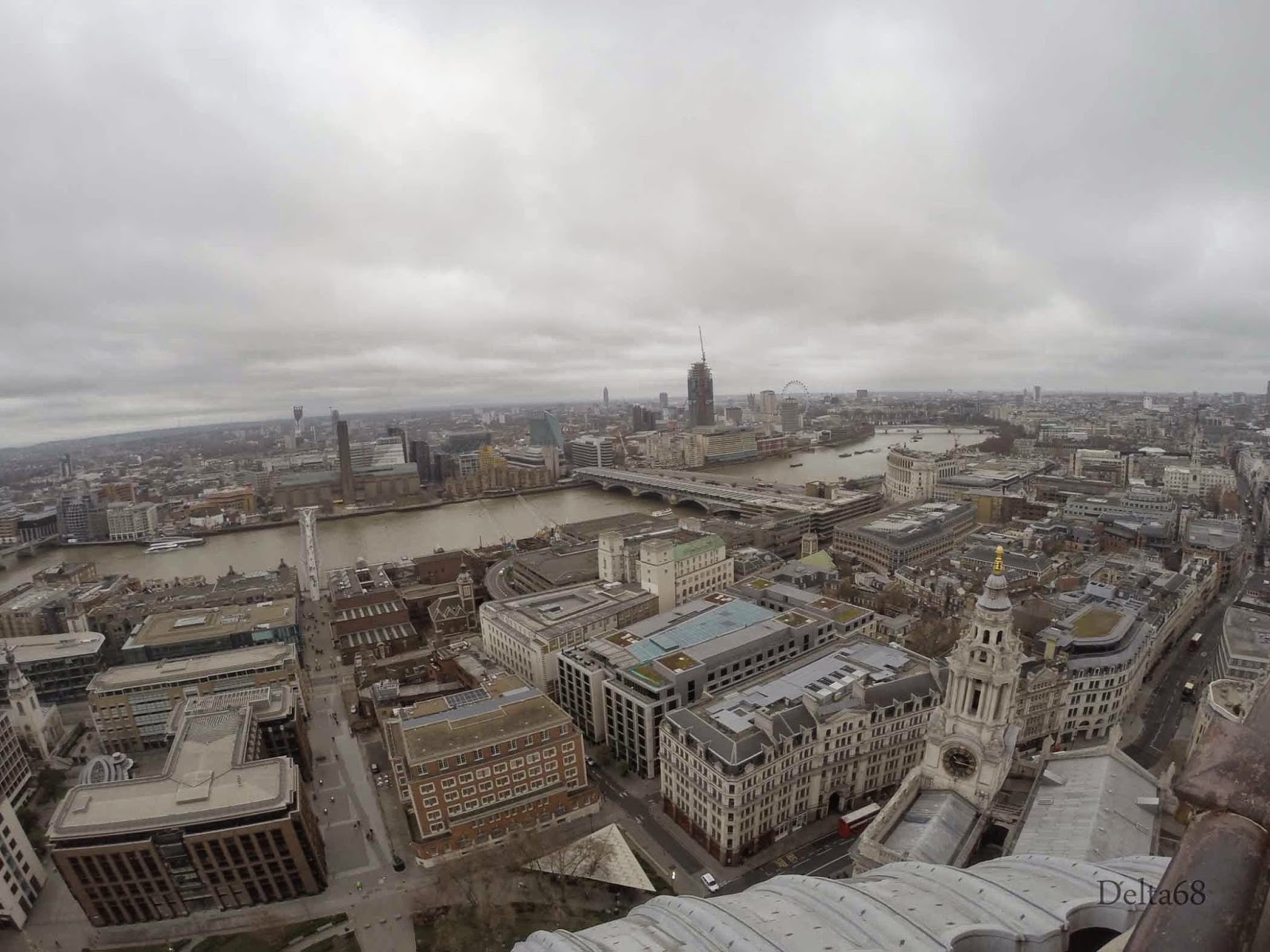 The Golden Gallery Virtual (167 favourite points) at St Paul's Cathedral has been on our to-do list ever since we started caching as we've always enjoyed finding virtuals as it's quite rare they're not in interesting places.  So today was the day to finally tick this one off the list.  I had pre-booked the entry tickets on-line, this saves £1 on each ticket and also means you can have fast-track entry and if you gift-aid you can have free return visits for 12 months.  At £15 each the entry is quite steep but I would say it was definitely worth it, we spent a good couple of hours looking around, you get a free audio tour and are able to go right up into the Golden Gallery which is where you need to be to do the virtual.  It was quite a climb up the 528 steps but a fantastic view at the top.

Part of the way up you get to experience the Whispering Gallery, I was really excited about seeing this as Mark had visited St Paul's years ago and had told me about it - I walked around the other side in the hope of hearing Mark whisper from the other side of the dome but it was rather noisy so very difficult to hear.  There are other Whispering Galleries around the world but St Paul's is the place where whispering-gallery waves were first discovered by Lord Rayleigh c.1878.

I was hoping to take photos inside the cathedral but unfortunately photography was not allowed only outside from the Golden Gallery at the top. 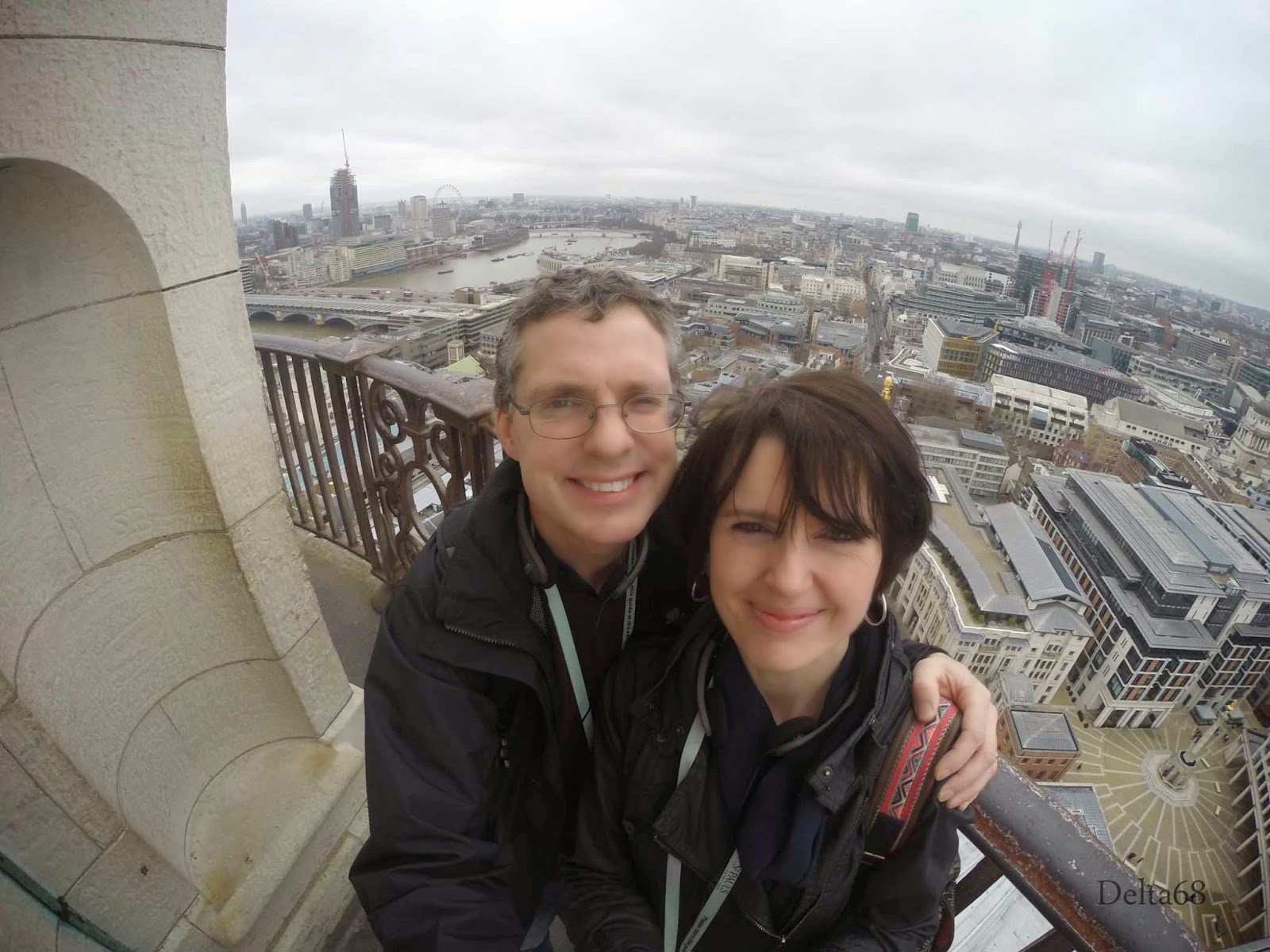 During the week I noticed that the Shaun in the City sculptures were on their way to London and would be arriving in time for our visit today.  So although we knew we wouldn't have time to go Shaun spotting all day we would at least look out for them on our route and we managed to see a few of them. Out of a possible 50 we spotted 8.


Next on our 'favourites' tour was: Wobbly Bridge with 127 favourite points.  This cache is placed near the Millennium Bridge.  The steel suspension bridge was nicknamed by Londoners as the 'Wobbly Bridge' after charity walkers taking part in an event crossed the bridge and felt an unexpected swaying motion, the bridge had only been open two days! The bridge was closed later that day, and after two days of limited access the bridge was closed for almost two years while modifications were made to eliminate the wobble entirely.  It reopened again in 2002.

Winchester Geese was next on the must-do list - it's been active since 2007 and has 315 fave points to date.  The co-ordinates take you to an unconsecrated graveyard where the prostitutes and paupers of the Borough were buried from medieval times until the 1850's.  It is believed that 15,000 are buried here.  In medieval times the prostitutes of the area (known as the Winchester Geese) were licensed by the Bishop of Winchester but were denied burial in consecrated ground. The graveyard was later used as a paupers burial ground. The graveyard was rediscovered when bodies were found during the building of the Jubilee line.  Since the bodies were discovered a local group called Friends of Cross Bones have been campaigning to get a small memorial garden for the forgotten dead on this site and when we visited we saw that this memorial garden was well under way.


We were lucky that we'd arrived just in time for the open afternoon and we were able to have a walk around the small garden and see the progress.  We would never have known about this place if it weren't for this amazing hobby.

From here we walked to Father Thames and The Mermaid (AS TIDES GOES BY) with 342 favourite points since May 2012.  We had heard about this one and knew it was best attempted at low-tide, we had no idea if the tide would be in or out when we got there so it was pure luck that we got there and the tide was well out and we were able to walk to it with ease.  This was a brilliant one and we thoroughly enjoyed it, highly recommended it and it was in such a peaceful spot away from the hustle and bustle of the crowds. 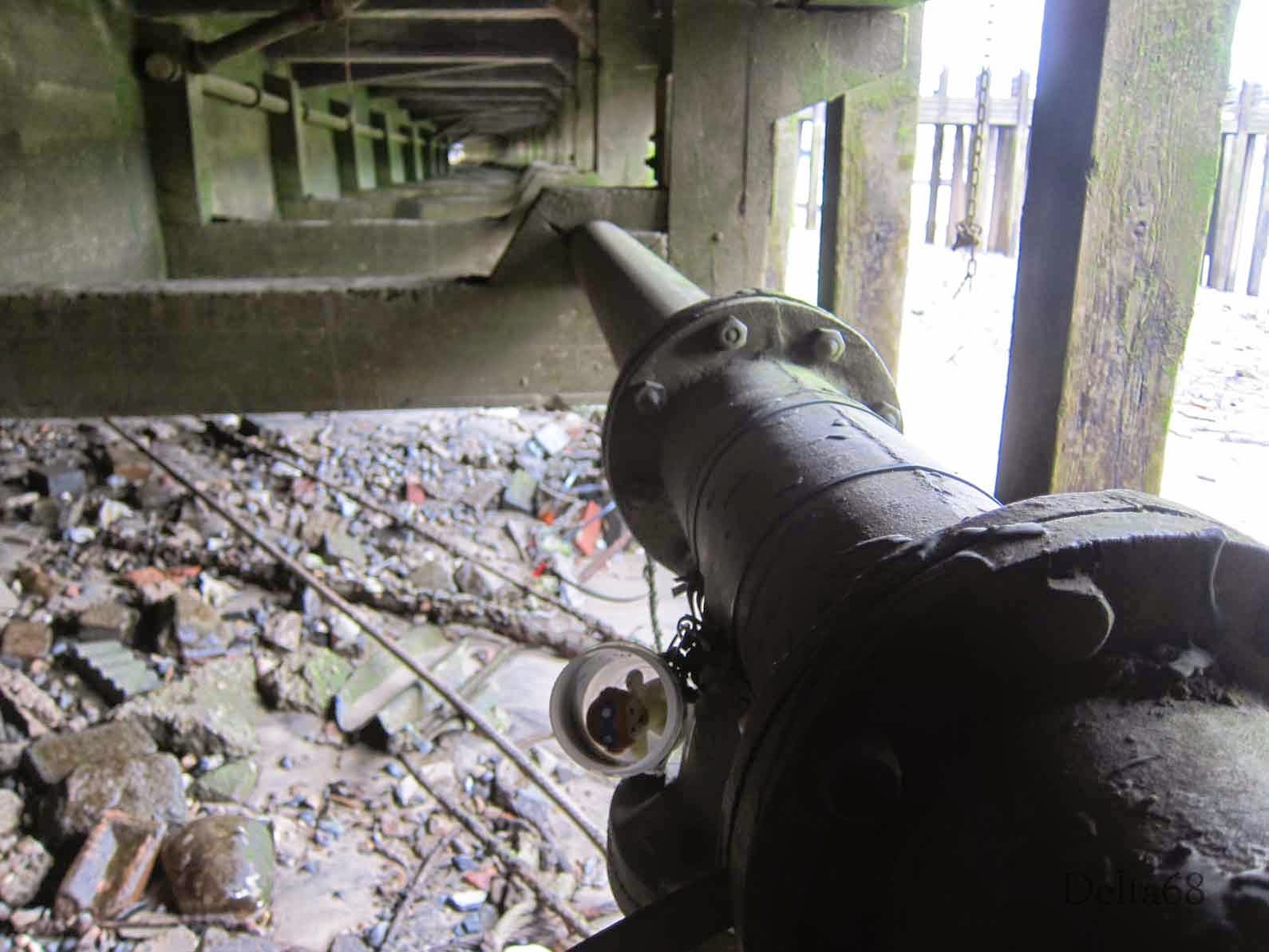 Next one on our planned list was LQ: City.  Although we have found caches in all the mainland counties in England we have yet to find all the LQ caches so we have been making a concerted effort this year to find them if we are in the vicinity.

Then it was a tube ride and a short walk to Trafalgar Square which has been given 157 FPs since September last year.  We had heard quite a lot about this one recently so we added it to our to-do list for today.  We were lucky to go straight to it and it really was an excellent hide. 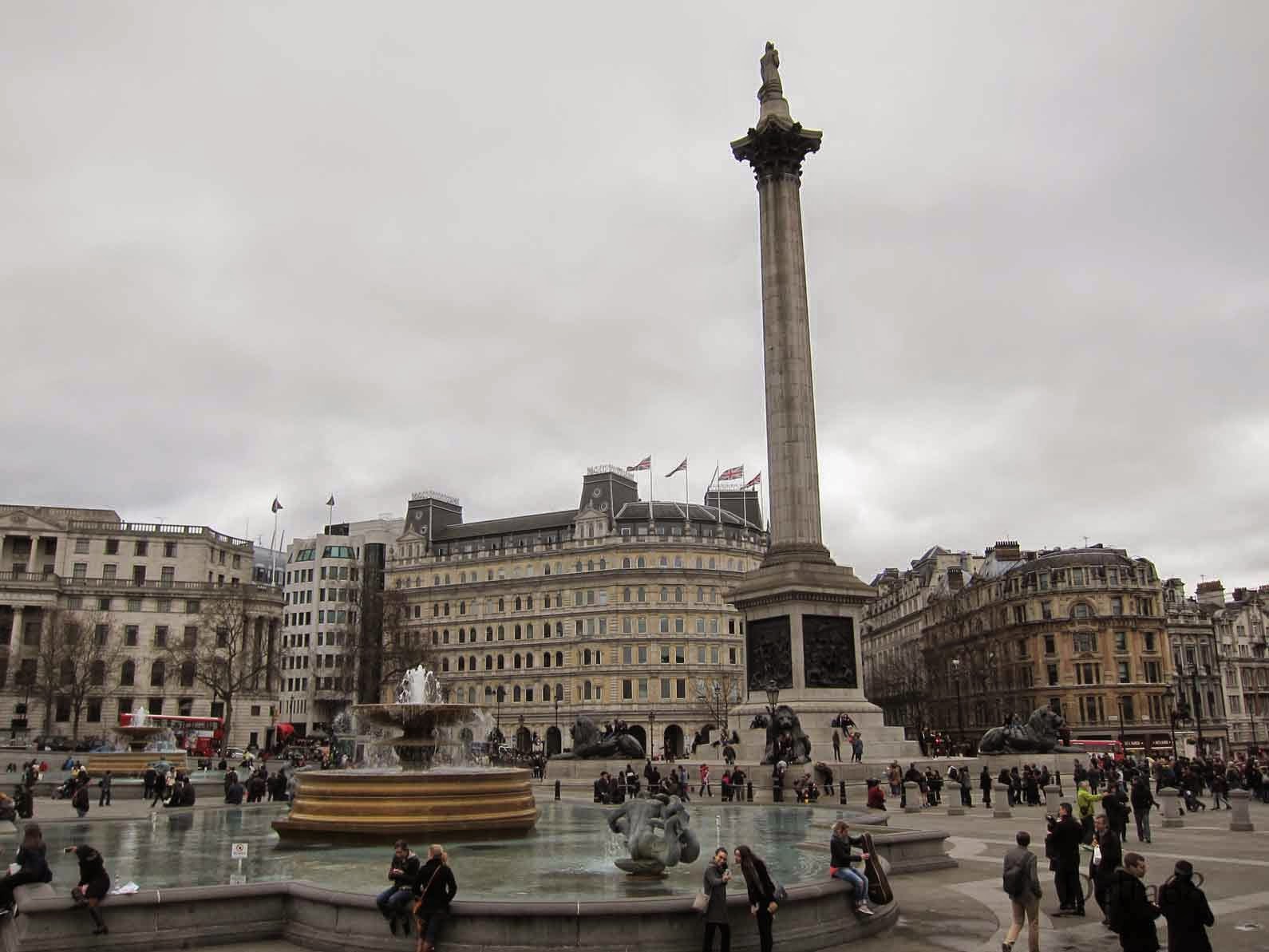 I have been looking forward to going to Neal's Yard for quite some time, ever since I saw a photo of the little narrow street as it reminded me of some of the lovely places we've been on our travels in Belgium and Holland.  The cache there is called Reflections of Neal's Yard and a lot of stealth is required to retrieve it, the name makes a lot of sense once you get there.

Then it was back on the tube to Oxford Street and Regent Street for a bit of shopping before running for the tube to catch the train back to Warwick and home again.

A brilliant day, can't wait to go back to London, we hope to plan another trip again soon.

Email ThisBlogThis!Share to TwitterShare to FacebookShare to Pinterest
Labels: London