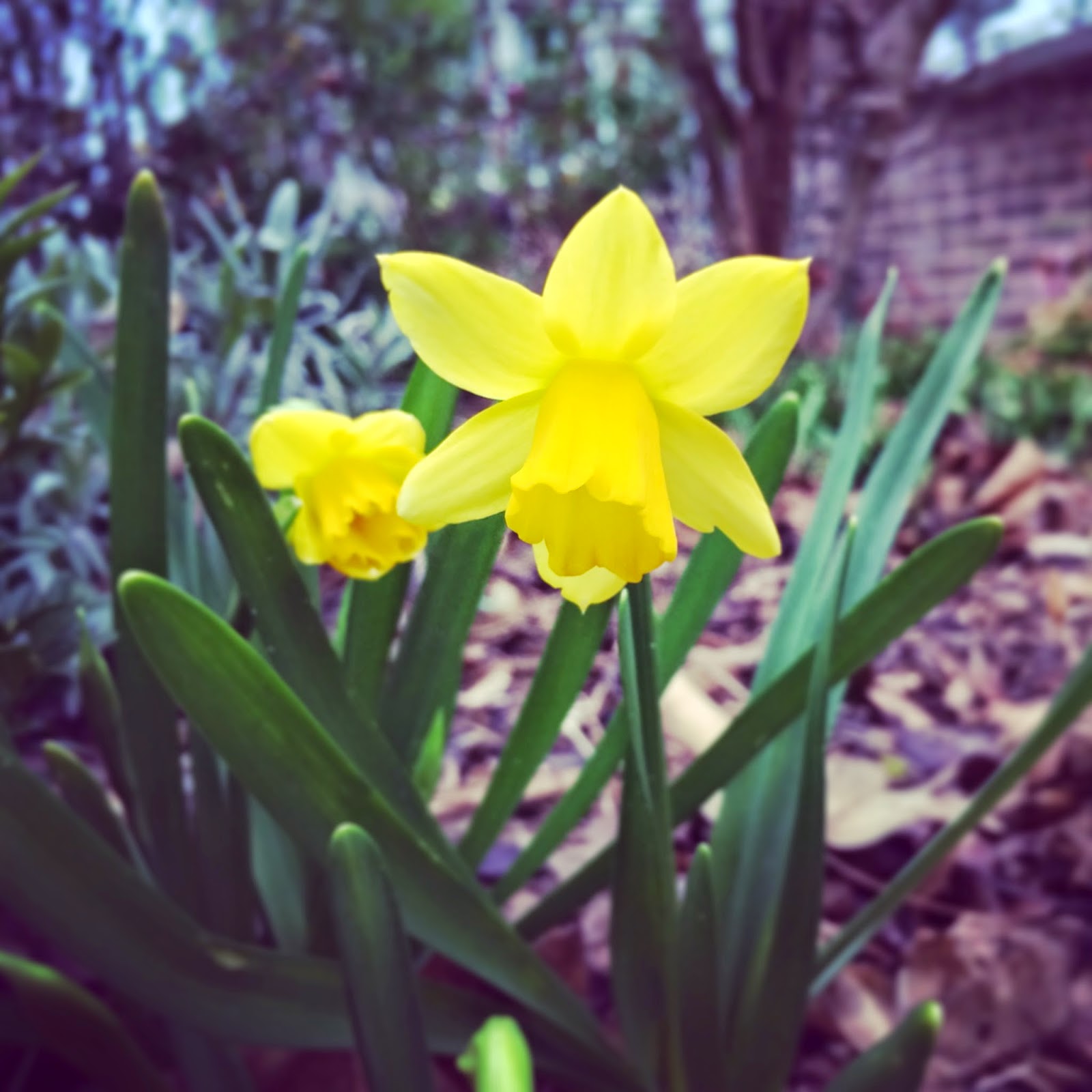 Wow, where is the year going, is it really March already?!  This is the first blog entry of the year.  We've enjoyed a couple of trips so far this year but unfortunately haven't had time to write about them as we've been busy with non-caching related commitments and work keeps getting in the way too

The plan for today was to find LQ: Dorset before heading into Dorchester.  We haven't found many of the LQ series so thought that we'd make a concerted effort to look them up if we're in the area this year.  LQ Dorset was in a nice little spot on the coast, overlooking the sea, just a short walk from the car and a good opportunity to bag a trigpoint not too far away.

This was our first visit to Dorchester.  Dorchester is the county town of Dorset, the author Thomas Hardy lived here and Dorchester was the inspiration to his novel The Mayor of Casterbridge which was based on the town. 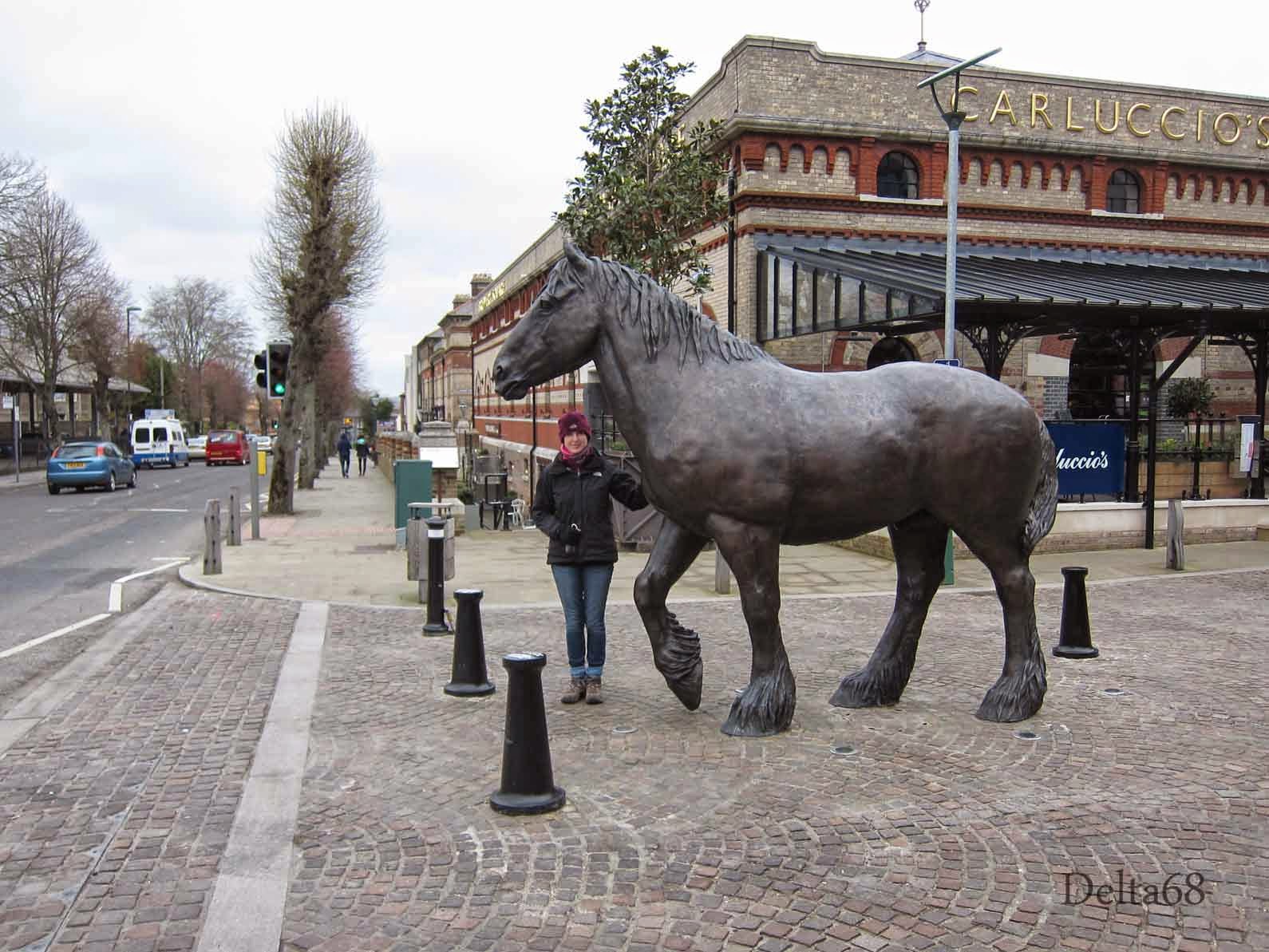 Our main priority was to play the Wherigo but we also had a few others caches on our to-do list.  We did a very interesting 8 stage multi and also gathered info for a puzzle as we walked around doing the Roamin' Around Durnovia series.

We can highly recommend The Loft cafe which was down a quaint narrow street called Antelope Walk, we stopped off whilst doing the Wherigo for coffee and cake.  It is quite well known that I am partial to carrot cake, I love making them and friends and family regularly request them but I mostly enjoy eating them.

On Saturdays, if at all possible, when we are out caching, I look out for cafés and coffee shops that sell carrot cake.  The Loft looked just the place that would sell carrot cake but when we went inside, much to my dismay, there was no carrot cake so we very reluctantly settled for some Chocolate Guinness cake.  What can I say! WOW WOW WOW! It was the most amazing cake I've ever tasted!  Can't believe I'd never tried any before or let alone even heard of it!  After posting a photo of this gorgeous cake on Facebook, a friend has provided me with the recipe!!  I could talk about amazing cake for hours on end but back to the caching...

At the end of the Wherigo we went back to the car to get our bikes so we could continue exploring the town and find a few more caches until it got dark.

On Sunday we checked out of our hotel and headed off to Glastonbury stopping off for a challenge cache on the way.

The old cache on Glastonbury Tor has been on our to-do list for a long time so we decided we'd spend the morning in Glastonbury.

Glastonbury is very much a 'New Age' town due to the myths and legends surrounding the nearby Tor and also the proximity of ley lines to the town.

The walk up Tor was very windy but was well worth it for the views at the top. There is a roofless stone tower at the top, called St Michael's Tower which is a grade 1 listed building and was built in the 14th century. The original wooden church was destroyed by an earthquake in 1275.

We came across some Tibetan Prayer Wheels on our walk around the town.   The Sanskrit mantra 'Om mani padme hum' is carved onto the wheels and it is said that the effect of spinning the wheels is the same as reciting the mantra as many times as it is duplicated within the wheel. 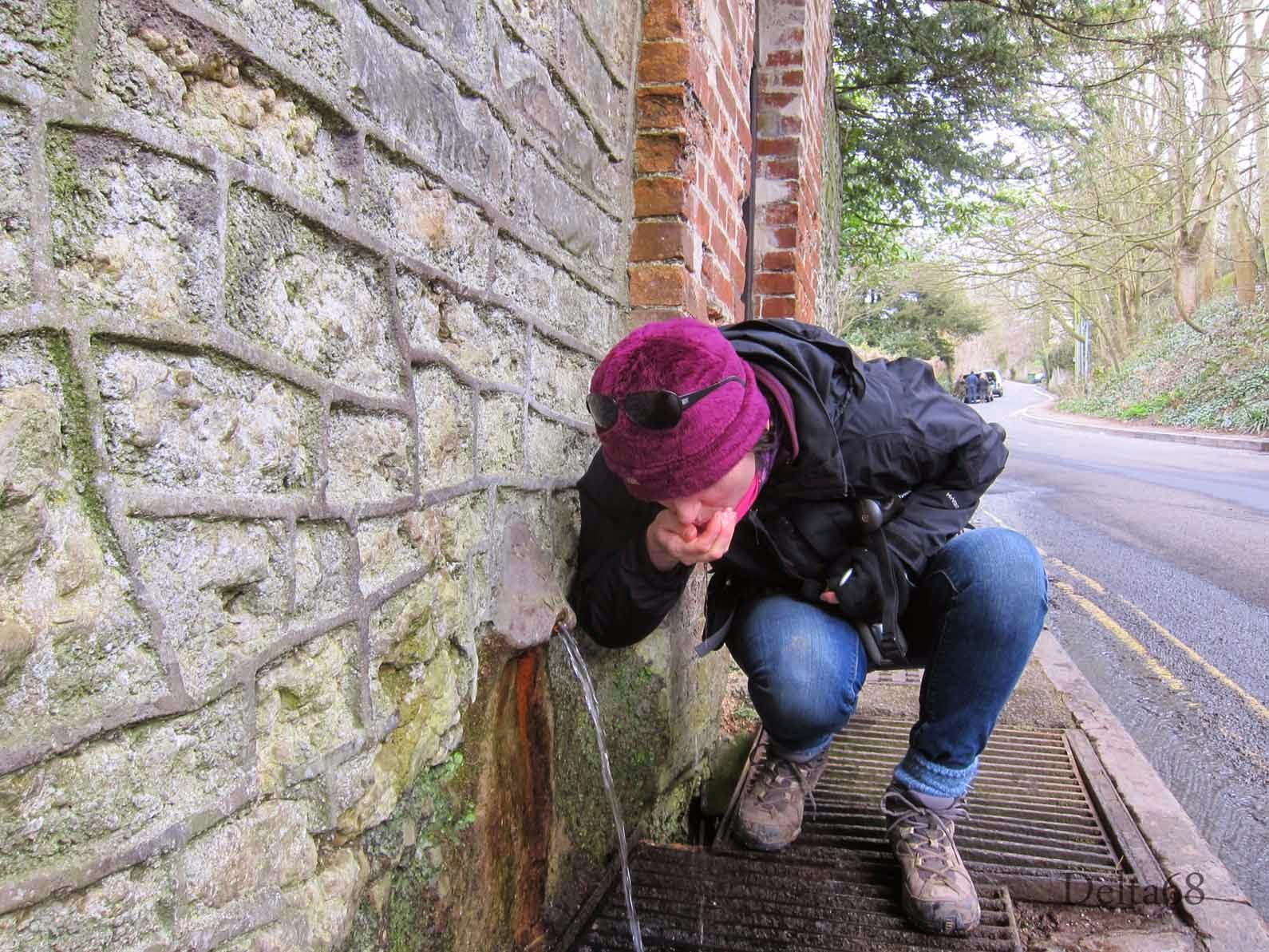 We visited the Chalice Well earthcache after our walk up the Tor.  At the spring we had to taste the water, we won't give anything away so as not to spoil it for others but safe to say it tasted nicer than the Harrogate spring water. 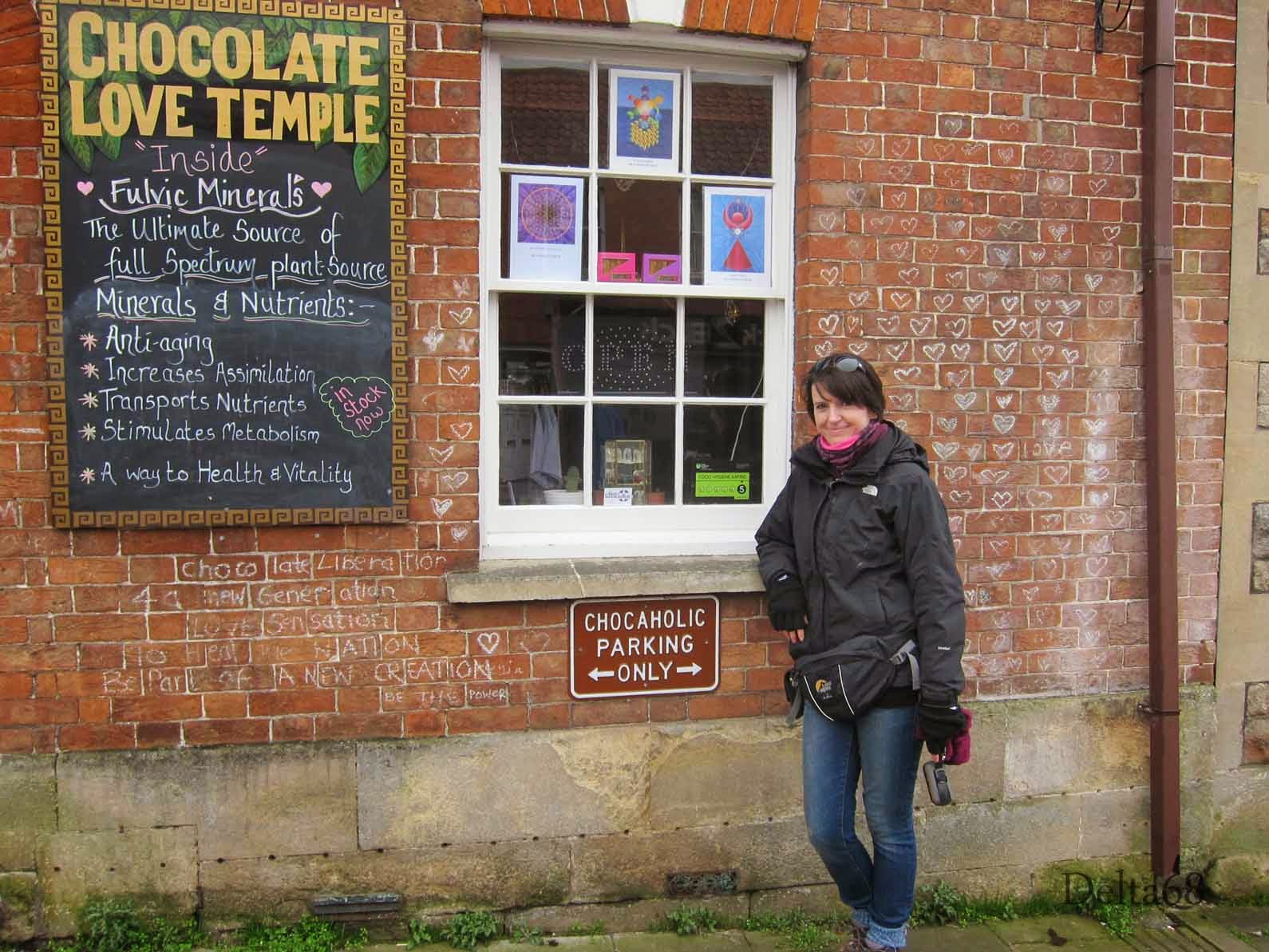 It was great fun exploring this interesting little town.  Oh and no trip would be complete without the obligatory coffee and cake which amazingly, the first café we stopped at had Chocolate Guinness cake!!  So of course we had to sample it.  This was at Heaphys café, Market Place, which we can highly recommend, lovely coffee.

All too soon it was time to leave Glastonbury and head off to the Cotswolds where we were due to attend the Cotswold Caching Event.  This was the 2nd event of its kind and the idea is that it will move around the Cotswolds bi-monthly throughout 2015.  This time it was at The Fox Inn at Great Barrington.  It was good to catch up with a few friends before heading home.