A VERY BUSY MAY


A quick note about our blog:

I won't be updating this page regularly now as I've just started a new full-time job and this means I now have no time during the week for blog writing (but more money for caching trips ........ every cloud and all that

) so I'll now only be updating this page when I have the time.  I've really appreciated all the feedback and positive comments and I'm glad some of our trips have been inspiring to some of you.

So here's a summary of what we've been upto over the last couple of weeks:

We enjoyed a short break in Cornwall.  We haven't visited since 2009 so were really looking forward to our trip.  There have been a lot more caches published since our last trip too so we decided that on one of the days we would tackle as much of the Halo series as possible.  We decided to do the Southern loop and if there was time continue around the Northern loop.  As it happened the walk took us quite a bit longer than we'd first anticipated, mainly due to the fact that on the cache listing it says the complete walk is 21 miles when in reality just the southern loop we made to be 24 miles!  Also we were stopping frequently, thinking we had plenty of time, as there was so much to see en route.  The weather slowed us down too as it was mixed, hot sunshine one minute pouring down the next so waterproofs were going on and off and most of the terrain was quite hard going, a lot of road walking, bumpy bridleways and an awful lot of up-hills and down-hills.  At the end we were really glad to see the car as we were both very tired and our feet were very sore.  We completed the 24 miles in 13 hours. 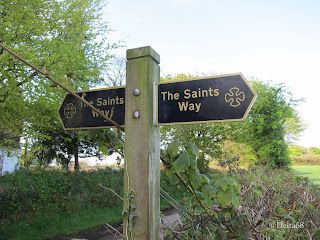 But on the whole we had a fab time doing the walk, a real challenge but great fun. 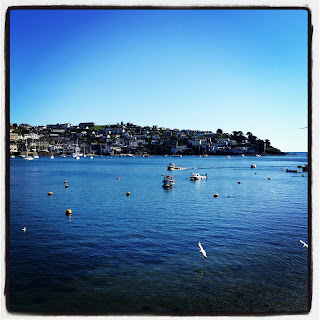 Whilst doing the Halo series we walked through the little town of Fowey situated at the mouth of the River Fowey, a beautiful place with narrow streets, I spotted something in a shop window that I wanted to buy for Beth but it would've been impossible to carry it on our walk so we so we decided we'd return the following day to buy it and explore properly.  We got talking to the shop owner, they had come here from Northern Ireland in the early 90s, settled here and bought the shop and never looked back...... sounded idyllic and really got me thinking............

For the rest of the time we concentrated on finding a few key caches on our to-do list - We found a few wherigos,  I'm not usually a big fan of them but since Mark's had his own Oregon I've started to enjoy them a little more - Out of all the ones we did this was our favourite White River Wherigo in fact out of all the ones we've ever done this is probably the best, it was really well thought out, a great story, humorous and a fantastic location for the walk. 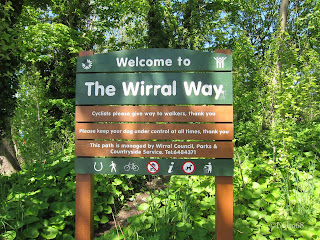 Our main reason for our trip to this area was to complete the Wirral Way caches.  A series of 80 caches plus extras along the Wirral Way, a walk which starts in West Kirby and follows the track bed of part of the former Birkenhead Railway route which closed in 1962, to Hooton. 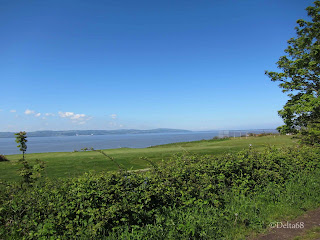 We parked our car at Hooton Railway (80p for the day) then caught the train to West Kirby, changing at Hamilton Square. 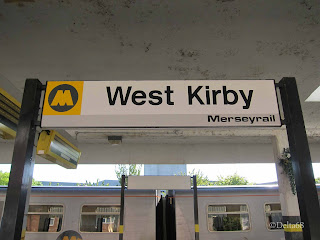 Once at West Kirby you literally cross the road and start walking down the Wirral Way and back to the car.

We were so lucky with the weather, the sun shone all day and for once we didn't need to worry about carrying waterproofs. 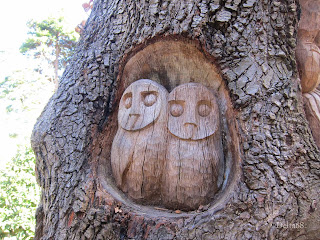 Really enjoyed the walk, meeting lots of really friendly people along the way.  It's a really busy route so although all the caches were straightforward finds the tricky bit was waiting for gaps in the muggle traffic so that really slowed us down at times.

Great views to be had all along the route, then after 7 hours of walking we were back at Hooton and the car.  We made the route to be 14 miles altogether. 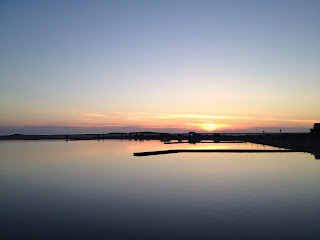 So for the rest of our stay in the area we did a couple of webcams, some Wherigos, a virtual and a trigpoint. 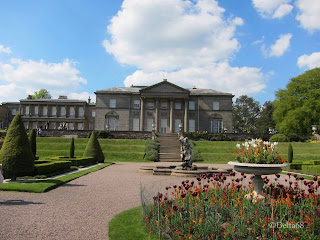 On our way home we stopped off at Tatton Park as there was a Wherigo we wanted to find in the grounds.  We had a great afternoon there, although we had to pay to park we were able to look around the gardens for free as we're National Trust members.

Then all too soon it was time to head back home after another fun-packed trip.
Posted by Donna and Mark at 14:22