The forecast was for rain all over the country this weekend and if we weren't still waiting to move into our new house we'd have stayed at home in the warm and dry but we thought we'd attempt a walk anyway.

We decided to head over to Saddleworth area and hopefully attempt a couple of walks. 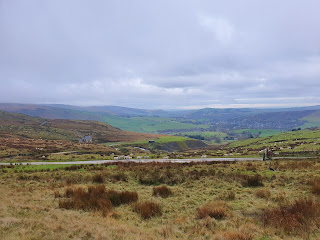 We set off on the Wriggle@Diggle series and after a very short distance we were battling with heavy rain and high winds, it really wasn't pleasant, the views were amazing so we were keen to press on but the walk became hard going so we headed back to the van for coffee and shortbread - yum yum.

We'd spotted an old cache from 2002 along the Pennine Way on Standedge and as it looked a fairly straightforward there-and-back walk of about 3 miles we decided to go for that instead. 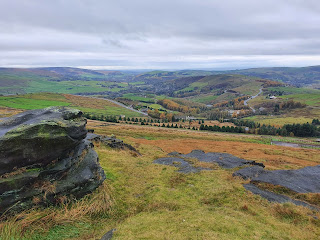 Bagging a trigpoint along the way. 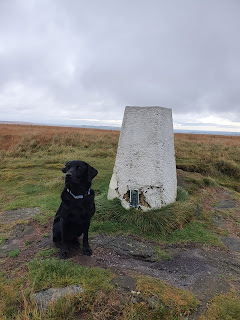 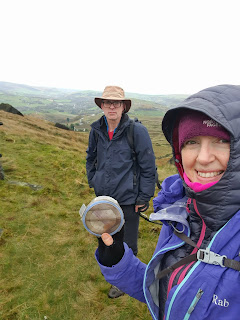 We then made our way back to the van as we'd had enough of being blown around by this point.
There were a set of Adventure Labs we were keen to do on Pule Hill so we parked up and waited for a gap in the torrential rain, eventually the rain slowed down and we attempted the walk but soon gave up as we the rain came down even heavier.  We're not normally put off by a bit of rain but this was crazy! 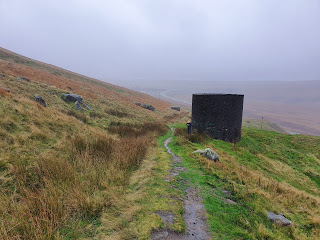 So we headed down into Dobcross for a walk around doing the Adventure Labs there.  At least we could use an umbrella to stay dry as it was less windy on lower ground. 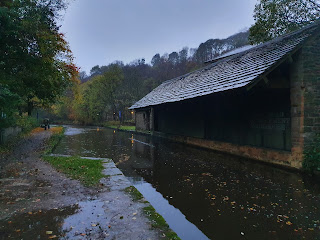 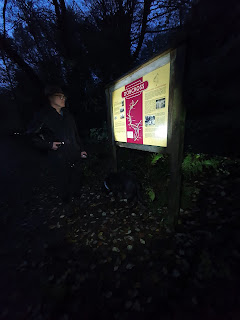 Up bright and early to the sound of rain - doh.

Luckily by the time we'd had our breakfast the rain had stopped and we were able to enjoy a walk along the Huddersfield Narrow Canal from Marsden to Linthwaite and back, a walk of about 6 or 7 miles including a couple of detours. We did the set of Adventure Labs plus a few other caches, including one we'd DNF'd a couple of years ago. 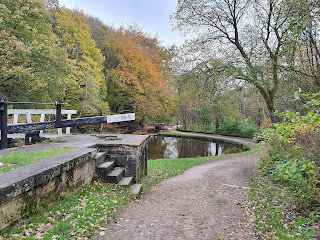 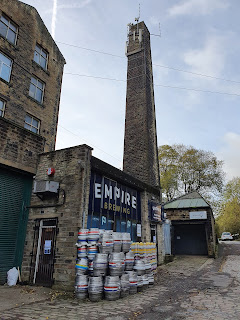 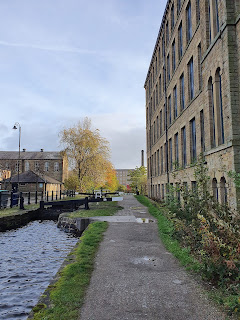 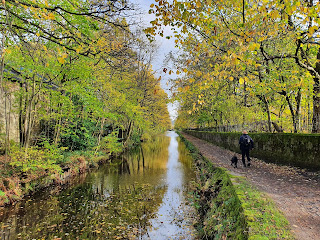 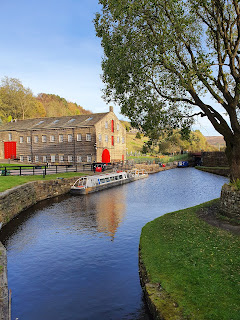 It's hard to believe it's the same weekend but the weather is a complete change from yesterday so mid-afternoon we headed back to Pule Hill to do the Adventure Labs there. 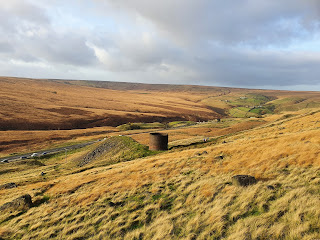 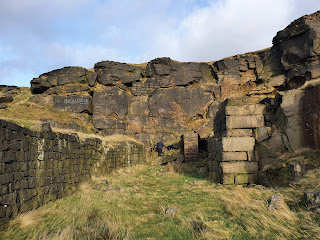 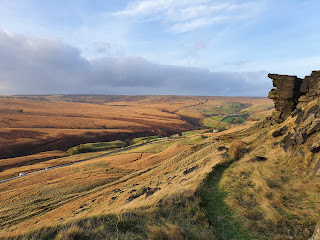 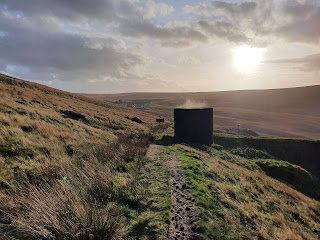 And there we go, another weekend over too quickly.