After keeping an eye on the weather report all week, Saturday looked like a good day for a spot of Wainwright bagging. We chose a walk in the Eastern Fells taking in four Wainwrights. We haven't been up to the lakes for a few weeks and bearing in mind his knees are still causing a fair bit of pain, Mark chose what looked like a nice and easy route to get back into the swing of things

We parked at Cow Bridge car park to start our walk. 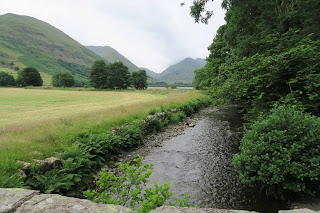 From the car park we followed the path alongside Brothers Water in a roughly Southerly direction following the public foot path along Caiston Glen until we reached a point the stream passes through a wall (or the wall crosses the stream). 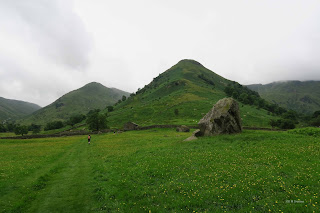 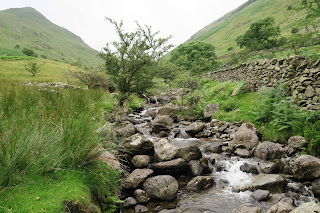 We then took an East/South Easterly route following the wall up to the ridge and then continuing on up the ridge making a ridiculously steep long slog up to the summit of Middle Dodd. 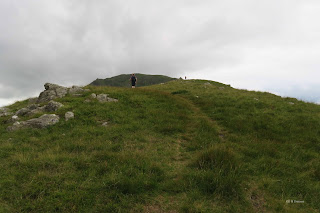 We got there in the end though!

We stopped at the summit for an early lunch before continuing on to Red Screes.

The path from Middle Dodd to Red Screes is very clear and although it looks like quite an increase in elevation, it's not very noticeable really. 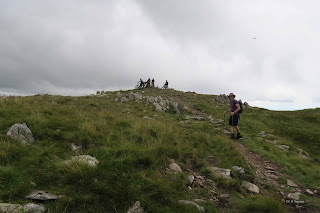 There were a number of lads on MTBs as we approached the trig point, they were just stopping for a breather before continuing on their route.


We got talking to another very friendly Wainwright bagger and she told us that she was doing the same circuit as us but in reverse and she warned us that the path marked on the  map was none existent and she had spent half an hour trying to find it.  So luckily we were prepared when we also couldn't find the path.

We soon found our way to Little Hart Crag stopping to talk to other walkers that had come from Ambleside on their way to Red Screes.

After bagging High Hartsop Dodd it was time for the long descent back down to the barn and back along Brothers Water to the car. 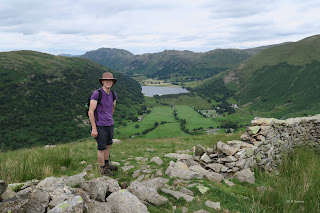 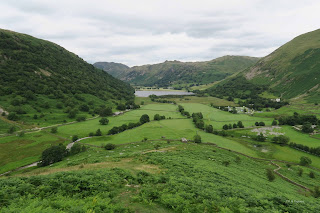 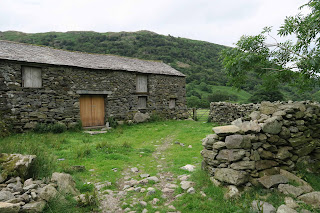 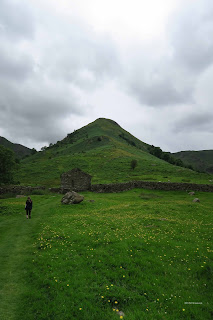 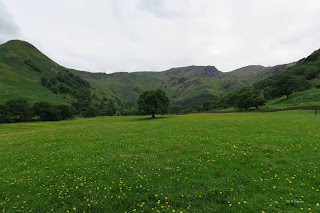 Even though the sun had been hidden by cloud most of the day I still managed to get sunburnt!

We normally seem to finish a walk and get back to civilisation just as the shops have shut but we made such good time today that we were able to spend a pleasant couple of hours browsing the shops in Ambleside before having a well earned coffee and pasty and heading home.

Total walk about 9 miles and a handful of caches.  Such a fabulous walk!