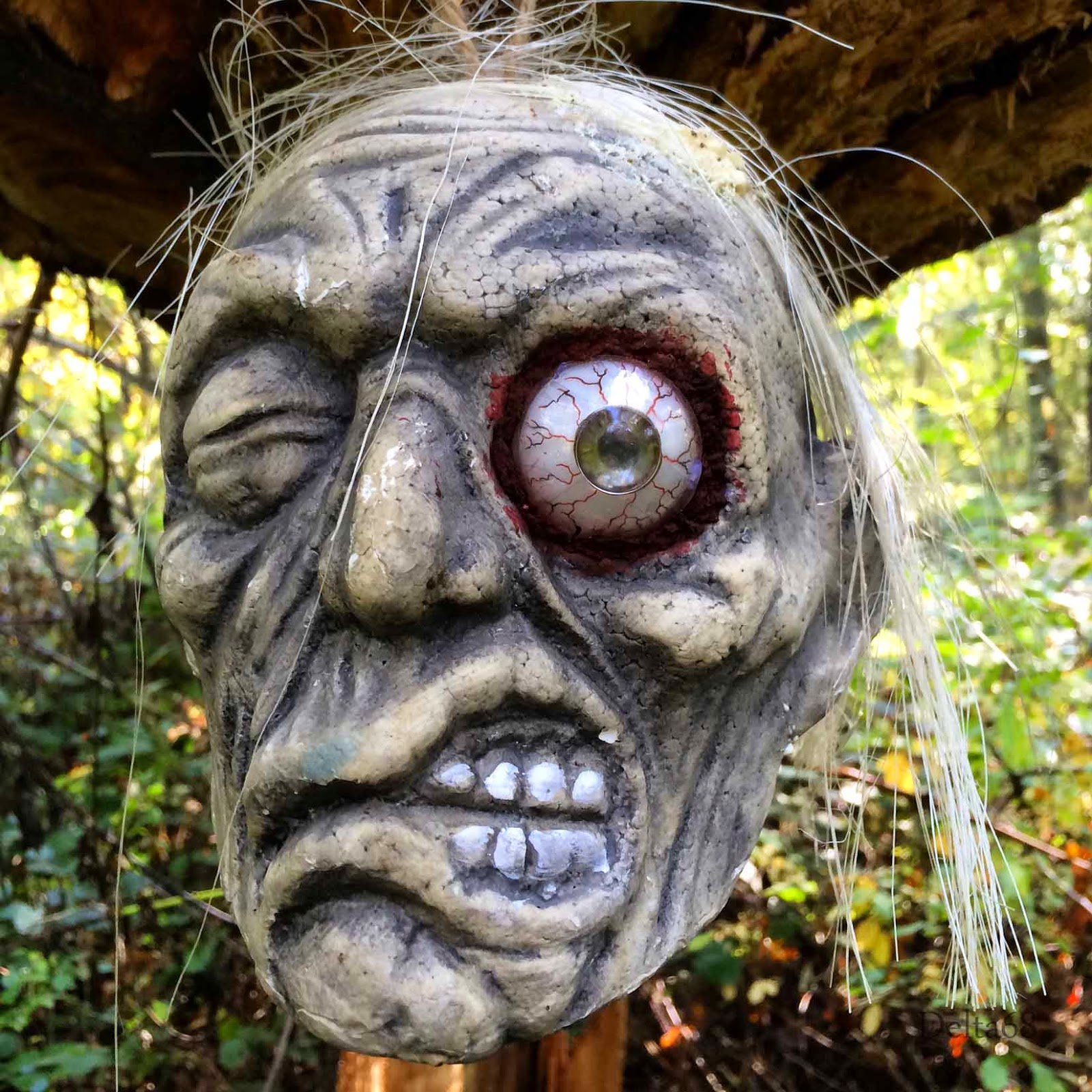 We were staying at the Travelodge in Kettering so it was nice and convenient for the Friday evening welcome event at the Brewer's Fayre just a couple of miles down the road.  Arrived about 6:45pm and the event was in full swing.  We enjoyed a lovely meal then spent the rest of the evening chatting with lots of friends.  A really great event.

We got up nice and early as we had planned to play the Whack-a-Lackey UK wherigo before heading to the CITO.  For the Wherigo, you can play it anywhere but it needed to be within 20 miles of the listed co-ordinates and to gain the co-ordinates you need to score 700 points.  We managed to find a large playing field, there were 6 football pitches in total so plenty of space to run around.  We ran around for over half an hour and the highest score we could get was 240 points so as we were keen to get to the CITO for the start time of 7am we decided to leave it until later on to have another go.

We were the first to arrive at 7am, we had our own grabbers so just took a bag each and off we went.  As it was so dark we initially stayed near to where we'd parked and as it got lighter we ventured into the woods and were soon joined by Stillroaming and Turner Tribe plus some other cachers and we soon happened upon Green Giant, Mr StillRoaming was soon up the ladder and looking for the cache, he signed us all in but then we each took it in turns climbing up to claim the cache as it was such a high terrain rating.  After an hour we returned to the parking with our full bags.

Then it was off to the main event.

We arrived about 8.30am and were directed into the temporary car park - we were a bit concerned at first that there might be a few cars getting stuck later but the field was quite well drained and the Mega team did a brilliant job of marshalling everyone into the field. 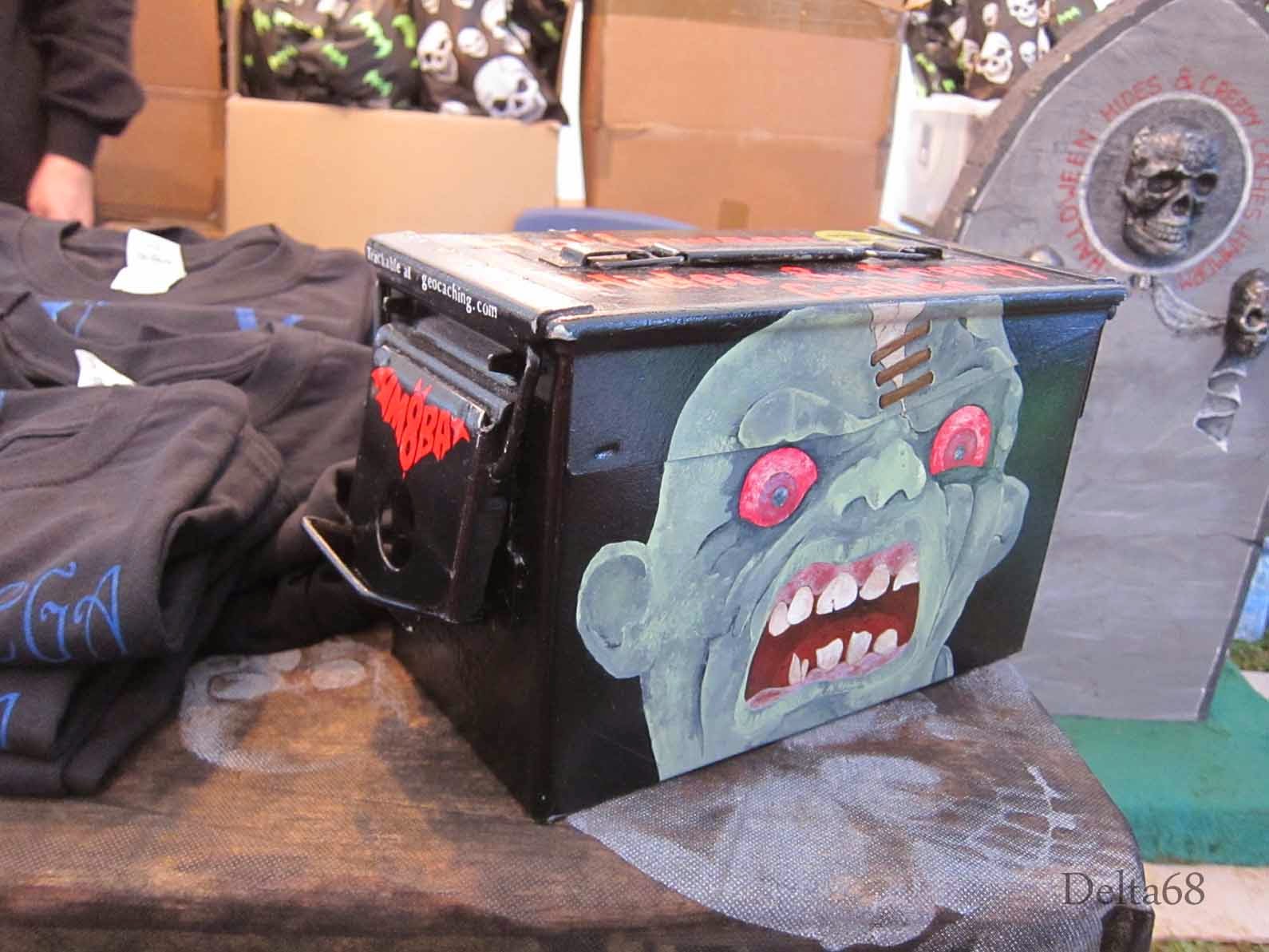 There was a marquee with a few stalls and there was a local wi-fi access point with the ability to download GPX files for the new caches but this seemed a bit hit and miss depending on the device you were using. 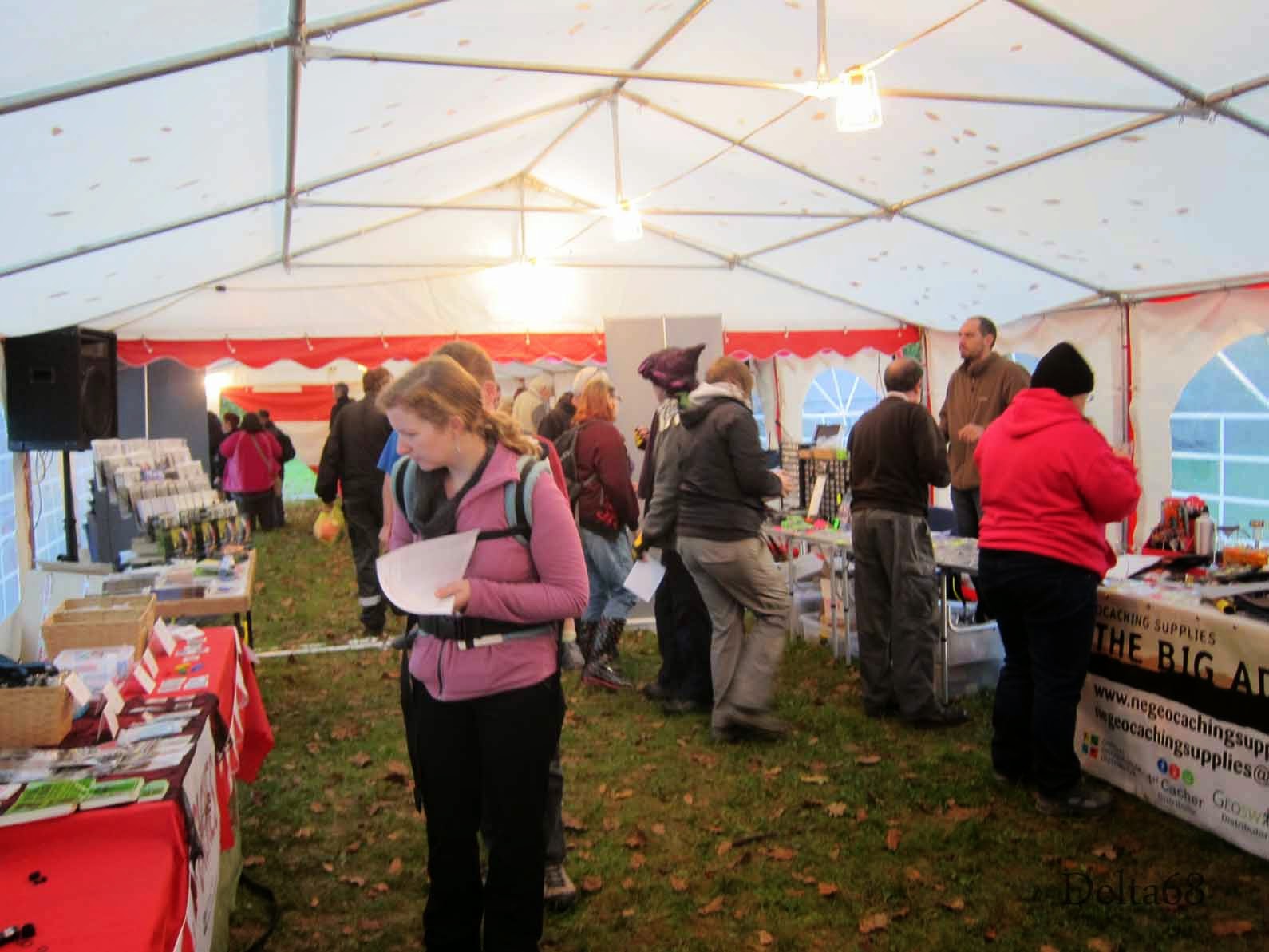 Once we had all the new caches entered in off we went.  We picked off the lab caches as we went around but as we couldn't get a phone signal we entered the codes later on. 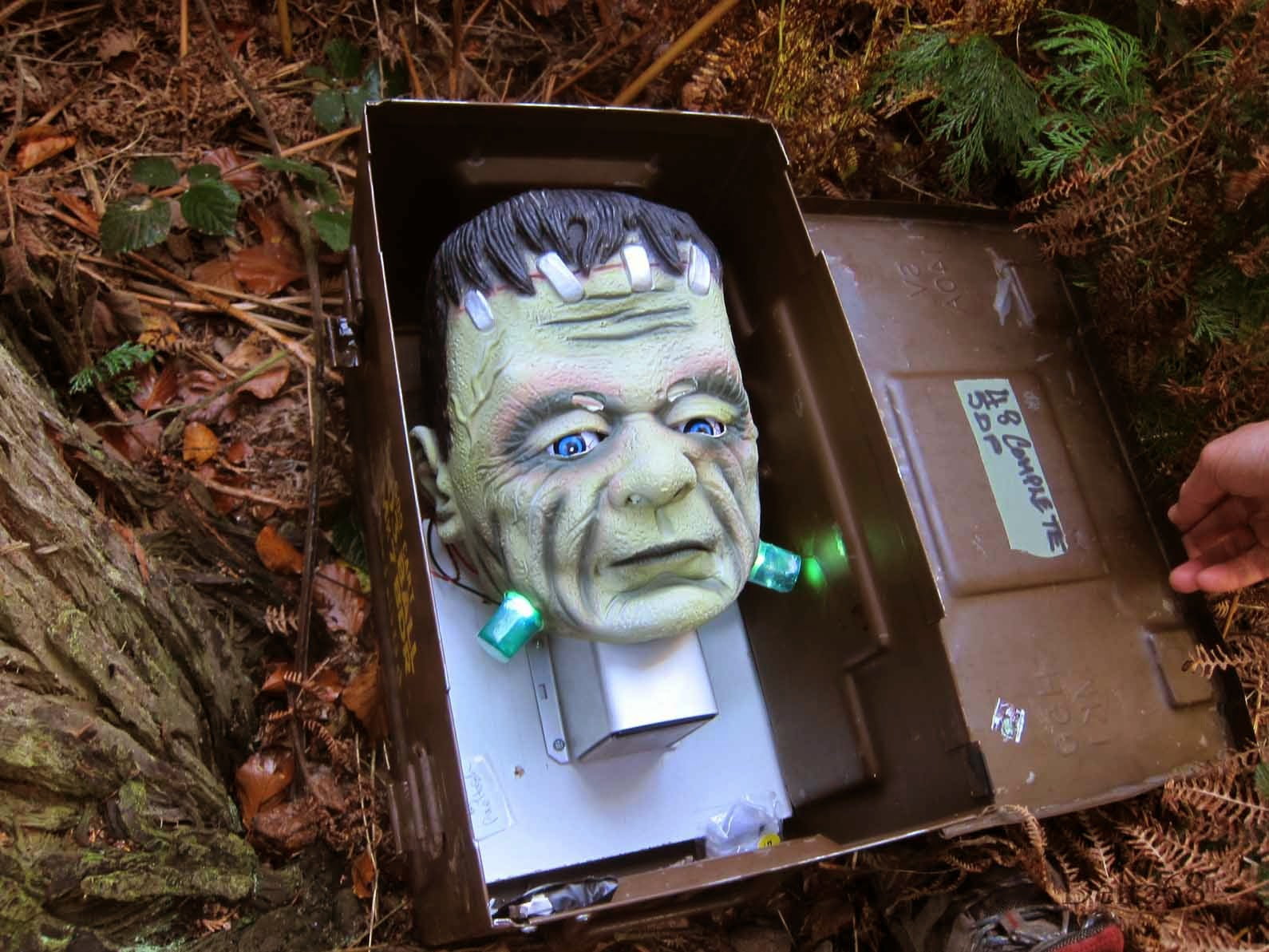 After a couple of caches we caught up with Pir8sOld&New, Sparklefingers and PigDogBoyandGirls so we all continued together for the rest of the caches, this was really good fun and one of the things we love about the mega events, it's such a great way to meet lots of new friends, it took us a while to get around as we kept stopping to talk to lots of cachers.


All the caches including the lab caches were brilliant - our favourite during the day was one of the lab caches called The Coffin, Mr Unowho67 was dressed up as an Ood, which is an alien from Dr Who - it was absolutely brilliant and really made everyone jump, you could hear the screams from all over the woods.
At about 3pm we all stopped for food from the burger van before continuing on for the last 10 caches - after walking 10 miles we were finally finished and it was time to head back to our hotel and then get some tea. 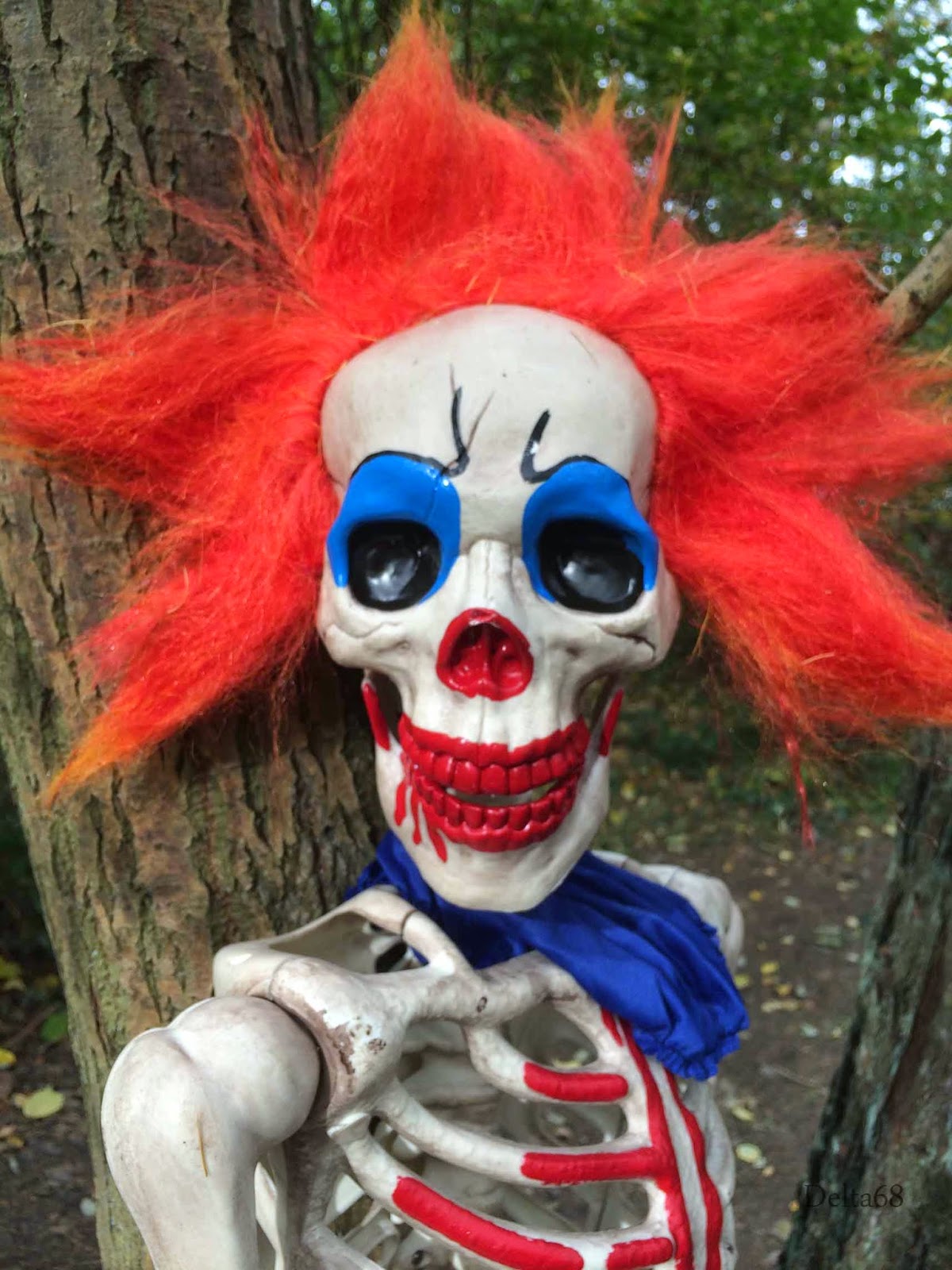 Quite often Mark has to juggle his work with going away at weekends and on the way back to the hotel he got a call so by the time he had finished dealing with that it was too late to eat out so we ended up just dashing to Maccys drive-thru before heading back to the event for the night caches at about 8.30pm.

So on with our scary masks and off we went.

All the caches were brilliantly crafted, we marvelled at some of the creations - our favourite night time cache this year has to be MEGAPHOBIA which was a giant spider in a web, just brilliant, the photo unfortunately doesn't do it justice.  All the caches for the event are only temporary and replaced with ordinary containers afterwards.


After walking around in the dark and the mud for a couple of hours we had found all of the night caches and it was time to go back to our hotel.  We had a brilliant day.
We met a few people throughout the day who had also tried to Whack-a-Lackey and failed, then I ran around with Turner Tribe in the car park and we failed miserably together so Mark and I decided to leave it until tomorrow when we could return to the playing field in the daylight. 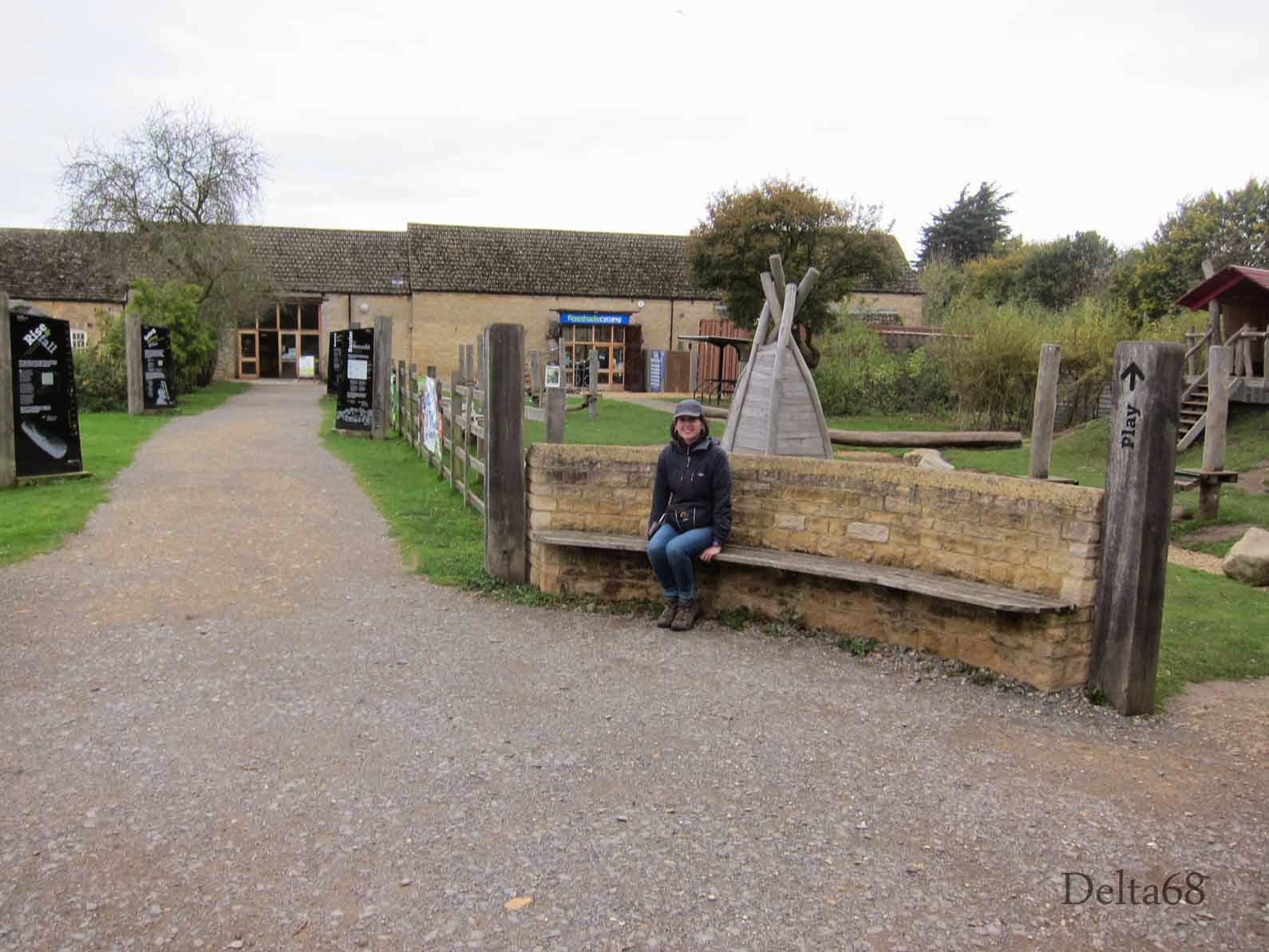 SUNDAY
Clocks going back used to mean an hour or so extra in bed.  Not for us, oh no.

It just meant there was more time in the daylight to inflict pain on ourselves attempting to Whack-a-Lackey. We'd read up on the power-ups and were confident that we'd have more success this time. The park was quite busy with dog walkers and I think a few of them were a bit surprised when we appeared to be running straight at them at full speed only to stop dead and run off in a different direction

.  In the end we had to call it a day as Mark's left knee was causing him severe pain and my hip was giving me grief so we headed back to the car having achieved a best score of 480. On the way to the CITO we stopped off to do a new Wherigo - a nice and easy one this time with a grim but humorous theme.

The Halloween CITO
The wood wasn't actually too bad litter-wise (although all litter is bad) but we managed to pick up a  fair amount each before heading back to the main start point where we enjoyed a good natter with lots of cachers.

All in all a really enjoyable weekend and amazingly well organised especially with the 11th hour venue change and all the extra work that created.